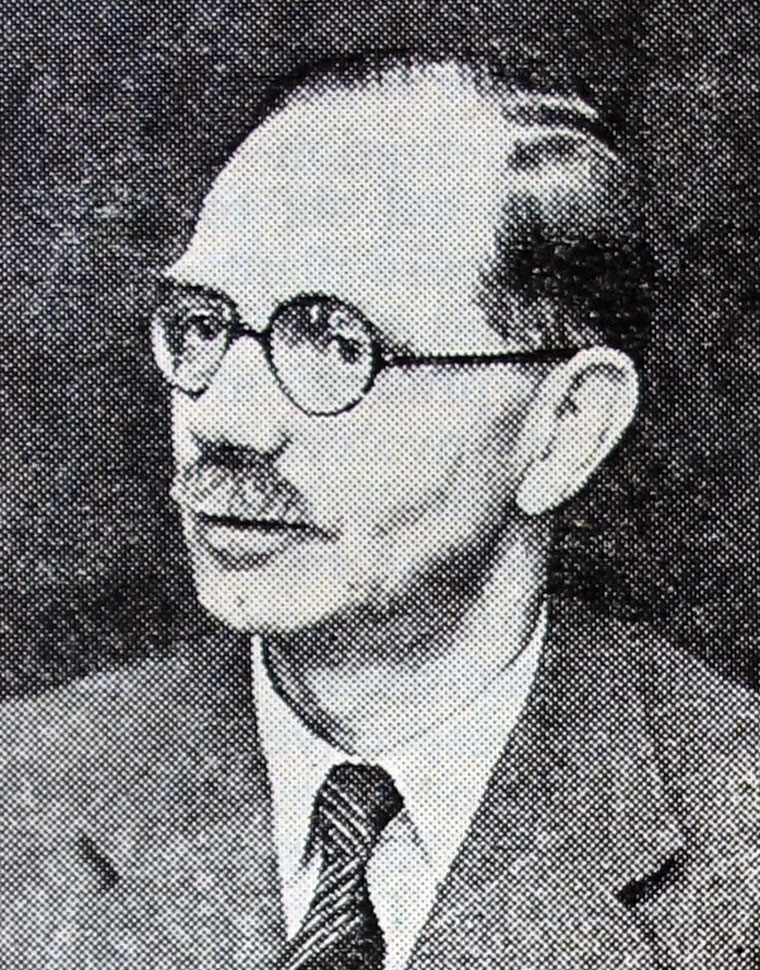 Professor SWIFT took the Mechanical Sciences Tripos at the University of Cambridge and graduated with first-class honours in 1920. He became D.Sc. (Eng.) (London) in 1928.

After distinguished military service in the 1914-18 war he became chief engineer to Wm. Hollins and Company, textile spinners.

In 1922 he was appointed demonstrator and lecturer at Leeds University, and in 1926 succeeded the late Professor Charnock at Bradford Technical College. He was appointed Professor of Engineering at the University of Sheffield in 1936, and was Chairman of the Yorkshire Branch in that year.

In 1946 he was elected a Member of Council of the Institution.

Professor H. W. Swift, M.A., D.Sc. (Eng.) Herbert Walker Swift, Emeritus Professor of Mechanical Engineering at the University of Sheffield, died on 14th October at the age of 65. He retired from the Chair in 1955, his health having been uncertain for some years.

Throughout his life he was noted for his tremendous vitality and for the intensity of effort he brought to bear on everything he did. Despite the vicissitudes of ill-health, he continued to lecture, do research work and closely direct his Department until he was finally compelled to retire. Research students and academic staff who worked with him were always fully aware of his presence; they will always remember the general alertness of his personality, his keen, analytical mind, and his frequent, rapidly delivered, pungent remarks Swift went up to Cambridge from Christ's Hospital intending first to graduate in Mathematics and later in Engineering. His studies, however, were interrupted by the 1914-18 war and, after serving with distinction, he returned to Cambridge to read Engineering and graduated from St John's College in 1920.

After two years as Chief Engineer with William Hollins Ltd, Swift moved to Leeds University as an assistant lecturer. He worked under the late Professor Goodman, who seems to have exercised a profound influence on his development and ideas.

In 1926 Swift became Head of the Mechanical Engineering Department at Bradford Technical College.

He was awarded the D.Sc. degree of London University in 1928 and in 1936 he was appointed to the Chair of Engineering at Sheffield University in succession to Professor F. C. Lea. In 1954 that Department was divided and Swift became Professor of Mechanical Engineering. Swift's research contributions were to applied mechanics, especially in the topics of lubrication and plasticity. He was successful in founding Schools in these subjects and he gave inspiration and encouragement to numerous careers in this way. Among his many academic activities he will be particularly remembered for his advocacy of the use of Mohr's circle of stress, long before it became as popular as it is today. Swift's article on it in Engineering in 1926 and the variety of his applications could well be reprinted today. This topic was of life-long interest to him and in 1946 he published an analysis of three-dimensional stress and strain which has not been surpassed.

In the early 1930's Swift made a considerable contribution to the theory of stability in hydrodynamic lubrication, and wrote what is perhaps a classic paper on short centre belt-drives. At Sheffield he formed his interest in plasticity and many of his early investigations in this subject were supported and reported through M.I.R.A. and, later, through B.I.S.R.A. Subsequently his writings appeared mainly in the PROCEEDINGS of this Institution, of the Institute of Metals and of the Iron and Steel Institute. Perhaps for many years to come his name will be most closely associated with his contributions to the theory of deep drawing. His influence as a teacher has been immense.

His long association with this Institution was at all levels. He became an Associate Member in 1923 and transferred to Member in 1929. In 1924 he was Honorary Secretary of the Yorkshire Branch and he served almost continuously as a member of the Committee until 1936 when he was elected Chairman. His service culminated in his election to Council in 1946 and he continued to give the benefit of his great experience to the Institution until 1952, when ill-health forced him to retire. In addition, Professor Swift was awarded a number of prizes: the Thomas Hawksley Gold Medal in 1929; a James Clayton prize in 1952 and in the same year a Whitworth prize.

For this writer, Swift's long connection with the Institution was vividly demonstrated, in what must have been almost his last official act on its behalf, when he proposed the vote of thanks to Professor N. F. Mott on the occasion of a repeat of the Thomas Hawksley Lecture in Sheffield. Swift referred to the eminent scientists he had heard deliver previous lectures; historical names, such as Eddington, Rutherford, Callender, Coker and Bragg.

Professor Swift rendered many services to this Institution and it was with great regret that members learnt of his sudden death.