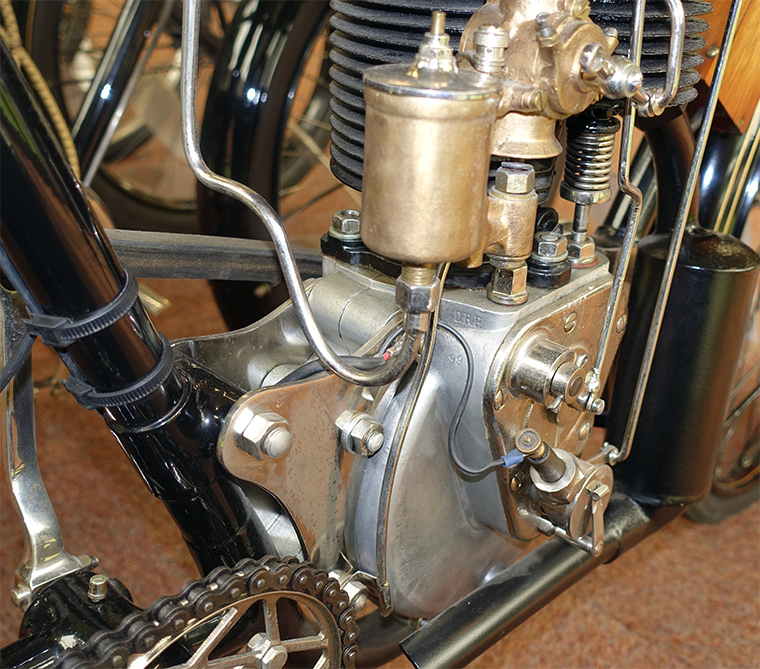 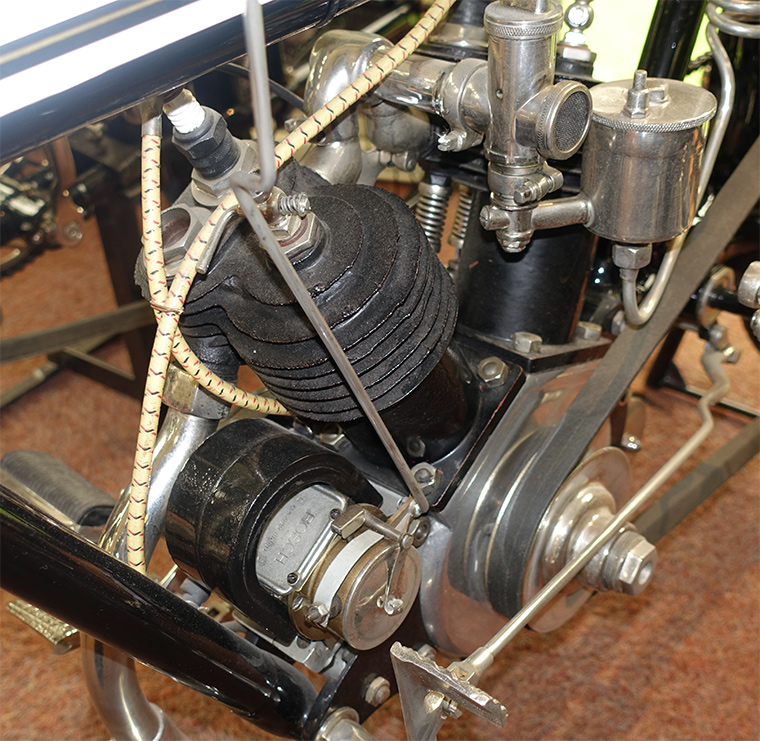 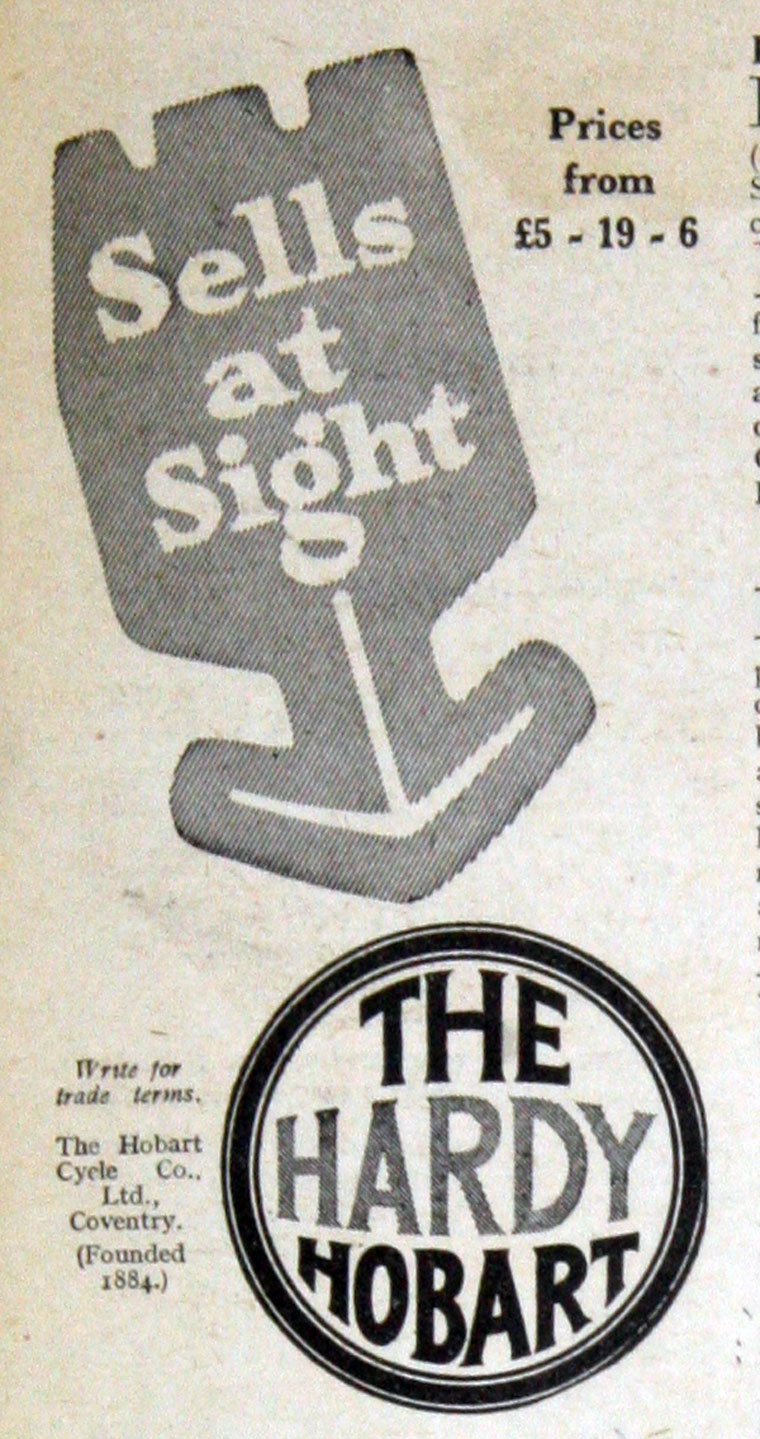 1921 George McKenzie marketed an "ultralight motor cycle". McKenzie planned to sell his bikes through franchised cycle shops, and bring cheap motorised transport to the masses. The bike itself was made by the Hobart Cycle Co Ltd of Coventry. The early model had an open, lady's frame and looked very much like a 1940s autocycle with solid rear end and spring front forks.

1921 When the McKenzie Popular was introduced, Hobart was said to have 38 years of experience of making cycles.