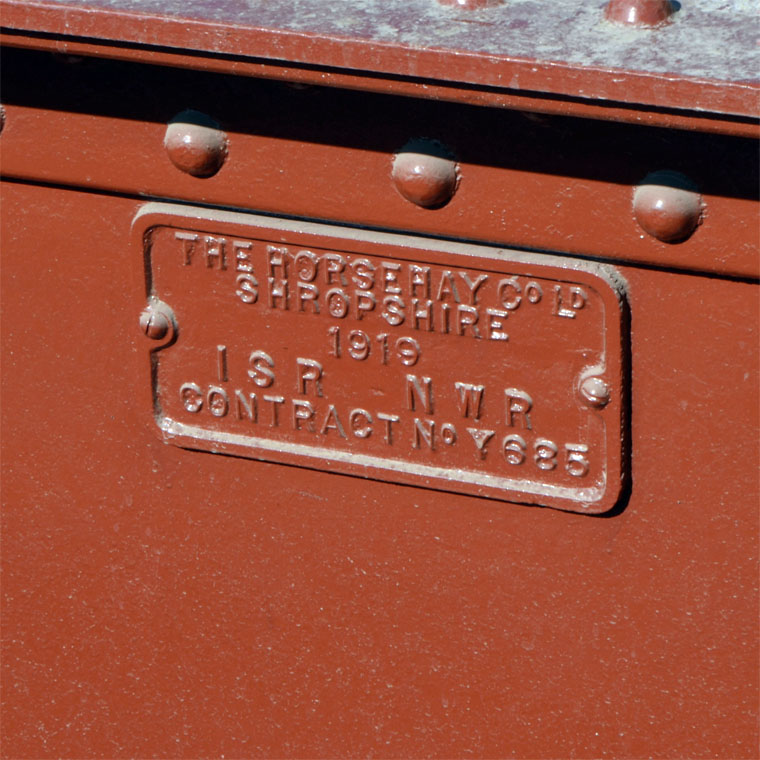 1934. Maker's plaque on the footbridge over the railway line at Whitland Station, Carmarthenshire.

Footbridge over the railway line at Whitland Station, Carmarthenshire. 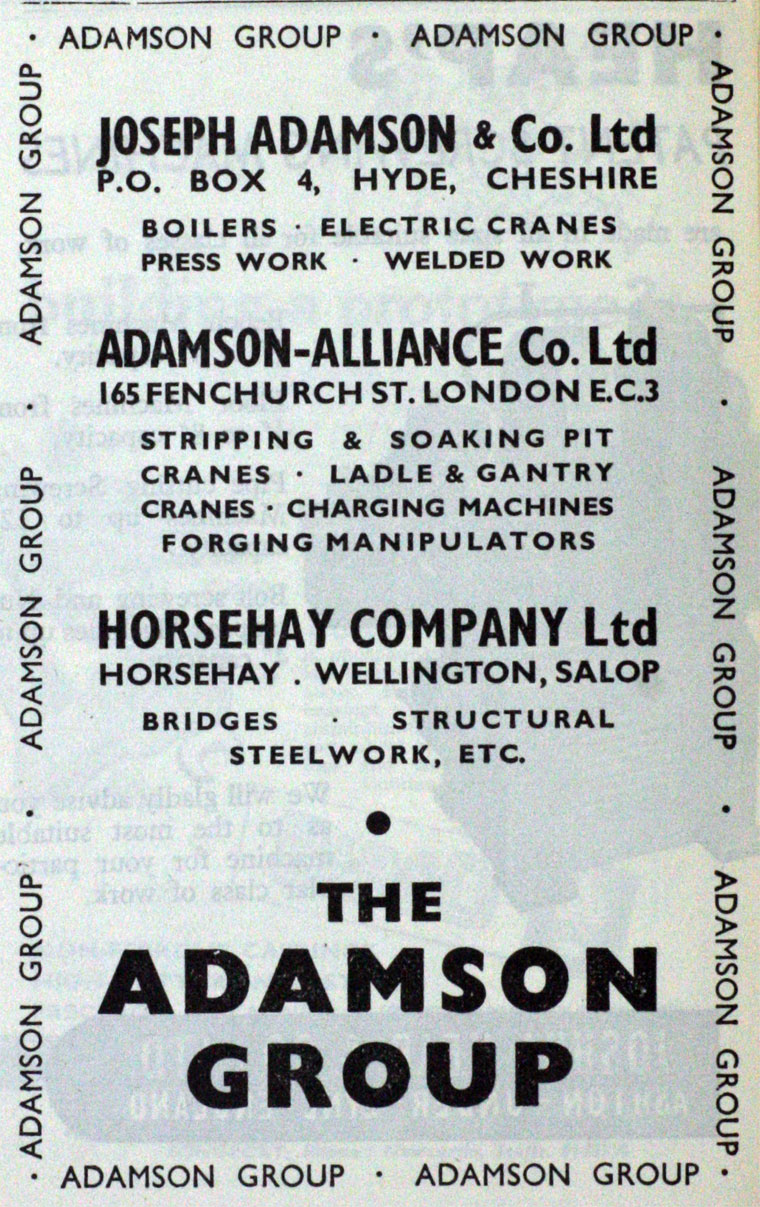 1754 A great deal of timber from Wrockwardine Wood was sold to the Coalbrookdale Co for the building of the Horsehay ironworks[1].

1754 Abraham Darby (1711-1763) had recently become lessee of the coal and ironstone near Ketley. Soon afterwards the Horsehay and Ketley ironworks began production.

1757 The mines in the township of Wrockwardine Wood began to supply ironstone to the Coalbrookdale partners' works at Coalbrookdale, Horsehay, and Ketley.

1907 Produced the steelwork for the road bridge across the River Klang near the town of Klang in the former Federated Malay States. Four spans of 140 ft. Designed by F. J. Waring. Erected by the Federated Engineering Co. of Kuala Lumpur.[2]

1960 Part of the Adamson Group

An interesting selection of photographs of the works and its products is available here. These include four fluted cast iron columns made for the Buenos Aires Corn Exchange.