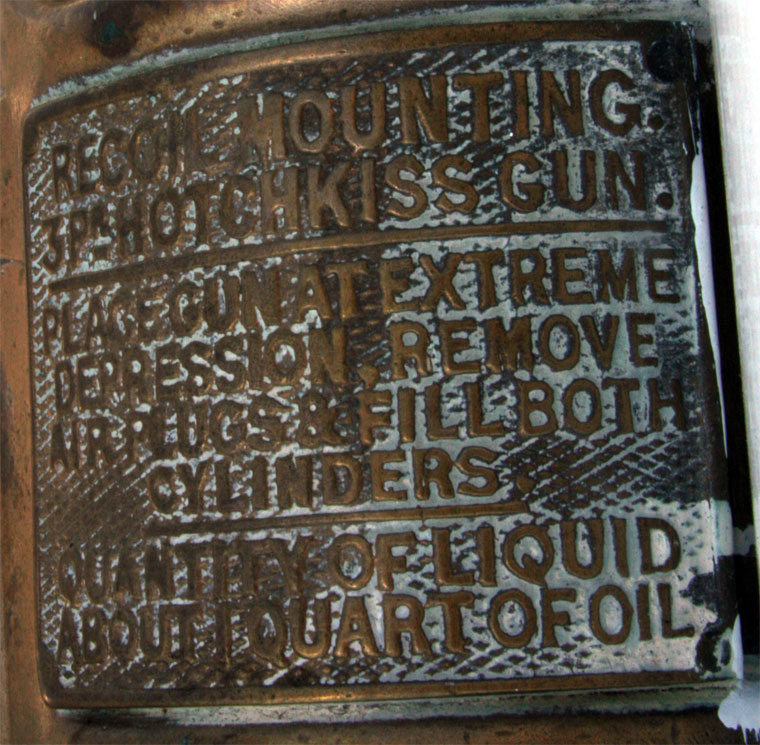 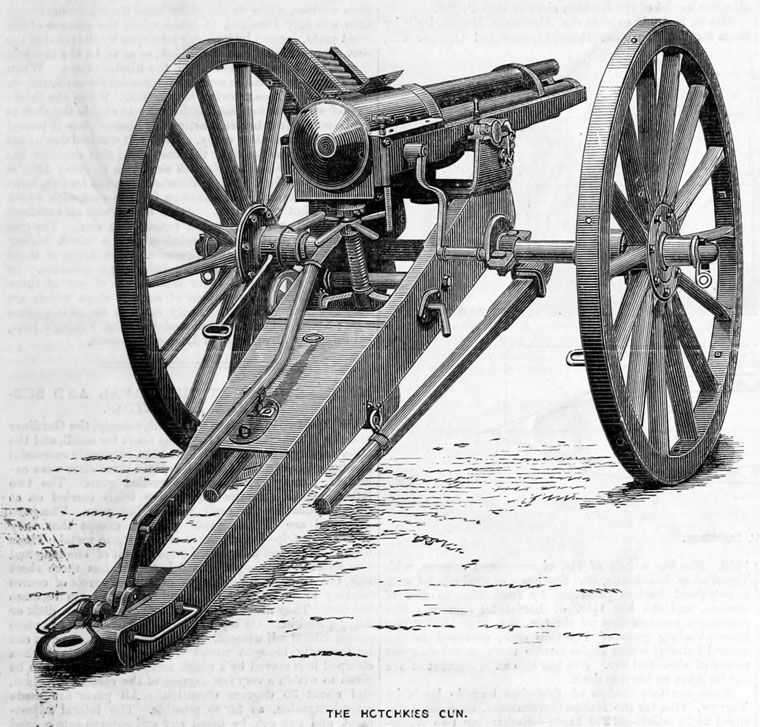 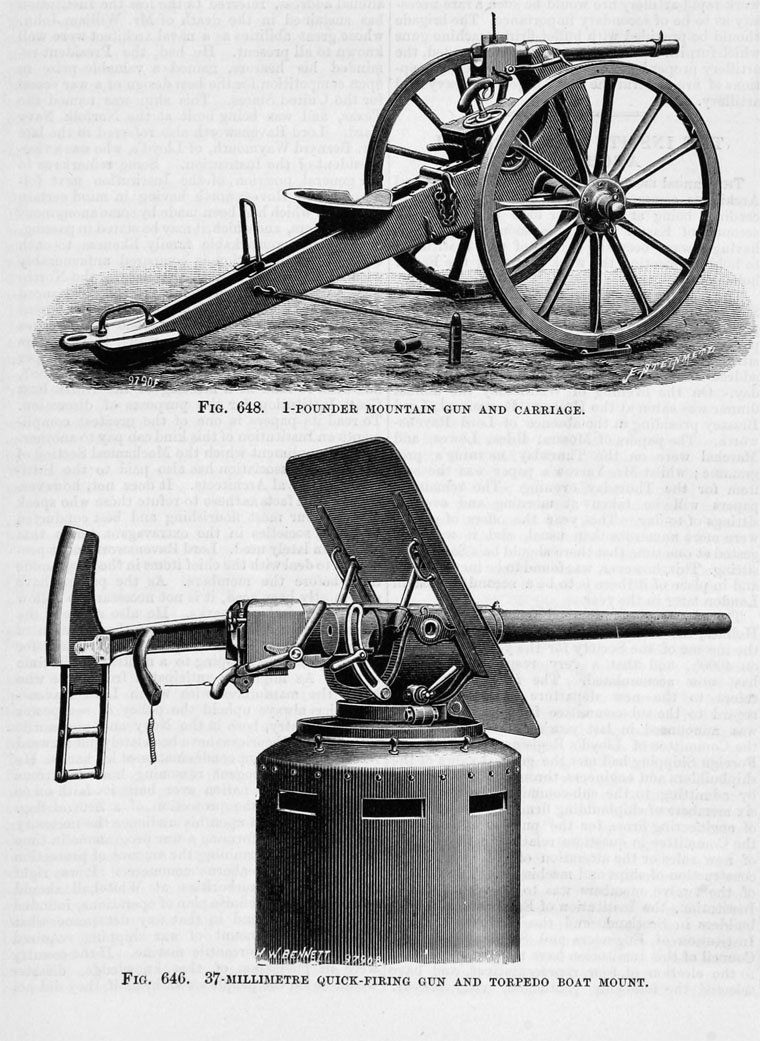 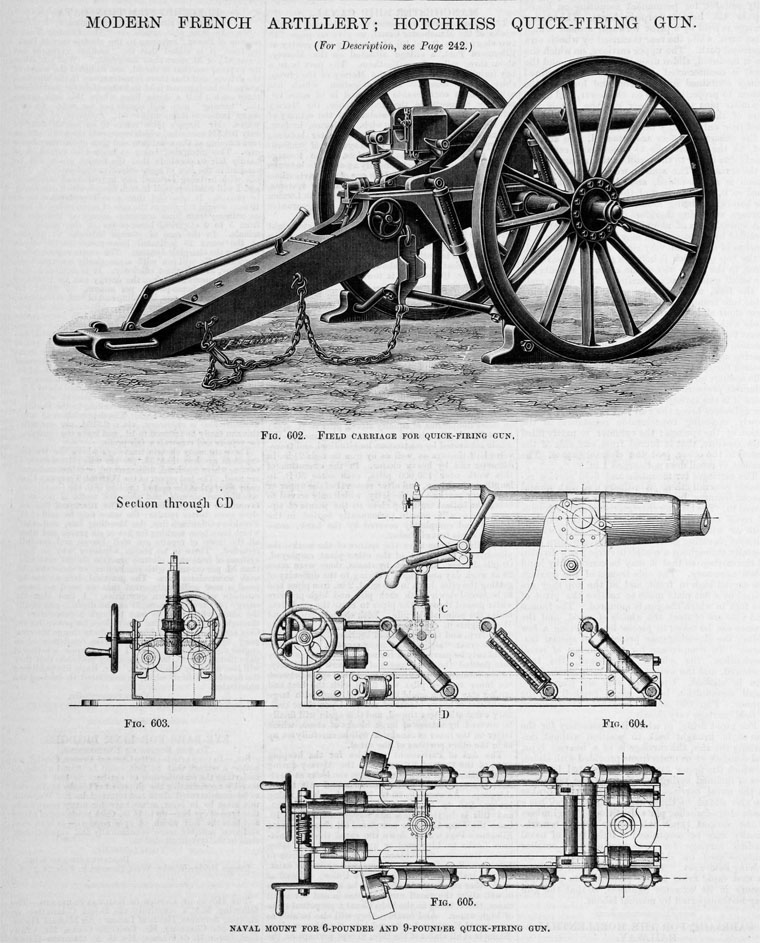 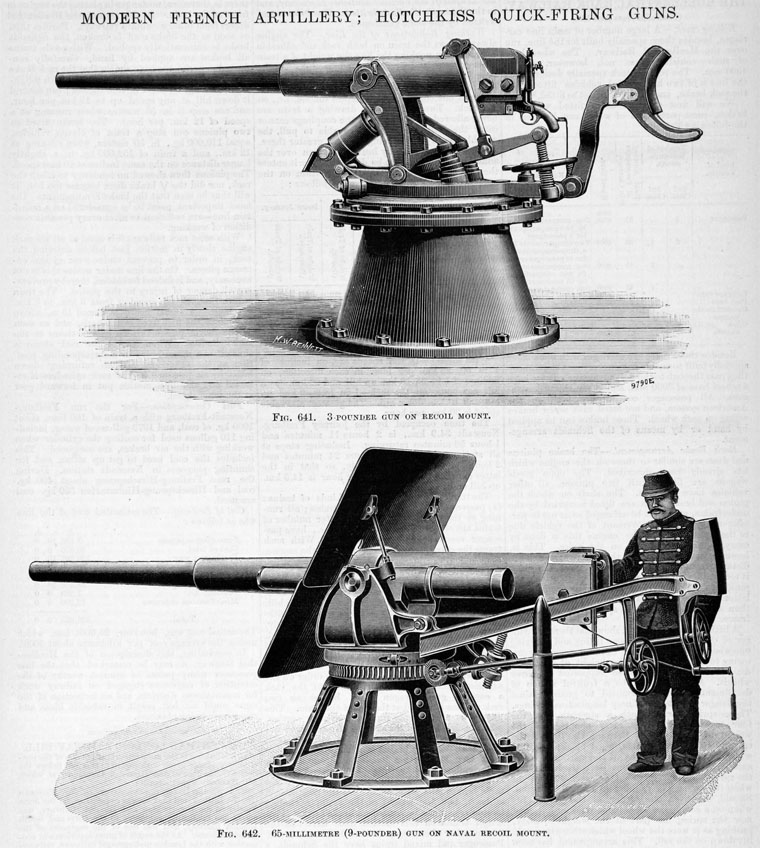 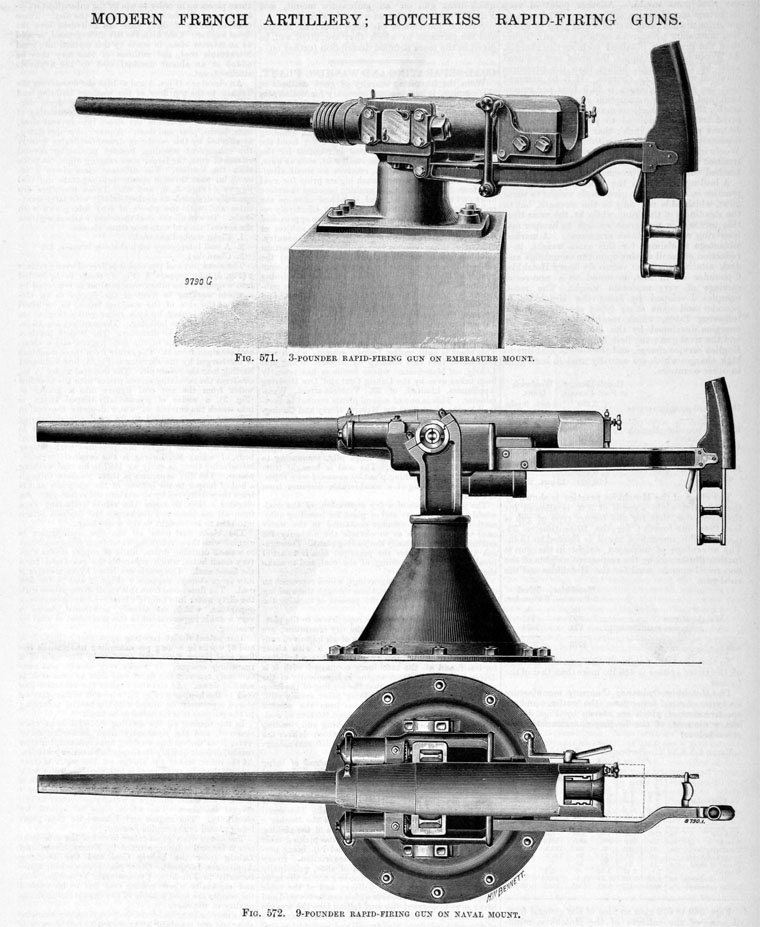 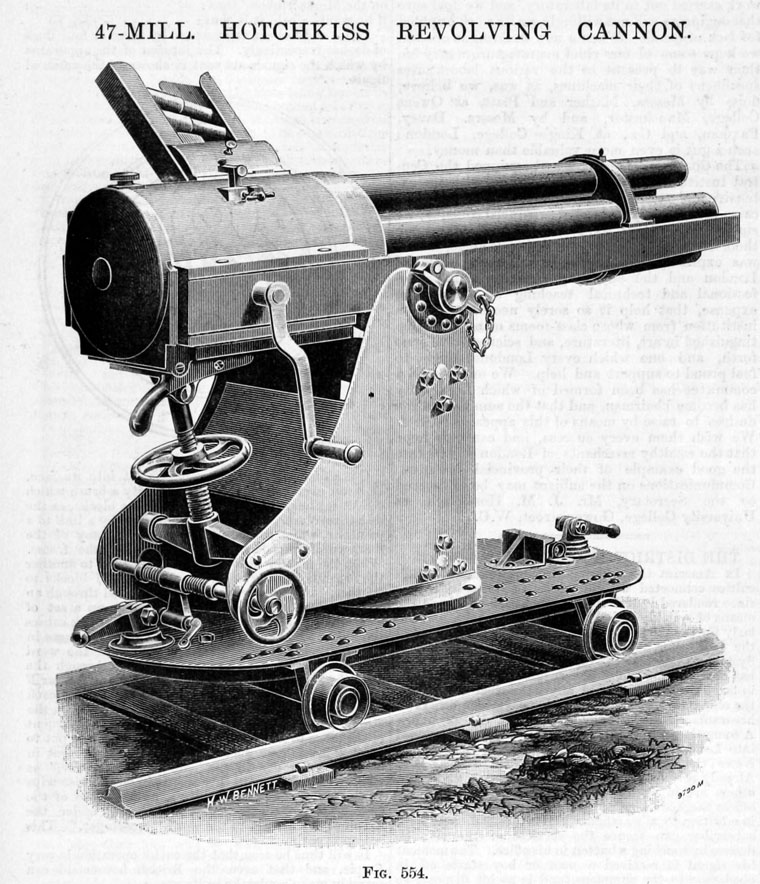 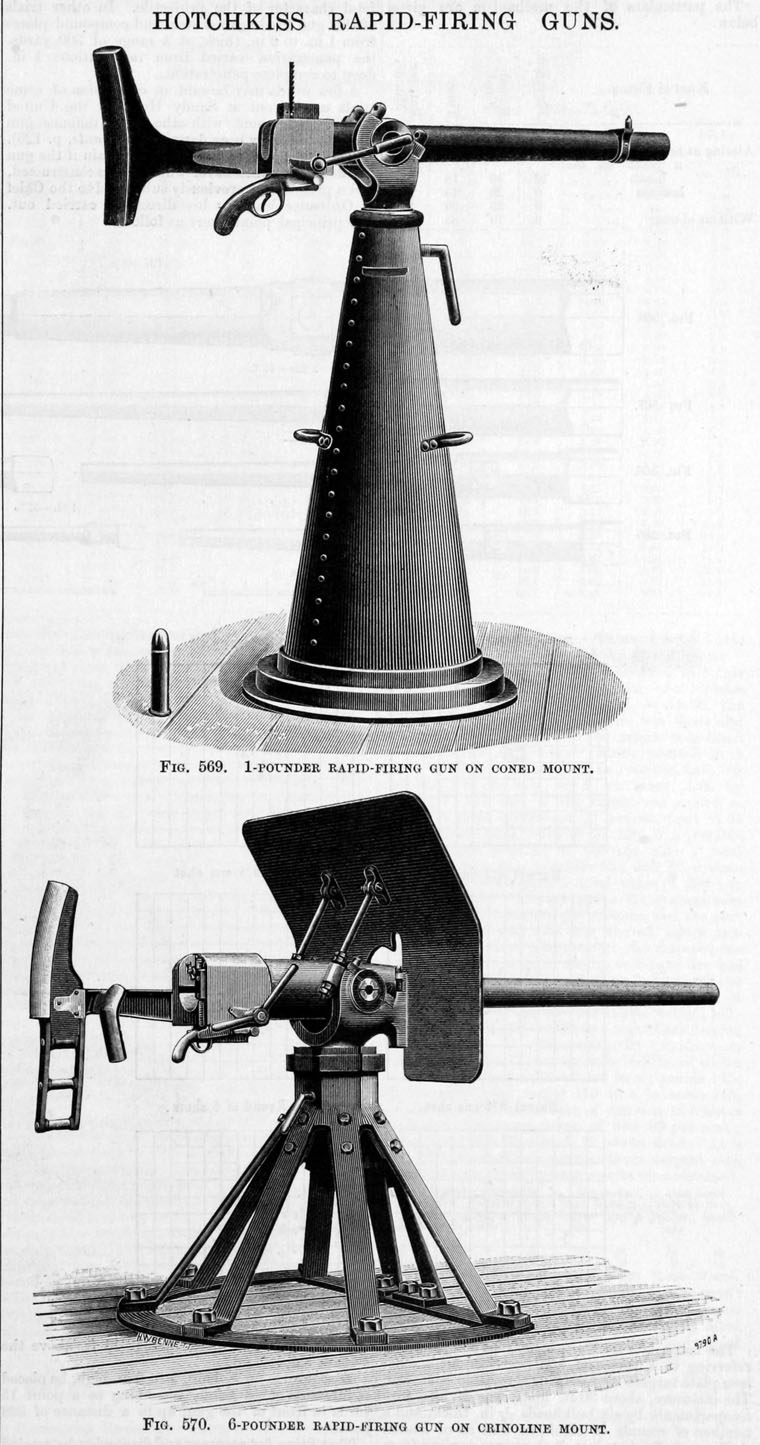 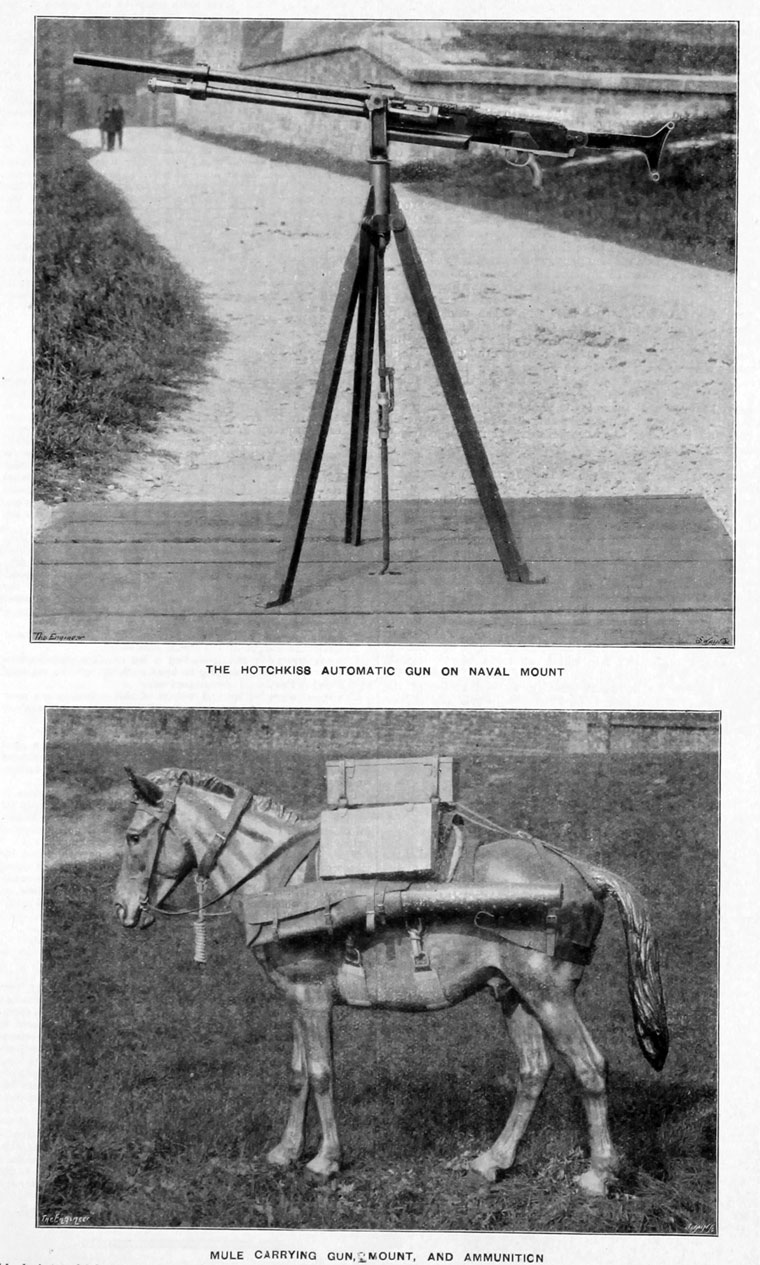 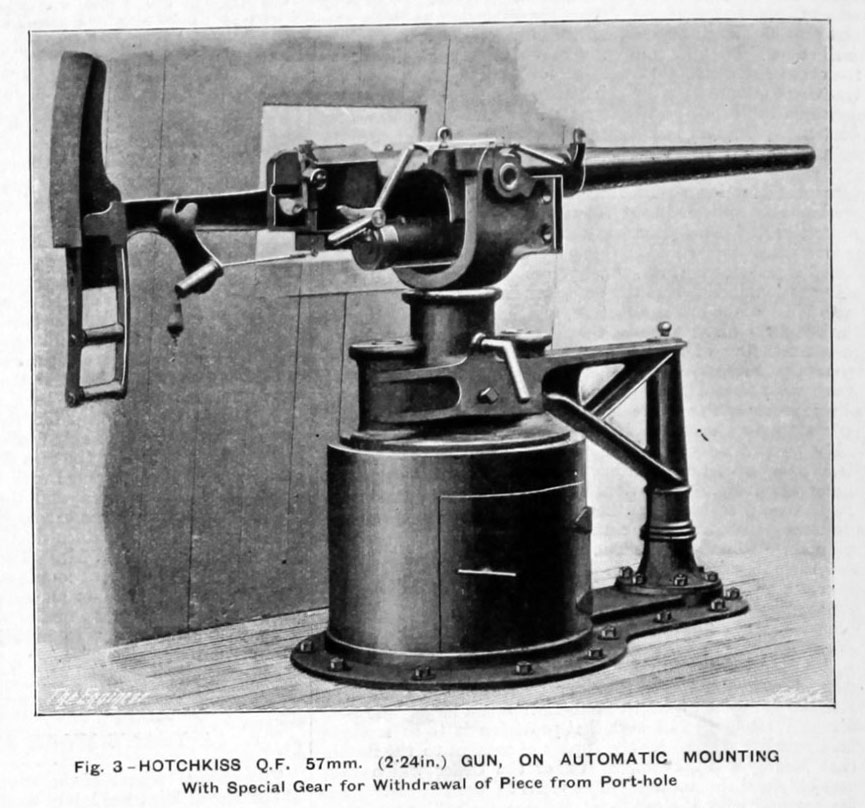 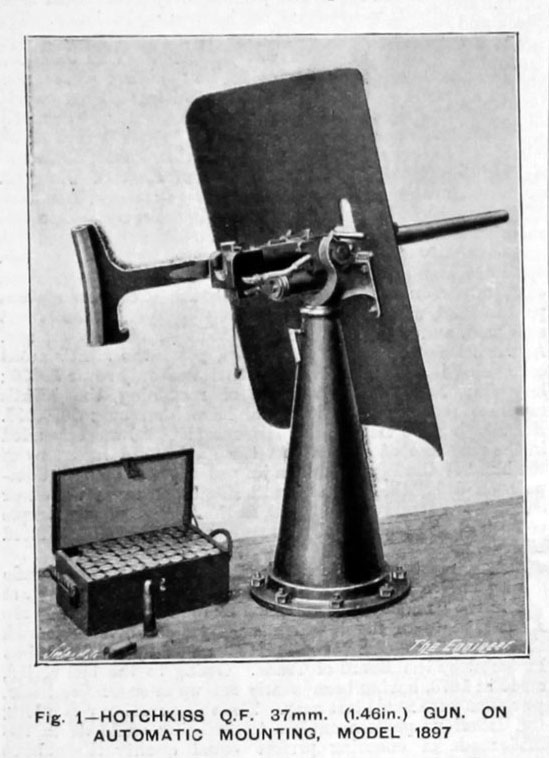 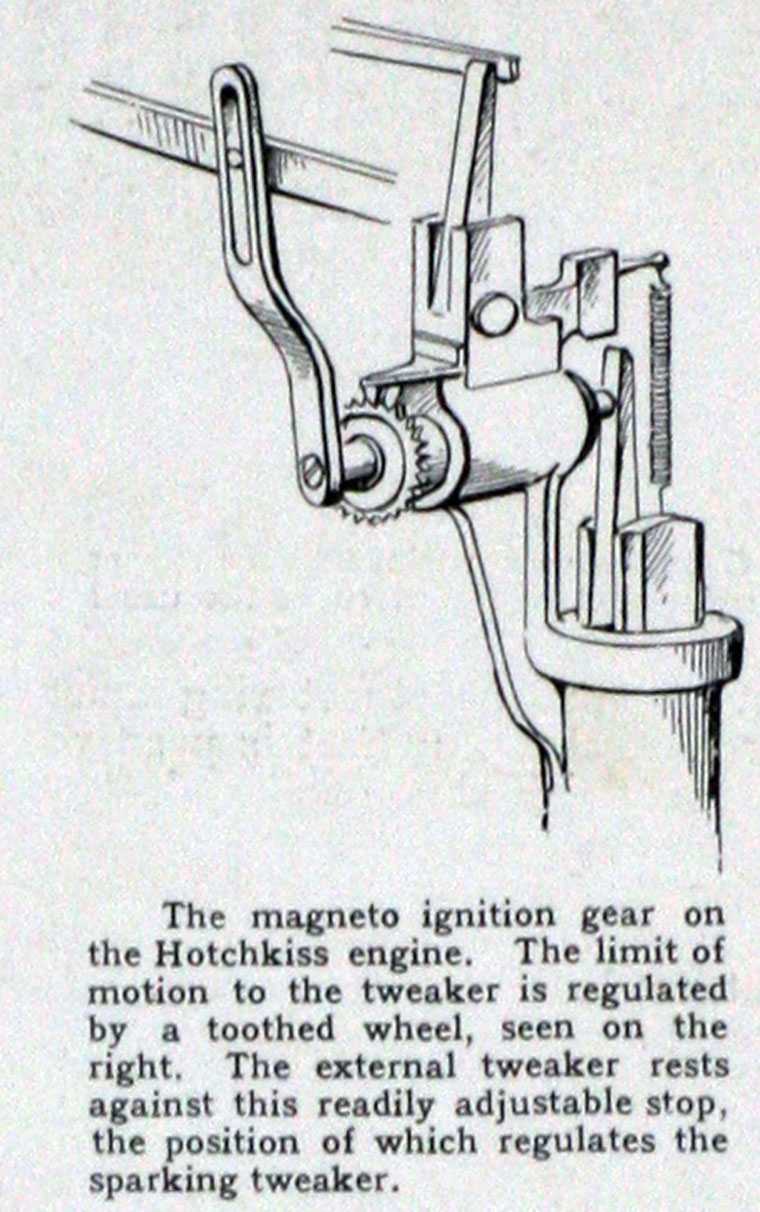 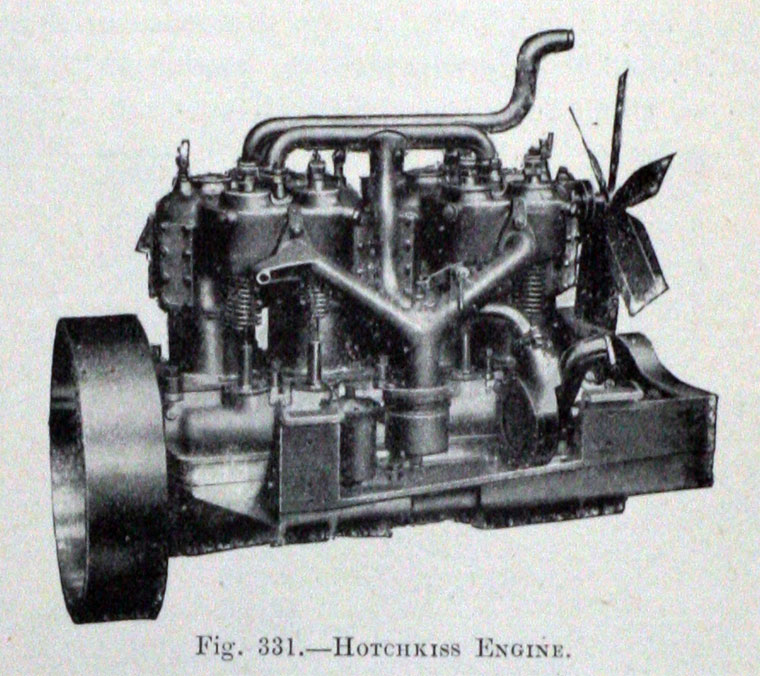 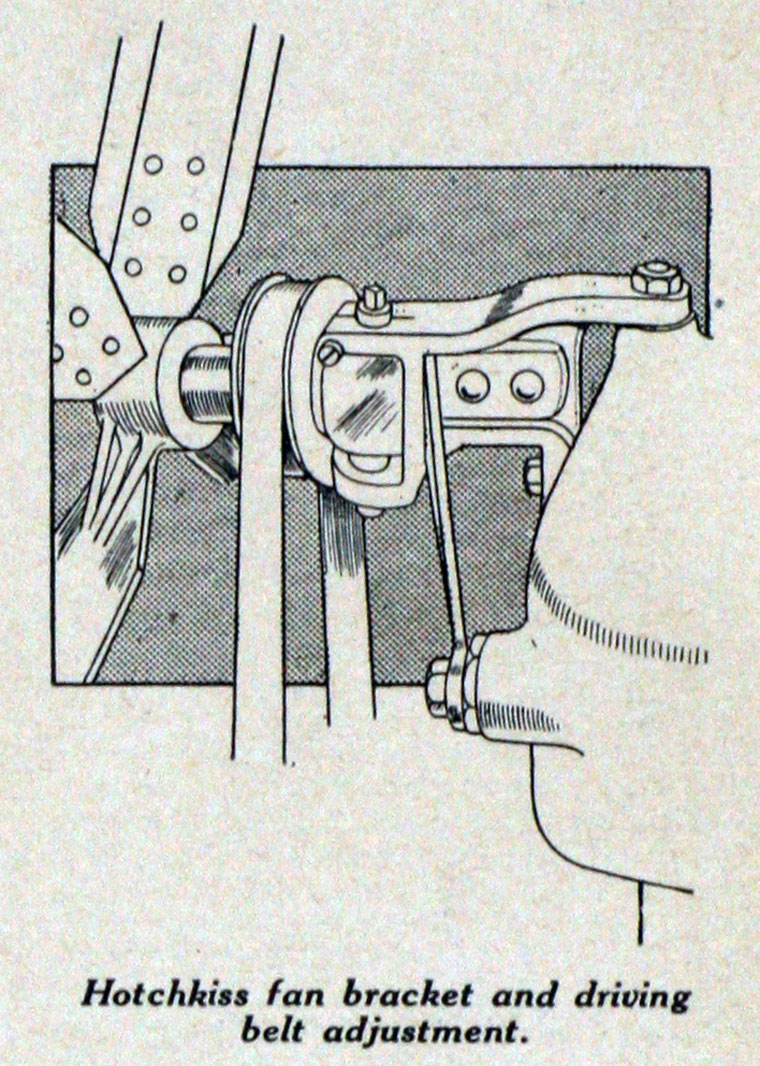 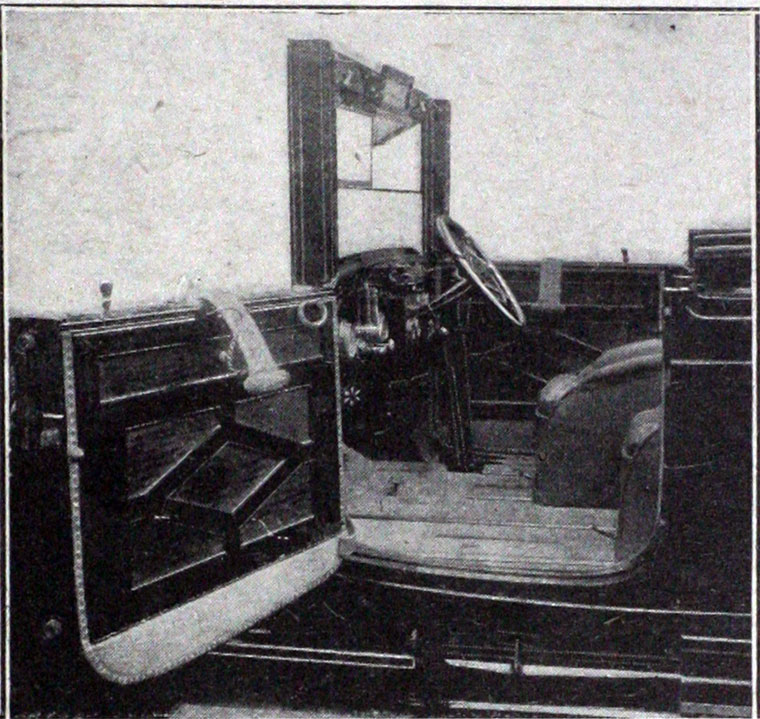 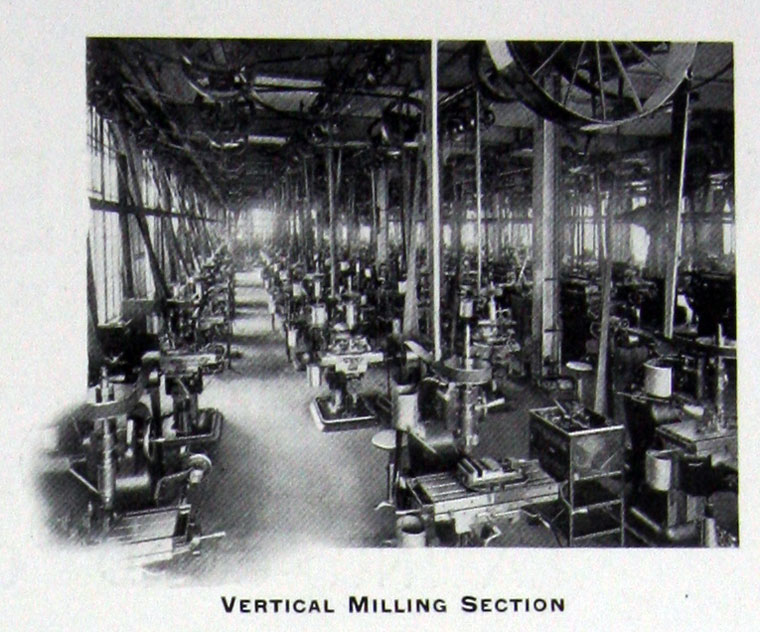 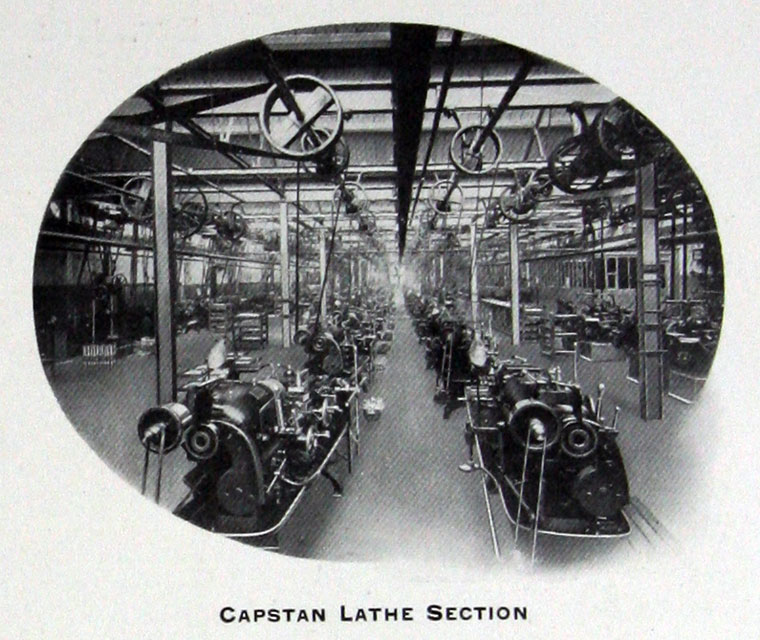 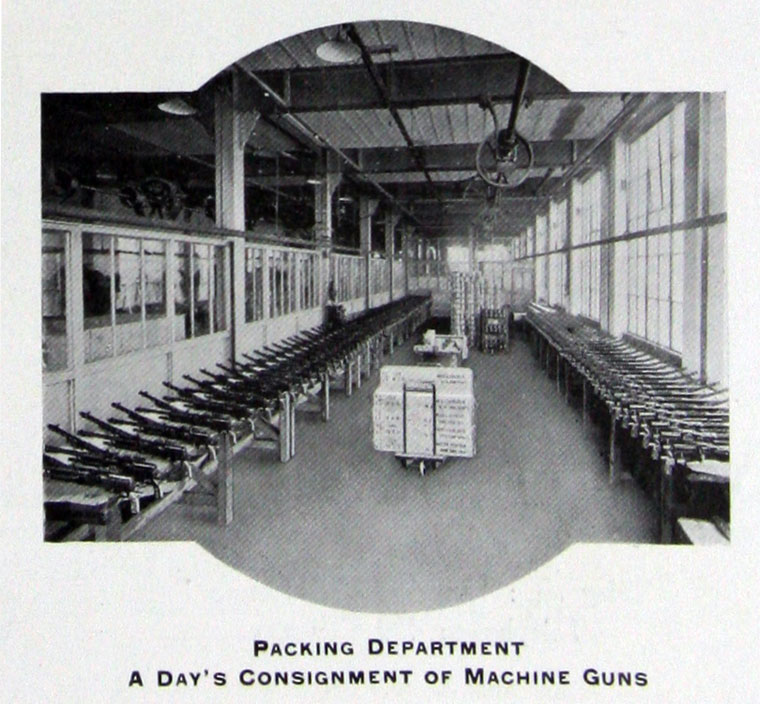 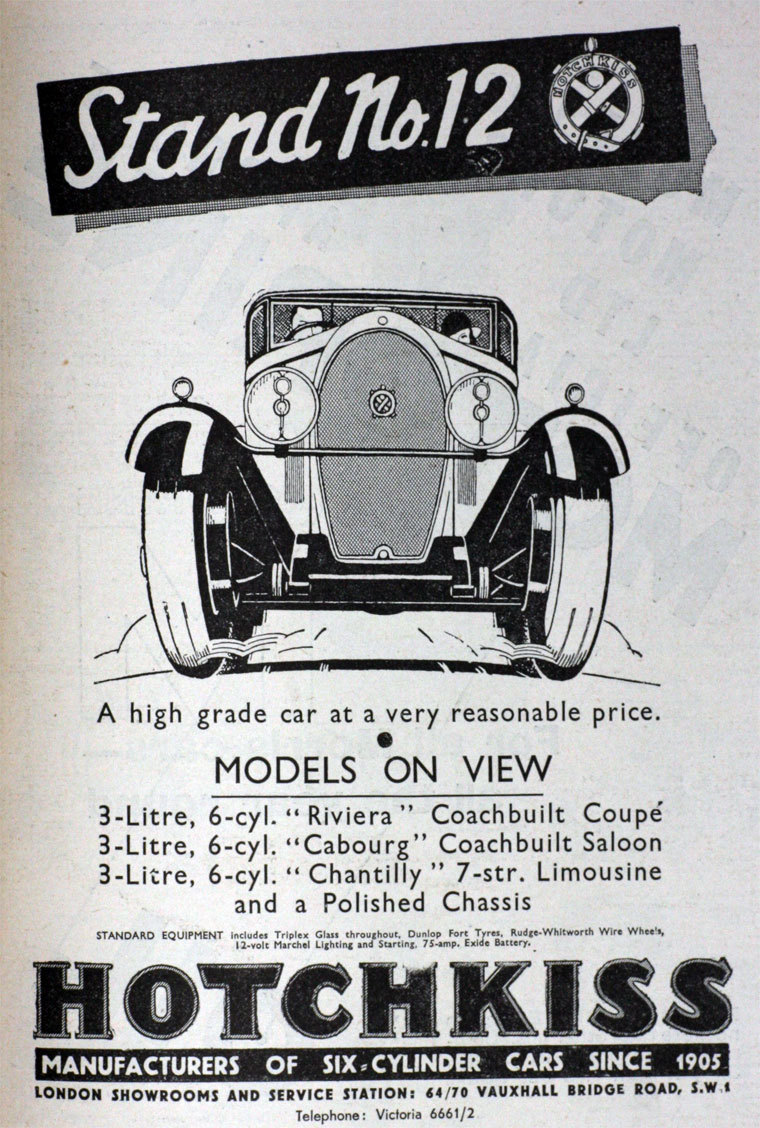 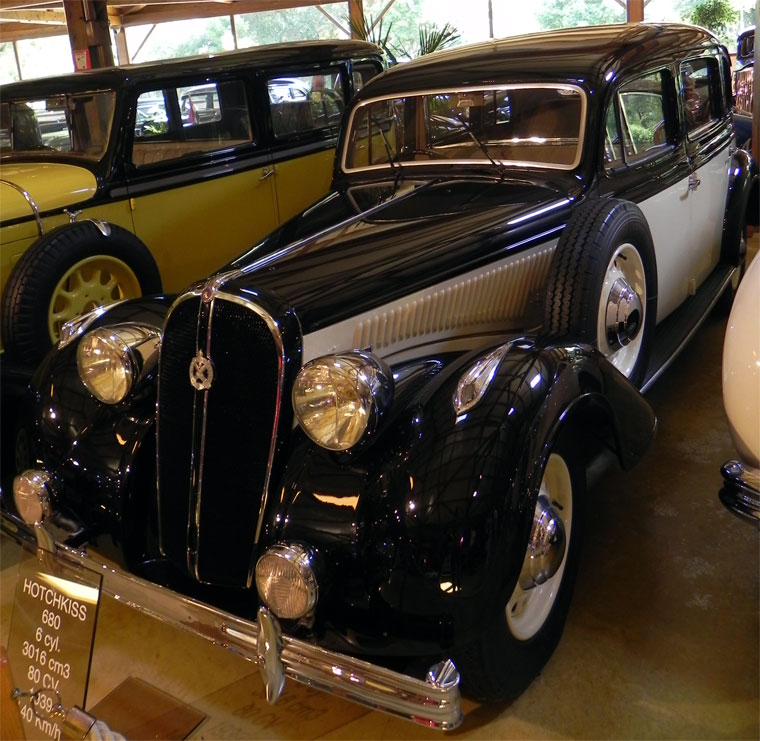 Early 1860s, during the American Civil War, the Hotchkisses, father and son, were manufacturers of munitions for the Federal Government; the Hotchkiss shell was the standard projectile for muzzle-loading field and garrison artillery.

During the Franco-Prussian War, B. B. Hotchkiss was invited to France by the Committee of National Defence, where he organized a factory at Viviez to manufacture small arms ammunition. At the end of the war, the factory was abandoned. New works were established in Paris, where the Hotchkiss revolving cannon was developed as a defence against the new torpedo boats.

1875 To meet the demands for this weapon, works were established at St. Denis, near Paris. The Hotchkiss quick-firing and semi-automatic guns and the Hotchkiss automatic machine guns were made here.

1906 Hotchkiss et Cie were pioneers in the application of the live axle and cardan drive to high power cars. Produced 25-29 h.p., 30-25 h.p. and 40-45 h.p. shaft-driven cars. The largest was six-cylinders; the other two were four-cylinders. Agents were the London and Parisian Motor Co. [2]

1914 The Hotchkiss machine gun plant was moved from St. Denis to Lyons.

1915 Established machine gun works in Coventry at the request of the British Government. These machine guns were used in British tanks and by the British cavalry.

Post War: The Coventry works were adapted to general engineering.

1923 Morris purchased the works of Hotchkiss et Cie, Coventry, who had been supplying it with engines and gear-boxes since 1920.