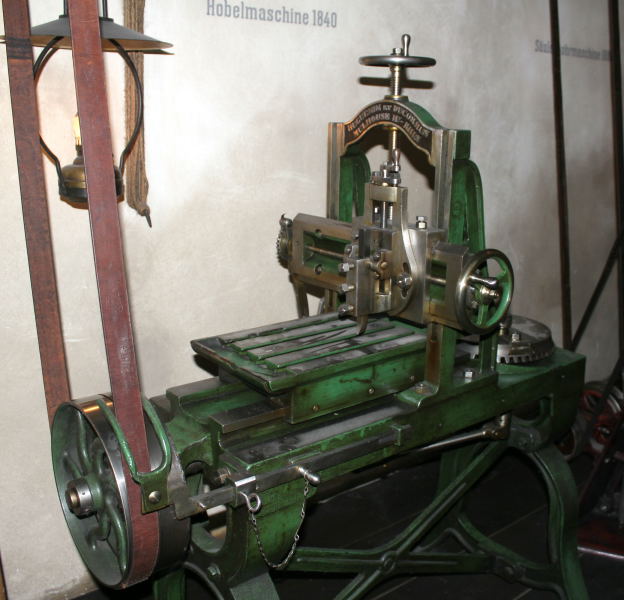 Planing machine in the Deutsches Museum 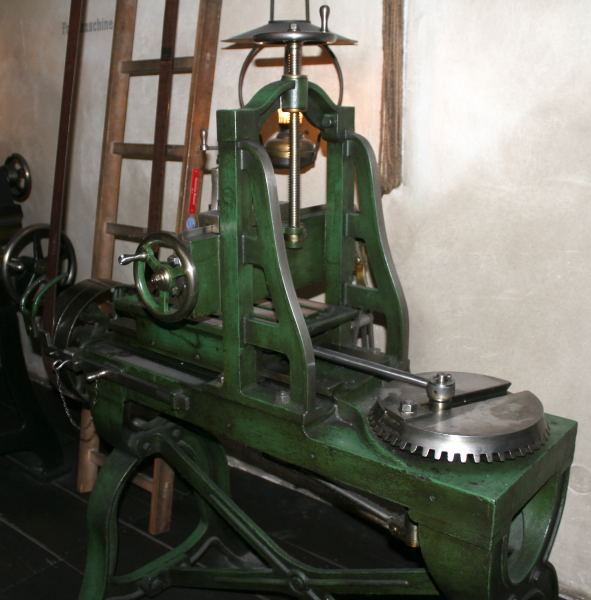 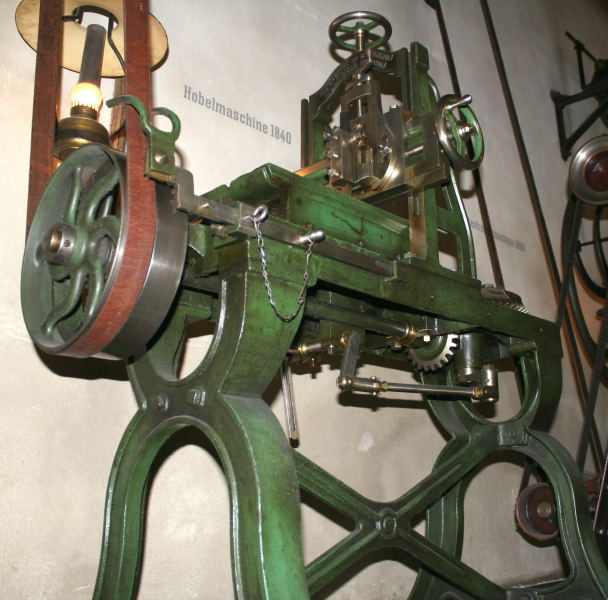 Steinlen was Vincent Steinlen (Born 13 May 1824 in Vevey, Switzerland, died 29 Oct 1902, aged 78, in Mulhouse). He became chief engineer at Ducommun & Cie at Mulhouse. The company was founded in 1834 by Huguenin-Cornetz and Jules Ducommun. In 1873, the firm became the Société Ducommun-Heilmann & Steinlen.[4]. Huguenin-Cornetz appears to have been Auguste Huguenin-Cornetz.

See photos. The machine is said to date from 1840. The table is moved back and forth by a crank whose stroke is adjustable on the bevel gear. There is no fast return mechanism. The bevel gear is driven by the shaft seen under the bed. The shaft is driven by a belt - note the fast and loose pulleys and the belt shifting device. Part of the feed mechanism for incrementally traversing the tool can be seen beneath the table.

The museum credits Jacques Huguenin as the maker.