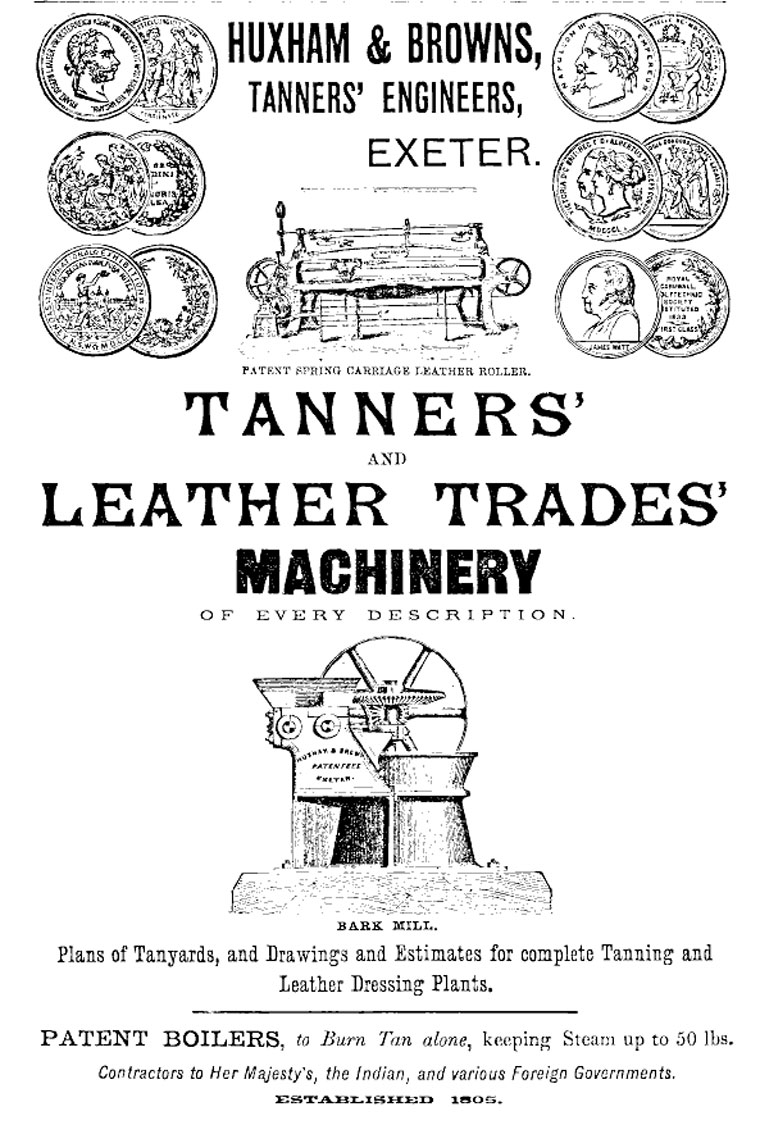 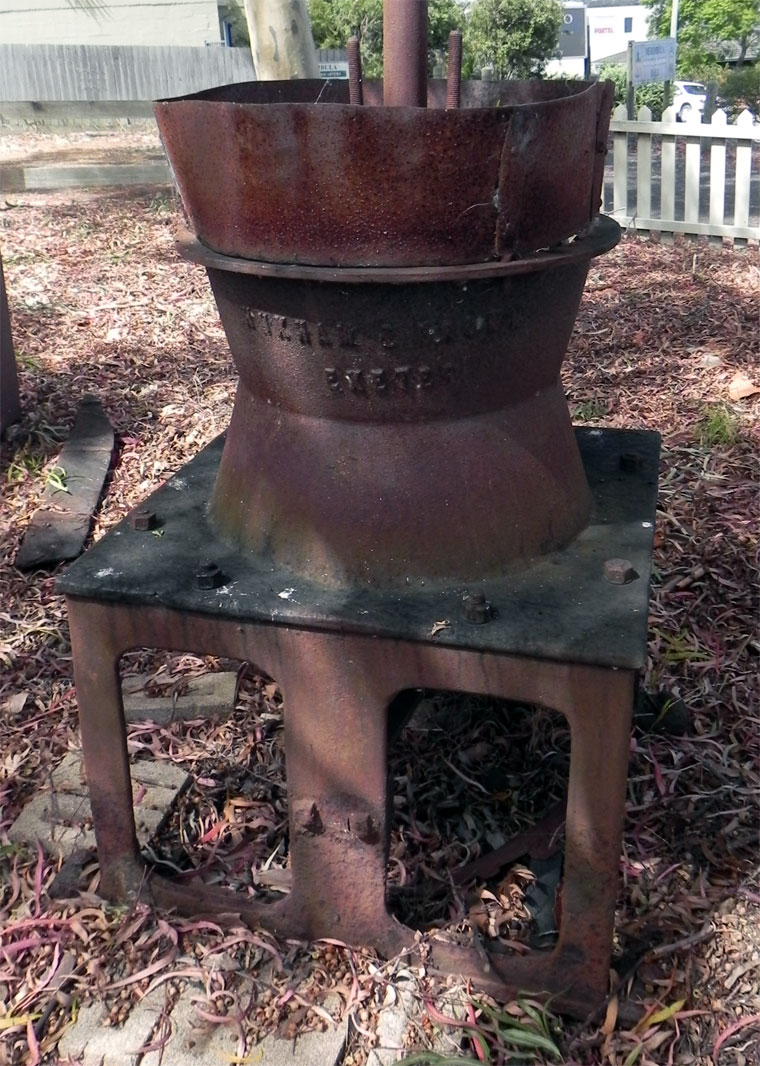 Previously Huxhams and Brown when several Huxhams were involved in the partnership.

1881 Exhibited at the Leather Trades Exhibition in Glasgow[1]

Thomas Haley and Co of Leeds supplied light leather and finishing machinery through Huxham and Browns who acted as agents for Haley's machinery, supplying orders for a range of machinery they did not manufacture themselves."[3]

1889 Took legal action against Joseph Hall and Co of Leeds to restrain them from printing, publishing or circulating any catalogue containing illustrations copied from the copyright illustrations contained in their catalogue.[4]

By 1891 Charles Armitage Brown and Edward Vavasour Brown were recorded as employers and presumably running the business with their father, James; they described themselves as steam engine manufacturers[5]

1892 On behalf of the company, a letter was written to "The Times" about the high cost of experts giving evidence in Court[6]

1930 announcement. 'Messrs. J. L. Thomas and Co., Ltd., Exeter, have acquired Messrs. Huxham and Brown's engineering in Commercial road, and at a future date will be transferring their office staff and showrooms in connexion with their wholesale trade to that address. Messrs. J. L. Thomas and Co., Ltd.'s, works are also situated within few yards the new premises, which will have the advantage the consolidation of the two staffs.'[9]