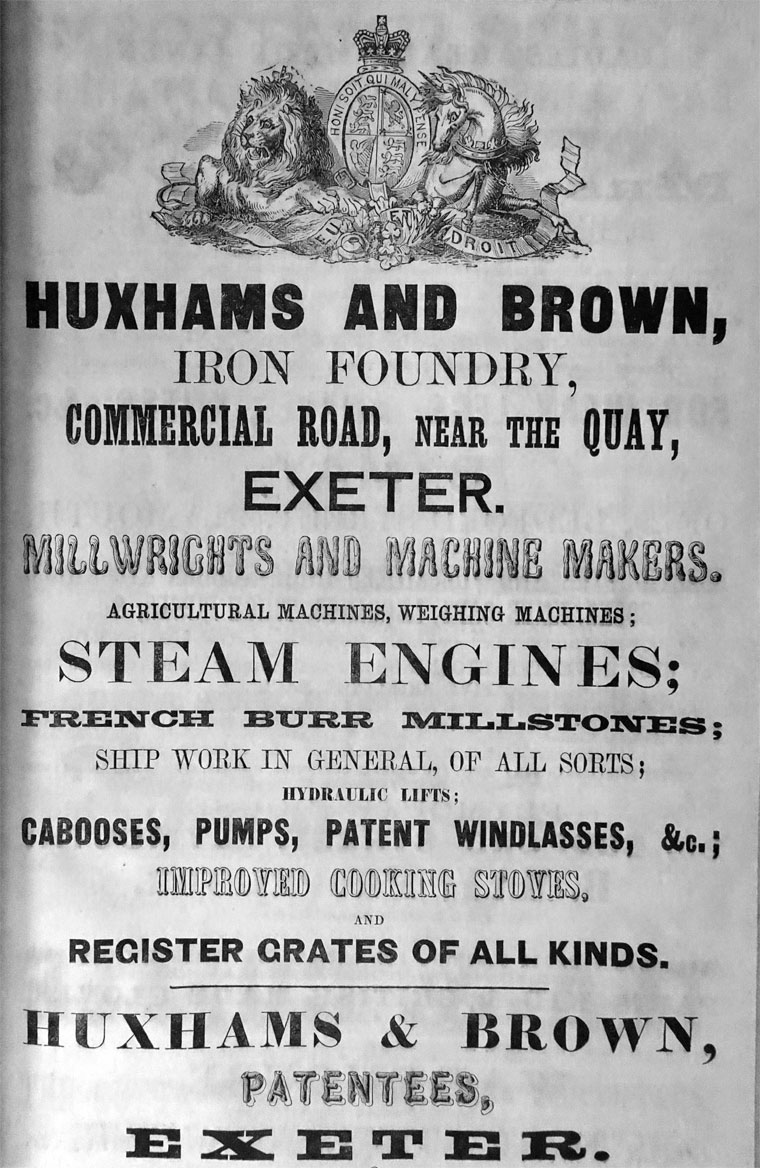 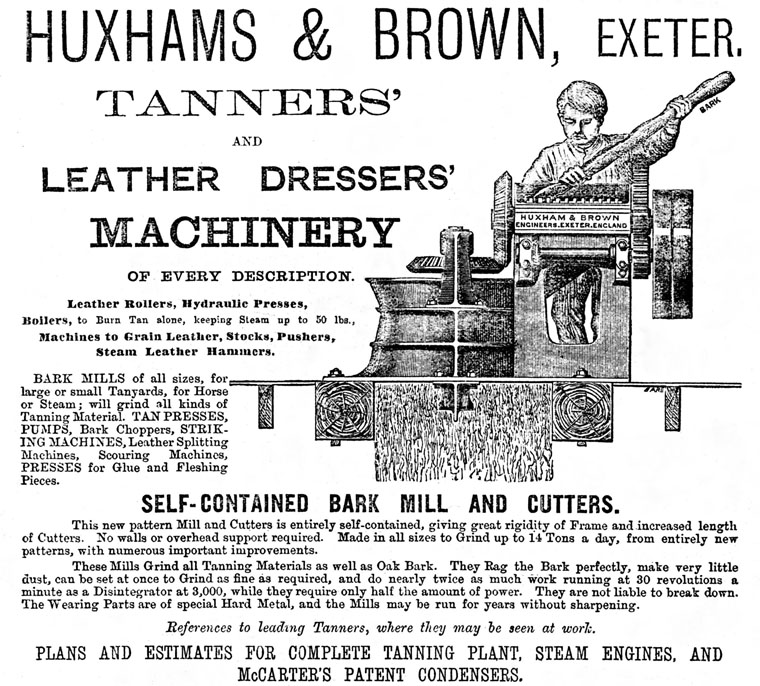 Detail of a grid in Exeter

1839 Advertisement. 'IRON FOUNDRY, COMMERCIAL ROAD, EXETER. All Persons indebted to the Estate of the late Mr. WILLIAM HUXHAM, are requested to pay the same to his Son FREDERICK HUXHAM, who will continue the Business as usual, and any parties having any demands, are requested to forward the same.'[1] (presumably this was Exeter Iron Co).

At some point Frederick must have taken his brother Charles into partnership and presumably his brother-in-law James Armitage Brown too.

By 1851 Frederick Huxham, Charles Huxham and James Armitage Brown were in partnership as Iron Founder employing 41 men and boys[4].

1874 Advertised for fitters and erectors[5]