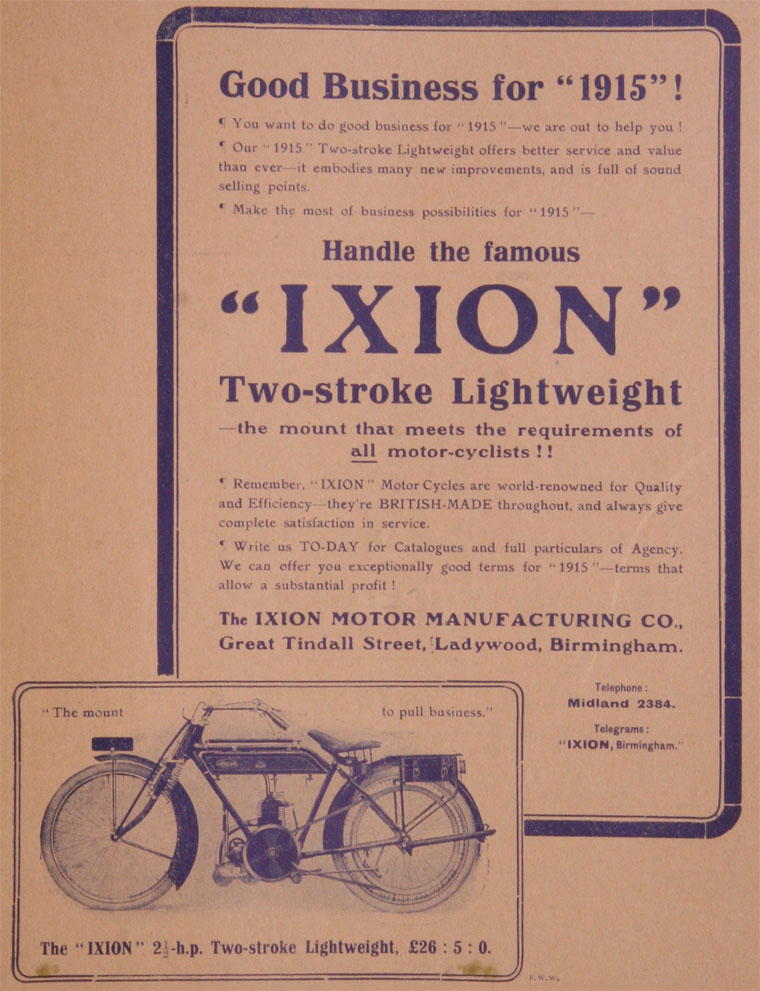 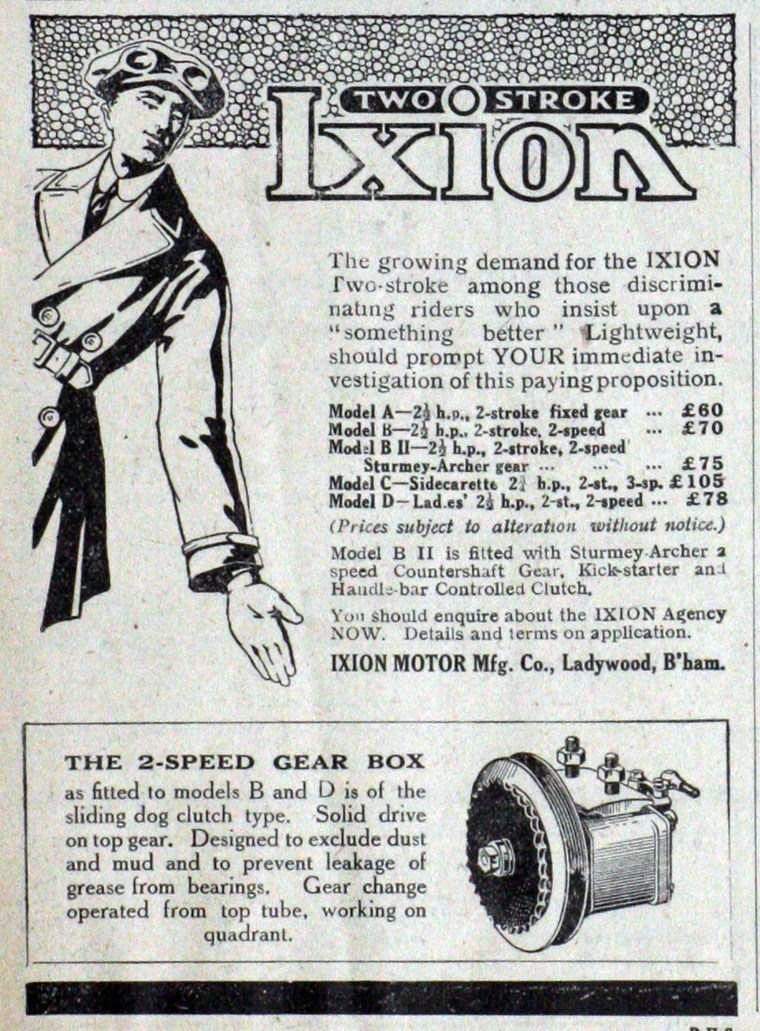 1910 This firm produced a pair of singles fitted with 2.5hp JAP and 3.5hp Precision engines, belt drive and spring forks.

1912 By now they were using 3.5hp and water-cooled 4.25hp Precision engines and a 3.5hp JAP for the TT model. The motorcycles were fitted with two-speed Bowden gear, Saxon forks, oil tank mounted on the saddle tube, and fully enclosed chain final-drive.

1914 A 269cc Villiers two-stroke model was added to the range. Typical of the type, it had two-speeds, belt drive and Druid forks.

1915 That model was joined by a similar one with a 349cc Peco engine, plus a four-stroke model with a Villiers engine and another with a V-twin King Dick.

Post War, the company moved to Smehwich, in Staffordshire, but only had one model. This was fitted with a 269cc Villiers engine, either with direct-belt drive or two speeds and chain-cum-belt drive.

1922 Only the latter was offered that year.