J. A. Phillips and Co 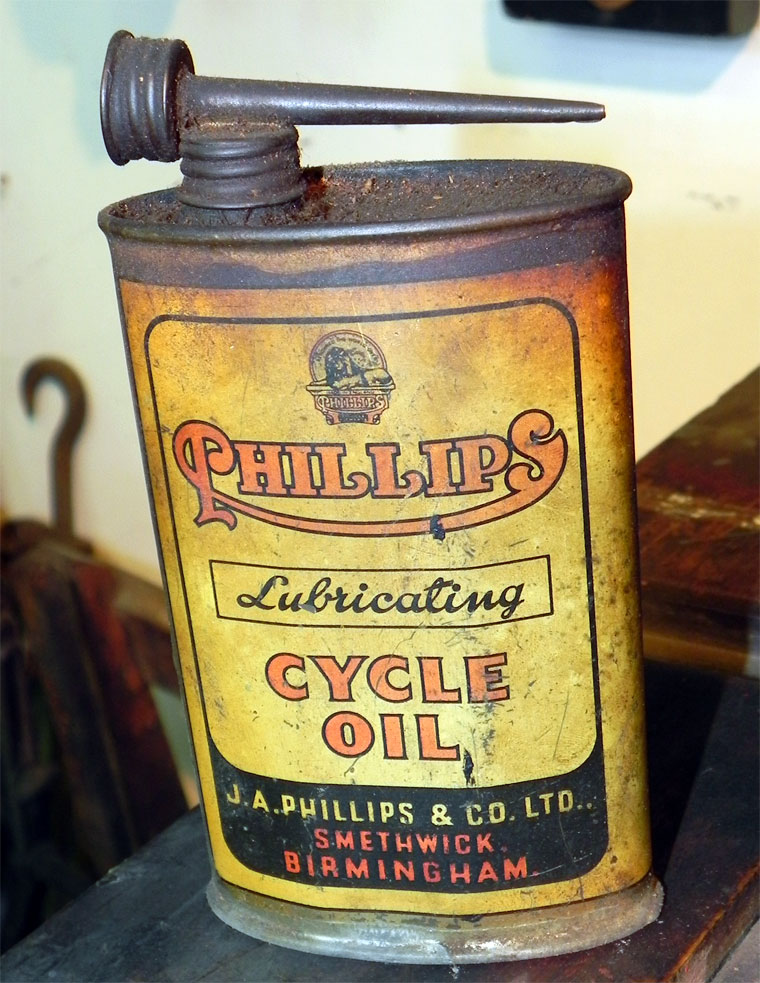 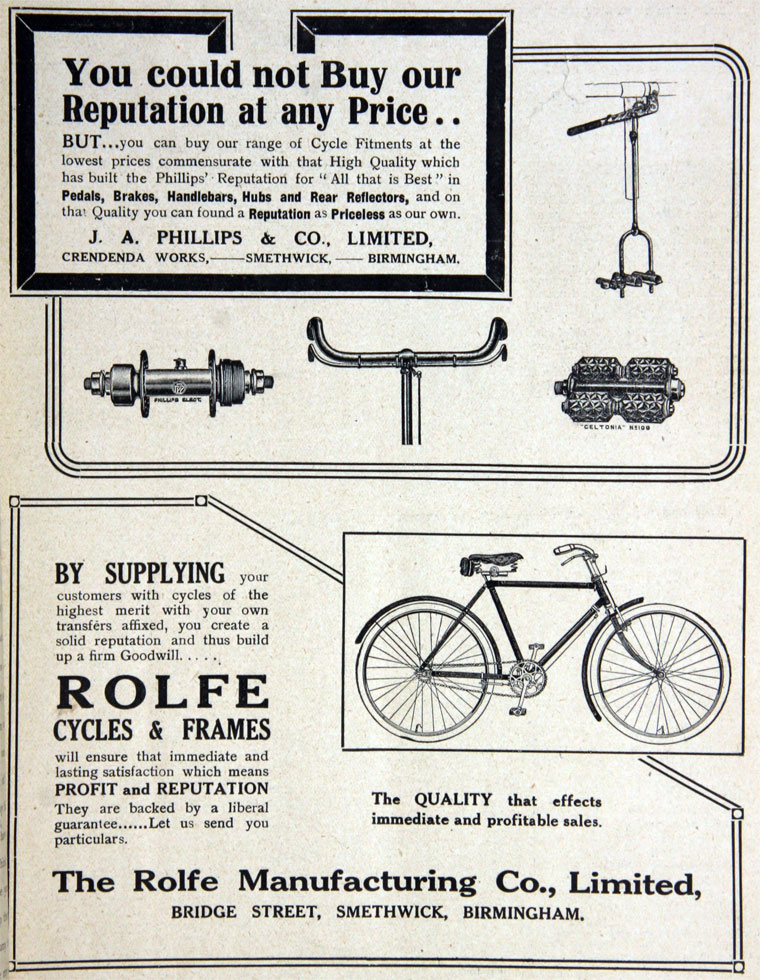 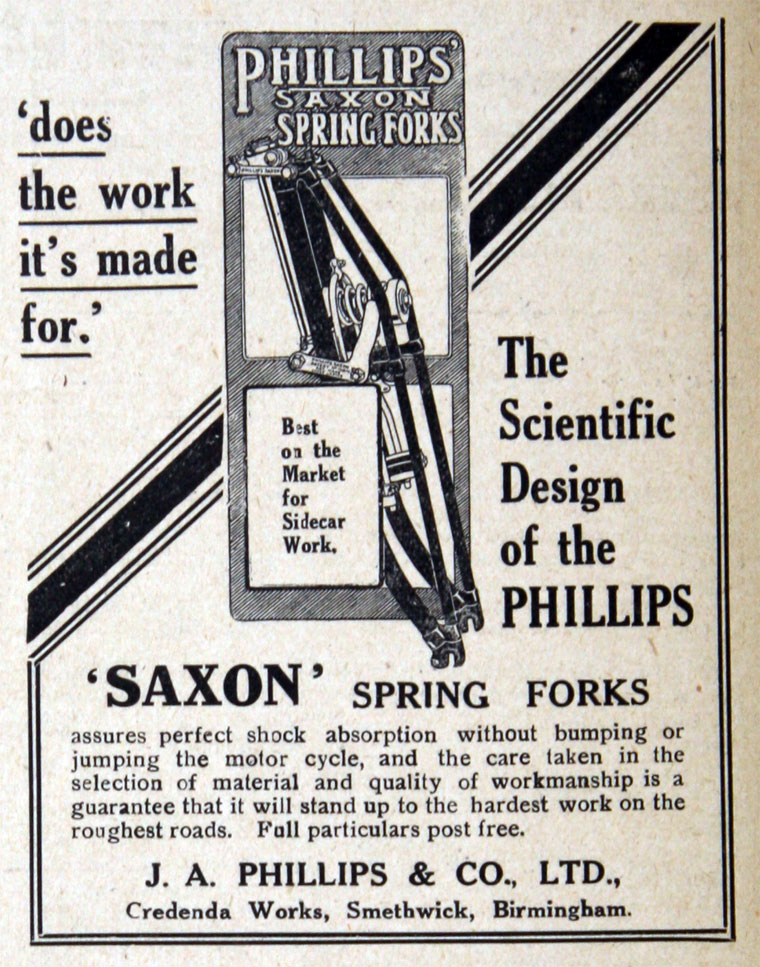 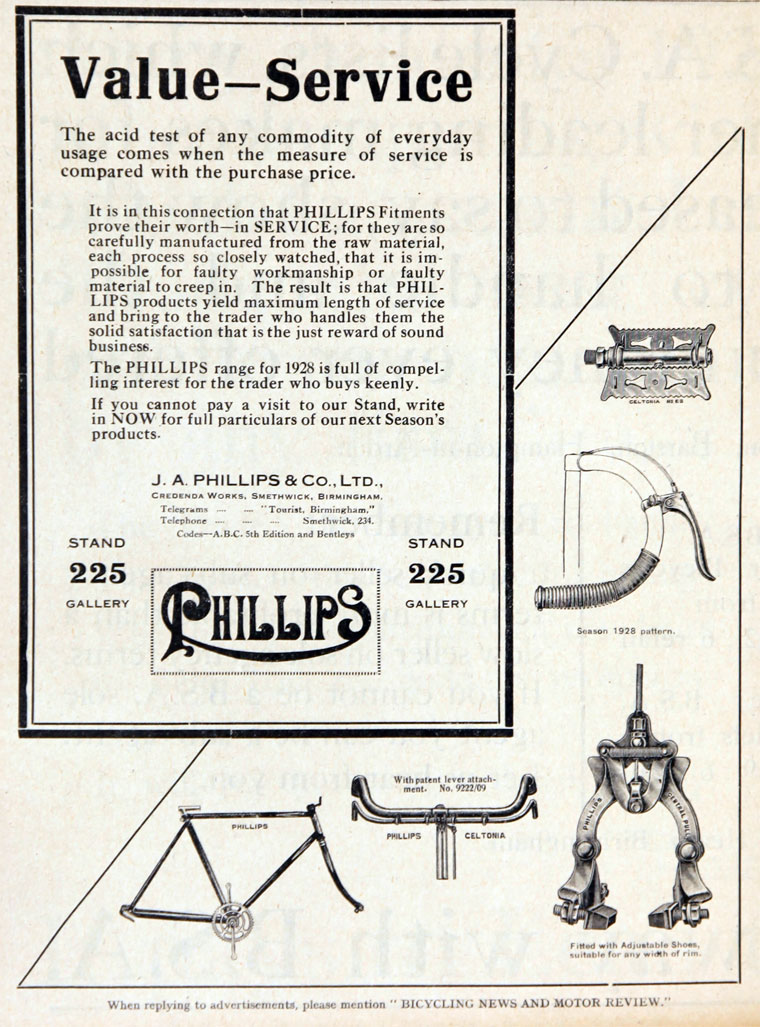 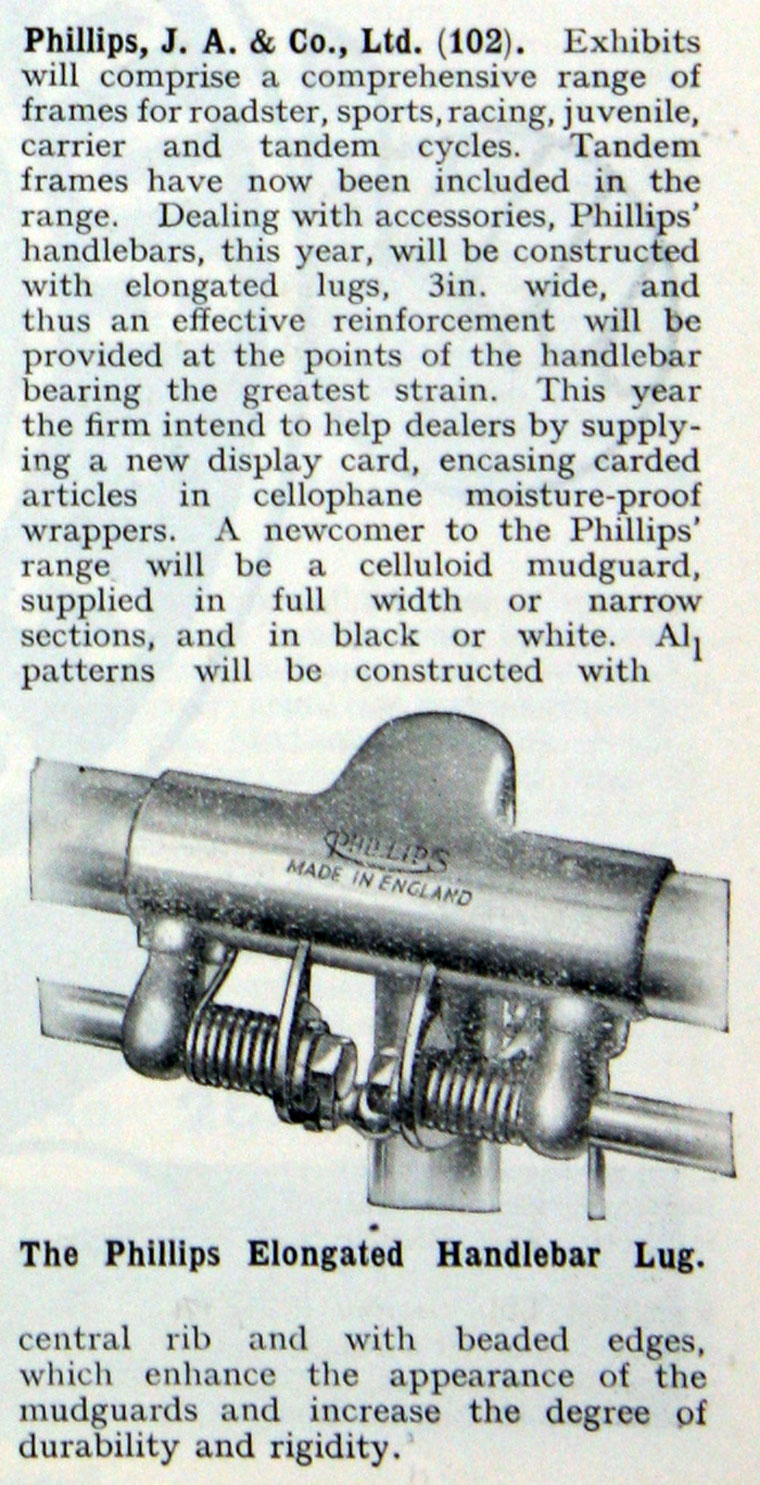 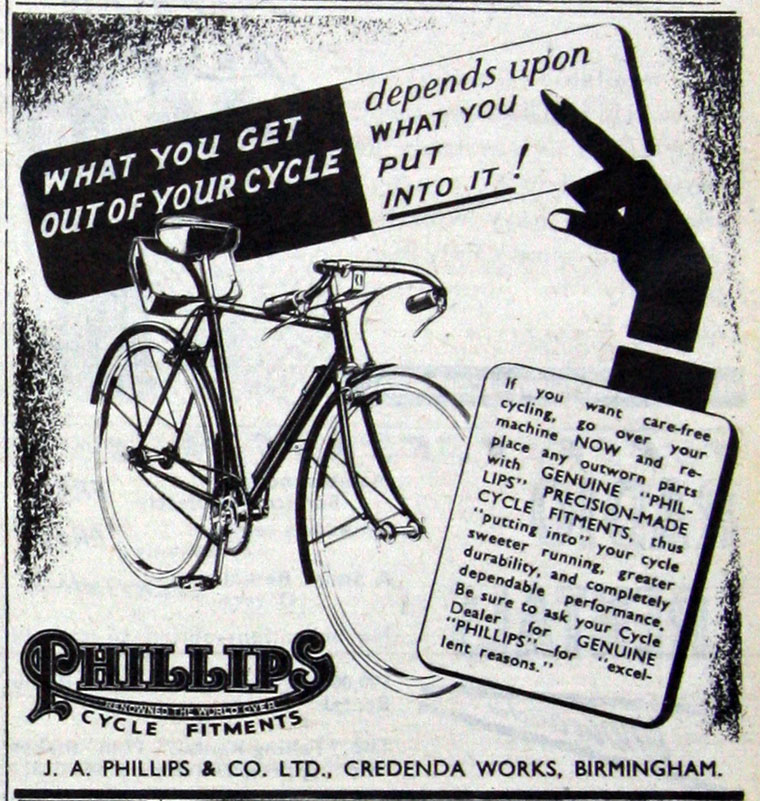 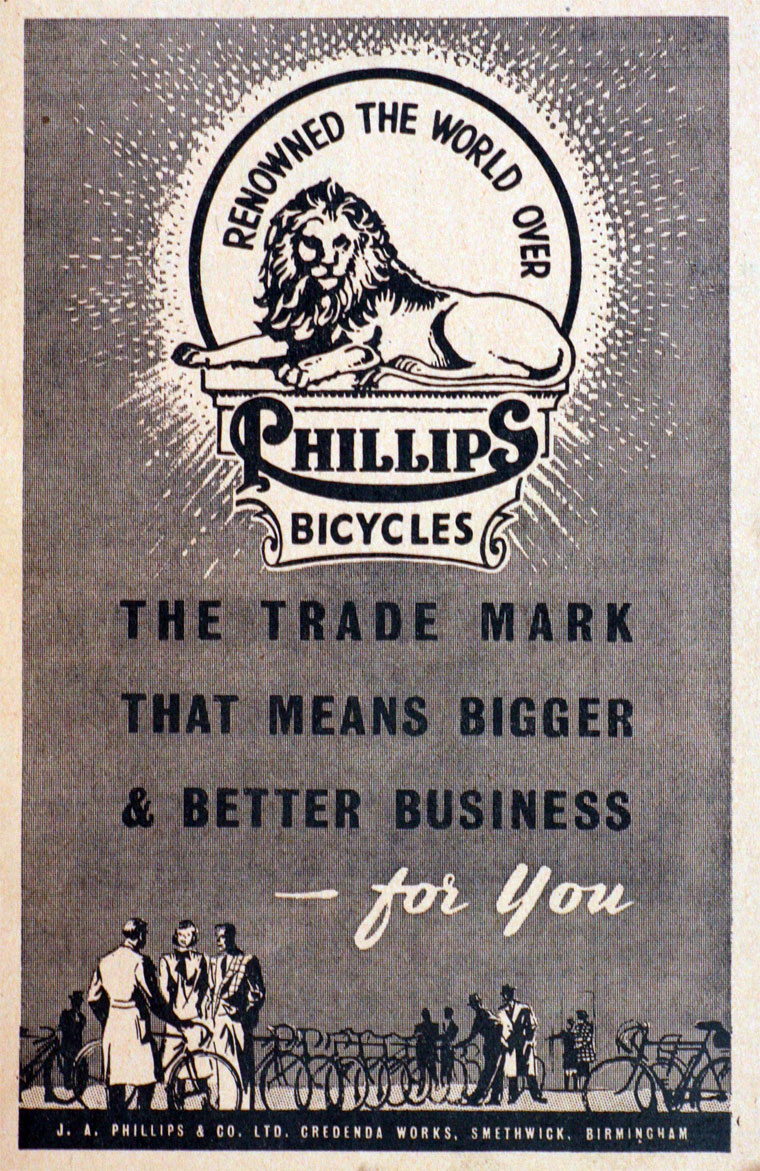 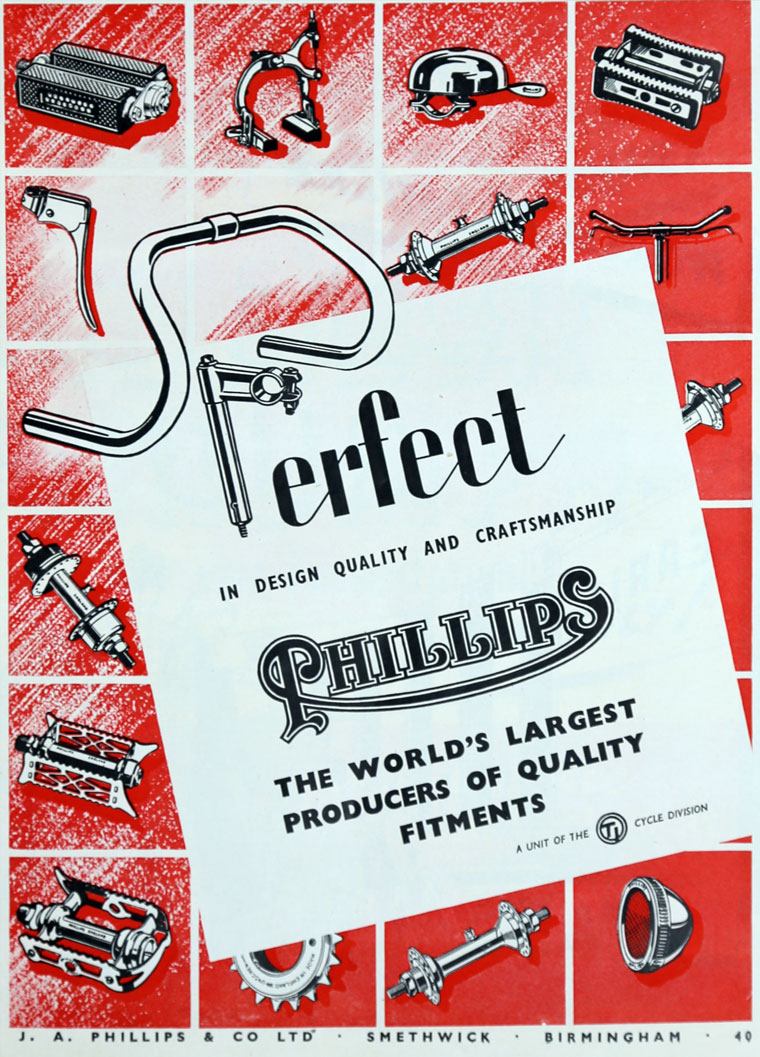 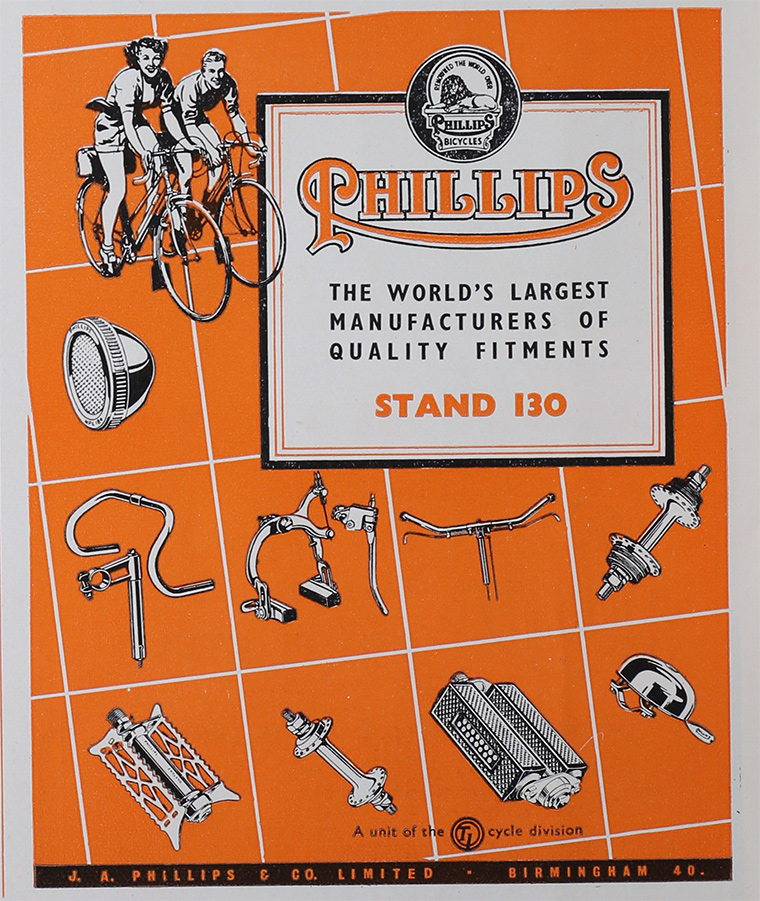 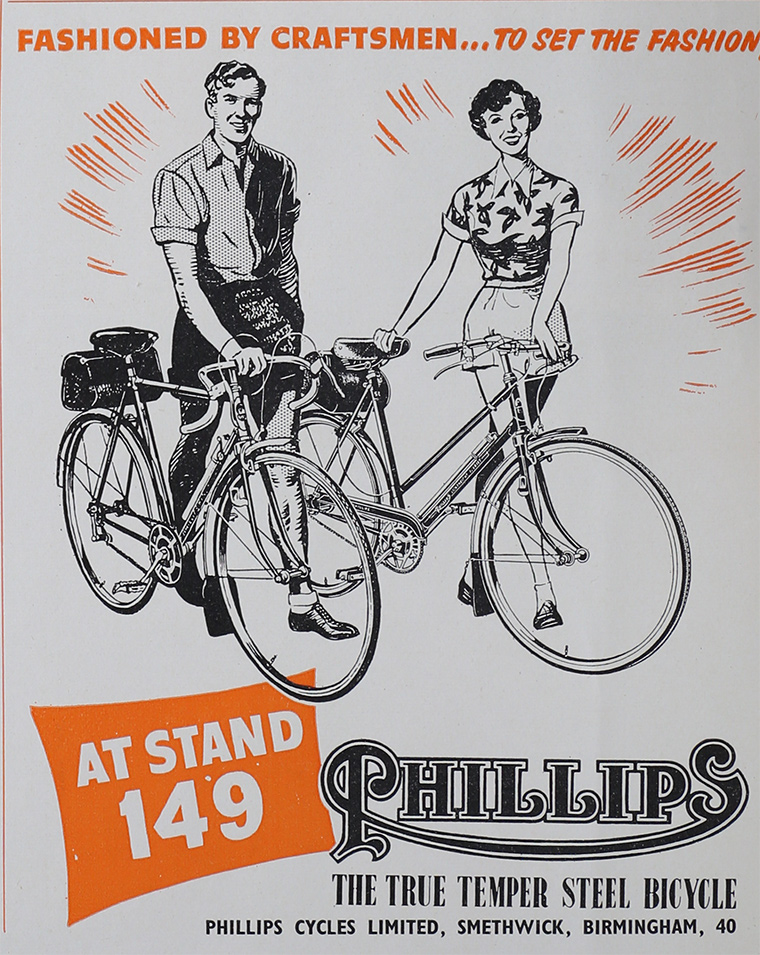 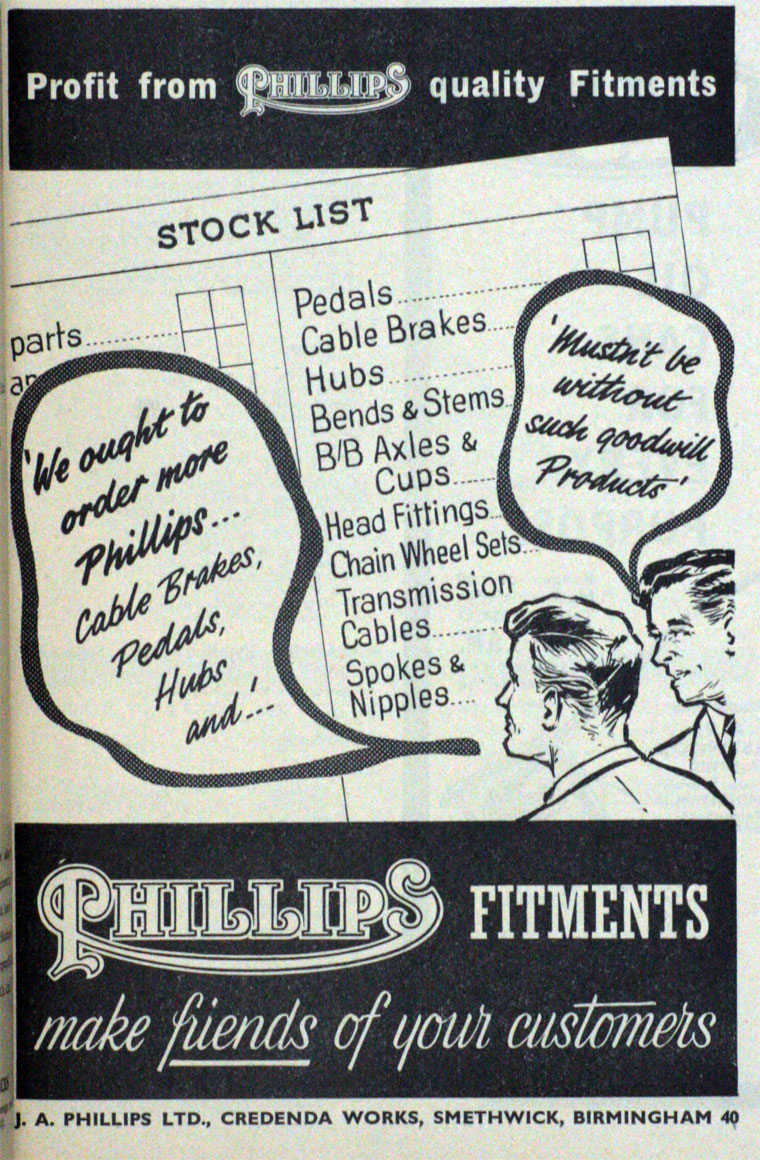 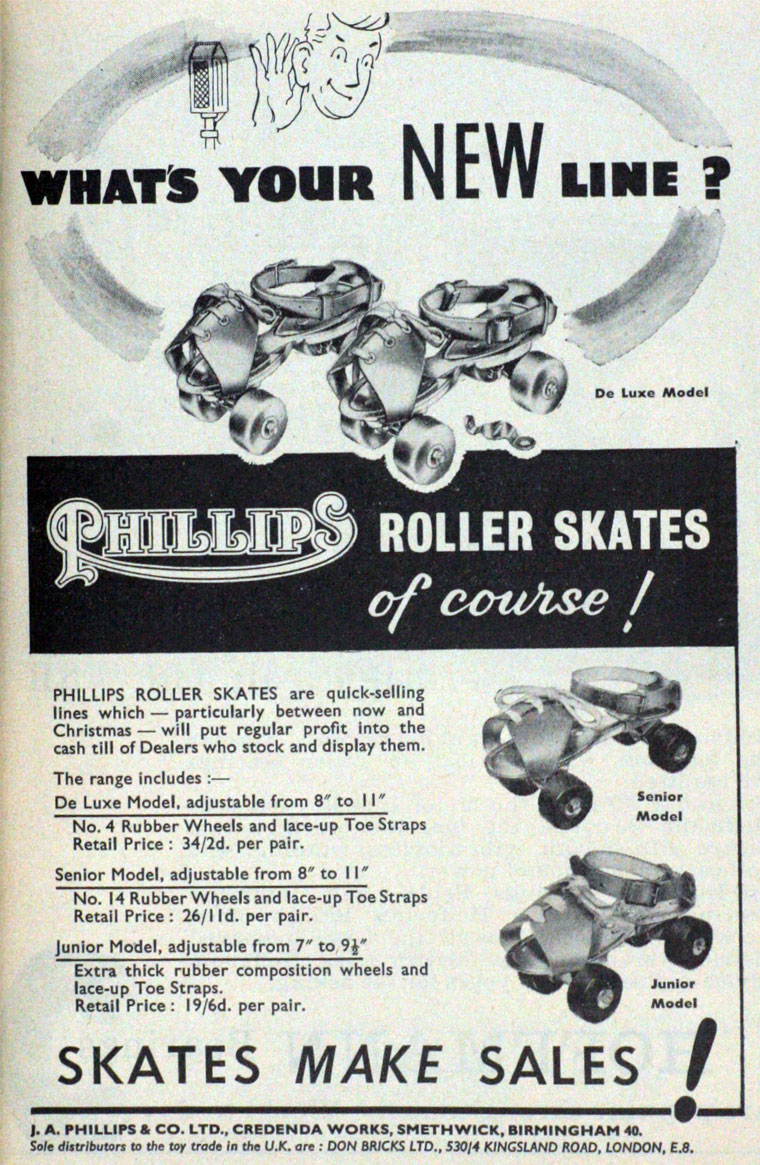 1908 The Birmingham firm of J. A. Phillips and Co, manufacturer of bicycles and bicycle components, bought the Credenda Works and gave up its Birmingham premises.

1909 Patent. Ernest William Bohle and J. A. Phillips and Co. Improvements in means of attaching brakes and other parts and fittings to cycles and like machines.[1]

1910 Partnership change. '... the Partnership heretofore subsisting between us the undersigned, John Alfred Phillips, Ernest William Bohle, and Henry Charles Church, carrying on business as Cycle Accessories Manufacturers, at "Credenda Works," Bridge-street, Smethwick, in the county of Stafford, under the style or firm of "J. A. PHILLIPS AND CO," was dissolved, as regards the said John Alfred Phillips, as and from the 30th day of September, 1909, by mutual consent. All debts due to and owing by the said late firm will be received and paid by the said Ernest William Bohle and Henry Charles Church, who will continue to carry on the business at the above address under the same style or firm as hitherto of "J. A. Phillips and Co"....'[2]

1910 Reported. “Mr Bohles holds himself responsible for the entire works department, while also supervising the commercial side, Mr Church being the travelling partner”[3]

1914 Reported. 'The firm of J. A. Phillips and Co., Ltd., carried on business at the Credenda Works, Bridge Street, cycle and cycle accessory manufacturers, There were 70,000 £l shares, of which Mr. Bohle held 33,000, Mrs. Bohle 2,000. H. C. Church 24,000, Mrs. Church 717, and J. A. Philips 4,000. Mr. Bohle and Mr. Church were joint managing directors, the secretary being Otto Hesmer. Mr. Bohle was a naturalised subject cf this country, and had been resident here twenty or twenty-five years, while Mr. Hesmer was naturalised about two years ago.'[6]

c.1920 Tube Investments AGM was told that Phillips, a maker of bicycle parts, had been acquired in the past year[9].

1949 The firm, a subsidiary of Tube Investments, employed some 2,000 people at the greatly enlarged Credenda Works, producing and distributing bicycle components.