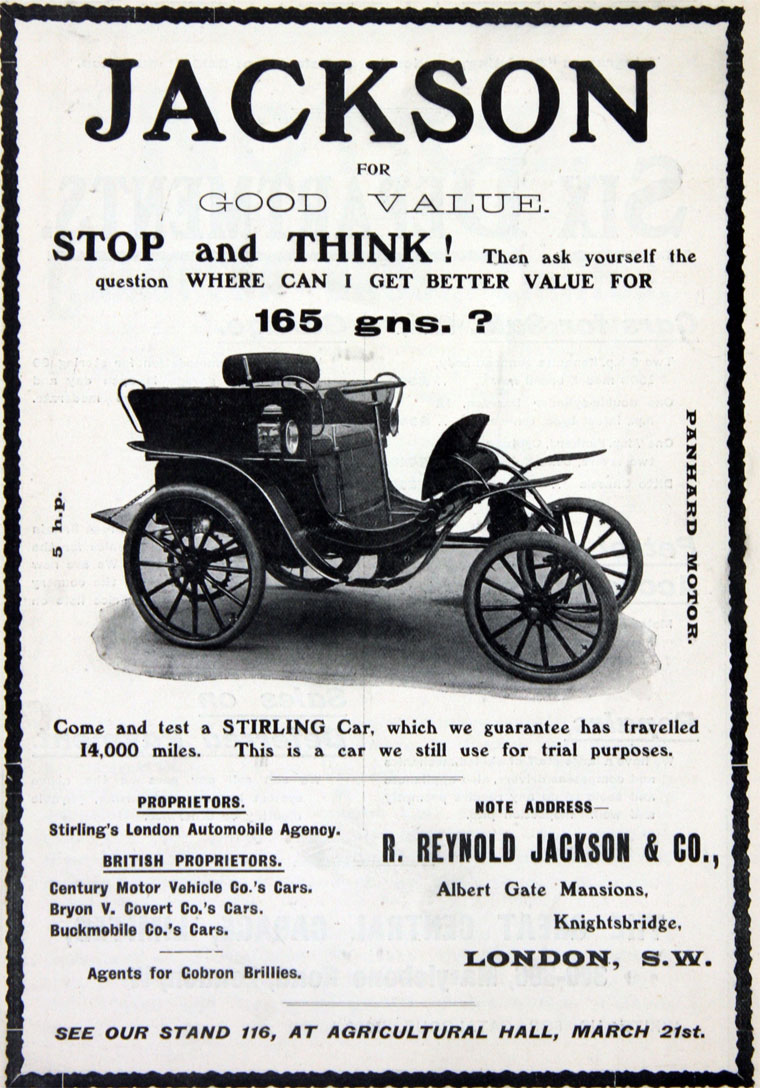 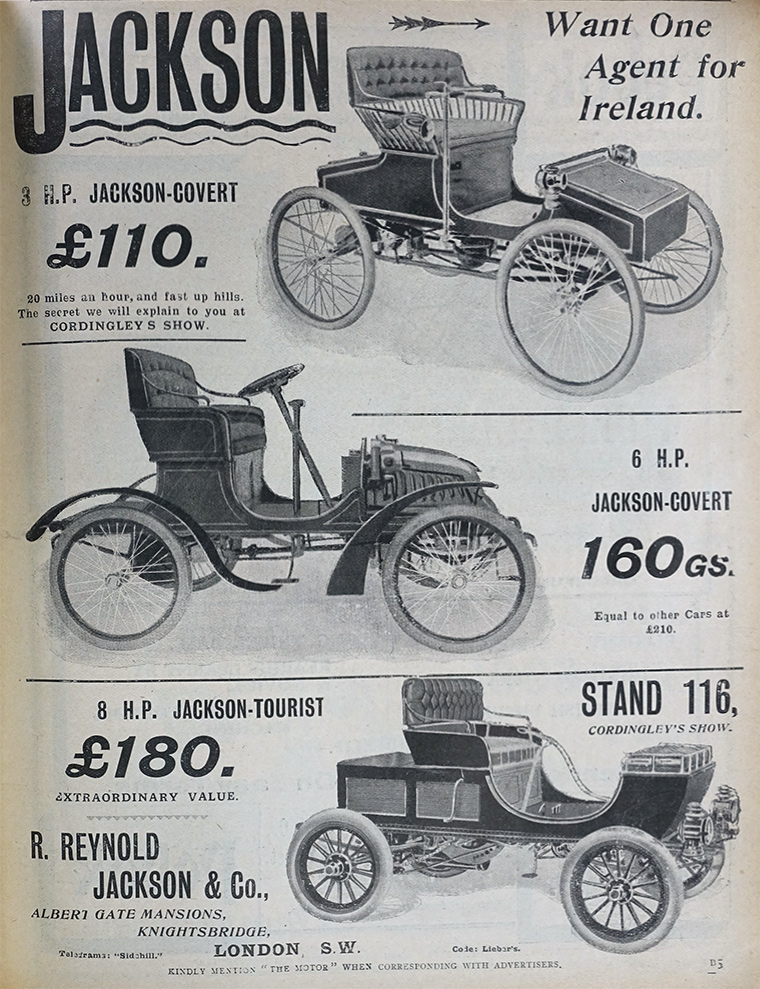 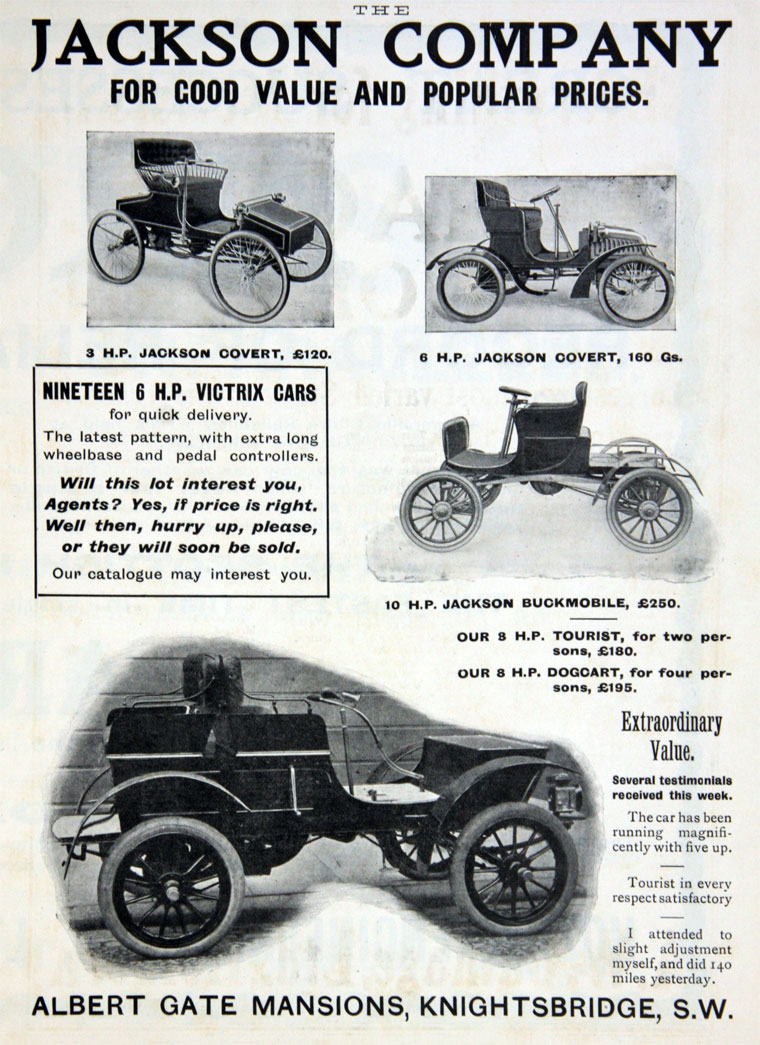 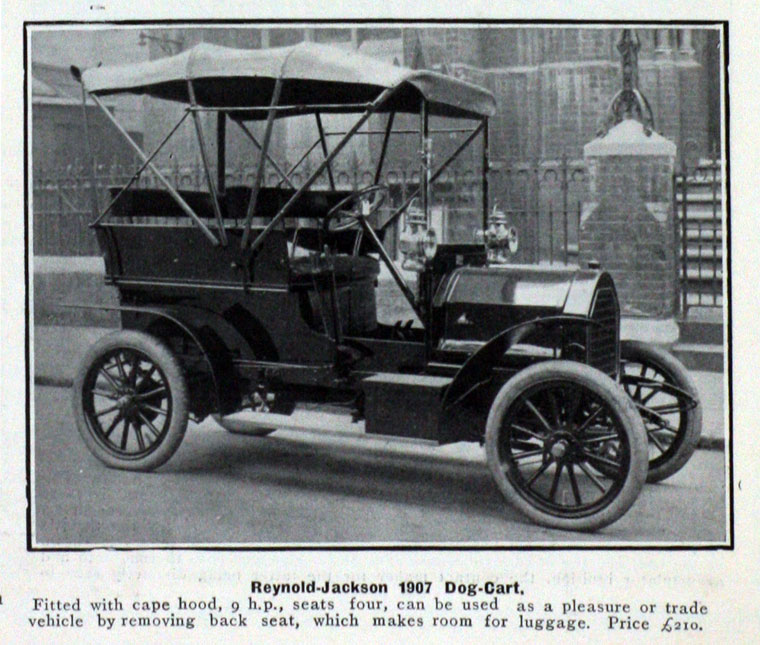 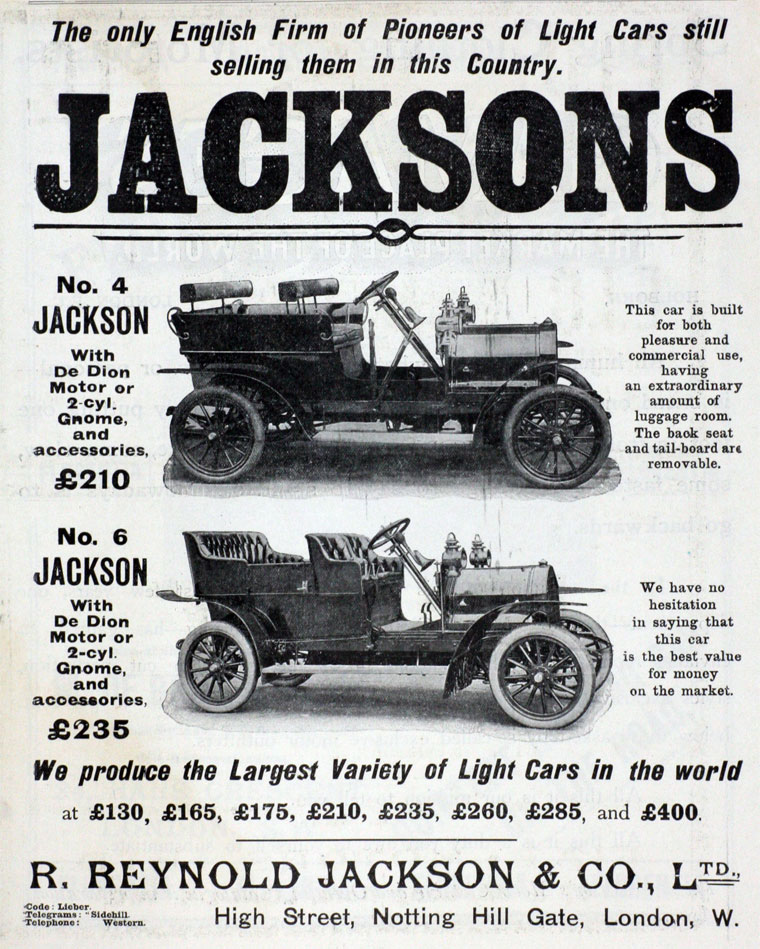 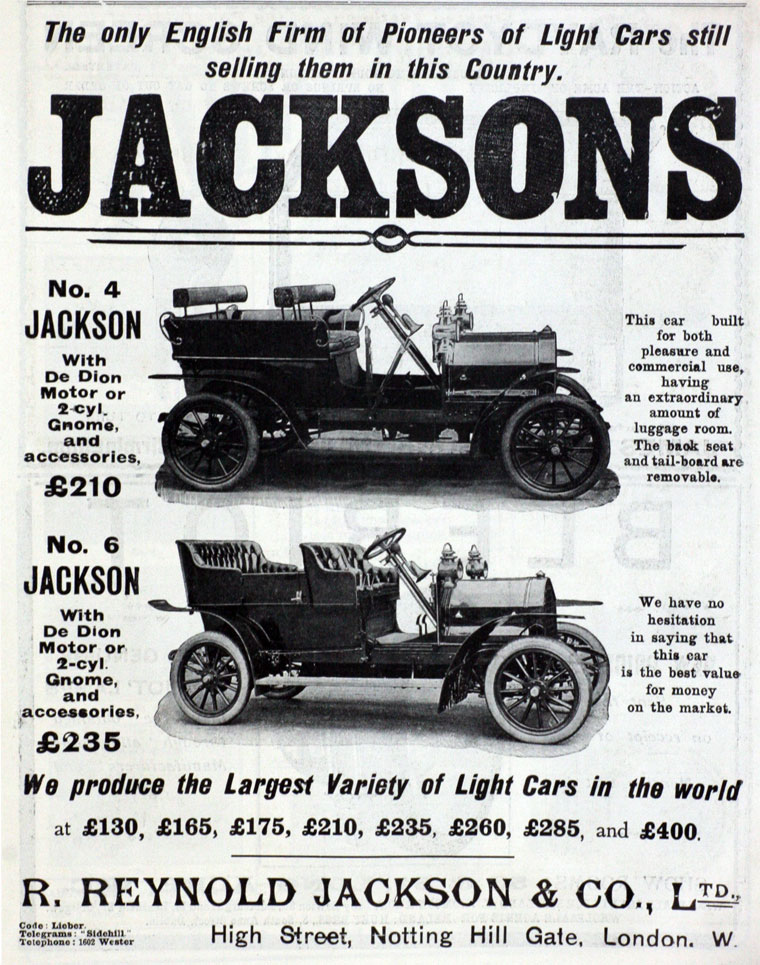 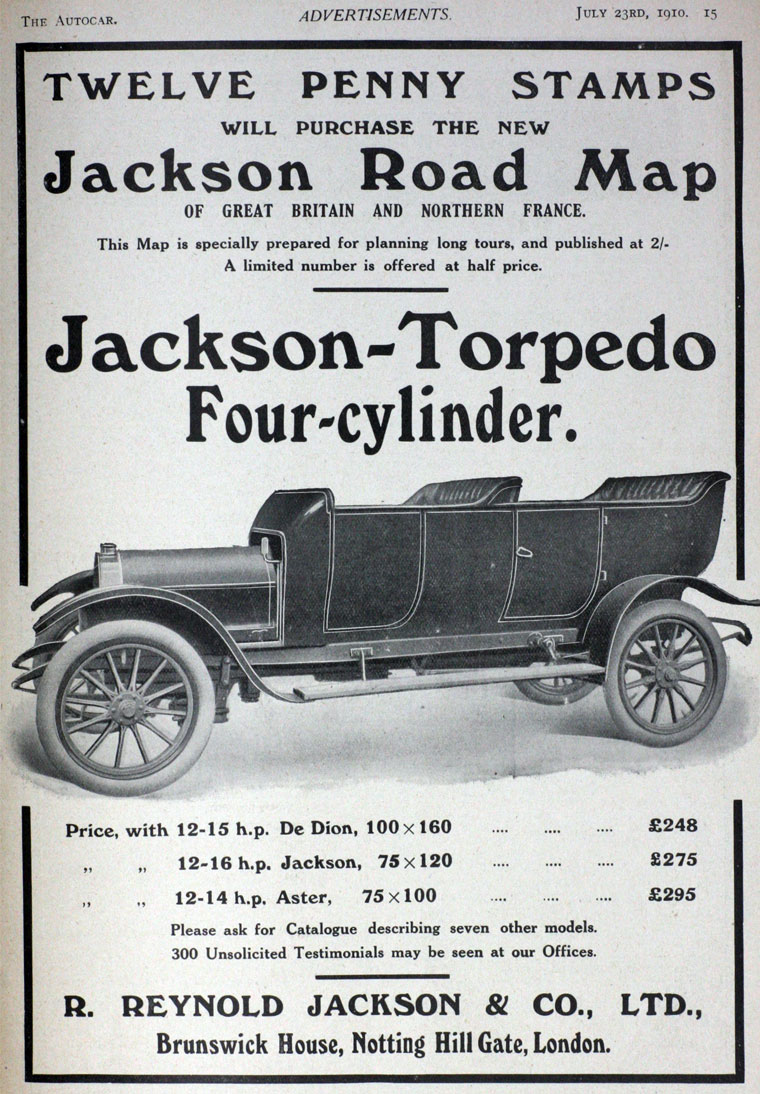 1906 R. Reynold Jackson and Co. based in Notting Hill Gate, built a bus chassis. It was fitted with a 30hp engine and a wide steel chassis frame; the engine and gearbox were supported on a sub-frame hanging from the main one. The three-speed gearbox was made of gunmetal.