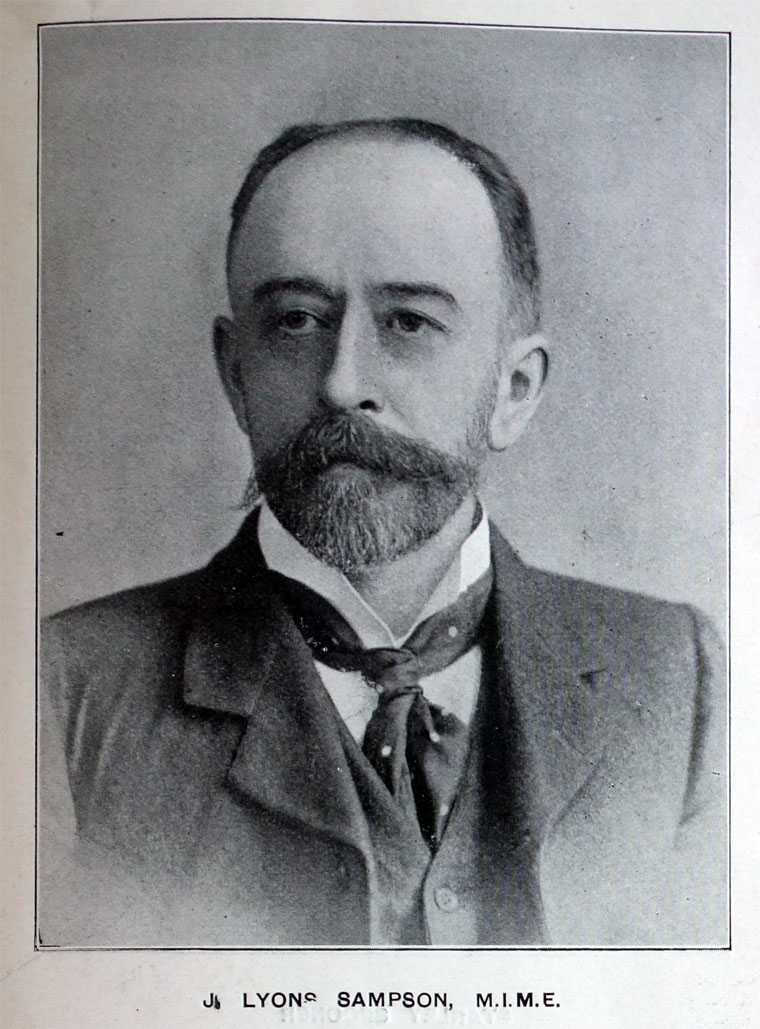 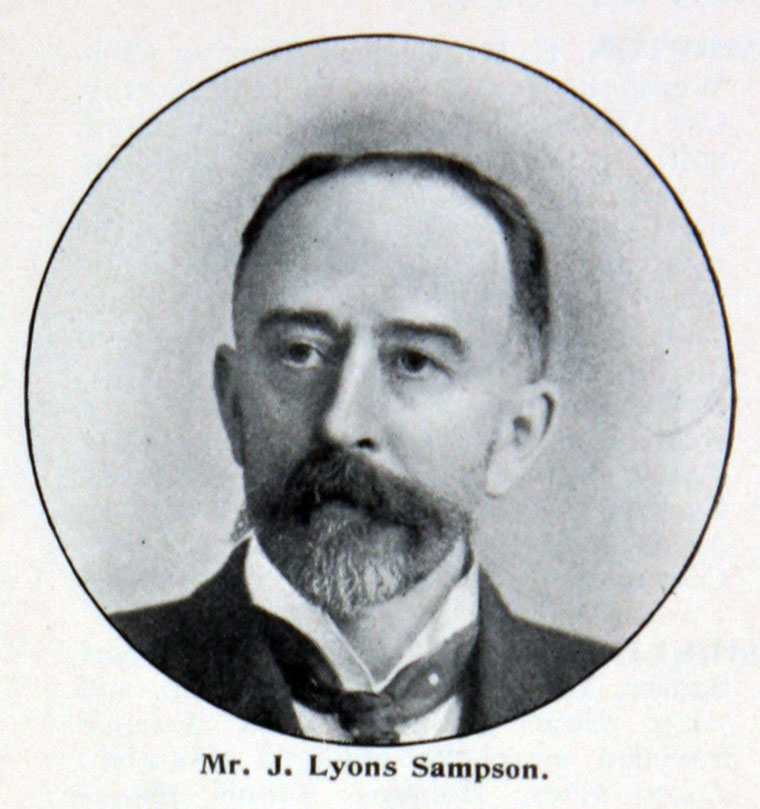 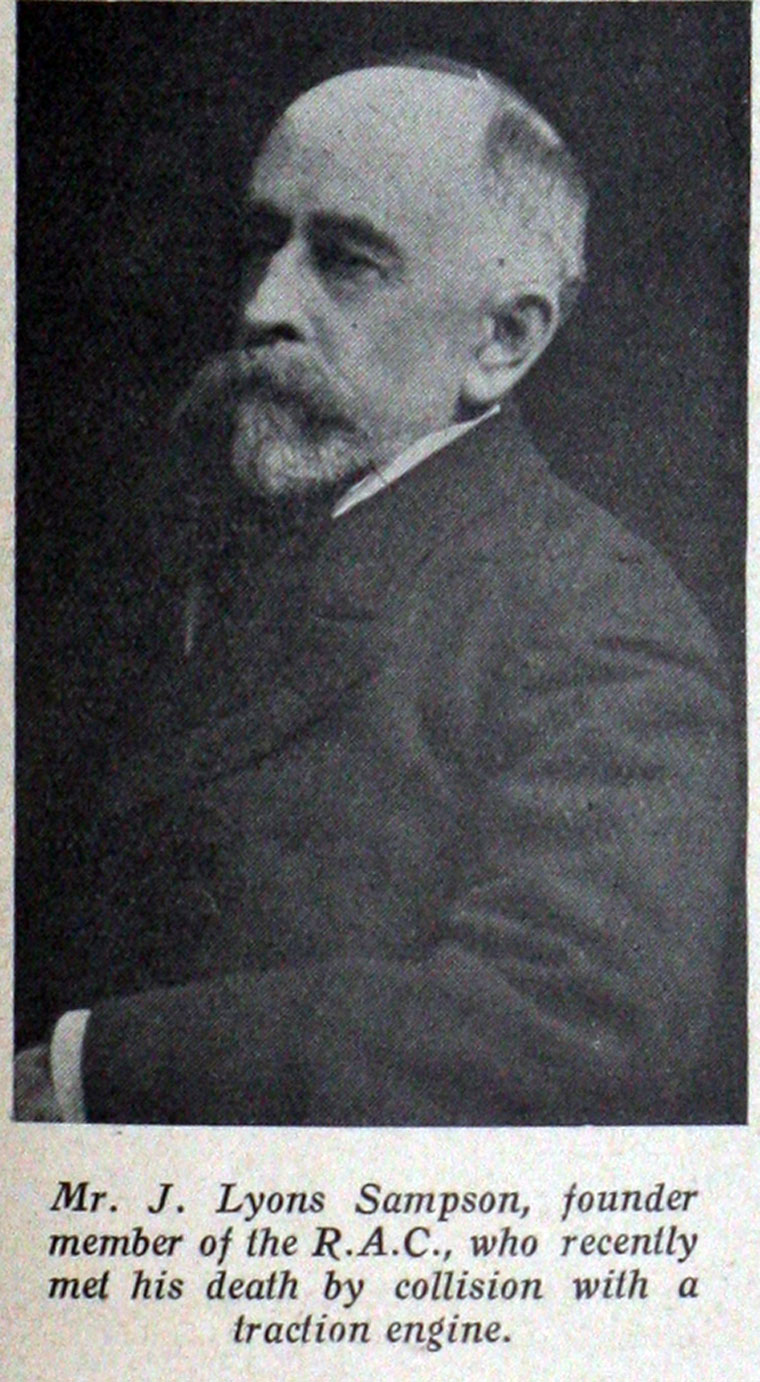 SAMPSON, JAMES LYONS, M. I. Mech. E., M.R.I.- A native of Co. Clare, commenced his engineering studies by entering the locomotive works of Sharp, Stewart and Co., as a premiumed pupil in 1861. Five years later he went to the hydraulic and engine department of the Elswick Works of Sir W. G. Armstrong and Co., Newcastle-on-Tyne.

In 1869 he came to London to join the firm of David Hart and Co., of Wenlock-road, N., ironfounders, engineers, and manufacturers of weighing apparatus. Mr. Sampson visited Sir D. Salomons' demonstration at Tunbridge Wells, and soon after made the motor a special study. He joined the Club as a Founder Member on December 15th, 1897; took part in all the early tours, read a valuable paper before the Club on January 8th, 1899, on "Brakes for Motor Vehicles."

He drove a 6 h.p. Benz Victoria in the first autumn tour, and has owned a car of this make since 1899. He joined the Club Committee on January 25th, 1901, was a judges' observer at the Richmond Show in 1899. He sat on the Trials' Organisation Committee of 1902 for the 650 Miles Trials, as one of the judges, and on the Sub-committee for the Glasgow Trials in 1901 as a judge observer.

He originated the annual dinners to celebrate the passing of the Light Locomotives Act.