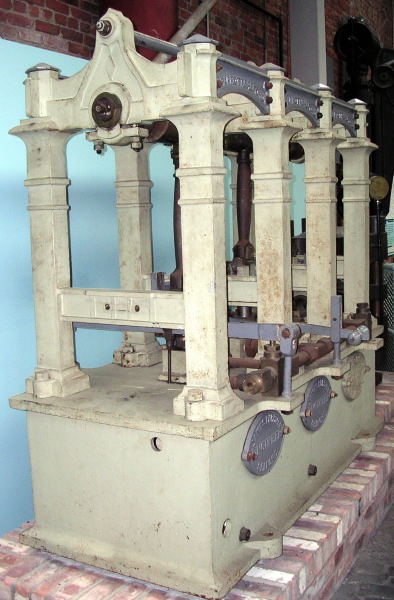 1857 Hydraulic Pump. Exhibit at Manchester's Museum of Science and Industry

1863 James Parrott listed in Slater's Directory of Manchester and Salford, 1863 as engineer and machinist and machine maker 49 Brown Street, Salford. Brown (or Browne) Street, ran from Chapel Street to the River Irwell, adjacent to Mather's Ironworks.

1868 Patent 3372 issued to James Parrott and Wright Jones for improvements in machinery for beetling woven fabrics and other materials. [1]

1897 Notice in respect of the will of James Parrott of Rawcliffe Street, South Shore, Blackpool and of Salford (Engineer and Machinist)[2].