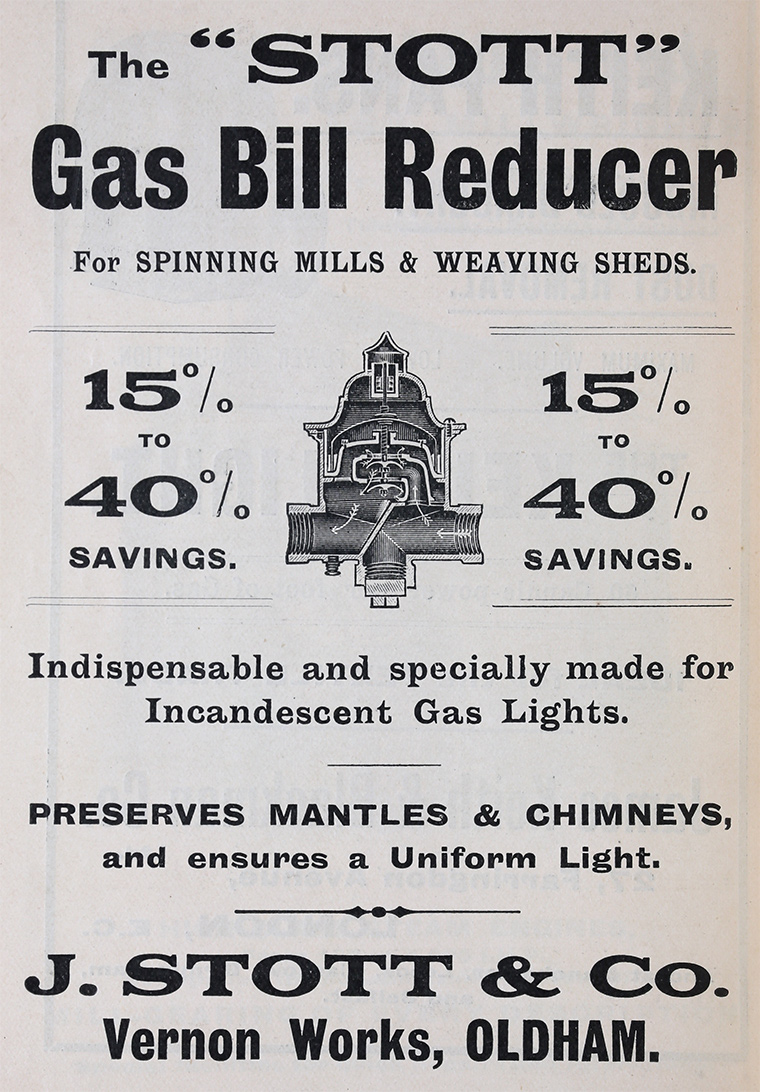 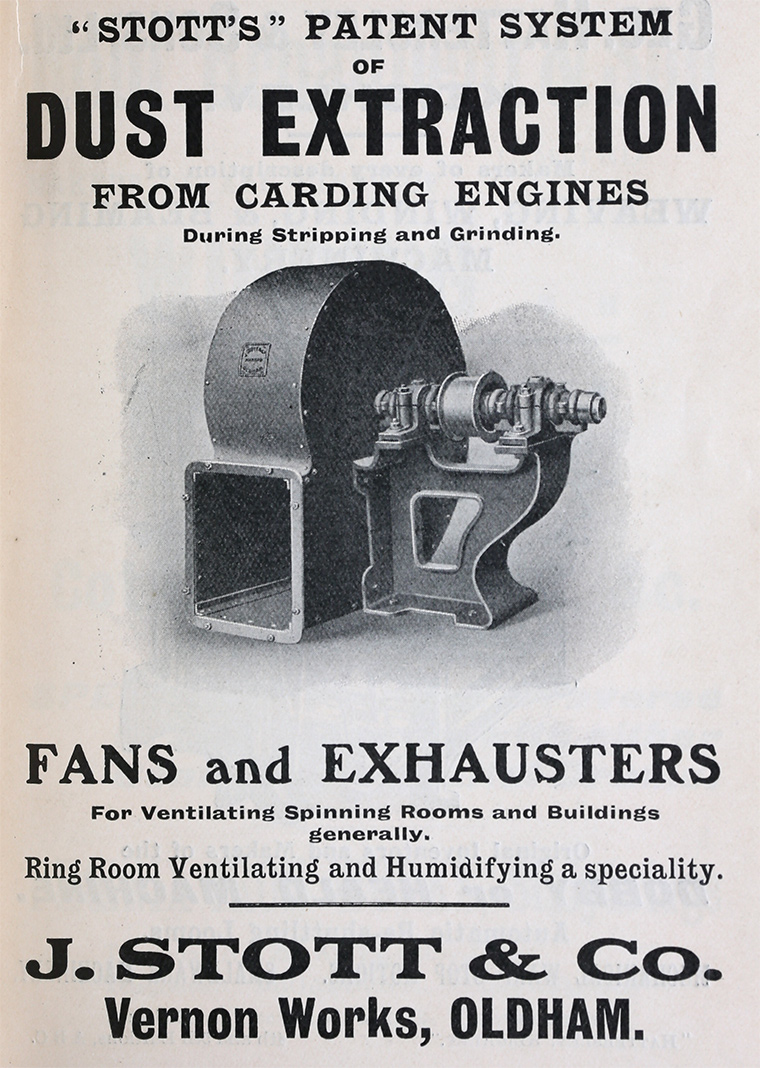 1870 James Stott of Oldham, a member of the famous Oldham family of architects, perfected his "Mecurial" gas governor, superior to anything then available.

Giving up his dental practice, he set up in business in a tiny lean-to shed in Jackson's Pit, Oldham.

As Stott's small enterprise rapidly grew, it moved production to the Vernon Works, Oldham. From there, it further expanded into the manufacture of gas lighting fittings, including theatre lighting equipment.

For some years thereafter, the firm were also prominent makers of heating and ventilation equipment.

1906 It diversified into catering equipment, at first concentrating on the oven and kettle, to produce frugal "brew and pie" snacks for workers in the Lancashire cotton industry and elsewhere. This led to further developments in the new field of industrial catering.

1934 James Stott died. His descendants retained management of the company until 1974.

WWII. The greatest spur to expansion was World War Two, when companies were prompted by government to set up works' canteens.

Post-WWII. Between 1949 and 1953, the company expanded into Rose Mill, Chadderton.

By 1950 James Stott and Co (Engineers) was a subsidiary of the Imperial Continental Gas Association[3].

1960 Imperial Continental Gas Association sold its interests in James Stott and Co to Glover and Main (who had approached ICGA with an offer) as equipment manufacturing was not a core activity for ICGA[4].

1962 Still known as Stott of Oldham, the new company made its final move into Fir Mill, renamed Vernon Works, in High Barn Street, Royton, and extended on that site in 1967.

1965 became part of Thorn Electrical Industries when it acquired Glover and Main.

Under their "Quality Built" slogan, the company managed research, design, production and sales for a product range which extended from individual appliances to complete modular catering systems, typically for factories, hospitals, schools, trains and vessels. The largest British manufacturers in their field, the company had some 1000 employees at is peak. It produced up to 20,000 individual items in a year, maintaining a commercial presence throughout Britain and abroad.

1974 The last of James Stott's descendants left the management of the company.

1979 Stott merged with the London-based catering equipment company, Benham and Sons Ltd, who were also part of the Glover and Main Group, now a subsidiary of Thorn EMI.

1987 As Stott Benham Ltd, the company was taken over by the Swedish Company Electrolux.

It continued to operate from the Vernon Works until 1994, when manufacturing and supply operations were relocated out of the area and the works closed.