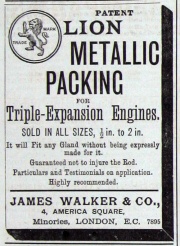 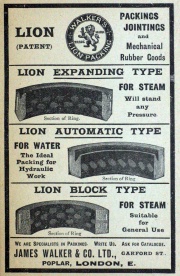 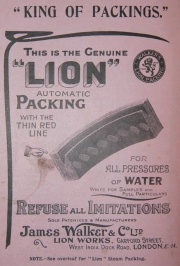 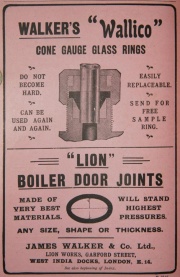 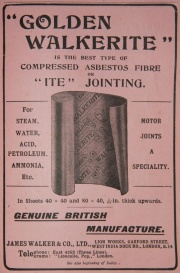 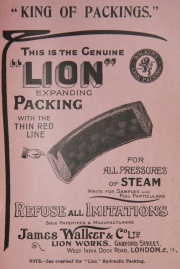 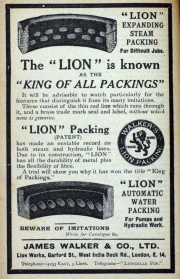 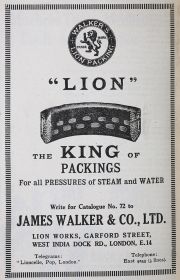 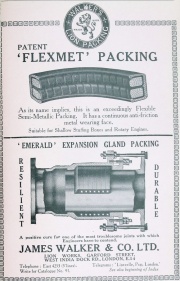 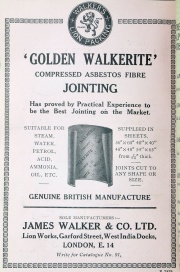 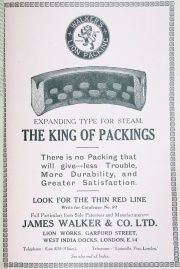 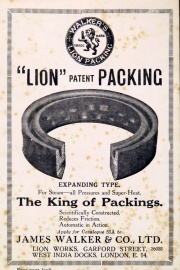 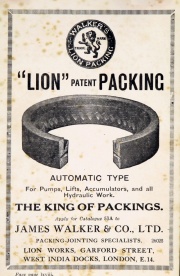 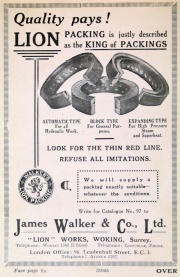 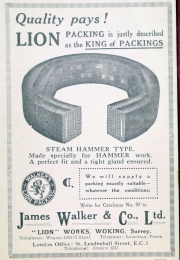 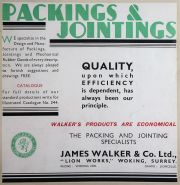 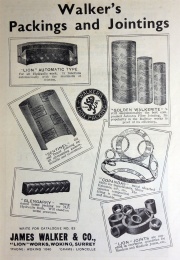 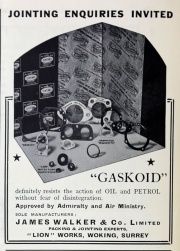 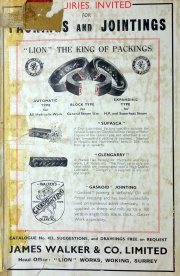 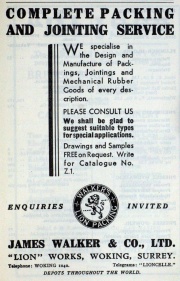 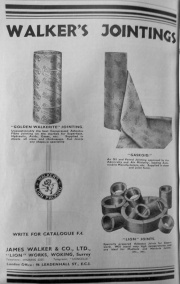 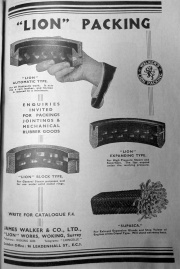 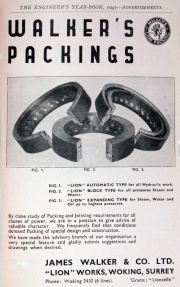 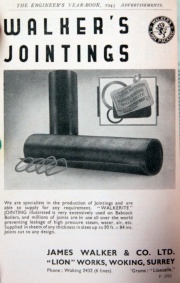 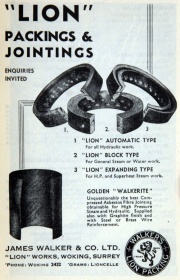 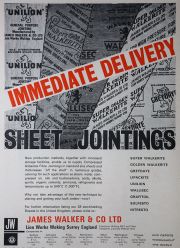 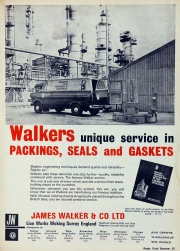 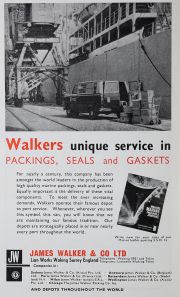 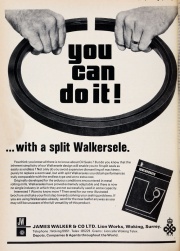 Prior to James Walker's commercial leap from the factoring of engineering accessories to sealing product development, few other companies had applied engineering science to the design and manufacture of packings for triple expansion engines. This, plus business acumen, was his personal route to success and the start of a new technology - high performance fluid sealing.

By 1898, he had outgrown his cramped warehouse in the back streets of east London. He bought a disused rope walk and then a second factory in the same street at the heart of London Docklands, close to the vessels that needed his products such as semi-metallic Lion® Patent Packing. At this stage the name Lion Works was created.

As business rapidly increased, he established depots in the UK's main industrial centres and principal ports, where packings and his new Golden Walkerite® high-pressure jointing found ready markets in the marine, automotive and railway industries.

James Walker's outstanding success attracted competitors thick and fast, especially when his original patents expired. But constant research and development, and the resulting improvements to products, kept him well ahead of the field.

1910 He opened his first overseas depot in Antwerp. Lion Packings were marketed in the USA during the early 1900s, but it was not until 1912 that a James Walker depot was founded in New York.

1913 James Walker died at the age of 73. Although a major influence on the company's growth until his death, day-to-day responsibilities had, for some years, been in the capable hands of George Cook - an early member of James Walker's team who earned respect as a successful salesman working worldwide.

WWI. Sealing products were in great demand by every branch of the armed services.

By 1926 there was a workforce of 350 and the London Docklands premises were bursting at the seams. On a weekend drive in Surrey, George Cook discovered a large disused factory near Woking. Its Victorian offices had been built as the Royal Dramatic College and retirement home for actors, then became a centre for oriental learning. Assembly shops were added between 1910 and 1923 when it was used by Martinsyde for aircraft and motorcycle production - with a 2000-strong workforce.

Production was moved to the Woking factory and Lion Works, Woking, Surrey was set to become an address known to industry across the world as the company grew in international stature. Today, Lion Works has gone, although the Lion House head office of James Walker Group still occupies a corner of the original site.

These were times of rapid overseas expansion, with production and demand well matched. A Paris office was formed as soon as business in France returned to normal after the Great War. Successful sales through agents in Holland during the 1920s led to the opening of a James Walker depot at Rotterdam in 1933.

1930 On the other side of the world, an Australian company was founded with offices at Sydney.

1933 Sales branches opened at Melbourne. The business scene was the same in the USA, where James Walker Packing Company Inc was formed as a manufacturer, to capitalise on the 21 year success of the New York sales depot.

1935 The Australian venture proved so successful that manufacturing in Australia started.

1938 When George Cook, his sales, planning and management abilities had turned the company into a manufacturing success and a world leader in fluid sealing products. His place at the helm was taken by William Dixon, a junior clerk in 1900, who rose through the ranks as salesman, depot manager, PA to George Cook, director, managing director and chairman.

1939 When war began, products and knowledge were again in urgent demand - and so were new skills. Chemists, metallurgists, tribologists** and materials scientists were all needed to help develop the fluid seals and other components that would match giant leaps in engine and plant technology - and lead to the jet and nuclear ages soon to follow.

In 1948, the company's reputation for materials technology made it one of the first outside America to work with a 'new' polymer called PTFE. At that time PTFE was classed as a strategic material available only on special licence from the USA.

Engineering work with polyamides started soon after. This led to the identification of new roles for thermoplastics and fluoropolymers in high integrity seals on rotary and linear action mechanisms operating in the harshest environments.

The 1950s brought further expansion in international markets. A modern factory was built outside Sydney, Australia to meet regional demands, and the first compressed fibre jointing ever produced on that continent rolled from the mill in 1959. The USA operation moved its manufacturing and office site to Glenwood, Illinois - closer to America's industrial heartland than New York - and in Italy a James Walker company was founded in Milan for a similar reason.

By the 1970s, there were group companies operating in nine countries, and sales activity in 80 countries.

The sealing industry then faced a crisis of confidence in its most versatile raw material - asbestos. At the same time, the UK was pushing forward with North Sea gas and oil field development. New materials and products to meet these challenges were urgently needed. The company's scientists, technologists and engineers launched themselves into research and development programmes that were to set the seal on its continued success.

Within a few years it had proven ranges of non-asbestos packings, jointings and expansion joints on the market, and were helping all sectors of industry to become asbestos-free. Liaison with operators and equipment manufacturers in the oil and gas industry proved highly productive. Other materials and products soon followed - to provide sealing solutions to extend the maintenance-free working life of oil-field equipment, and enable operators to work more efficiently in hostile environments.

Further technological challenges followed in the 1990s when the control of VOC (Volatile Organic Compound) emissions became an environmental and economic necessity.

Today, the development of high performance elastomers and engineering plastics is a key factor in the company's solution of fluid sealing problems. [10]