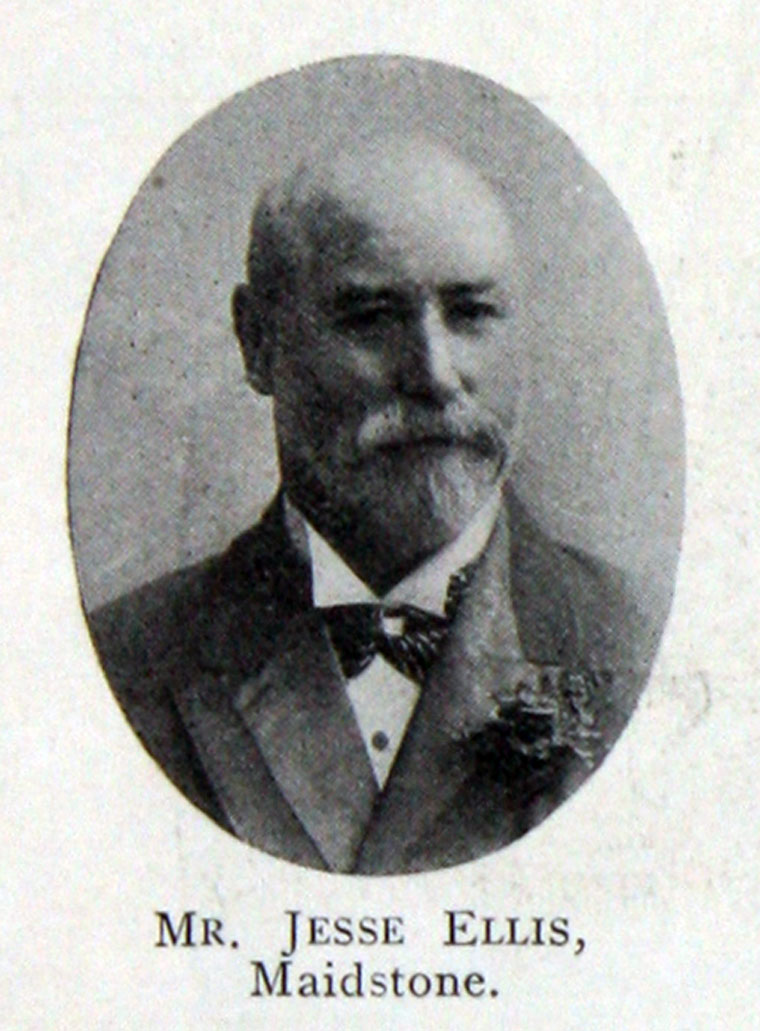 1864 Working for Aveling and Porter

1873 Partnership with Arthur Fremlin, a local brewer and traded as Jesse Ellis and Co

He received his engineering training of five years with the firm of Messrs. Aveling and Porter, Rochester, and, on leaving them at the age of twenty-three, started in business for himself.

From 1871 he was the managing partner of the firm of Jesse Ellis and Co., engineers and boiler makers, Invicta Works, Maidstone, where he made a specialty of traction engines, and brought out a steam motor-wagon with special fire-tube boilers. This wagon be personally introduced into Egypt in 1902, and was complimented by the Sirdar, Sir Reginald Wingate, on its success.

He was one of the founders of the Royal Automobile Club, and a Member of the Royal Agricultural Society, and of the Bath and West of England Show. He was also one of the founders of the National Traction Engine and Owners' Association, and a Vice-President of that body at the time of his death; for a great many years be did constant and most useful work in connexion with heavy road haulage.

For twenty-five years he was a member of the West Kent Yeomanry, and retired when holding the post of Farrier Major.

His death took place, after a long illness, on 17th October 1916, at the age of seventy.

He became an Associate Member of this Institution in 1898, and a Member in 1904.