Grace's Guide is the leading source of historical information on industry and manufacturing in Britain. This web publication contains 148,385 pages of information and 233,851 images on early companies, their products and the people who designed and built them. 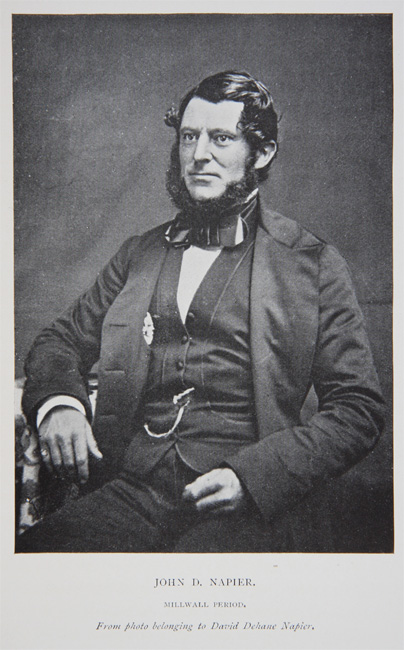 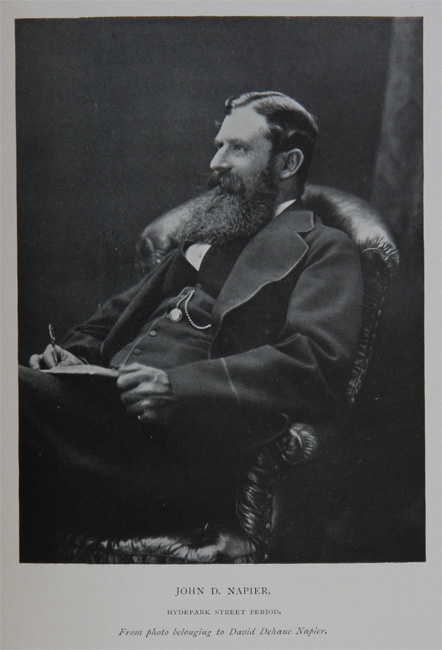 One of the sons of David Napier who assisted his father in the ship and engineering works at Lancefield.

In 1837 they moved with him to Millwall, London.

1852 The 3 brothers left Millwall and moved to Australia. They first tried gold-mining but after failing to succeed at that, they then followed diverging paths.

1855 Returned to Britain. Became assistant manager in his uncle's shipyard, R. Napier and Sons of Govan. Napier worked on the armour-clad vessel Erebus and delivered her to Portsmouth. Shortly after he delivered another vessel to Canada after which he and his wife toured the country and North America.

1857 January 15th. Married at Stepney to Sophia Dixon. Ceremony at St Anne Limehouse by licence in the presence of Benjamin J. Dixon and Adelaide Dixon. He was an engineer, of St Mary Abbot, Kensington, father David Napier, gentleman. She was of the parish, daughter of Benjamin Dixon, gentleman.

Appointed principal manager of the Govan yard, a position he held for over six years.

c.1865 Asked by the Millwall Iron Works and Shipbuilding Co to manage their "Scotch" yard, this being, practically, the same yard where he and his brother had formerly carried on their business but that works eventually closed.

c.1864 Became manager of the Canada Works in Birkenhead

1867 Returned to Glasgow where, with brother Robert, he established the firm of Napier Brothers, a business established to apply brakes to ships' windlasses and other machines[3]