Grace's Guide is the leading source of historical information on industry and manufacturing in Britain. This web publication contains 140,242 pages of information and 227,382 images on early companies, their products and the people who designed and built them. 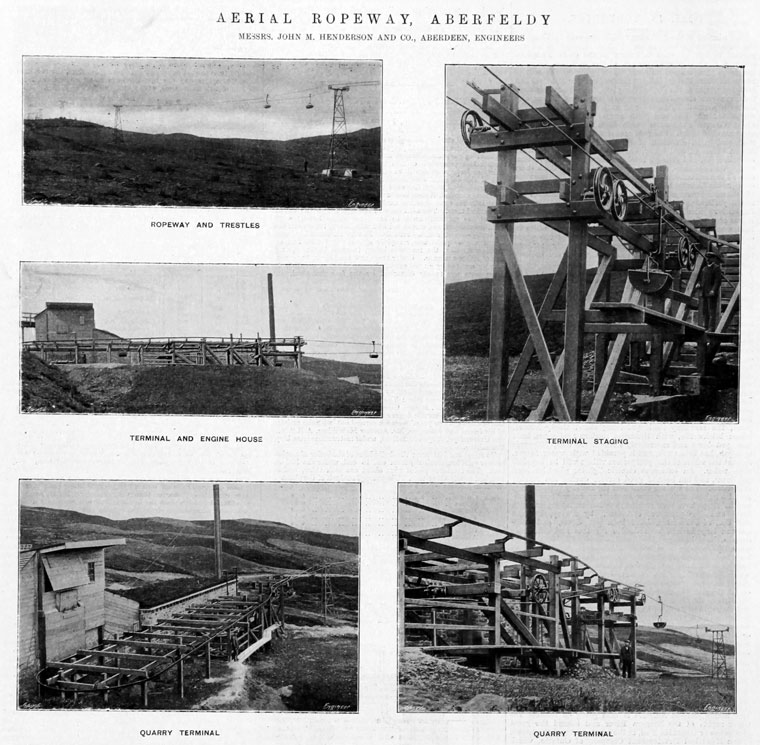 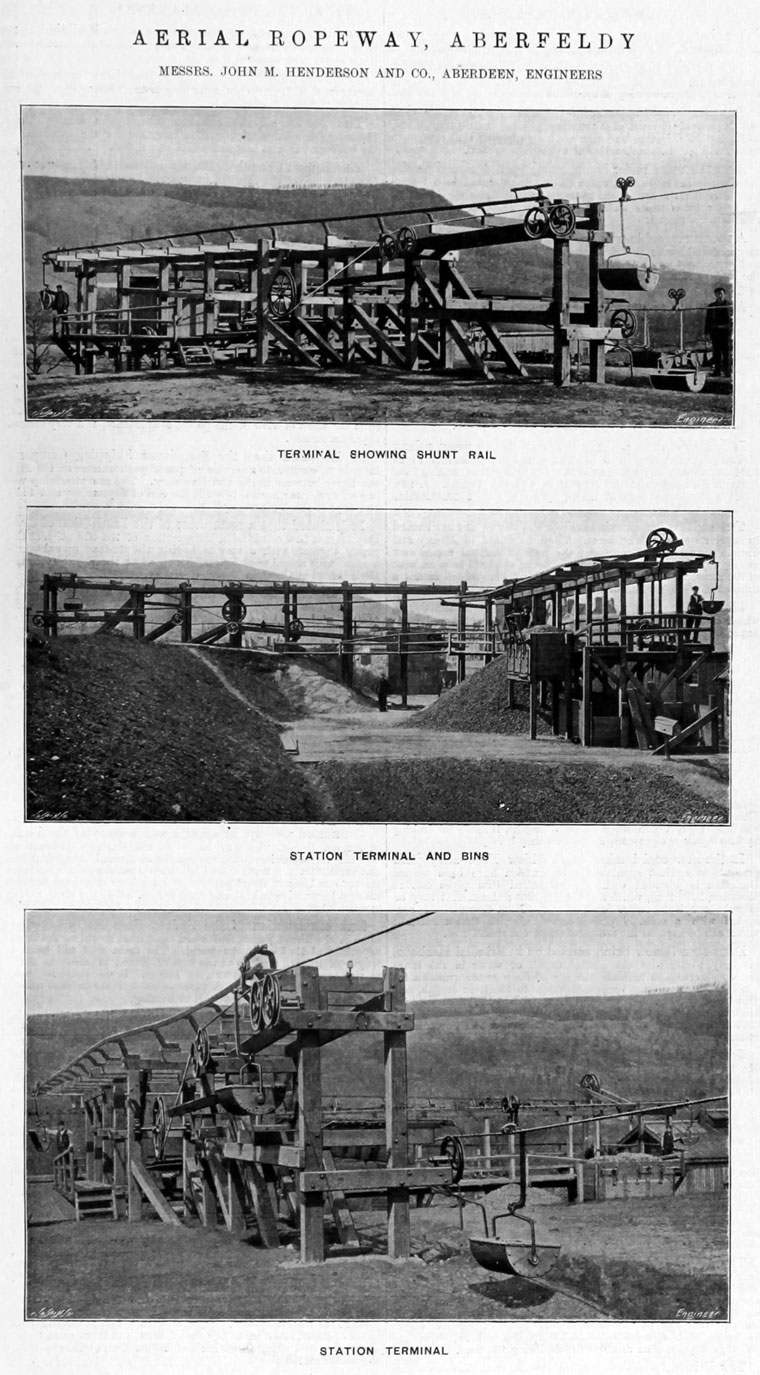 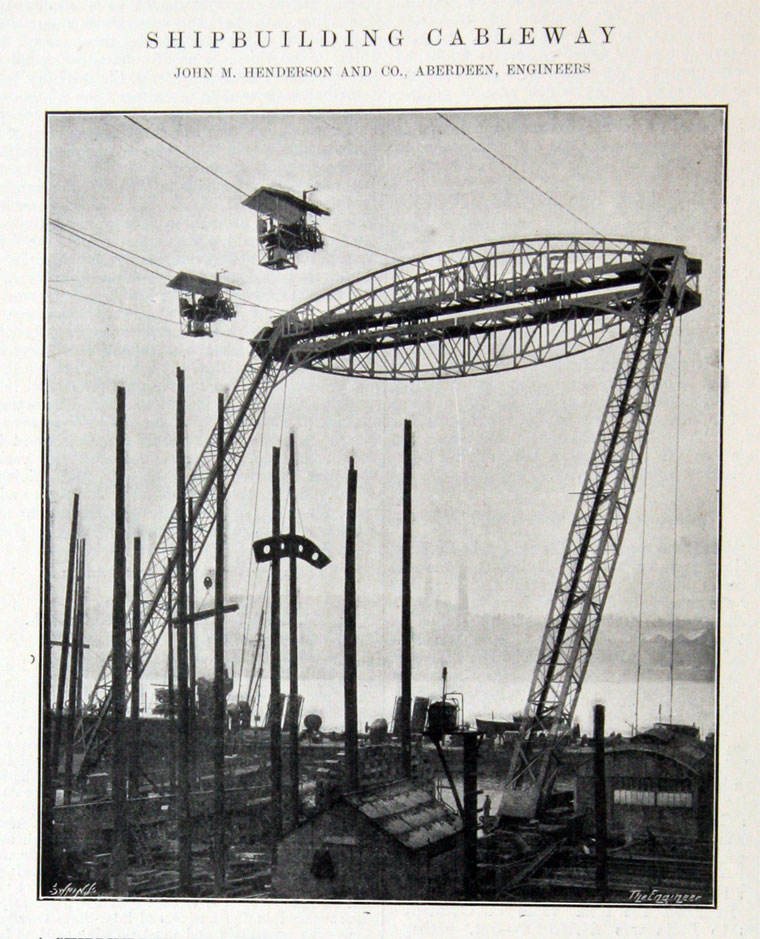 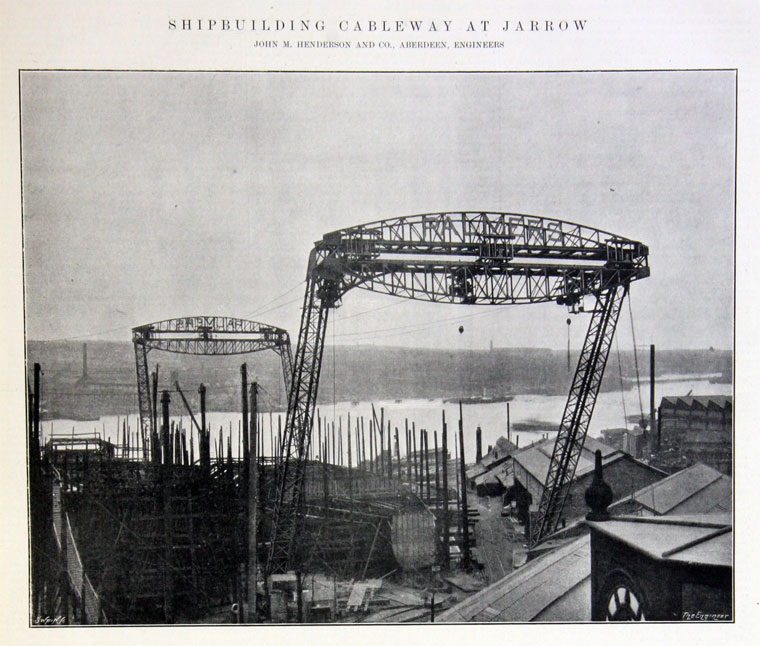 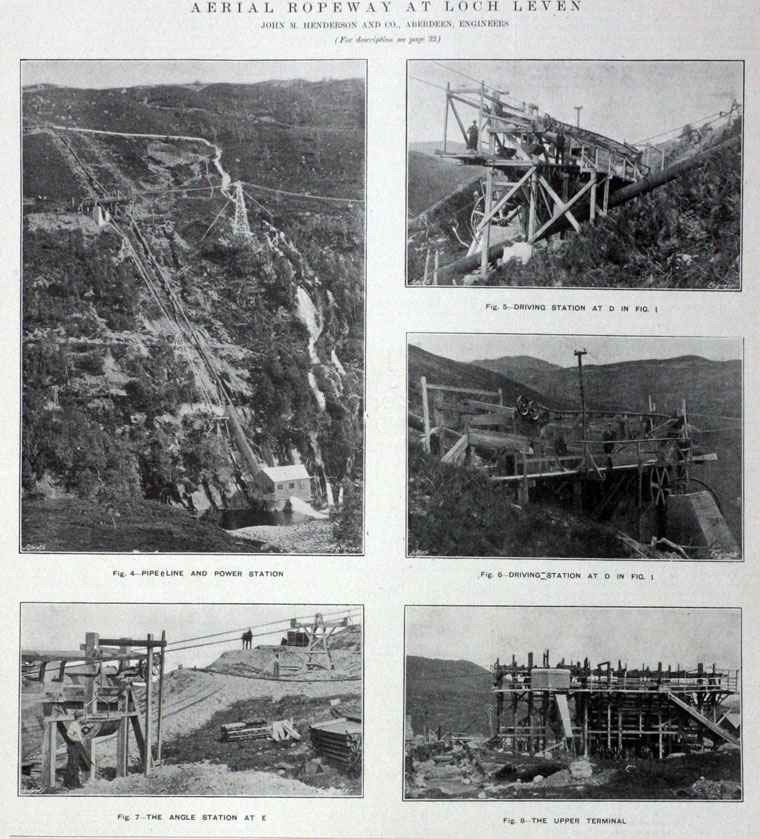 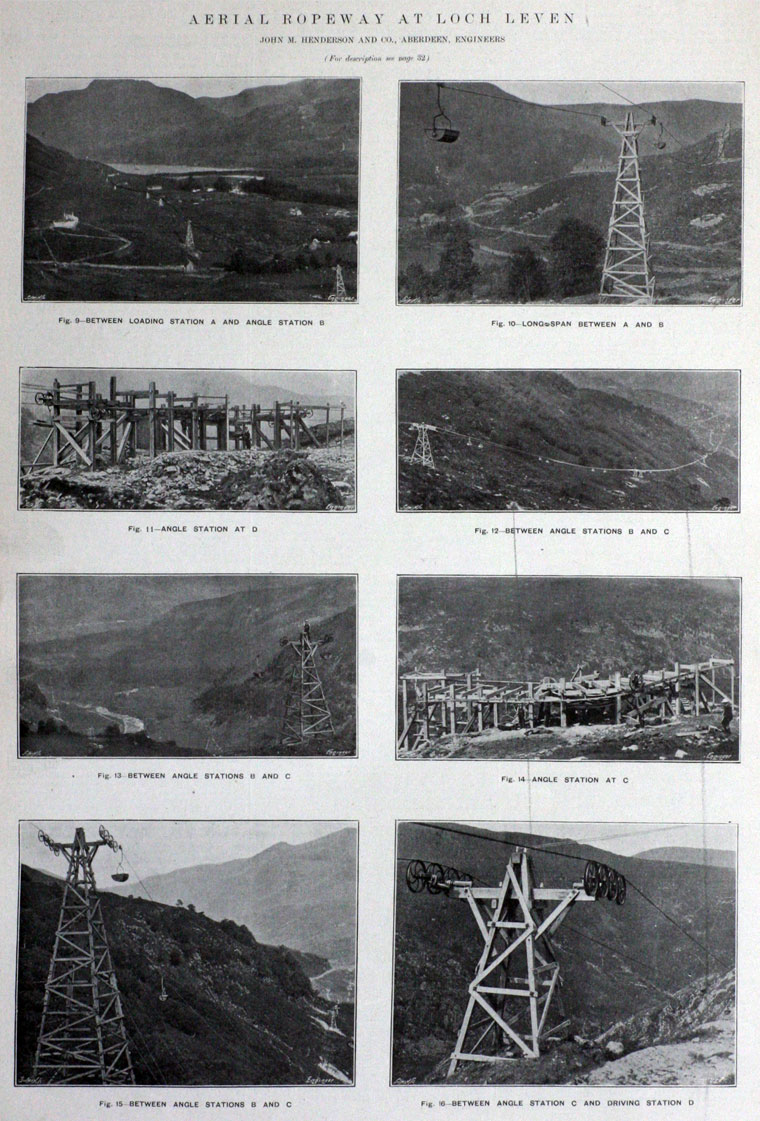 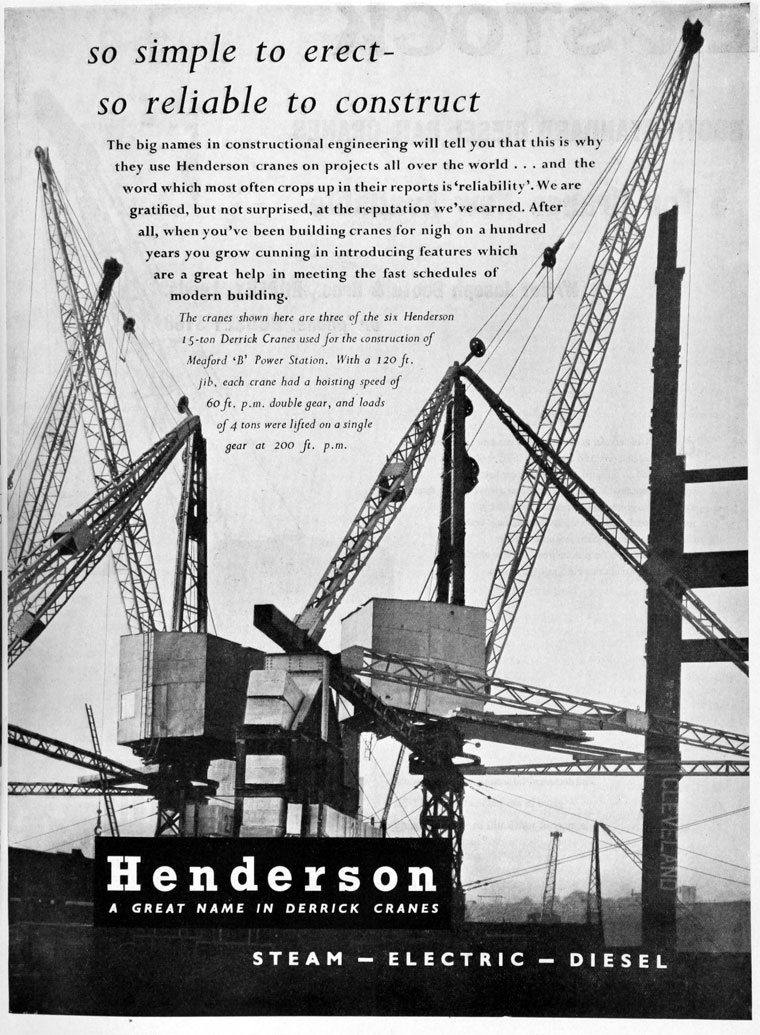 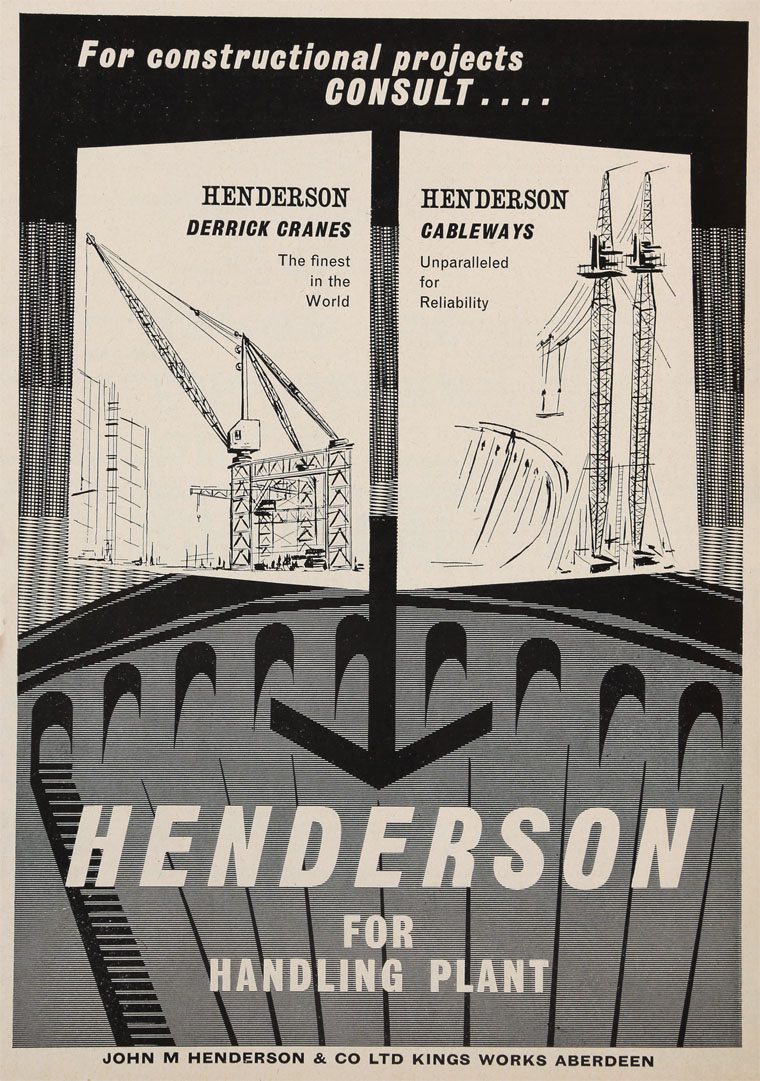 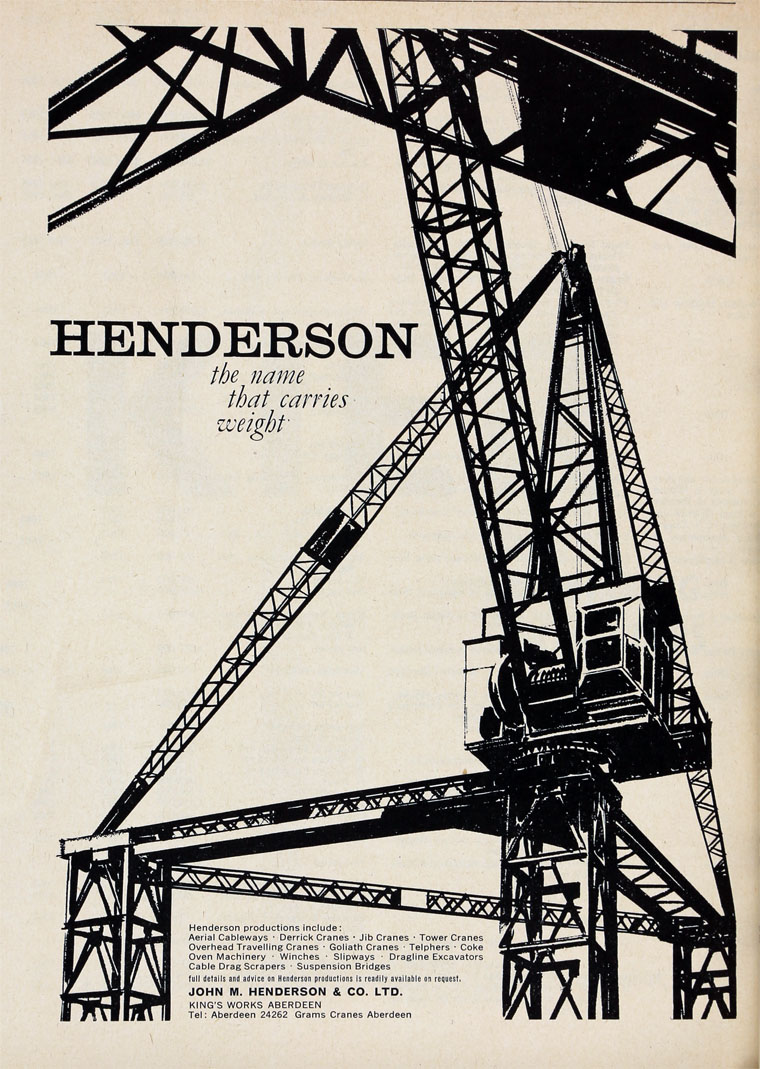 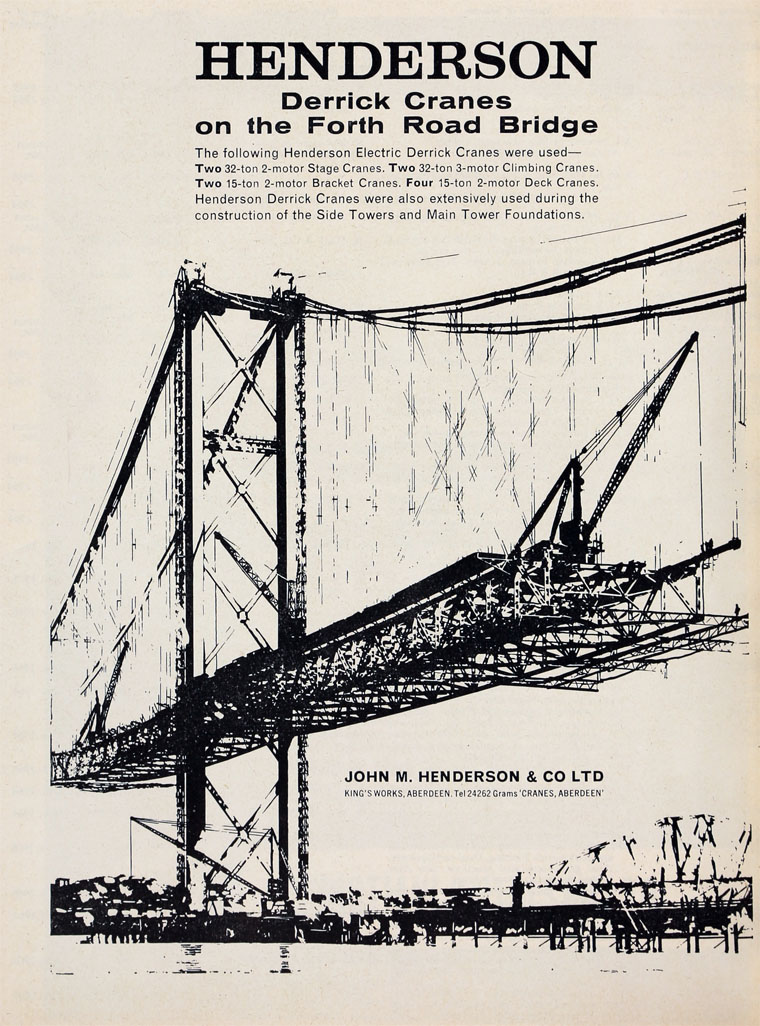 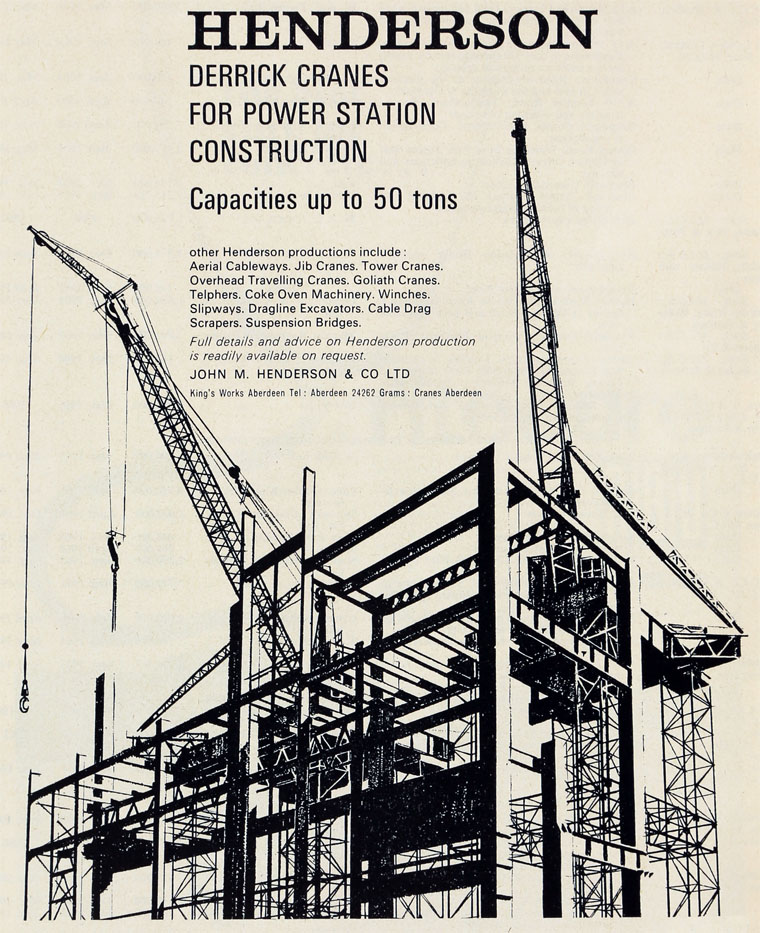 1866 Company founded by the father of John Macdonald Henderson - John MacDonald Henderson, Sr. Business was at Jopp's Lane, Aberdeen specialising in the manufacture of machinery and appliances.[1]

1903 Catalogue issued with illustrations of works carried out by the aid of the Henderson cableway.[4]

1922 The company made arrangements with F. G. Mitchell of the Mitchell Conveyor and Transporter Co, 45-50, Holborn-viaduct, London EC1 to undertake the manufacture of "Krom" crushers, "Maxecon" mills, and new type "Kent" mills for that company. Messrs. Henderson also acquired the joint selling rights of these machines.[6]

Made mechanical handling equipment for Mitchells and coke oven machinery for a German group,

c.1971 receiver appointed to Mitchell Engineering. John M. Henderson and Co was acquired by Hambros which brought the company to market[10]

There is a hand crane at Gloucester Waterways Museum. It was rescued from the lock-gate making department of the Clacknaharry Maintenance Yard at the Inverness end of the Caledonian Canal. [13]