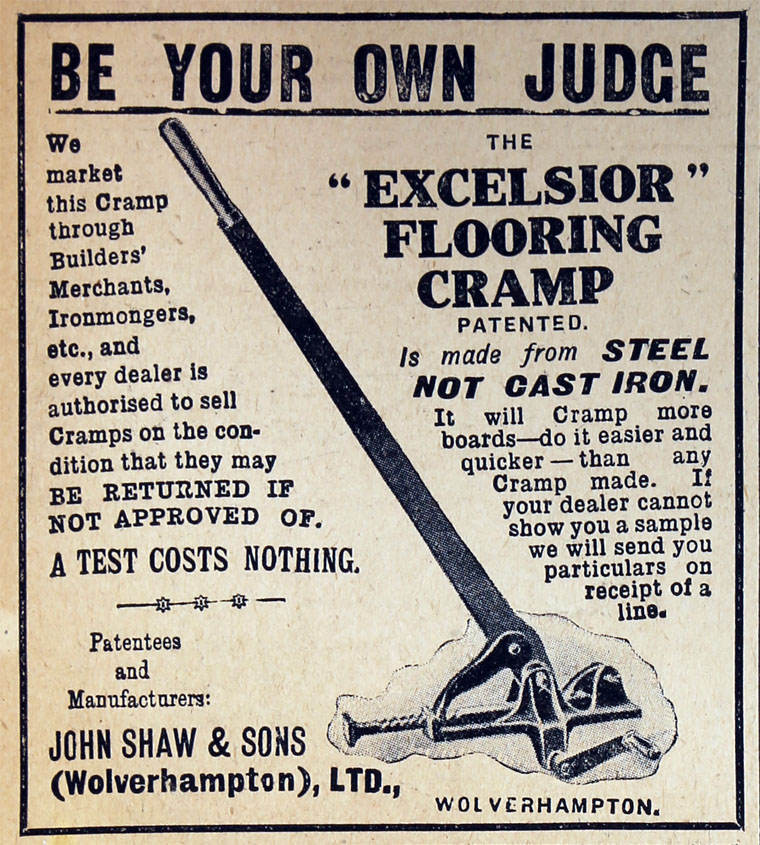 1815 Shaw went into partnership with Henry Crane, as Shaw and Crane.

1848 The partnership split up, Shaw continuing in George Street and Crane setting up on his own account in Darlington Street. The firm was now called John Shaw and Sons.

c.1852 Shaw acquired premises at 64 Church Lane, manufacturing pots, pans and coffin plates, and probably other things, as well as continuing to act as a factor.

When Edward and Thomas Shaw died the firm was converted into two limited liability companies:

The business expanded, selling other firm's products and increasing their own range through acquisition.

1899 Acquired Owen and Fendelow, of Wolverhampton, (established 1770) which incorporated, Windle and Blyth of Walsall, Henry Stuart and Co, Plimley and Co

1919 Incorporated as a public limited company

1939 Acquired the factory at Bushbury which had been built for Clyno Engineering Co but had been empty since the company failed.