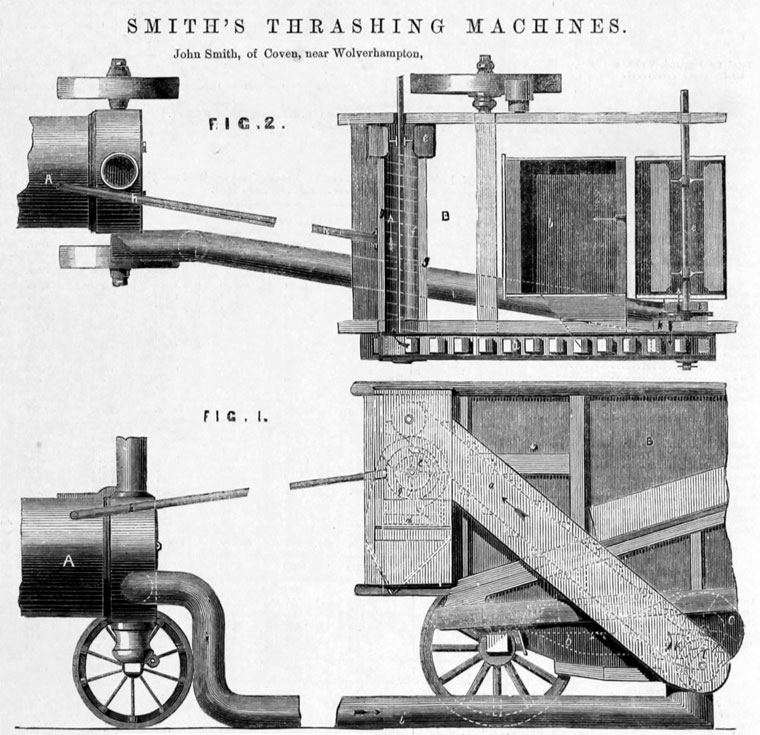 c.1855 John Fowler invented steam ploughing, which was developed by him in conjunction with John Smith, of Coven, in Staffordshire.[1]

1858 Smith built for Fowler an under-drum ploughing engine which type continued in use for 40 years or more.

Later Smith was joined by J. B. Higgs and known as Smith and Higgs

1864 Smith and Higgs was dissolved; John Smith, the younger continued the business.

1874 The firm closed and the contents were auctioned off