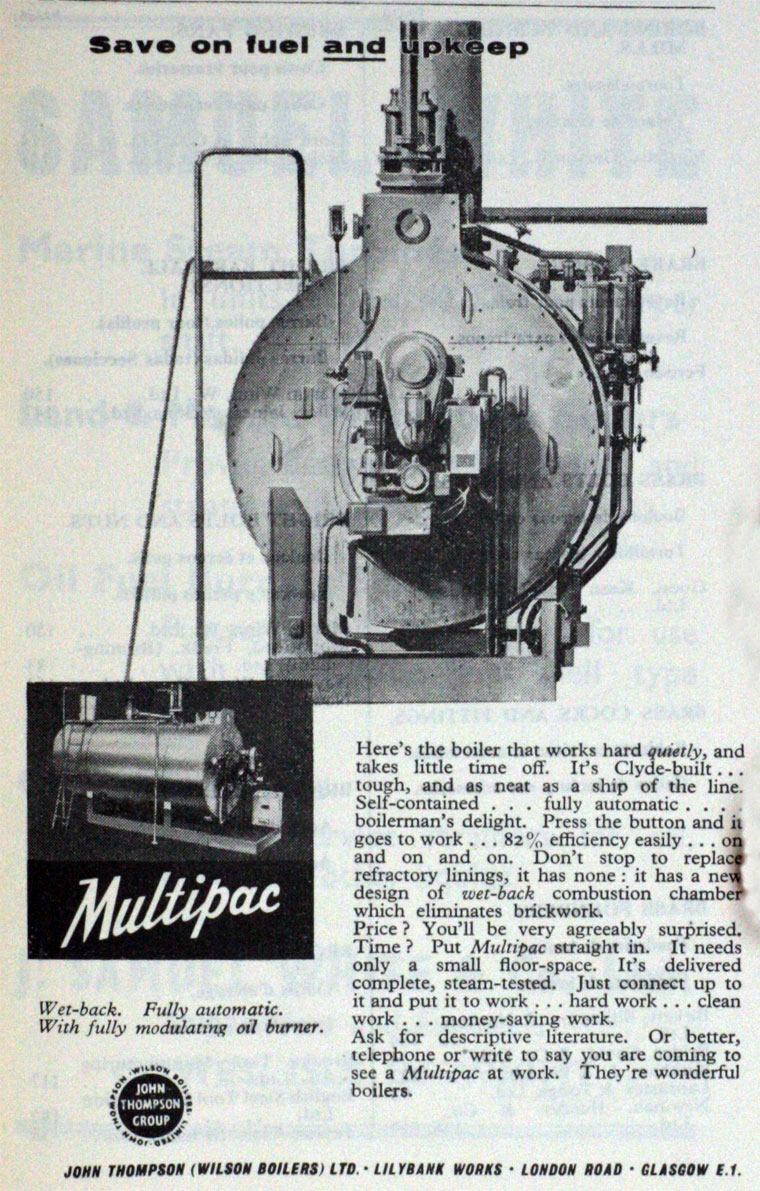 1933 John Thompson acquired 80% of the shares in Wilson Boilermakers of Glasgow.

1937 Thompson's reorganization had improved the business. Competed successfully in the Scottish trade for "Lancashire" and "Economic" type boilers[1]. Also in the past year had bought the works of J. Neilsen and Co of Glasgow which made "Marine" type shell boilers.

1950 The small marine boiler factory in Glasgow was closed and the work transferred to the nearby Wilson Boilers plant[2].