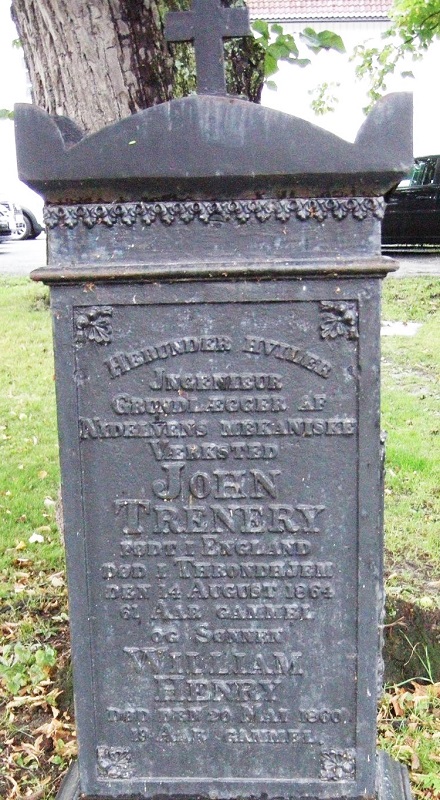 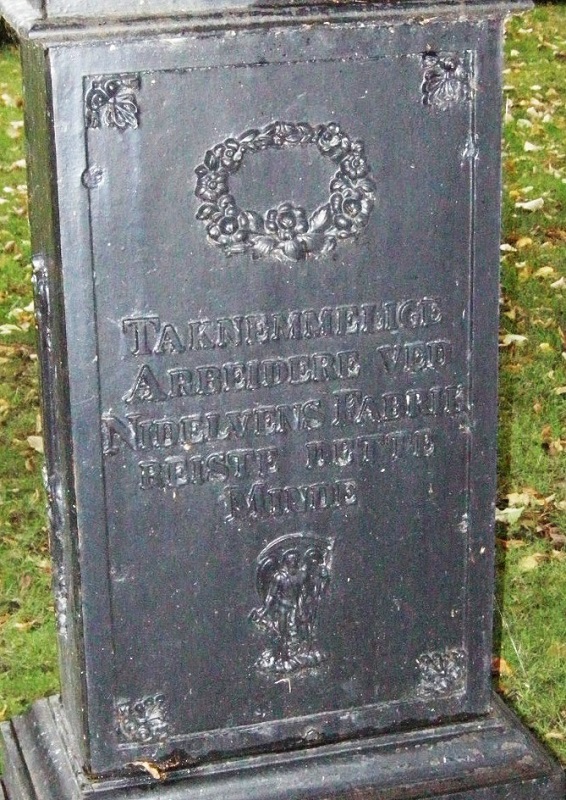 John Trenery was a British-born engineer who established himself in Norway. He was born in Cornwall in 1803. He married Elizabeth Luckes, and they had two sons.

In the 1830s, John Trenery was in Alta as the master mechanic at the British-owned Kåfjord Copper Works.

In 1843 he moved to Trondheim as co-owner and chief engineer of an engineering works established in Øvre Bakklandet (Nidelven) by three merchants (Christian Ludvig Schreiner, Herman Christian Garmann and Arild Huitfeldt). Trenery was a key figure in transferring technology from the UK to Norway in the period 1840-60. He designed and managed one of the most significant mechanical workshops of his time, the Nidelven factory, imported machinery and recruited additional British expertise

However, the local demand for workshop services was not large enough to make operations very profitable.

For two decades Trenery was a vital contributor to the development of a high standard of mechanical expertise in Trondheim.

From 1851 he was the director of Trondhjems Tegneskole [Trondheim school of technical drawing], which taught draughting to workers.

In 1863 John Trenery fell seriously ill and died in August 1864. His cast iron grave monument is one of a handful standing today in the old Bakke churchyard in central Trondheim. The inscription on the back translates as 'Grateful workers at Nidelvens Fabrik raised this memorial'. Workers, note, not shareholders. His son William Henry Trenery is also commemorated. He died on 20 May 1860, aged 20.

Outside the workshop, Trenery was a passionate flower lover. He also collected money for the restoration of the Nidaros Cathedral around 1850. The family maintained contact with Trondheim even after his death. In 1875, son Thomas Trenery lived in the city as a consulting engineer, and the family provided apprenticeships to young mechanics and workmen who wanted to go to the UK to gain industrial experience. Among them was the blacksmith Edvard Olsen, who later founded the Ørens mek. verksted.

The above information is mostly condensed from information produced by Einar Rædergård[1] and from the WikiStrinda entry[2].