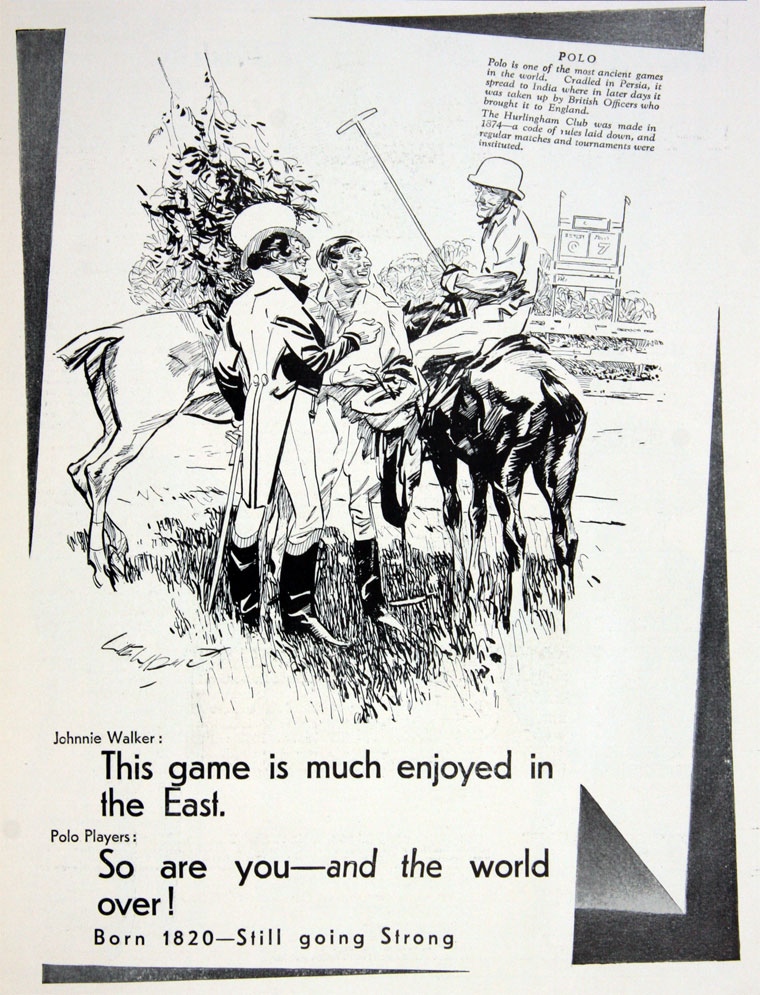 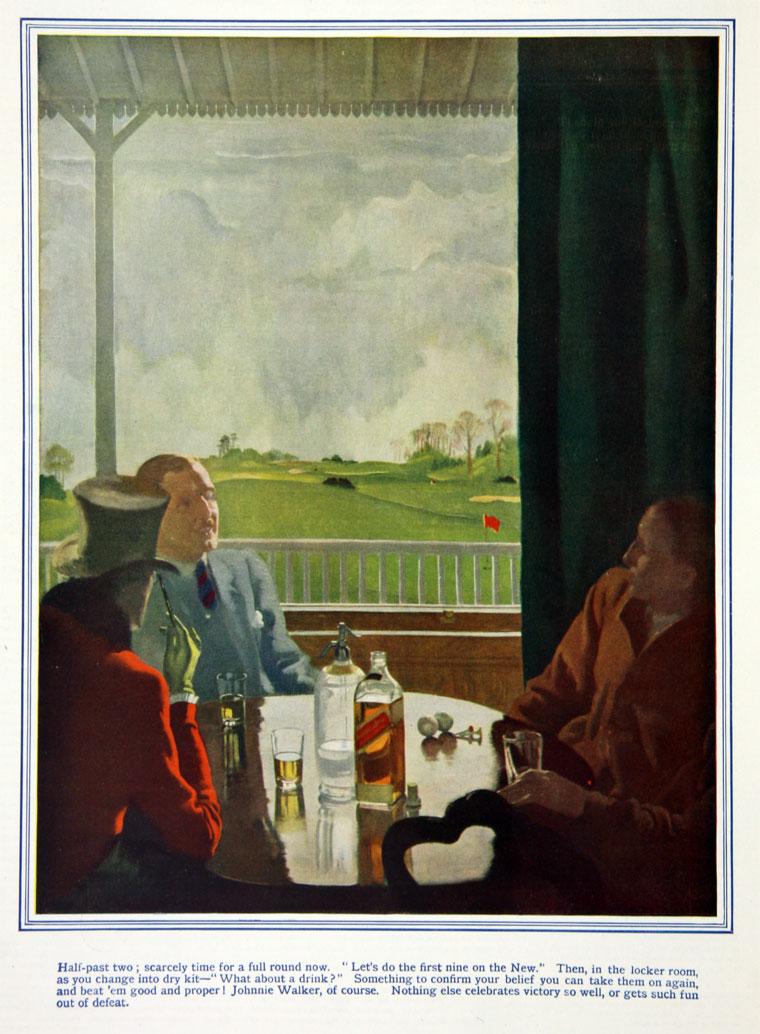 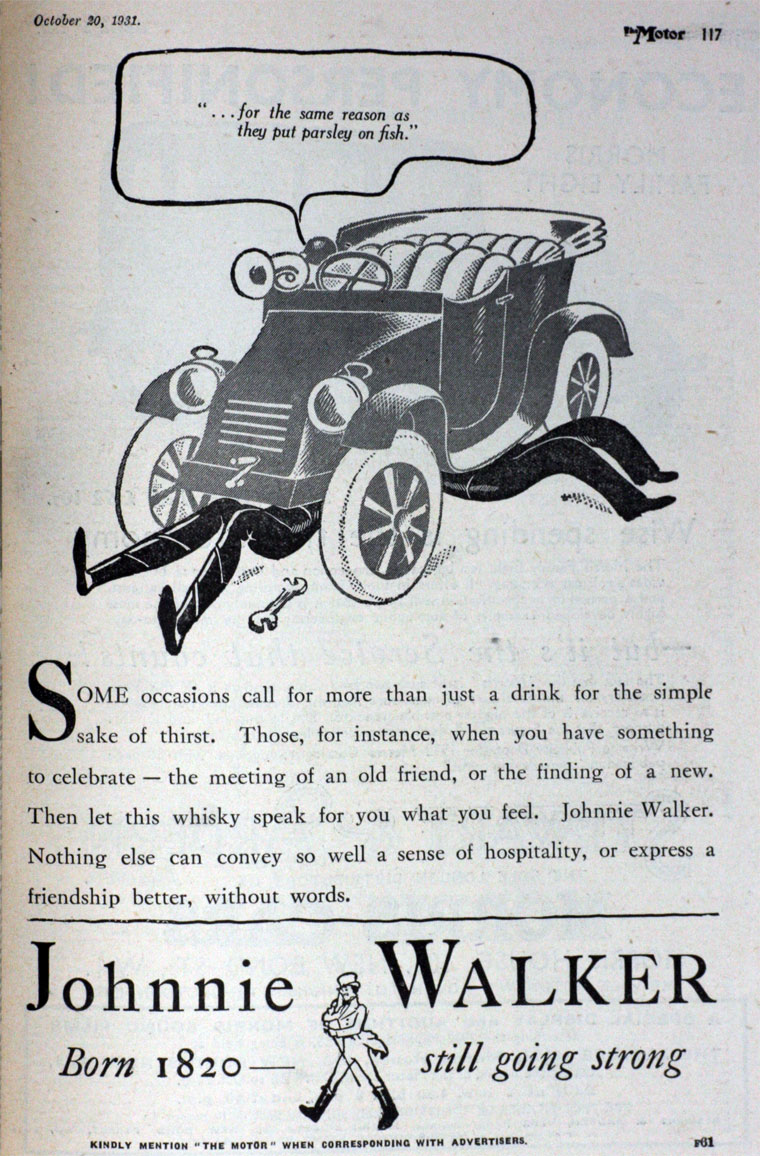 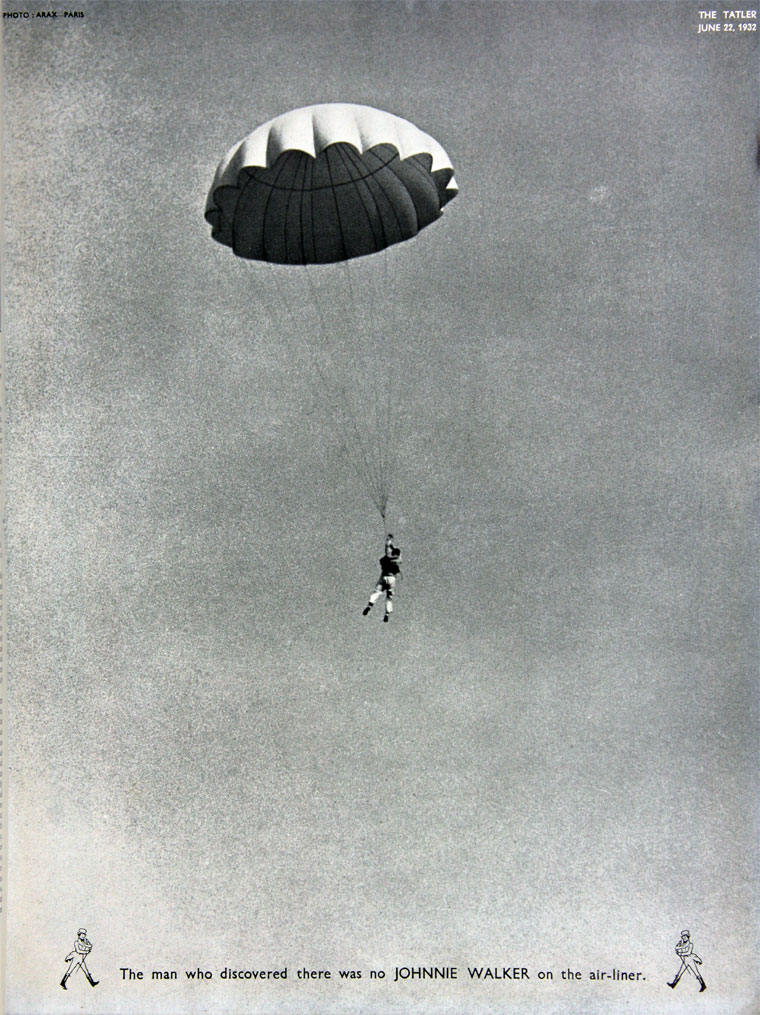 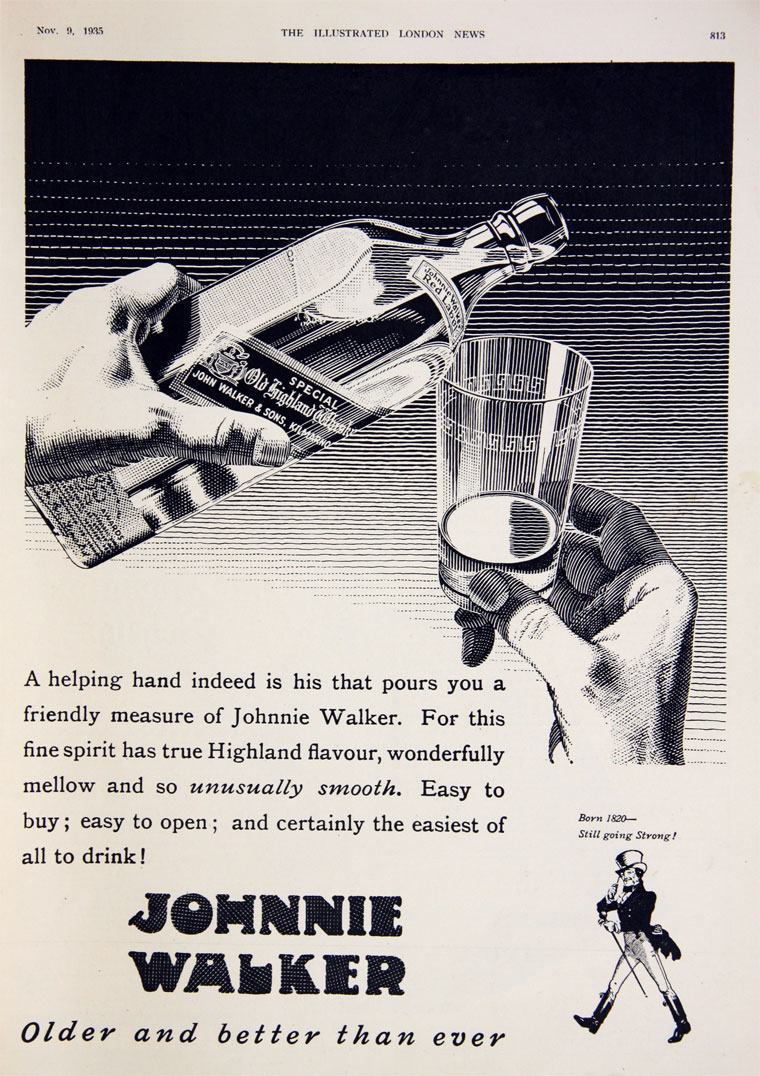 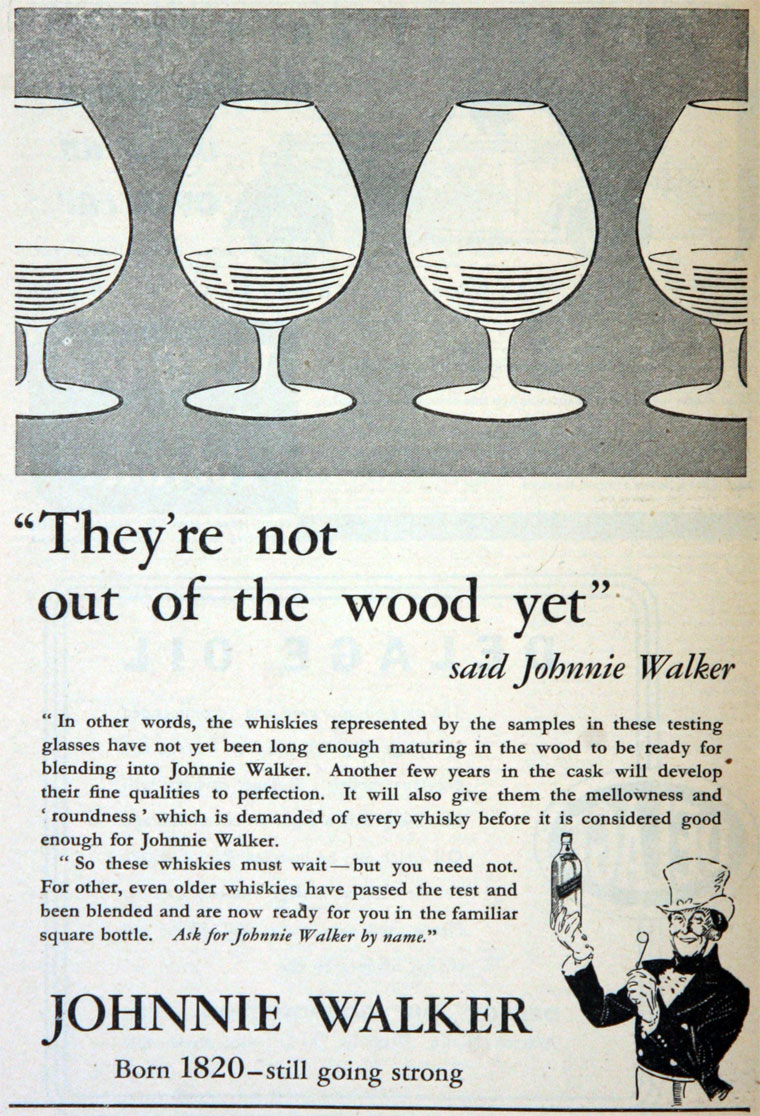 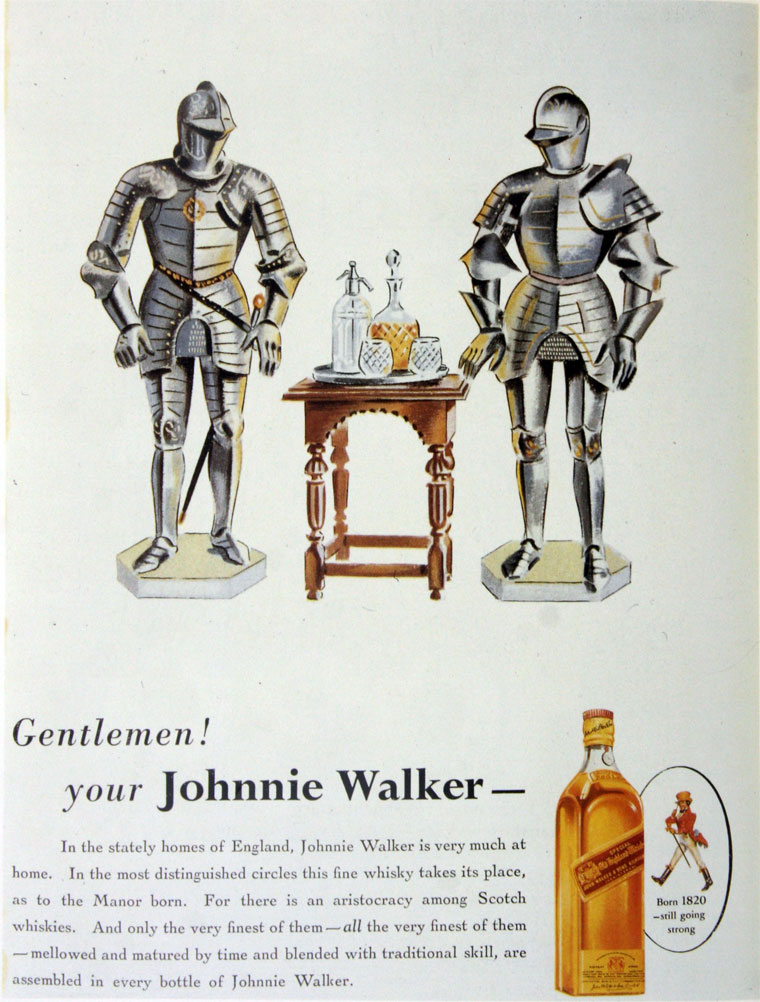 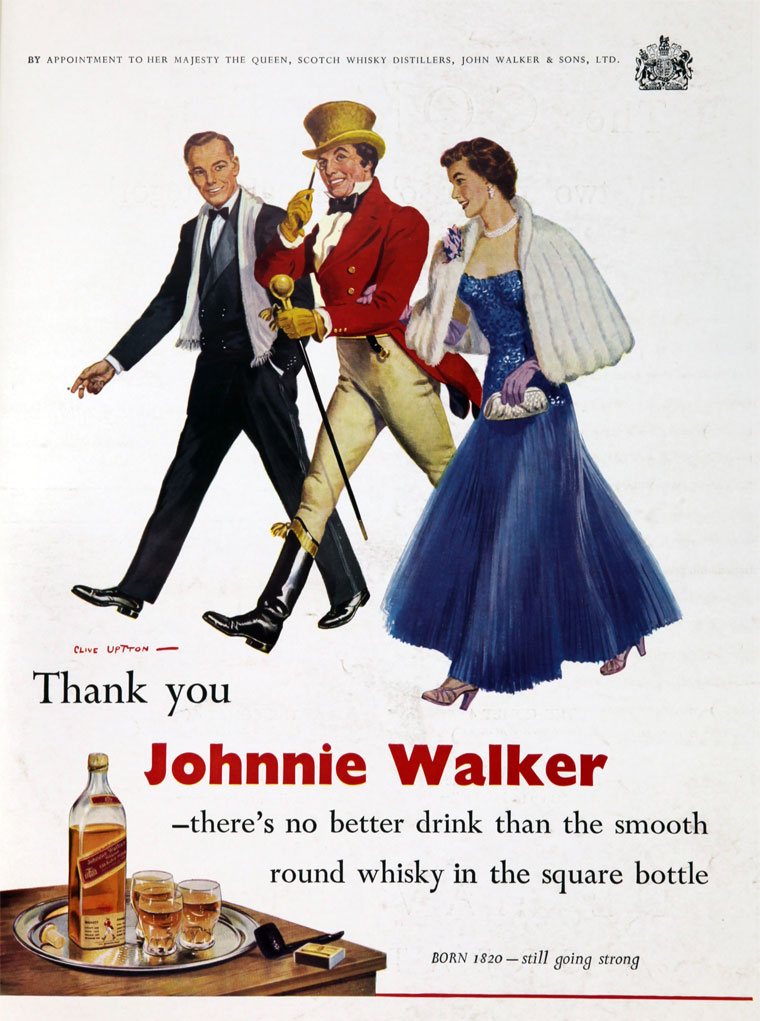 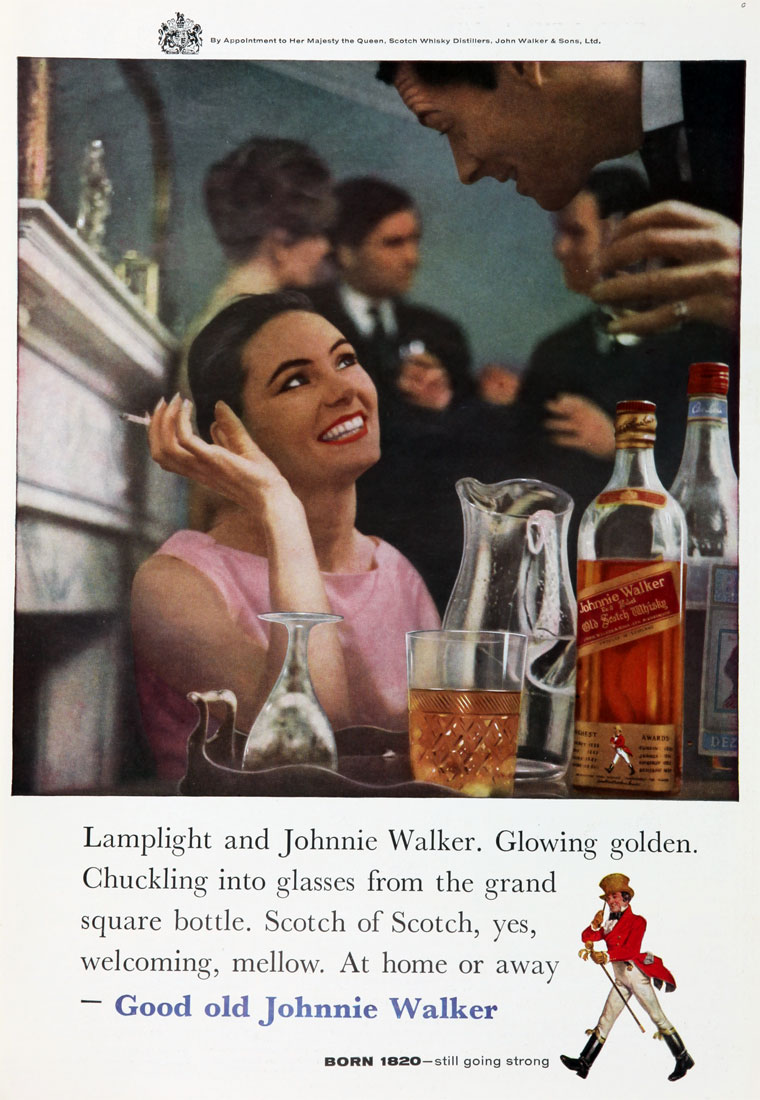 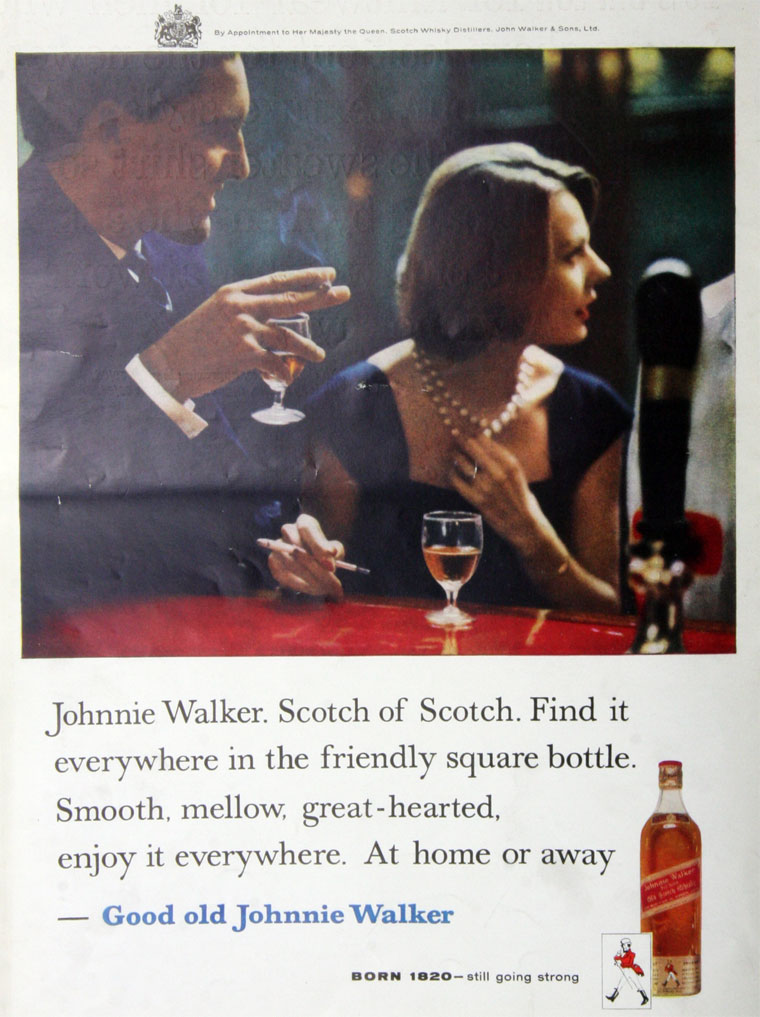 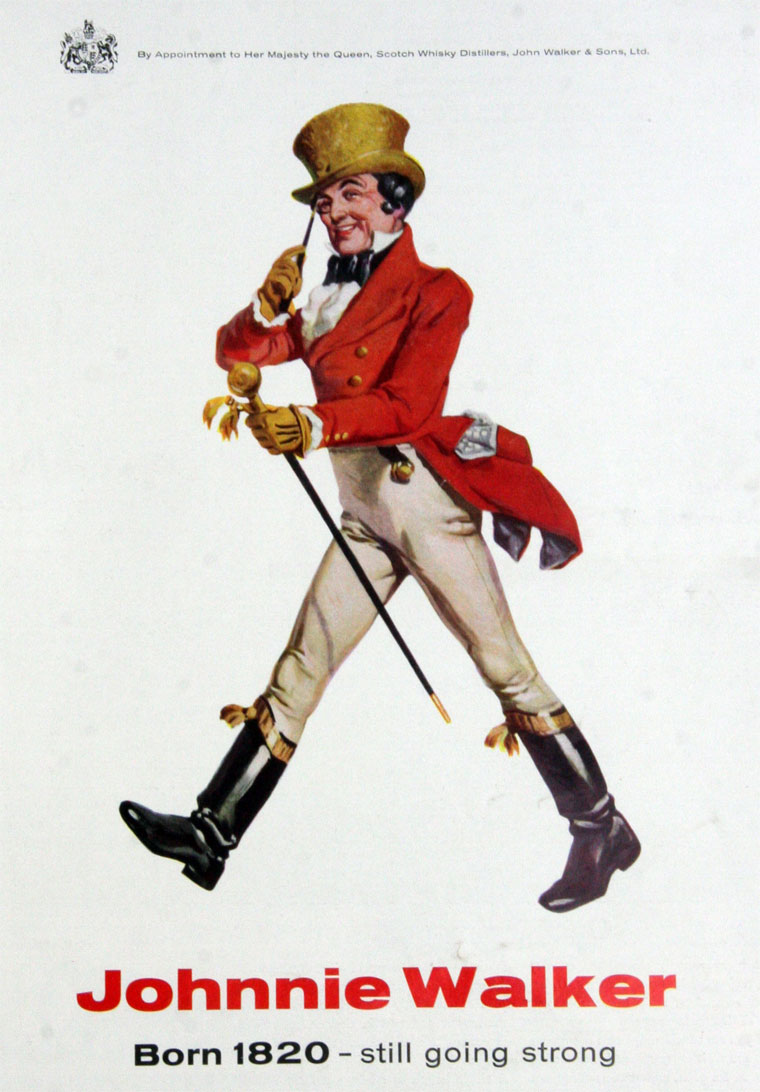 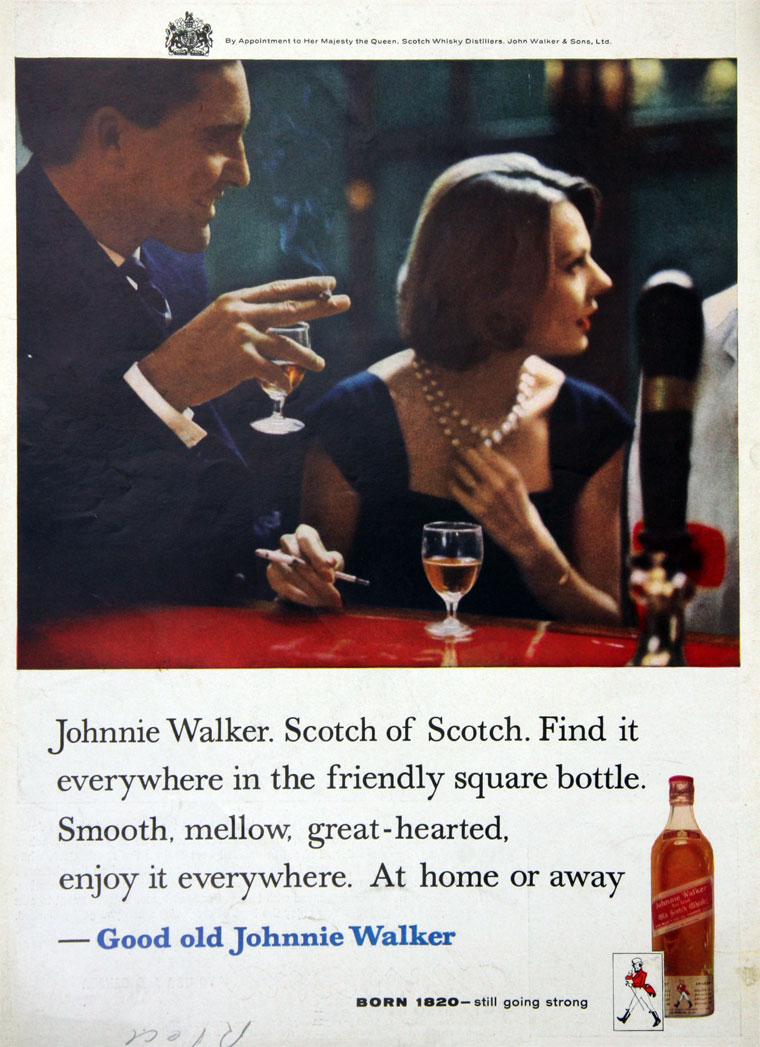 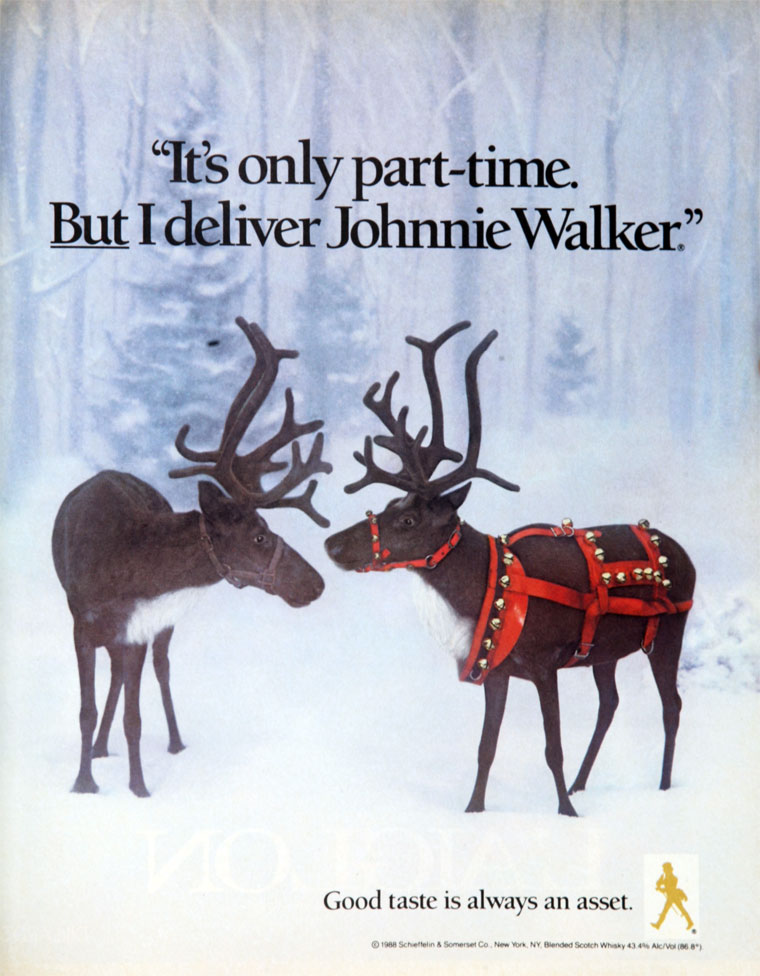 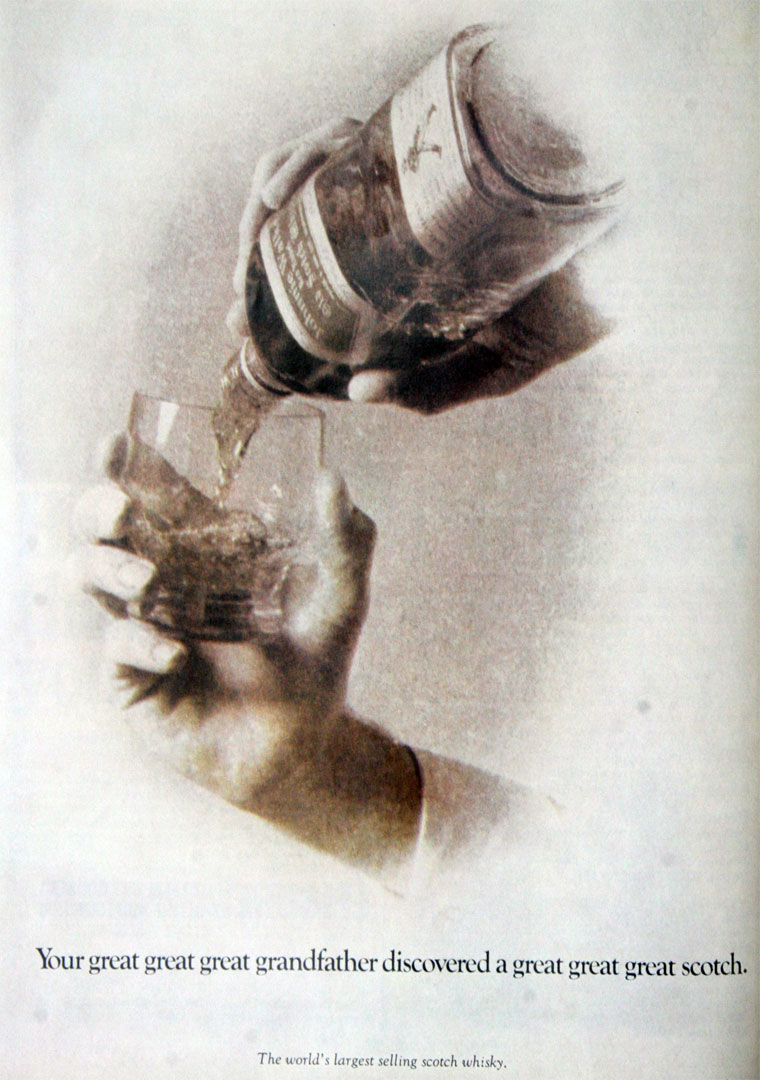 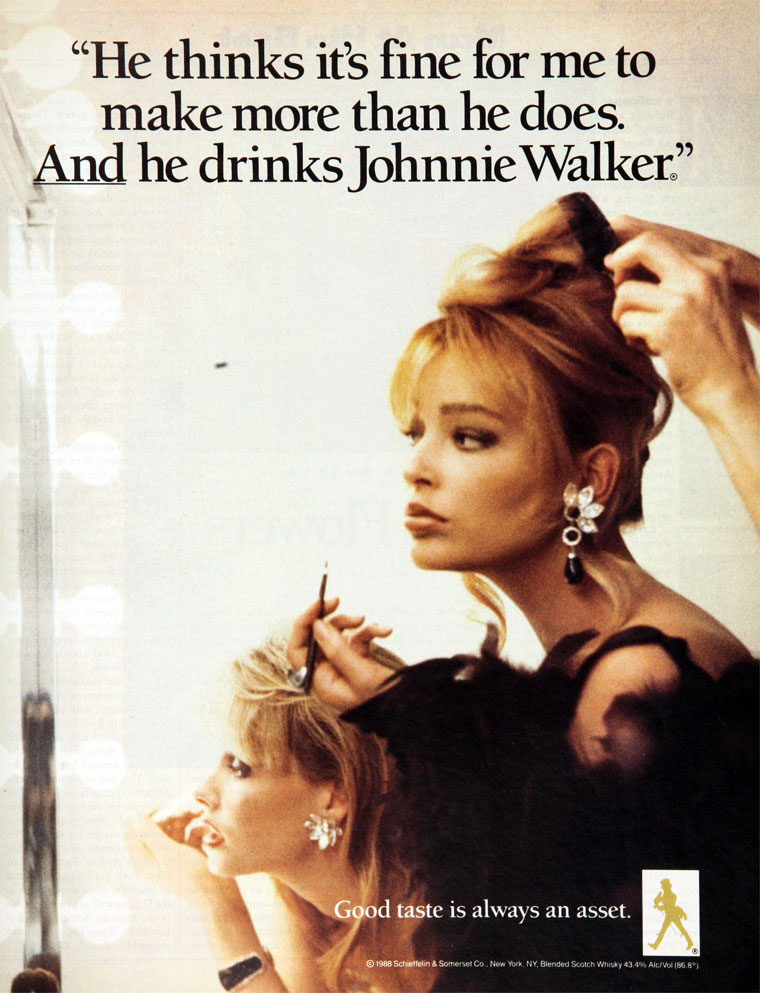 Originally known as Walker's Kilmarnock Whisky, the Johnnie Walker brand is a legacy left by John "Johnnie" Walker after he started to sell whisky in his grocer's shop in Ayrshire, Scotland. The brand became popular, but after Walker's death in 1857 it was his son Alexander Walker and grandson Alexander Walker II who were largely responsible for establishing the scotch as a popular brand. Under John Walker, whisky sales represented eight percent of the firm's income; by the time Alexander was ready to pass on the company to his own sons, that figure had increased to between 90 and 95 percent.

Prior to 1860 it was illegal to sell blended whisky. During that time John Walker sold a number of whiskies — notably his own Walker's Kilmarnock. In 1865 John's son Alexander produced their first blend, Walker's Old Highland.

Alexander Walker introduced the iconic square bottle in 1870. This meant fewer broken bottles and more bottles fitting the same space. The other identifying characteristic of the bottle is the label, which is applied at an angle of 24 degrees. The angled label means the text on the label could be made larger and more visible.

From 1906 to 1909 John's grandsons George and Alexander II expanded the line and introduced the colour names.

In 1908, when James Stevenson was the Managing Director, there was a re-branding of sorts. The whisky was renamed from Walker's Kilmarnock Whiskies to Johnnie Walker Whisky. In addition, the slogan, "Born 1820—Still going Strong!" was created, along with the Striding Man logo, a figure used in their advertisements to this day,created by illustrator Tom Browne, in honour of the founder, and given the same name.

Johnnie Walker White was dropped during World War I. In 1932, Alexander II added Johnnie Walker Swing to the line, the name originating from the unusual shape of the bottle, which allowed it to rock back and forth.

The company joined Distillers Co in 1925. Distillers was acquired by Guinness in 1986, and Guinness merged with Grand Metropolitan to form Diageo in 1997.