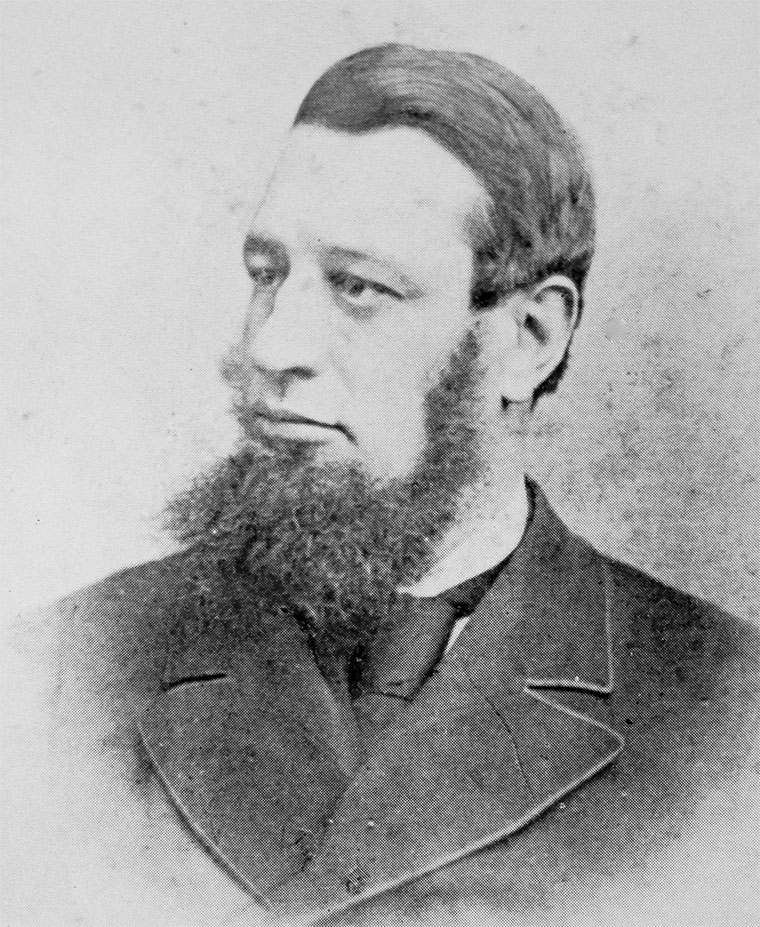 Joseph Henry Nettlefold (1827-1881) was a British industrialist, one of the family that established the business Nettlefolds, which later became part of Guest, Keen and Nettlefold (GKN).

1827 September 19th. Born in London the second son of John Sutton Nettlefold and his wife, Martha Chamberlain, both Unitarians.

1851 Occupation: Ironmonger [1] presumably working in his father's iron and screw business in London.

In 1854 he went to manage the business of Nettlefold and Chamberlain in Birmingham with his brother Edward and cousin Joseph Chamberlain.

In 1867, though both his parents were Unitarian, Nettlefold married a Catholic, Mary Maria (b. 1835), daughter of John Seaborne of Birmingham. They had three daughters, none of whom was connected with the family business.

The Chamberlains left the firm in 1874 and Edward died in 1878, leaving effective control of Birmingham manufacturing and engineering to Joseph, and his younger brother Frederick Nettlefold in London. Joseph became chairman and initiated the establishment of the Limited company in 1880.

Nettlefold was a sober man whose principal interests were technical.

1860 He became a member of the Institution of Mechanical Engineers

1880 Managing director of Nettlefolds Ltd when it was incorporated

He bequeathed several paintings by David Cox to the Birmingham Museum & Art Gallery, on condition that it open on Sundays. He left a further £1,000 to the King's Heath and Moseley Institute.

JOSEPH HENRY NETTLEFOLD was born in London in 1827, and was educated at a private academy in the neighbourhood; he gave early proof of that mastery in mathematics which so distinguished him in after life.

After leaving school he joined the hardware business conducted in London by his father and brother; and at intervals went to Birmingham, to acquire a knowledge of the business establishe4 there many years before by his father for the manufacture of the celebrated gimlet-pointed wood-screw of his invention. These visit, became more and more frequent, until at length he took up his residence in Birmingham, and from that time assumed the management of the vast manufacturing enterprise with which his name is no intimately associated.

He greatly extended the business, in conjunction with Mr. Chamberlain, the present President of the Board of Trade; on whose retirement he again took the entire management.

In 1879 this business, to which had by that time been added collieries, ironworks, and the manufacture of wire, was combined with several smaller concerns of a kindred character, into a company under the name of Nettlefolds Limited. The organisation and consolidation of the various businesses into one concern was entirely his work; and perhaps in no other case was his great administrative ability so clearly shown.

Without having had any special mechanical training, his talents enabled him to acquire the engineering skill displayed in the laying out and direction of the different works which he started; while his practical experience and judgment enabled him to adopt any changes which constituted real improvements, and to discard what were so in appearance only.

On his invitation, the large works at Smethwick for the manufacture of wood screws were visited by the Members of the Institution at the Summer Meeting at Birmingham in 1876.

His death took place at his Highland residence, Allean House, near Pitlochry, on 22nd November 1881, after an apoplectic seizure, at the age of fifty-four.

He became a Member of the Institution in 1860.