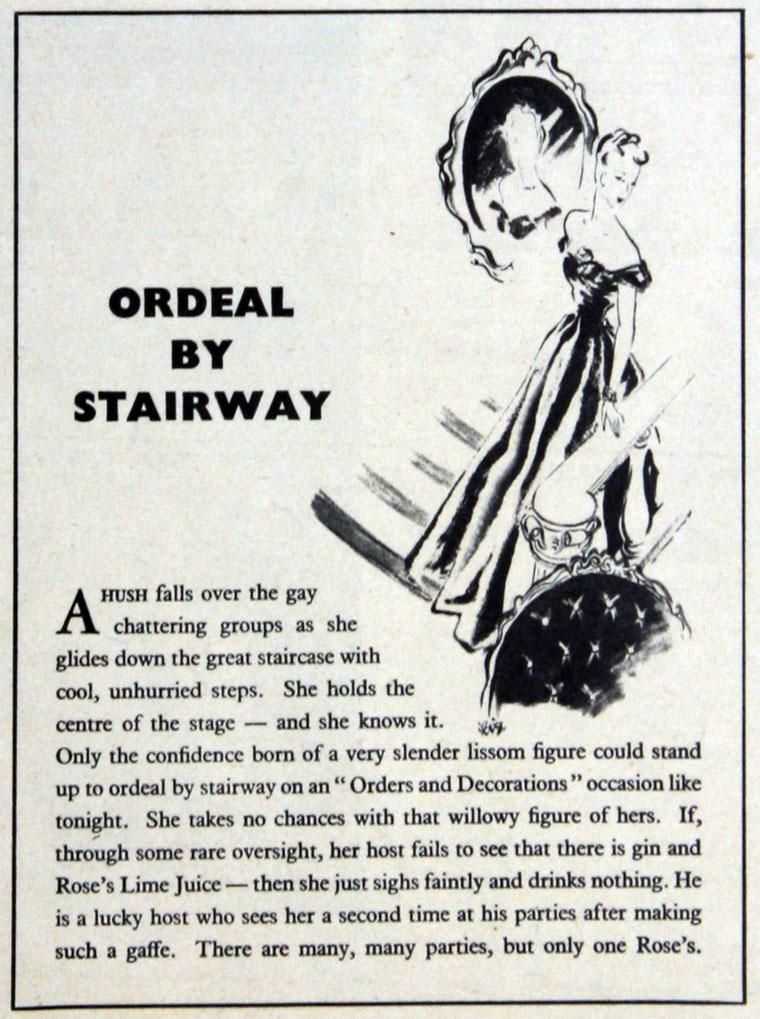 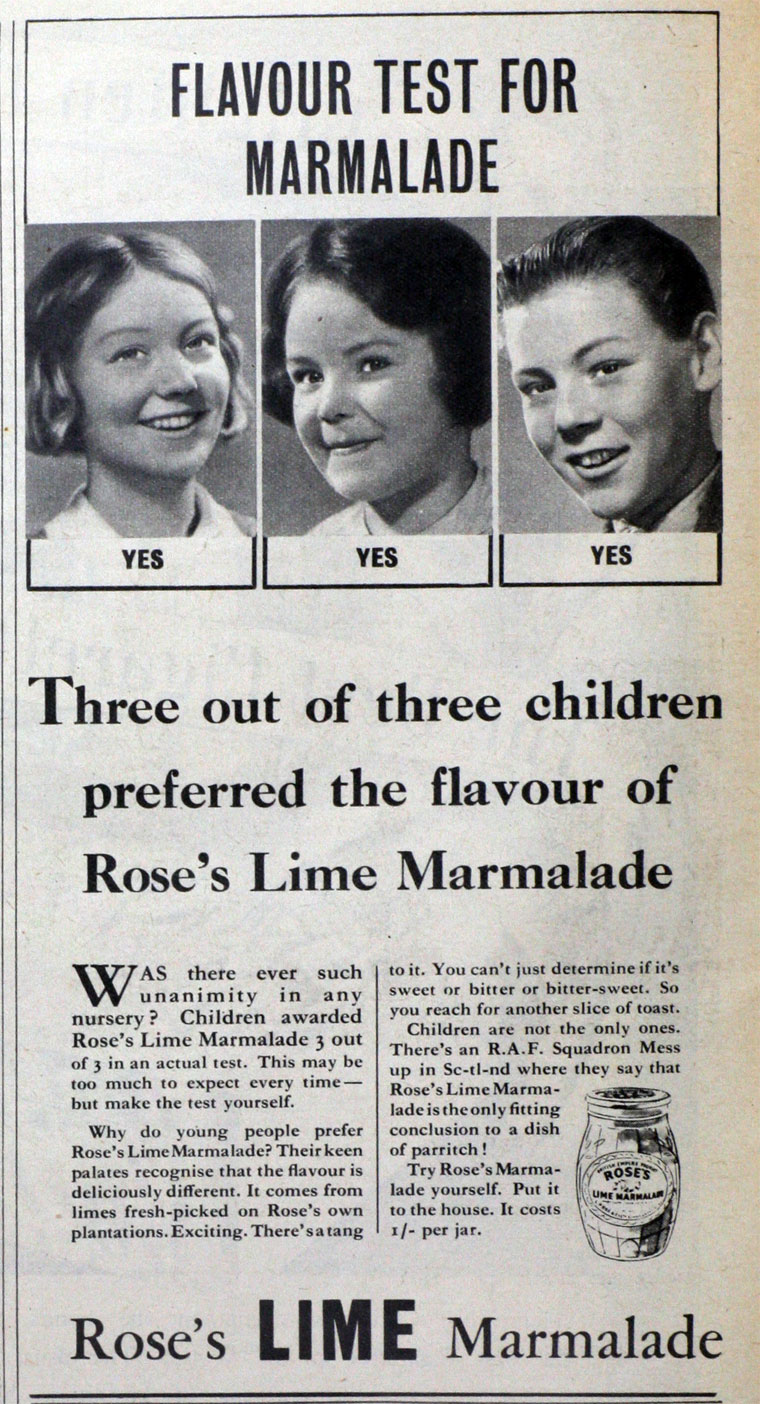 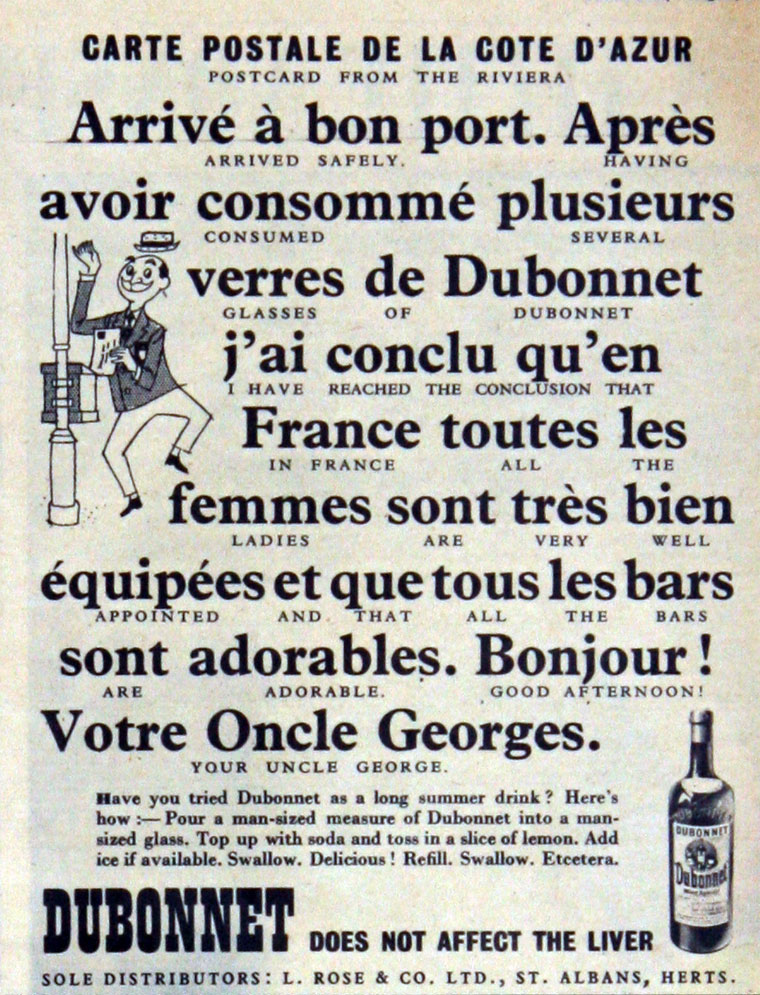 of Leith, Scotland, and St. Albans

1867 After the Merchant Shipping Act of 1867 was passed, making it compulsory for ships to carry lime juice, the company experienced increased demand for its products. He later began to sell sweetend lime-juice.

1891 L. Rose and Co bought Bath and Elshall estates in Dominica and adapted an old sugar factory to the processing of limes.

1906 The company started the manufacture of calcium citrate.

1921 A factory was erected at Bath Estate in Dominica for the production of citric acid crystals.

L. Rose and Co was the main buyer of limes and lime products from across the island.

1940s The company became well known for its lime marmalade.

1957 The company was bought by Schweppes, the largest single group of soft drink manufacturers in Britain, which in turn merged with Cadbury, the chocolate manufacturers.

2008 Rose's marmalade is now made by Premier Foods.