The Herbert Street works where the business operated from until 1902.

The Herbert Street works and staff before 1902. 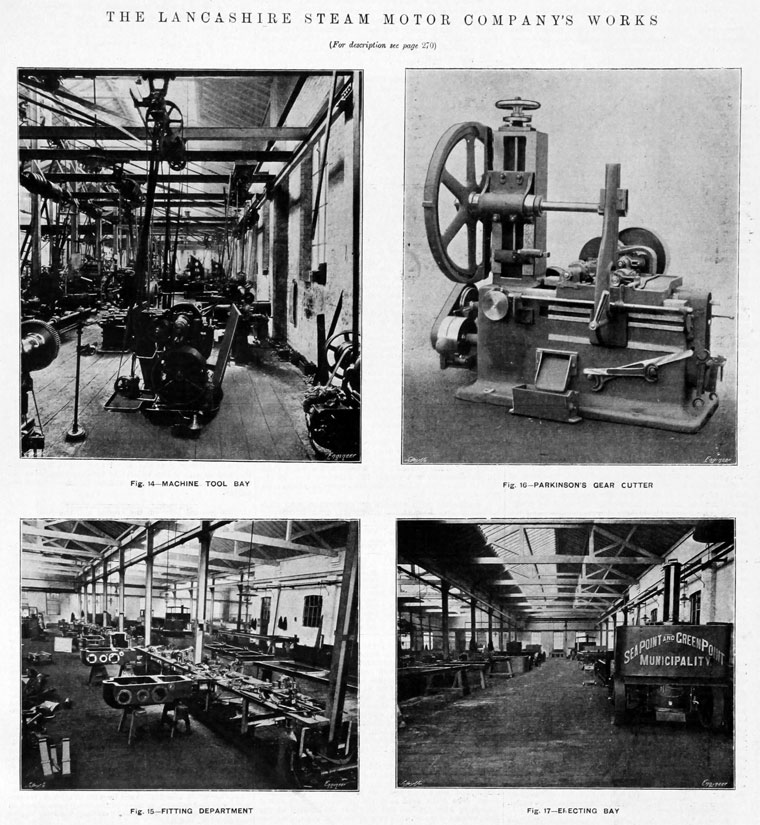 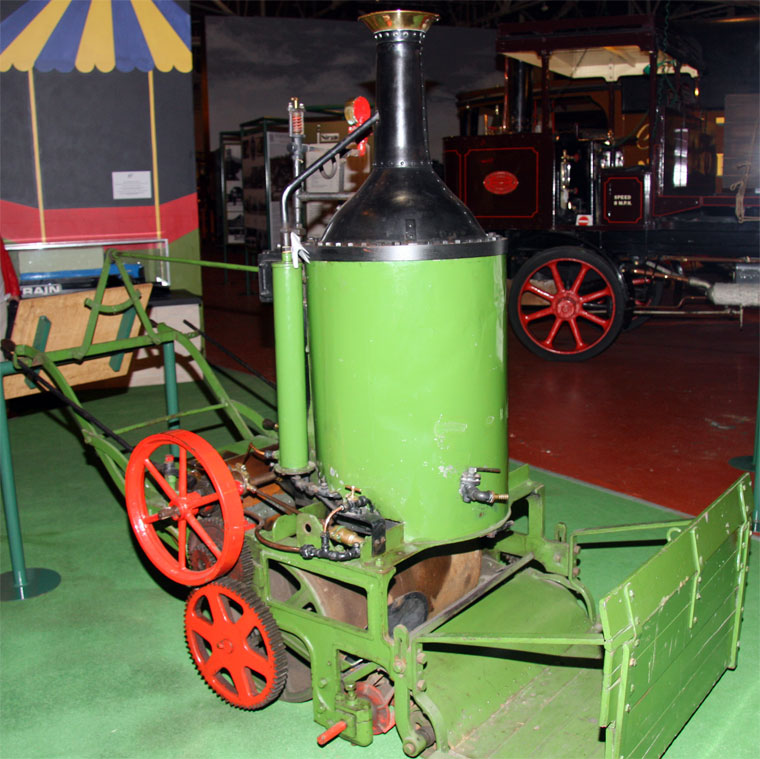 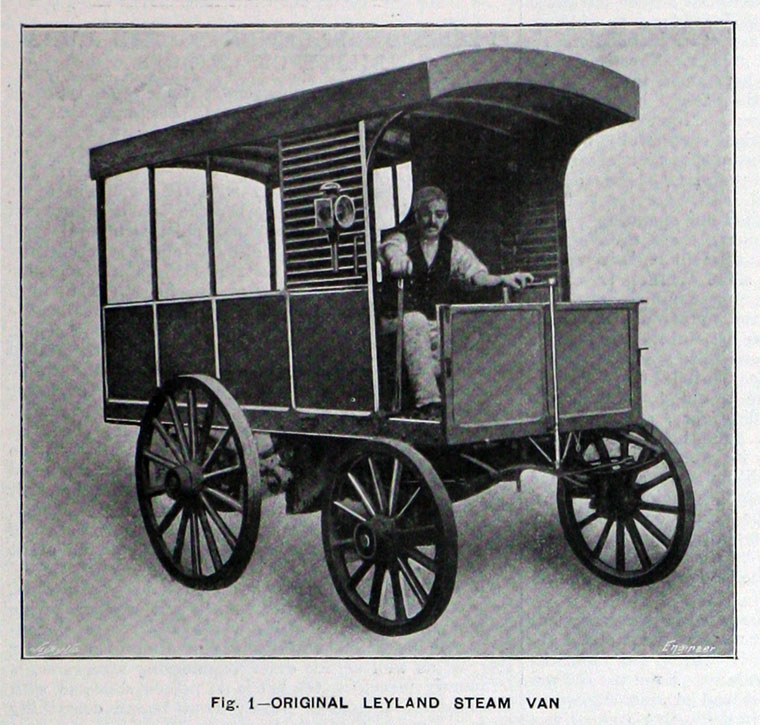 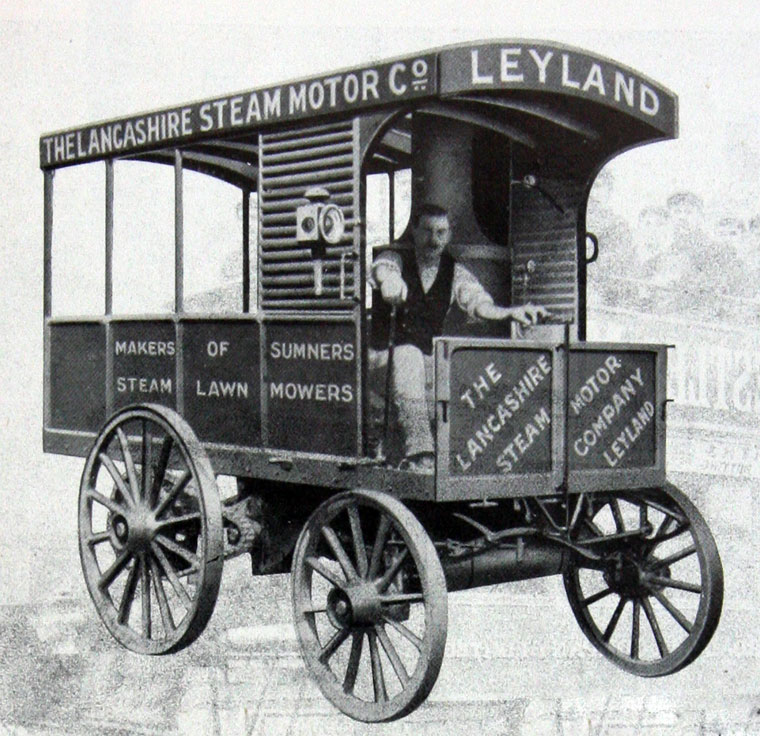 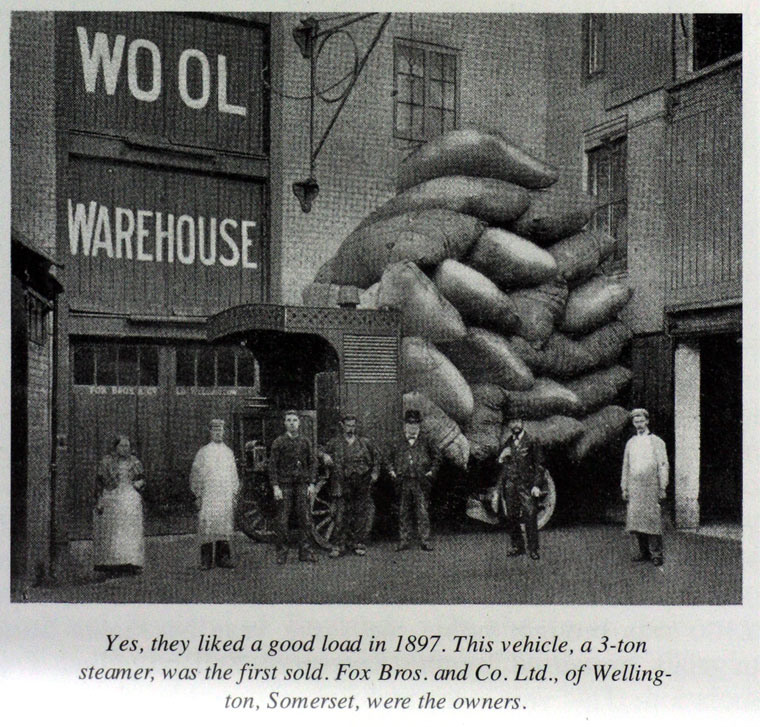 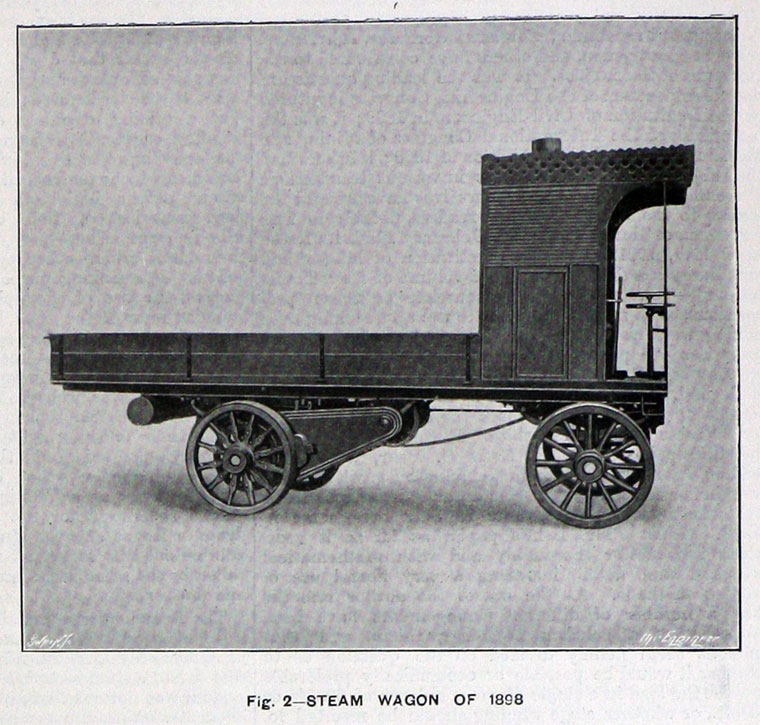 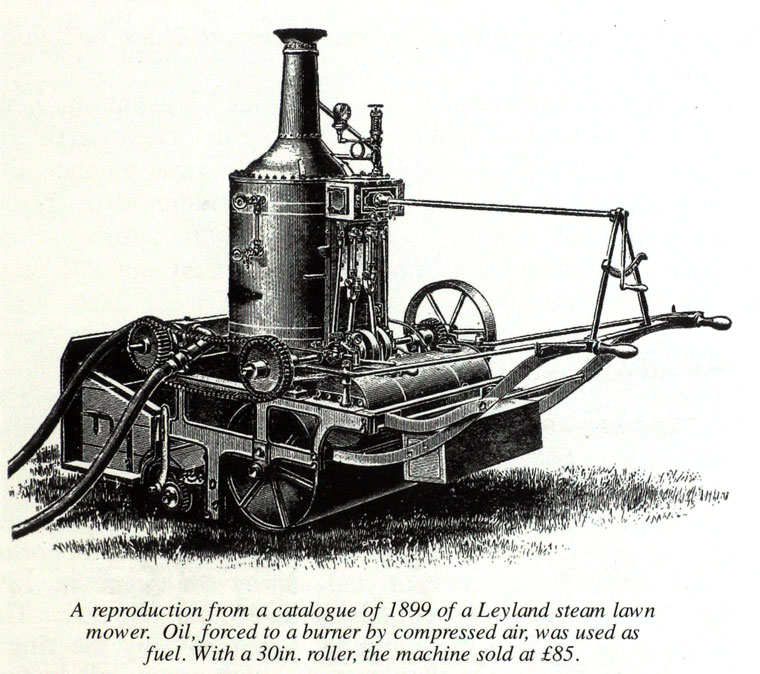 1899. Steam lawnmower with 30in roller from their catalogue. 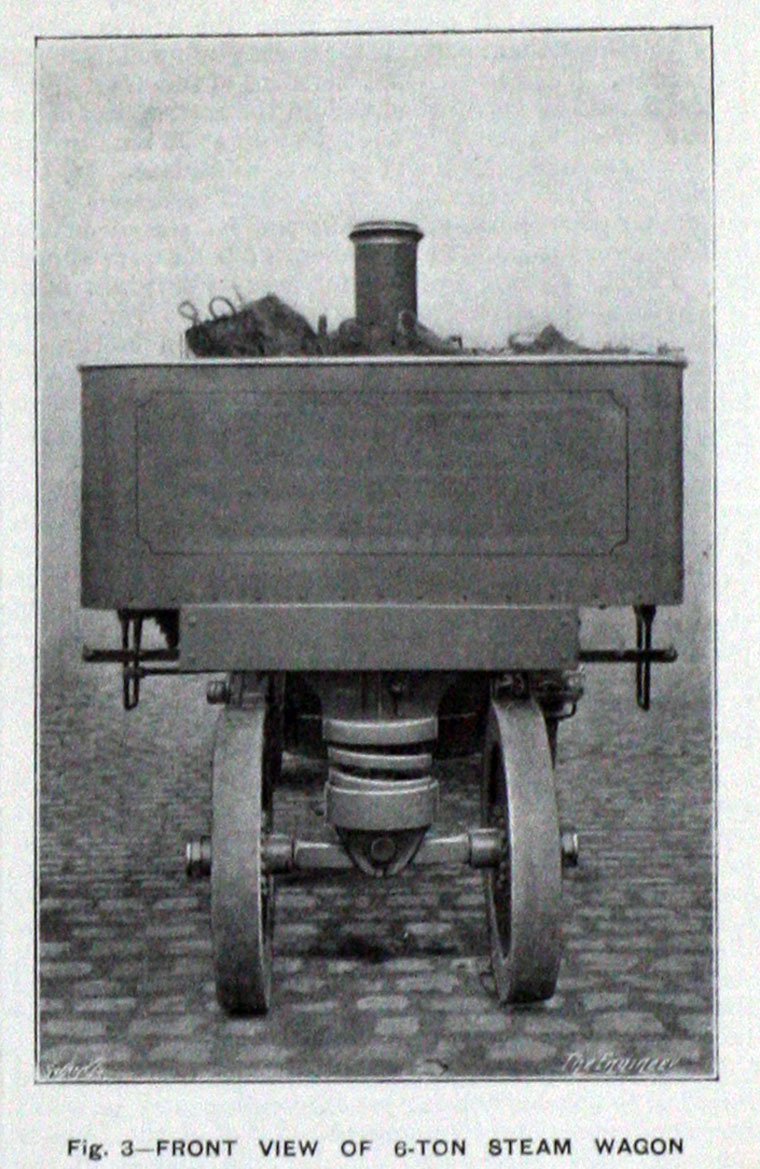 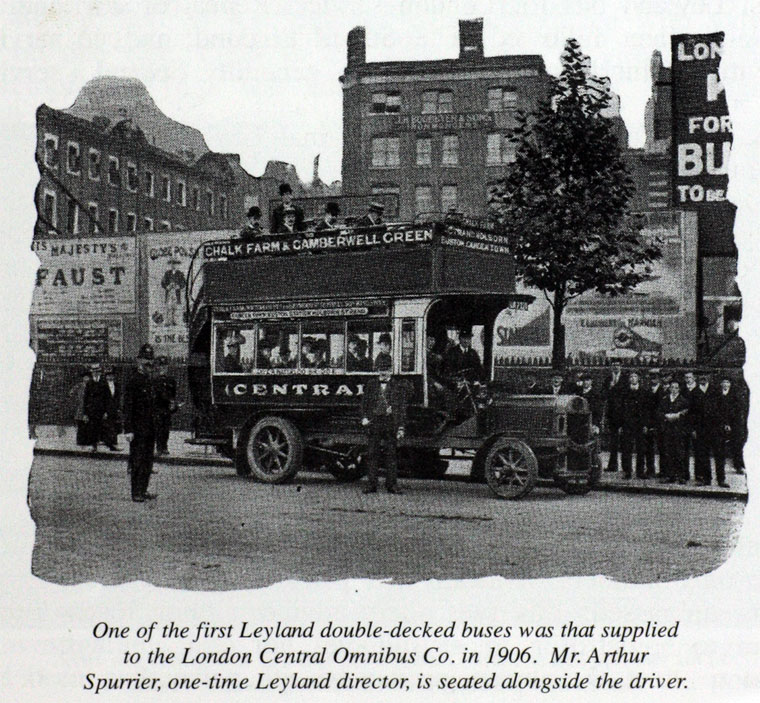 1896 Formed from J. Sumner by James Sumner, Henry Spurrier, Henry Spurrier II and George Stretton Spurrier. The company started by making steam wagons from premises in Herbert Street, Leyland, where they employed 20 persons. This brought together the skills of Henry (II) who describes himself as a steam engine maker, James Sumner who was a blacksmith employing several people and the money from Henry (Senior) and George who were wealthy from being oil merchants and later farmers.

1896 The first vehicle was a 30 cwt steam van with an oil-fired boiler and a two-cylinder compound engine developing 10-14 hp.

1897 Henry Spurrier (II) and William Sumner showed their first steam vehicle at the Royal Agricultural Show where they won the top prize.

1898 Henry Spurrier (II), William Sumner and Ted Hamer take the vehicle to the Royal show in Birmingham and win first prize of £100. Later the same year they win another £100 at the Liverpool Self-Propelled Traffic Association trials.

1898 First order for vehicle (3-tonner) from Fox Brothers and Co of Wellington to transport wool. Produce another for Peek, Frean and Co

In 1902, with sales of buses rising and the workforce numbering in excess of 150, the Company moved to larger premises in Hough Lane.

1902 Produce a vehicle for Blackburn Corporation

1903 The company employed 160 and they produced a 4-tonner Model B with 35 hp. To the end of this year the company had produced 39 steam vehicles.

1903 August. The company was registered privately under the Limited Liability Act

1904 The company produced 33 steam lorries or buses this year

1904 Produced the first experimental petrol driven lorry known as 'The Pig' with 2-cylinder 12 bhp engine to carry 30 cwt. It was not adopted for manufacture but the 'Y' model was produced in small numbers.

1905 They showed a four-cylinder Crossley engined bus with a channel support frame for the New London and Suburban Omnibus Co.

1905 March. Details of their Crossley-Leyland petrol omnibus and the lorry.[4]