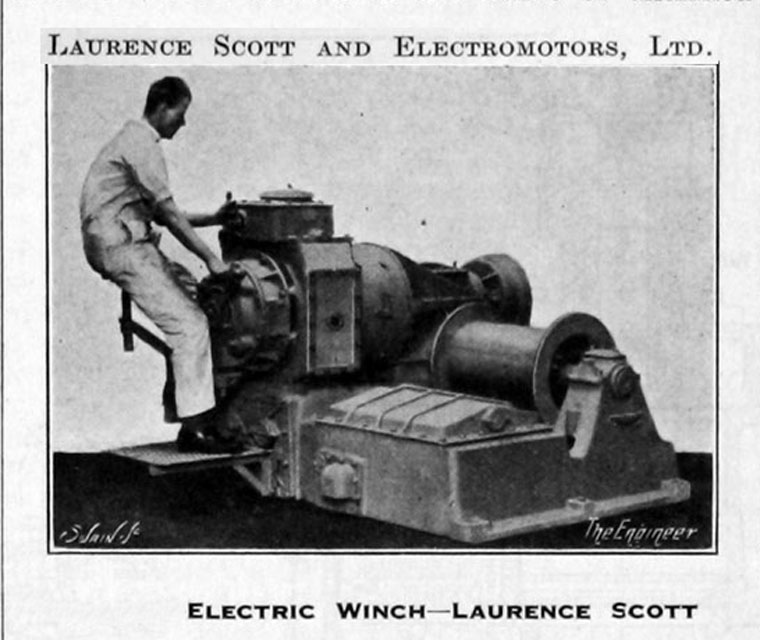 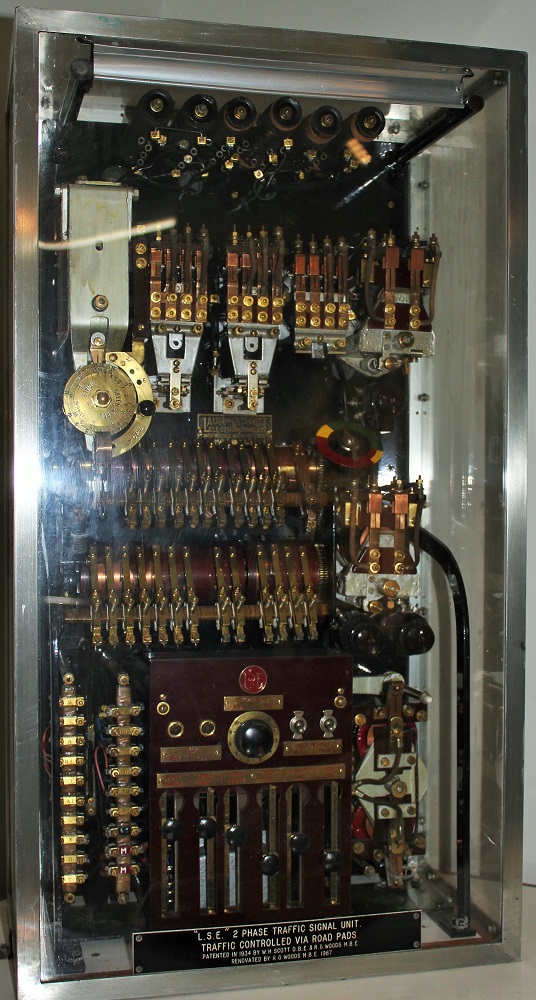 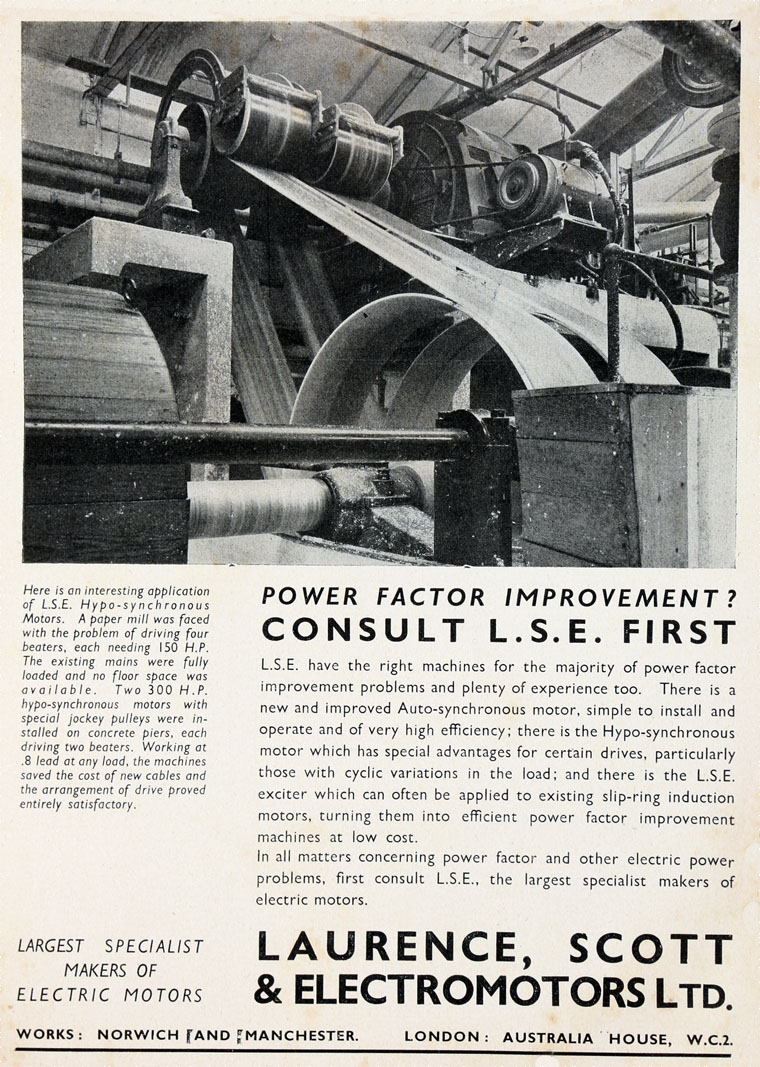 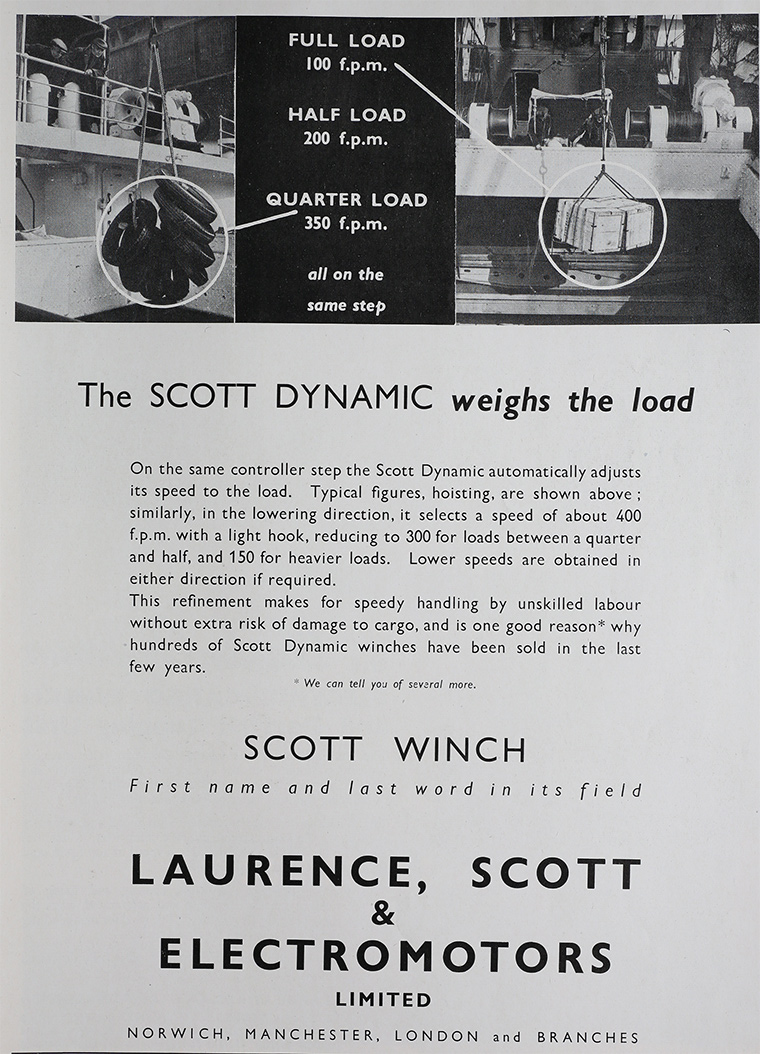 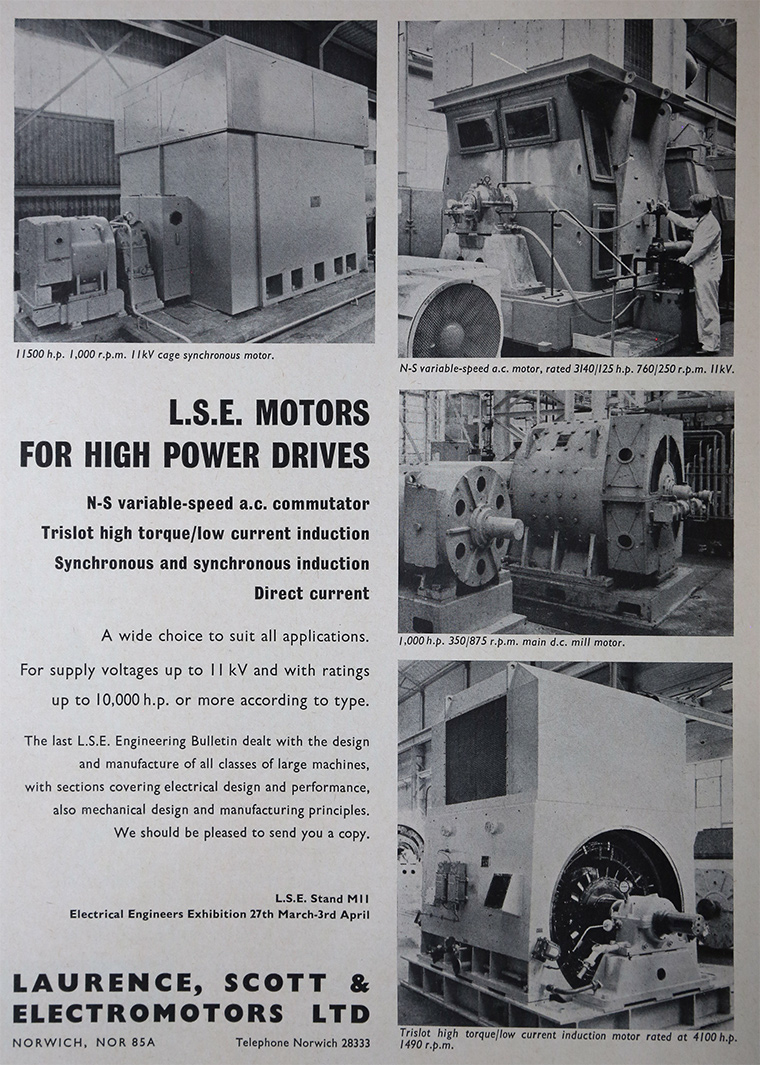 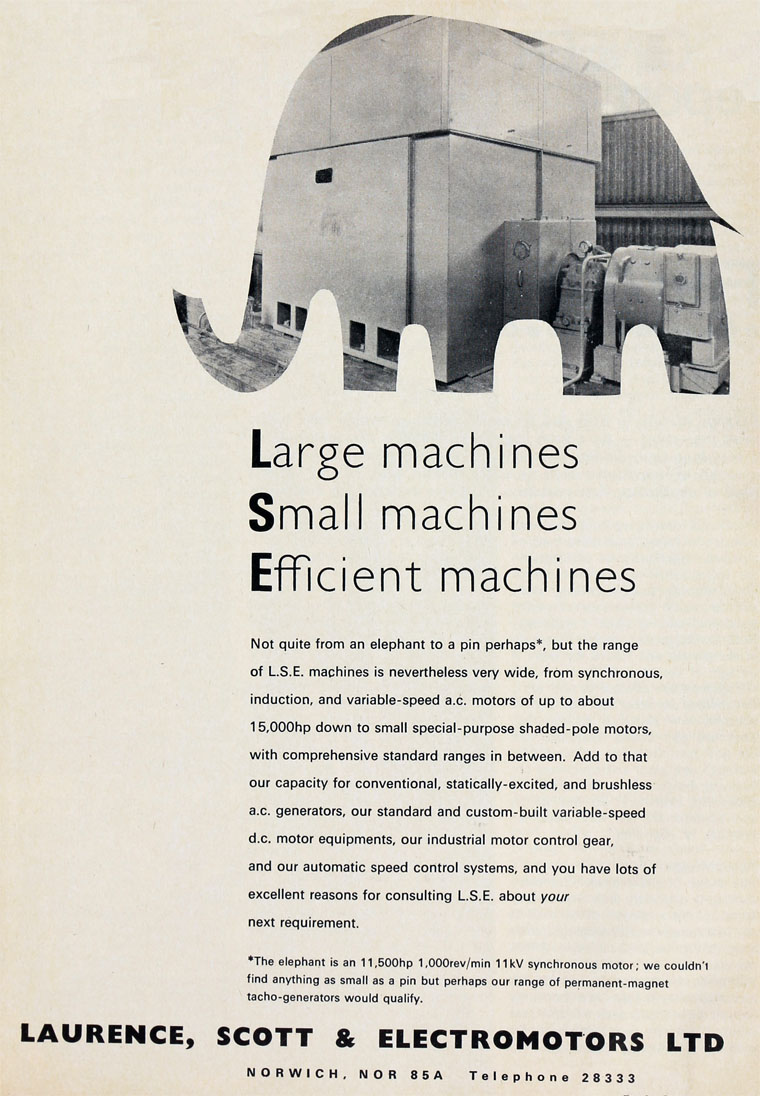 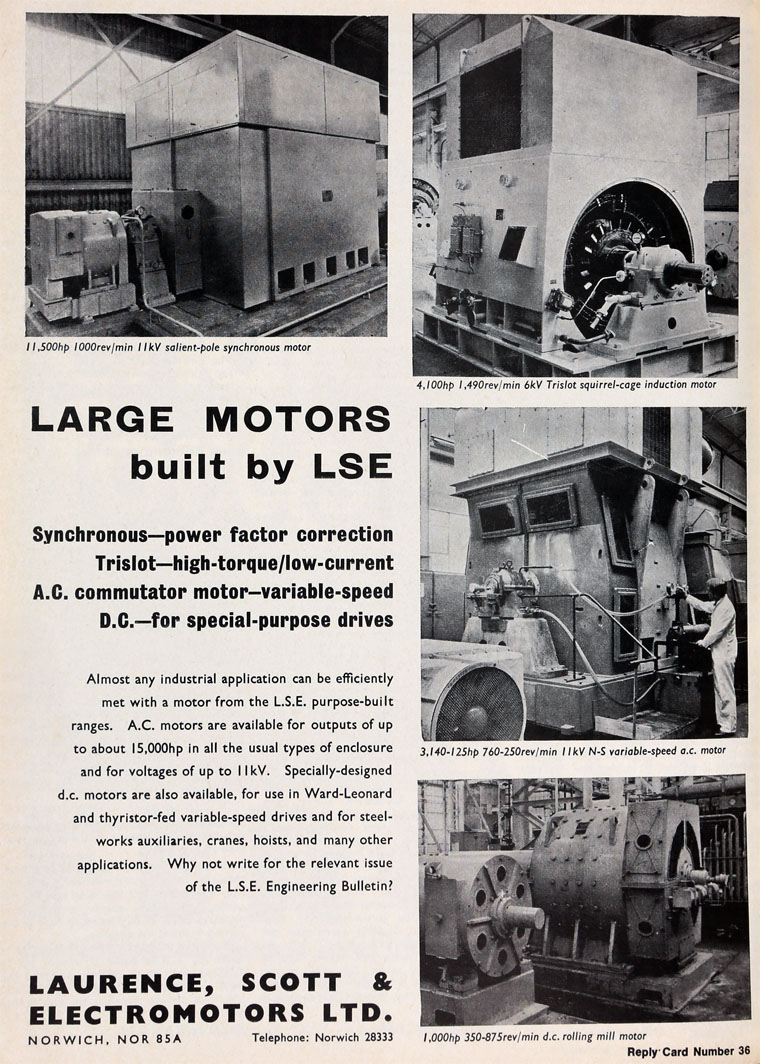 Electrical Engineers of Norwich and Openshaw.

1929 Company formed when Laurence, Scott and Co took over Electromotors

1945 January. R. J. Spicer retired from the position of general manager of the switch works of the company after forty six years' service. Mr H. Worship, formerly manager of the instrument department took over the management of the Thorpe Road, branch works.[1]

1980 Taken over by Doncaster based Mining Supplies.[2]

c.1986 Acquired by FKI Electricals from MS International and quickly returned to profit[3]