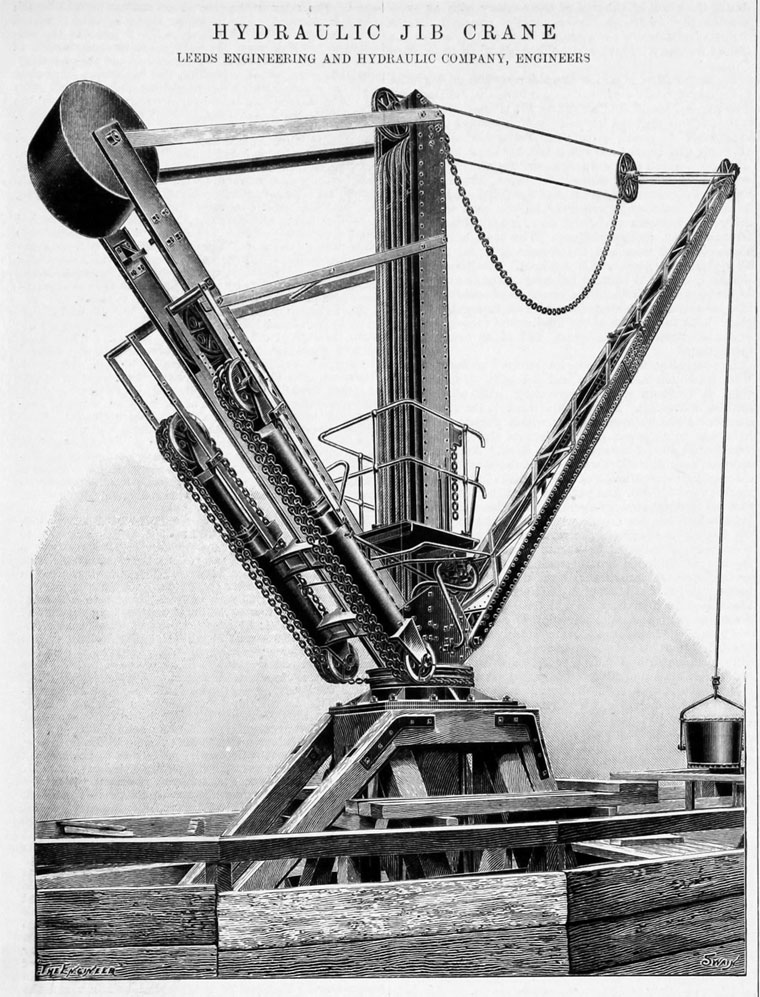 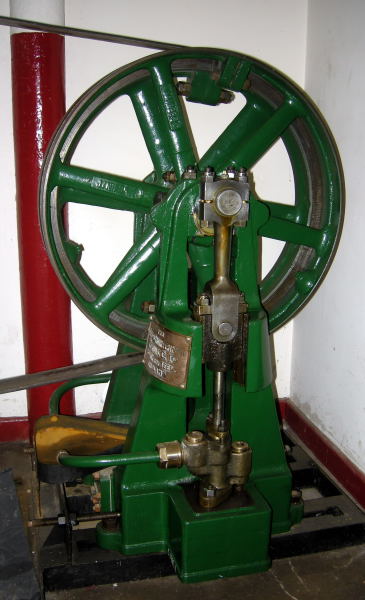 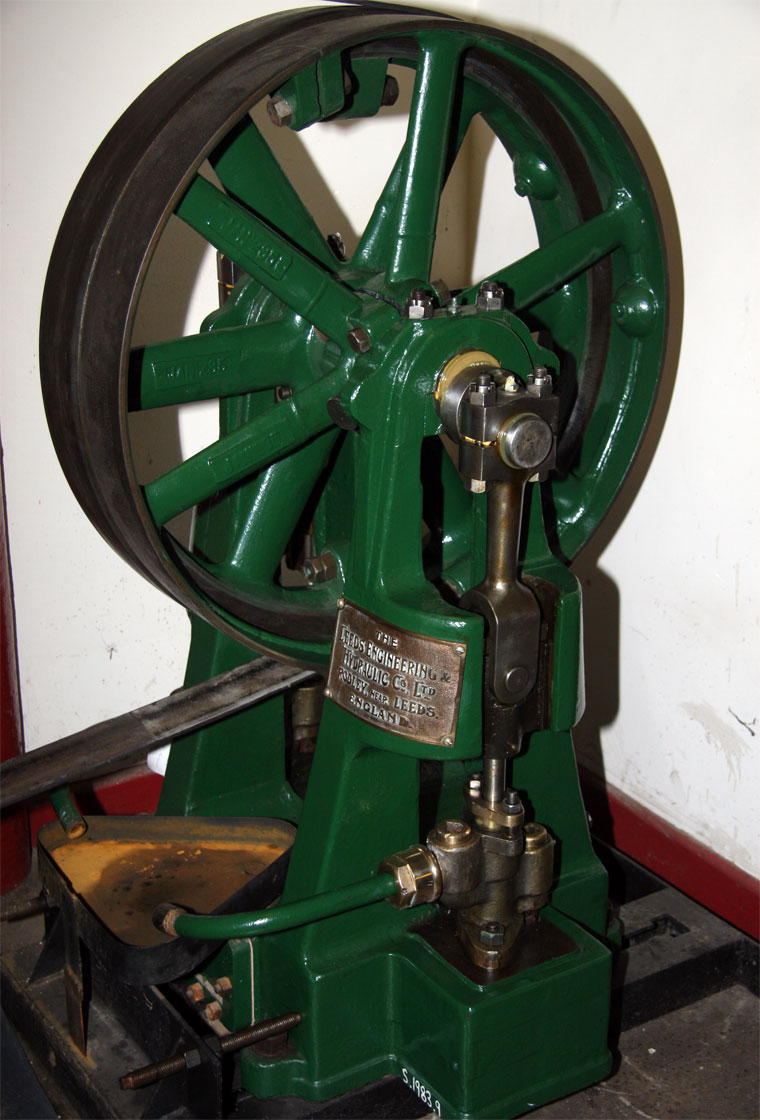 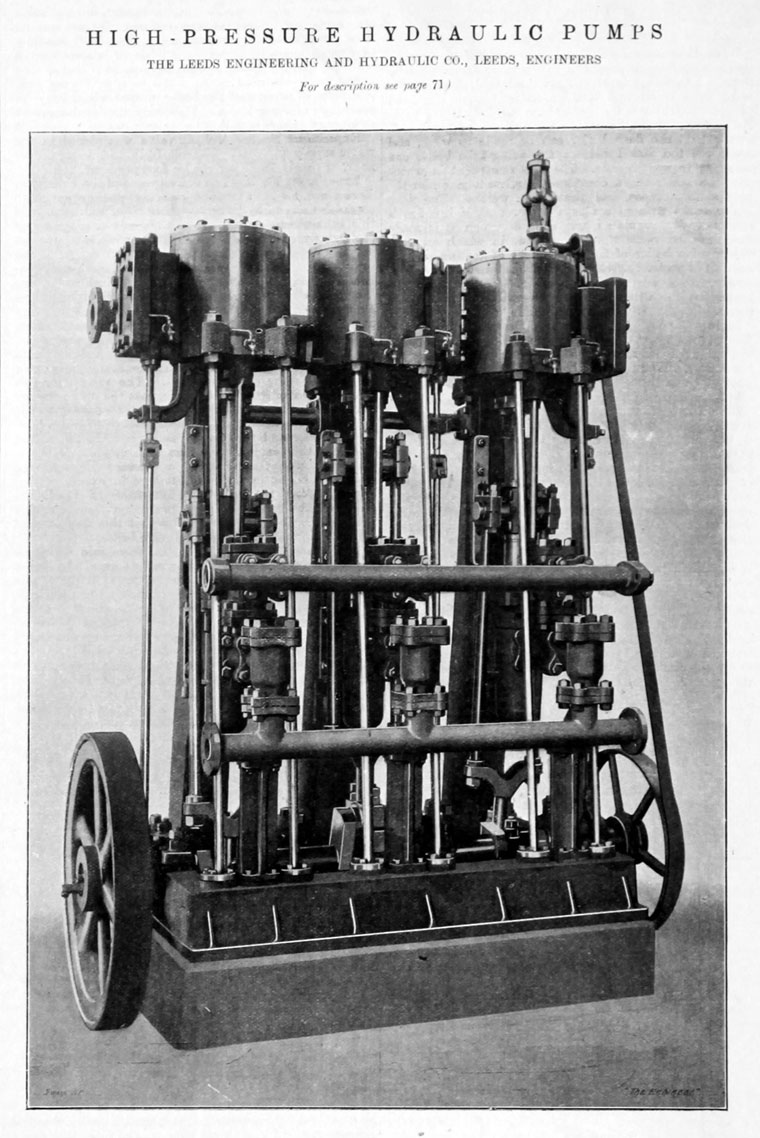 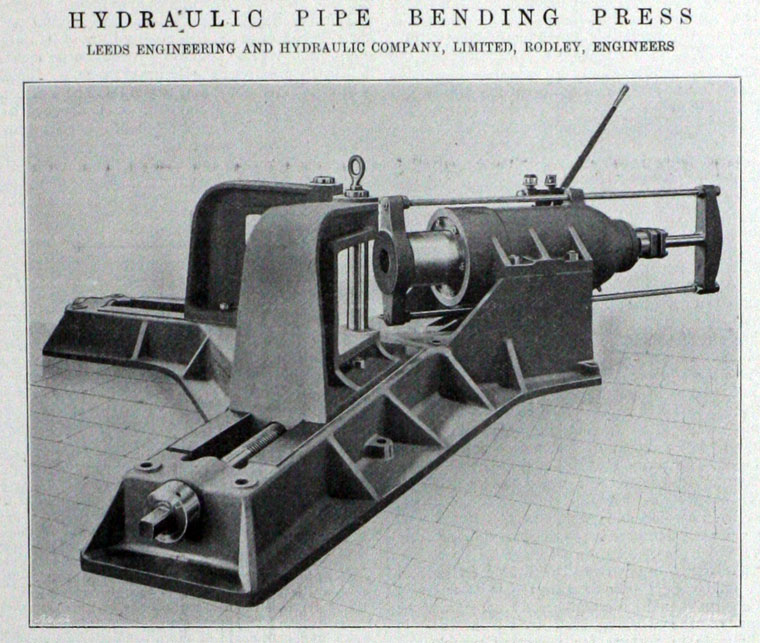 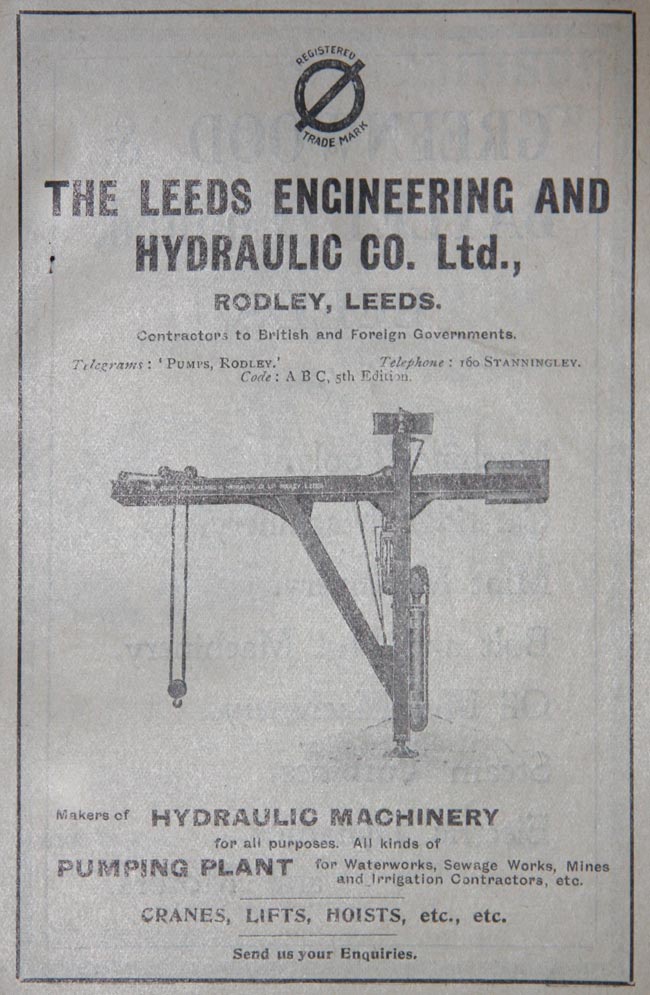 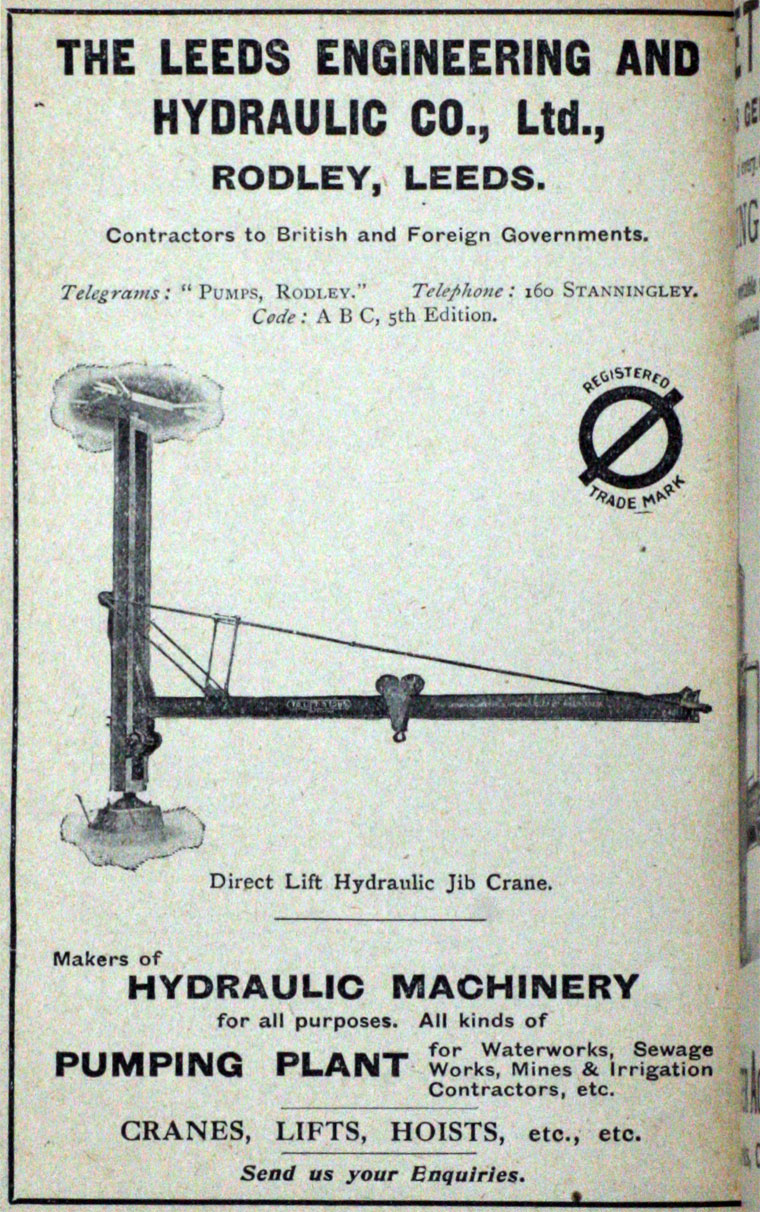 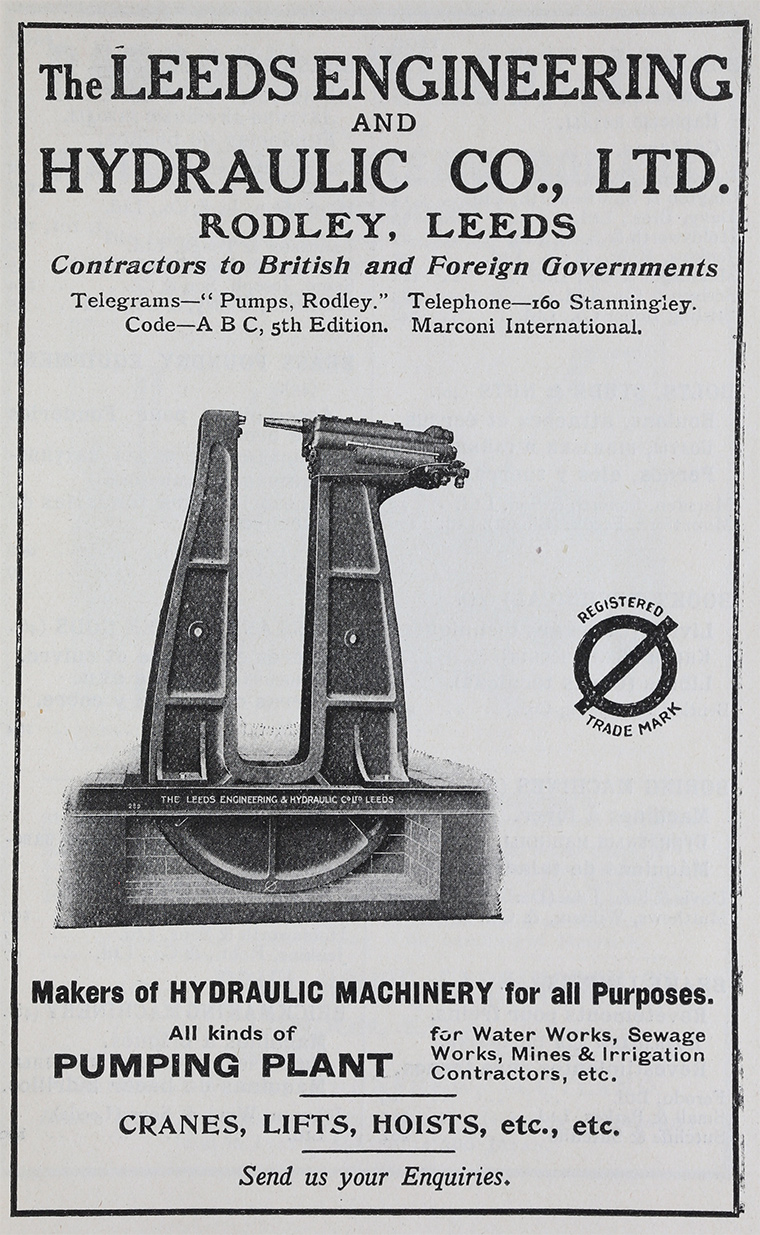 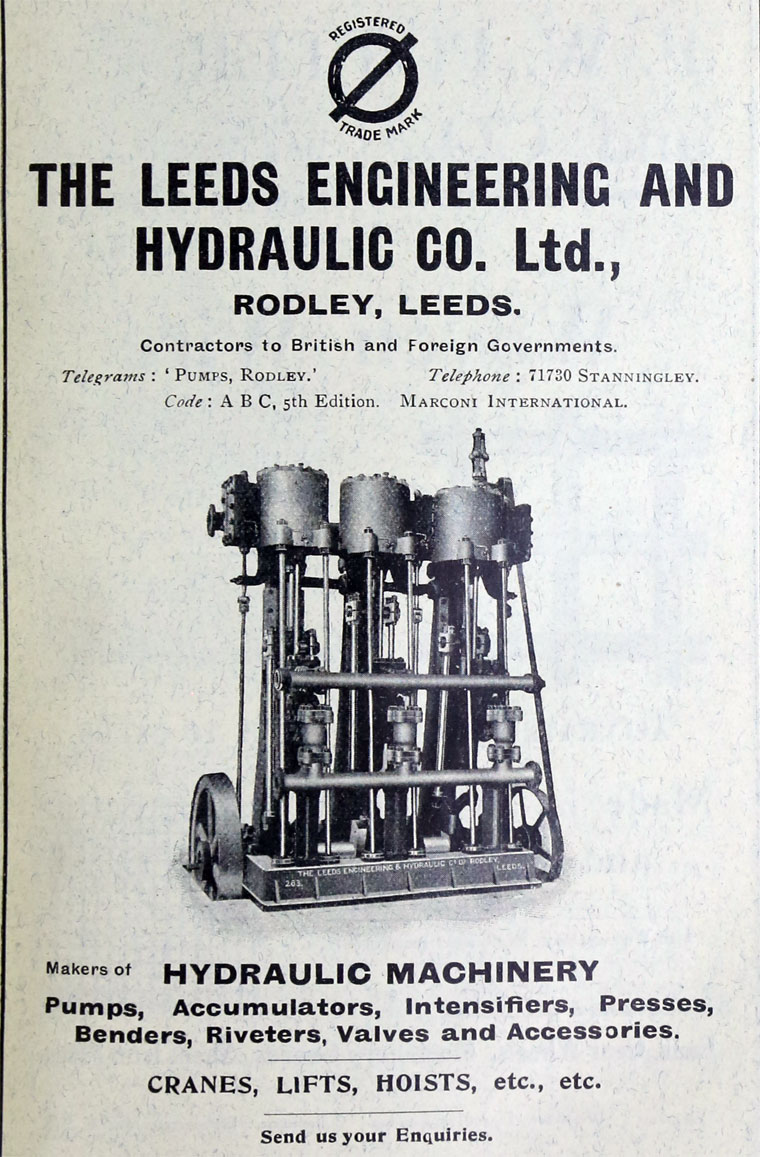 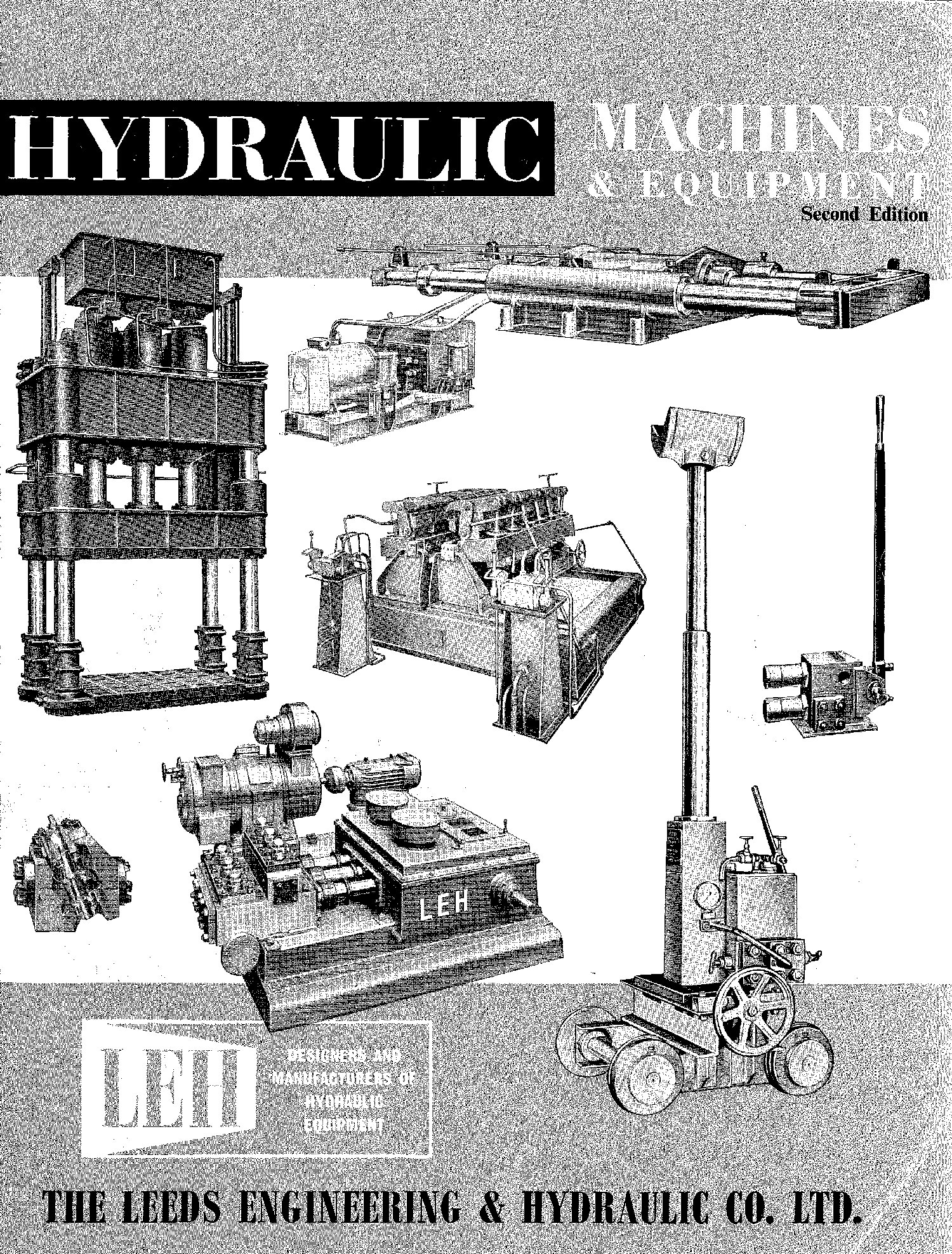 Pumps and hydraulics, of Rodley, Leeds.

1866 Leeds Engineering and Hydraulic Co was founded; it produced slow speed hydraulic pumps and equipment, typical of the time.

The brothers Frank and John Towler worked for the company

Later the Towlers bought a controlling interest in Leeds Engineering and Hydraulic.

1935 Towler Brothers (Patents) Limited was formed by Frank and John, to exploit the newly developing market of the changeover from water to oil as a medium for transmitting power. They were pioneers in the field, especially to operate the systems at much higher pressures, although this was not an easy sell.

1935 Leeds Engineering was acquired by Joseph Booth and Brothers