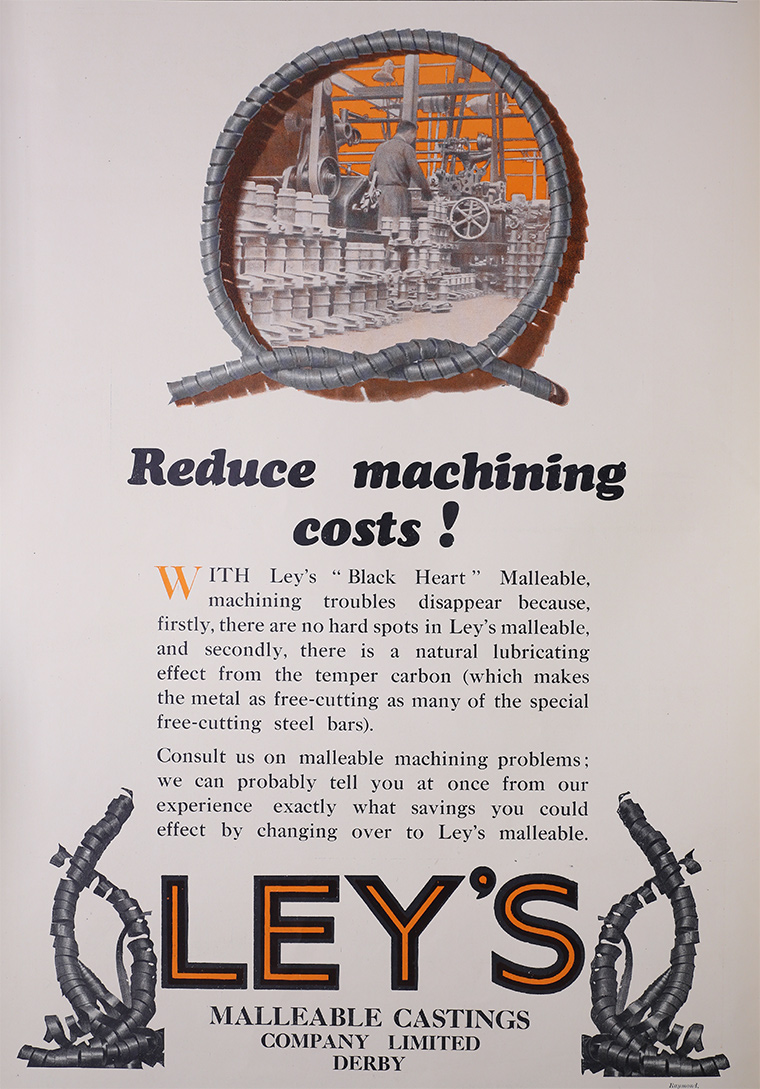 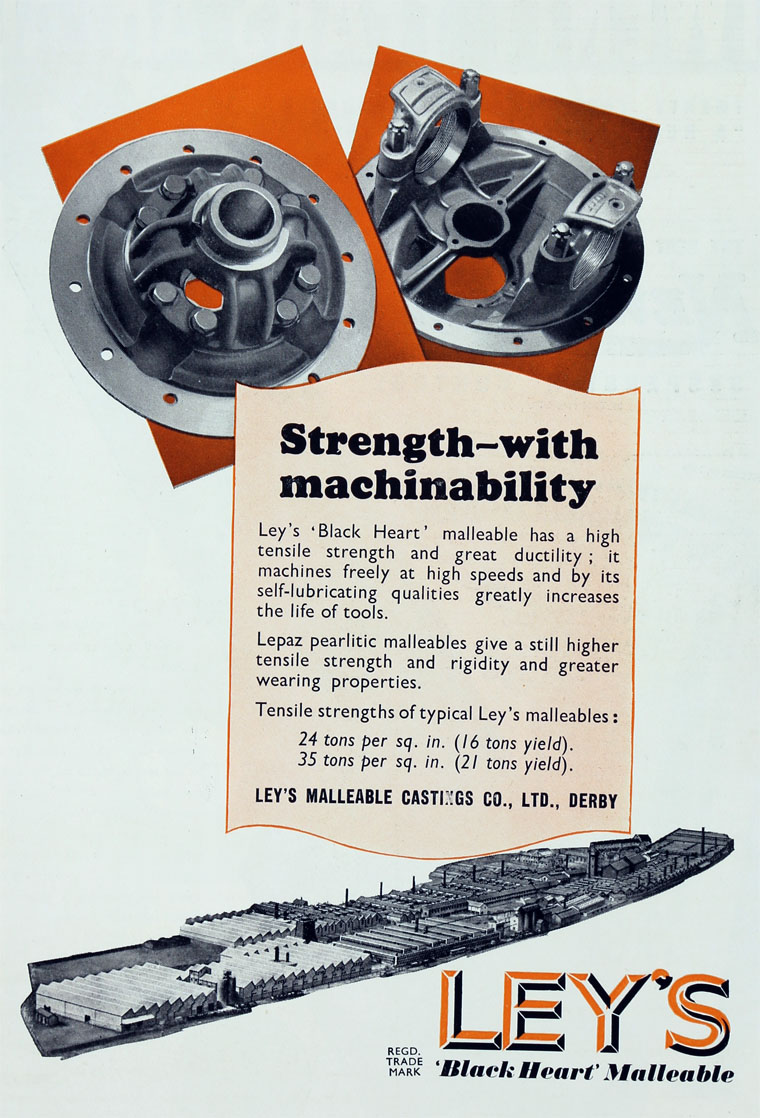 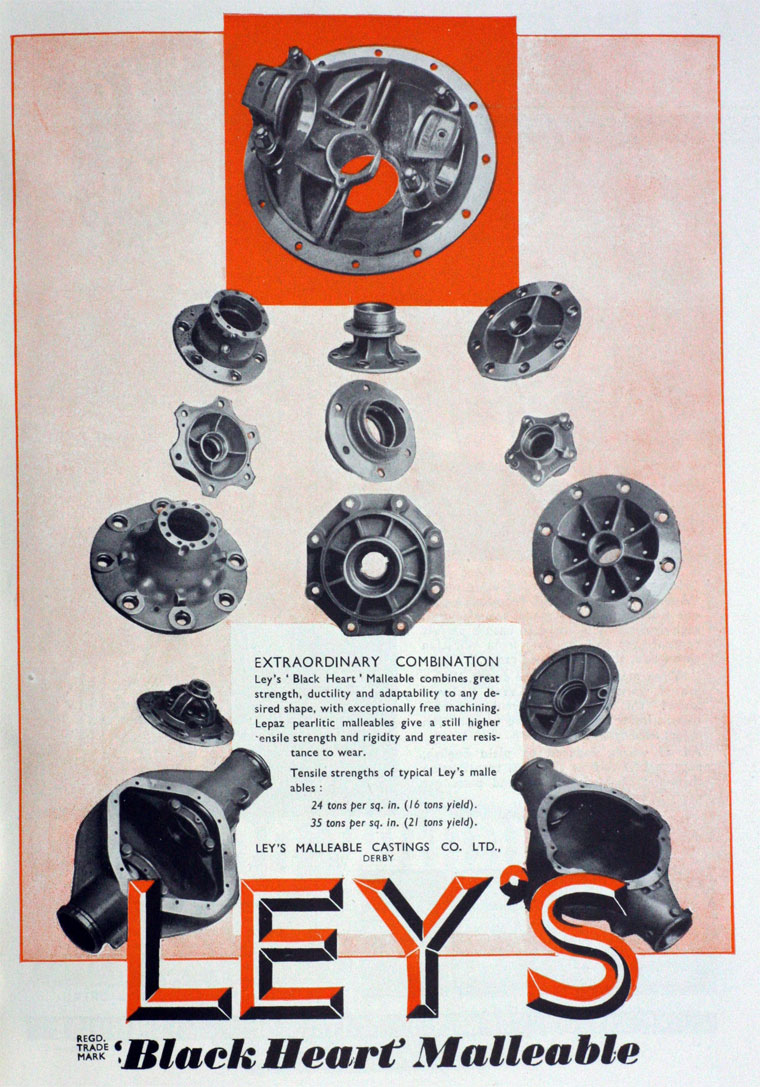 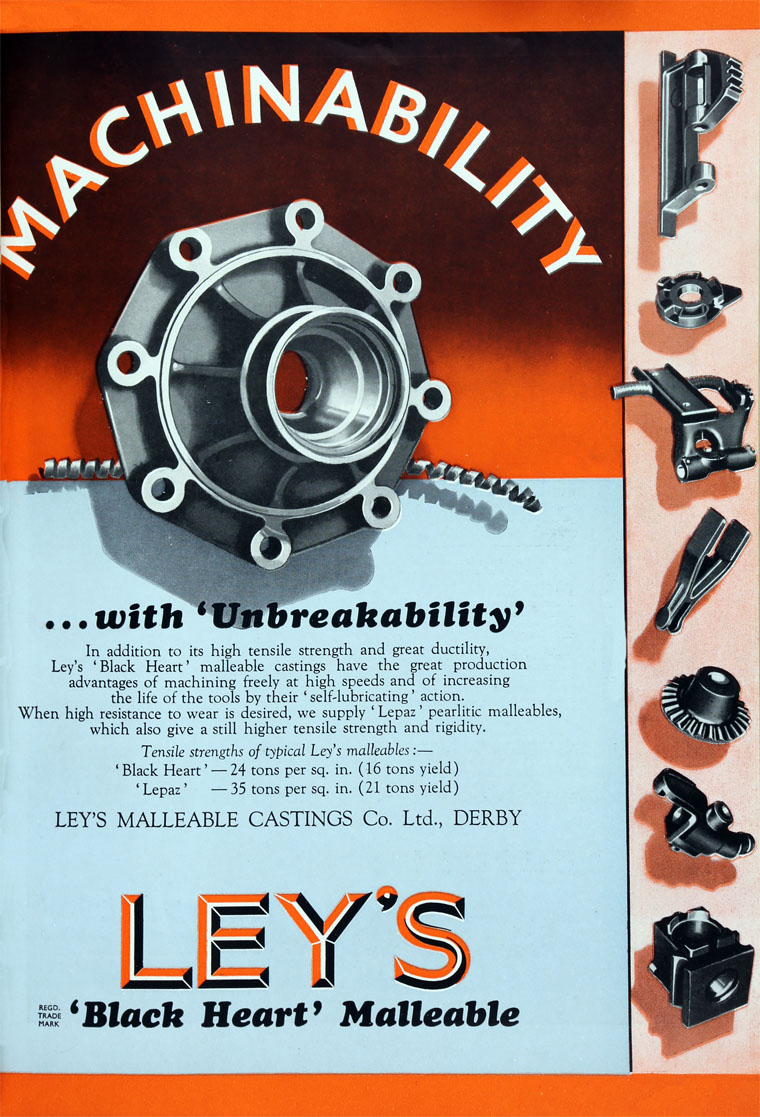 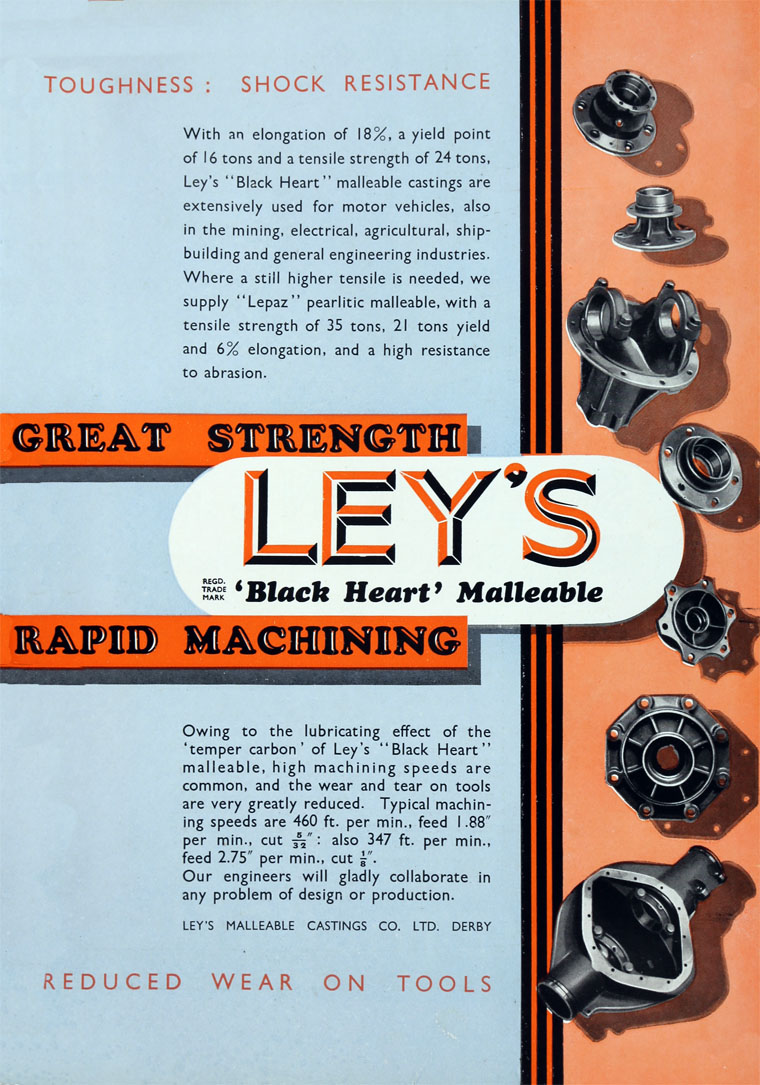 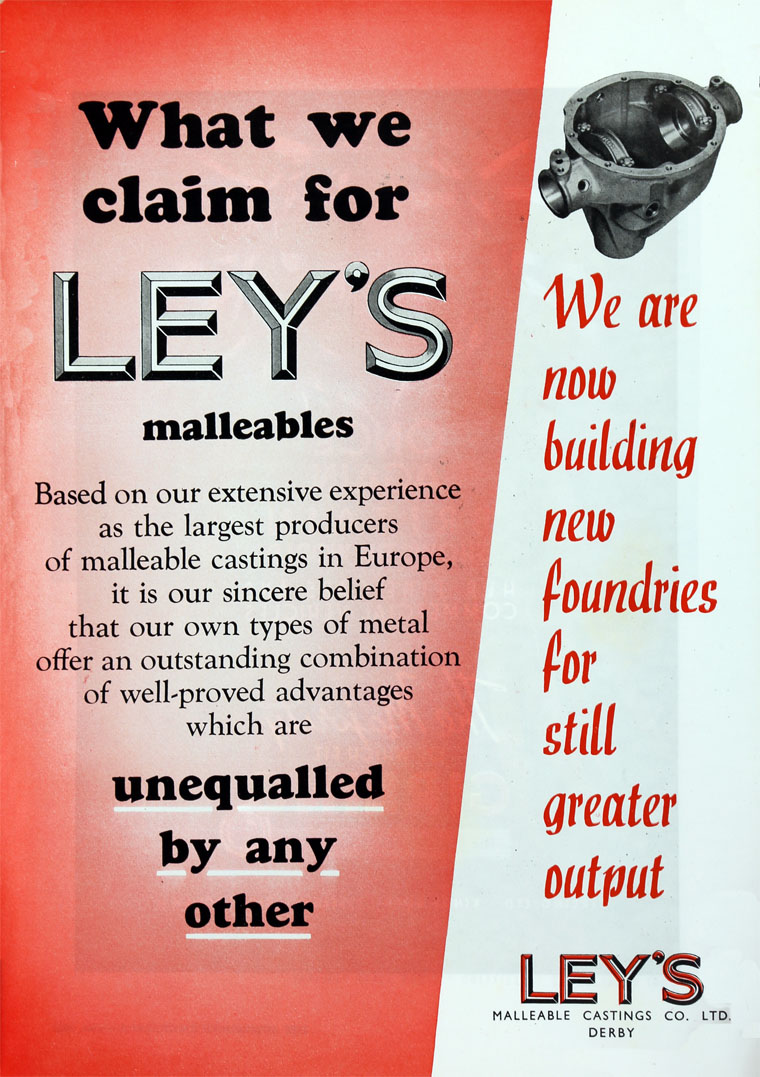 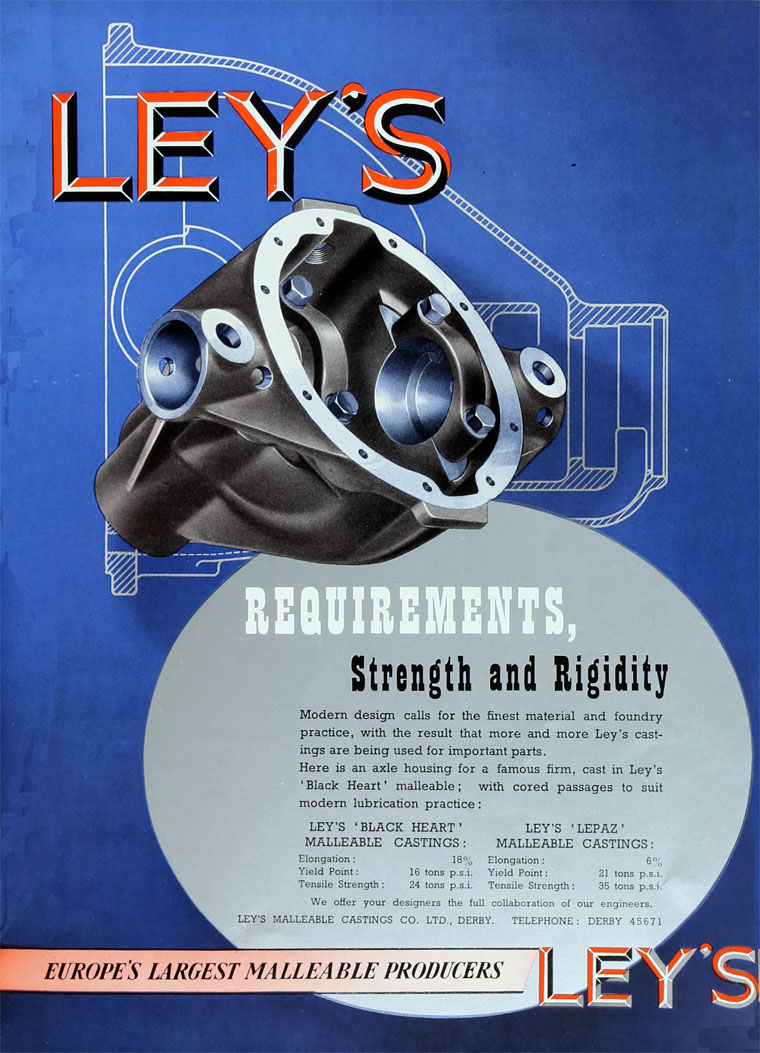 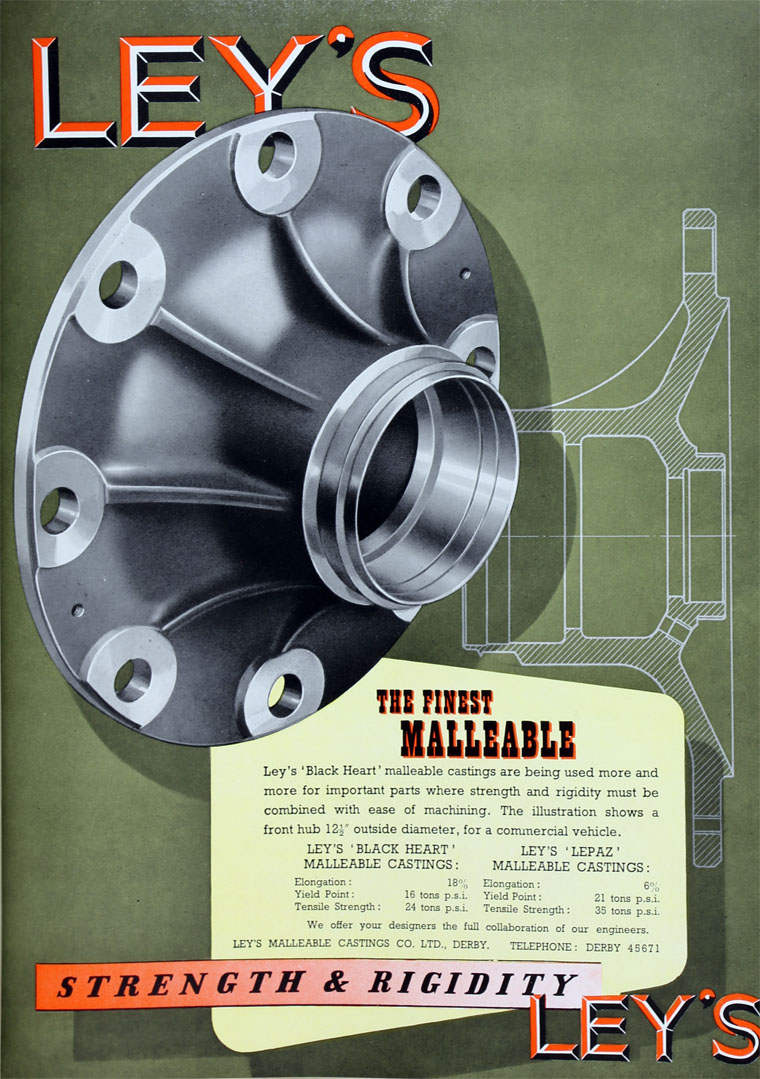 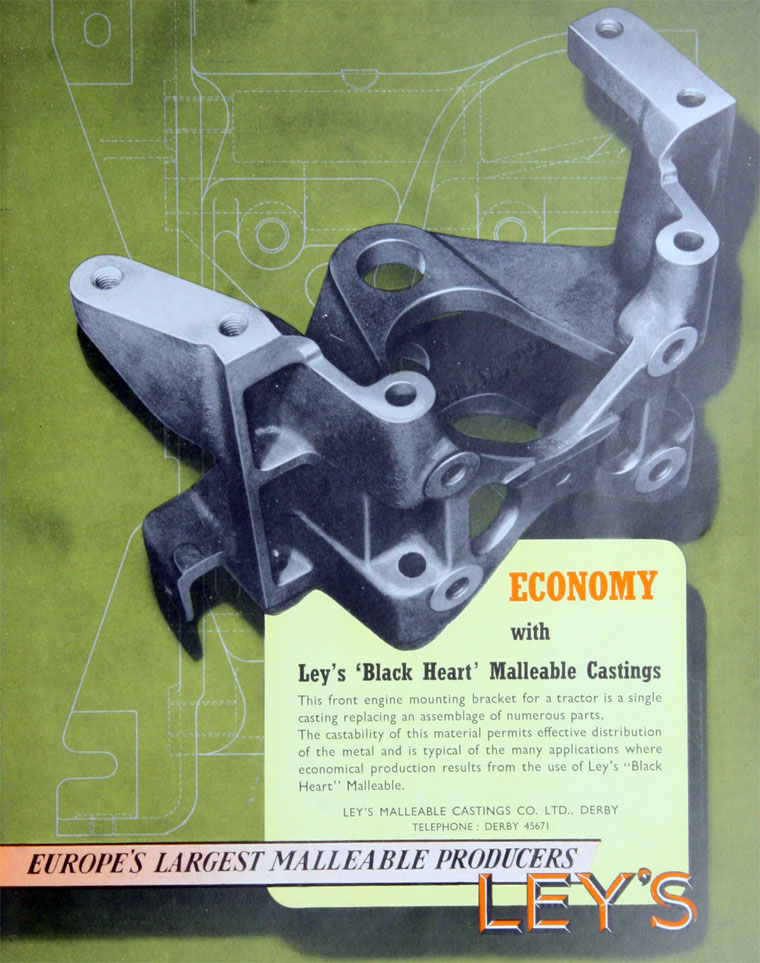 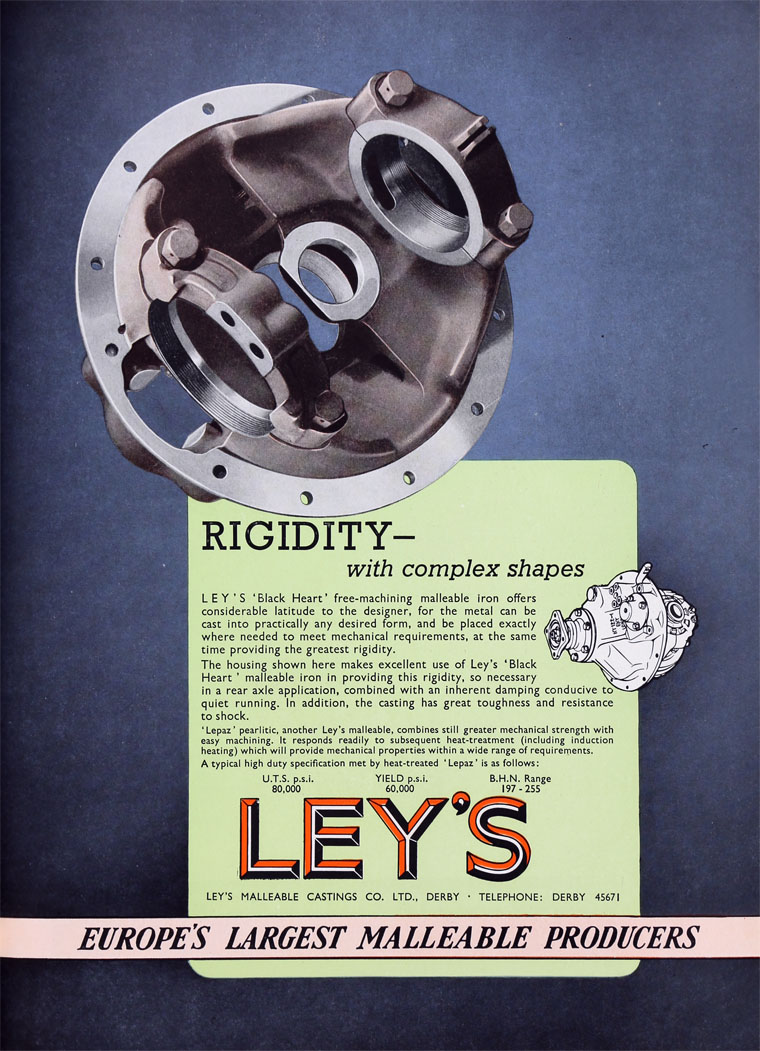 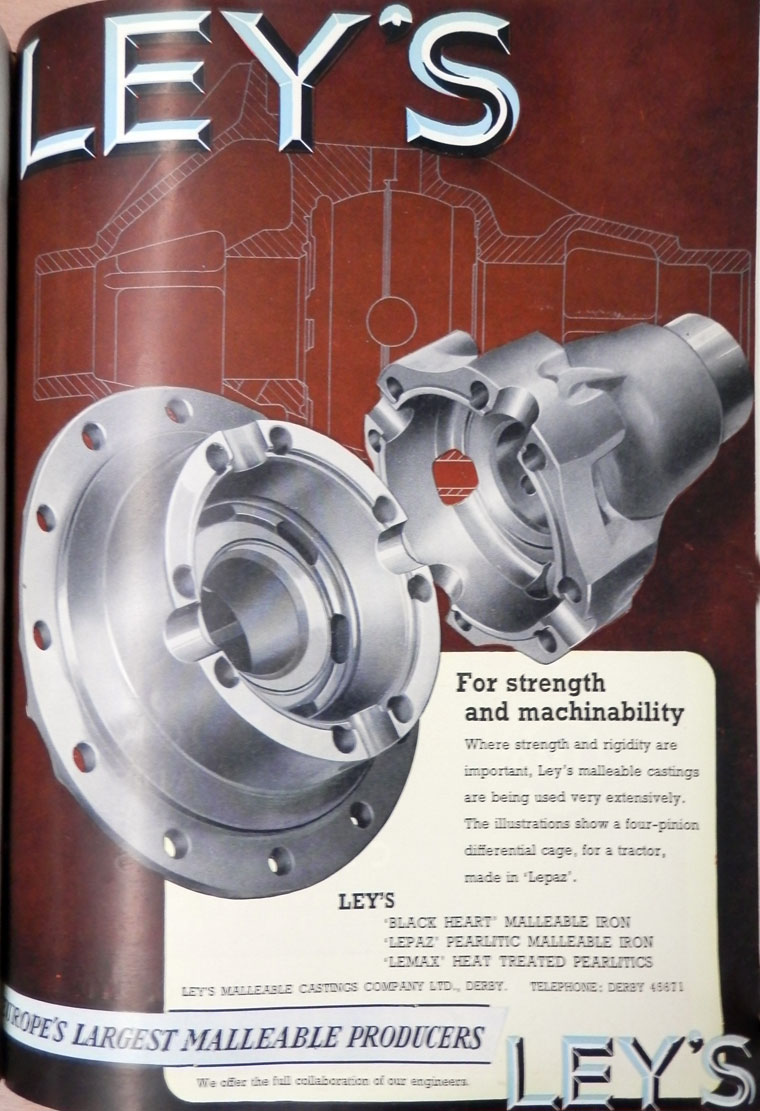 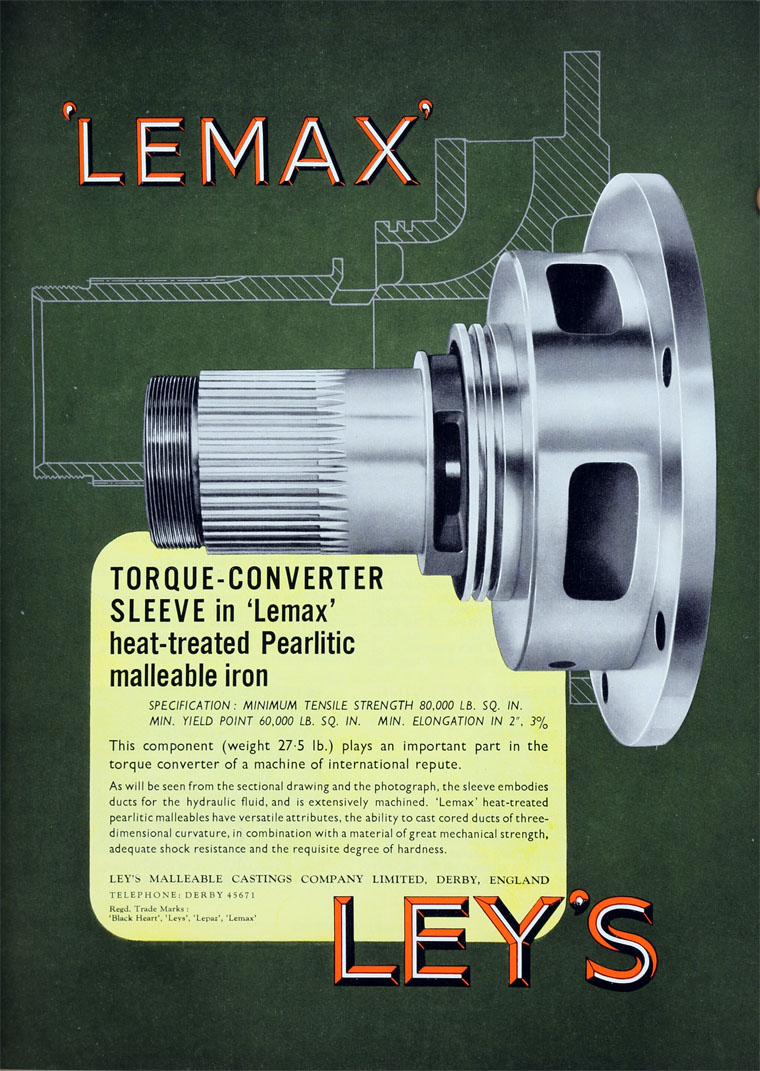 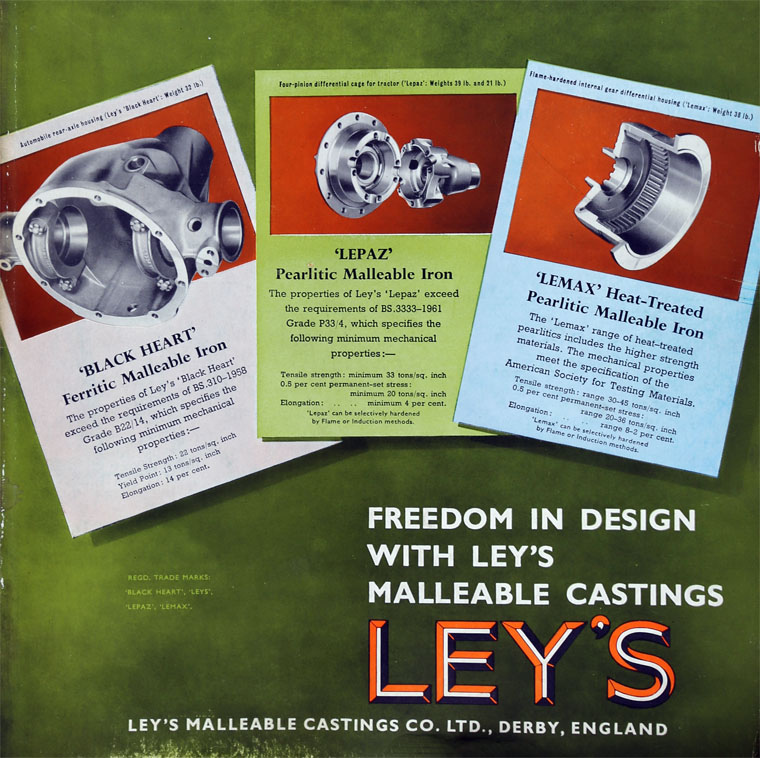 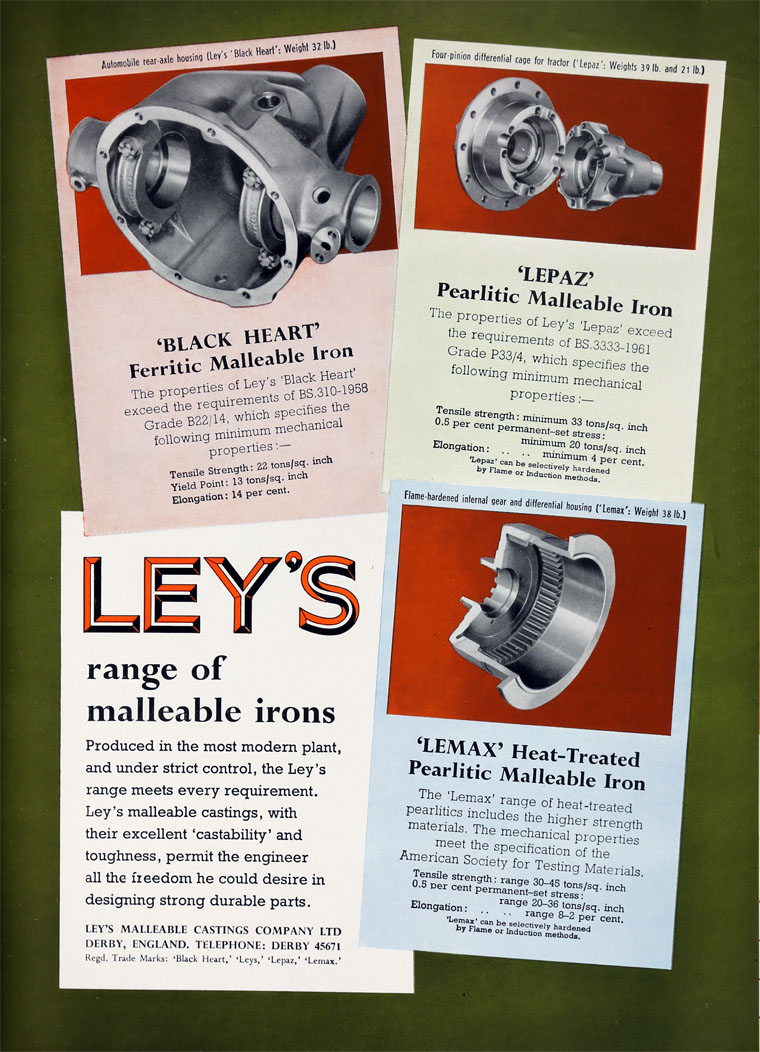 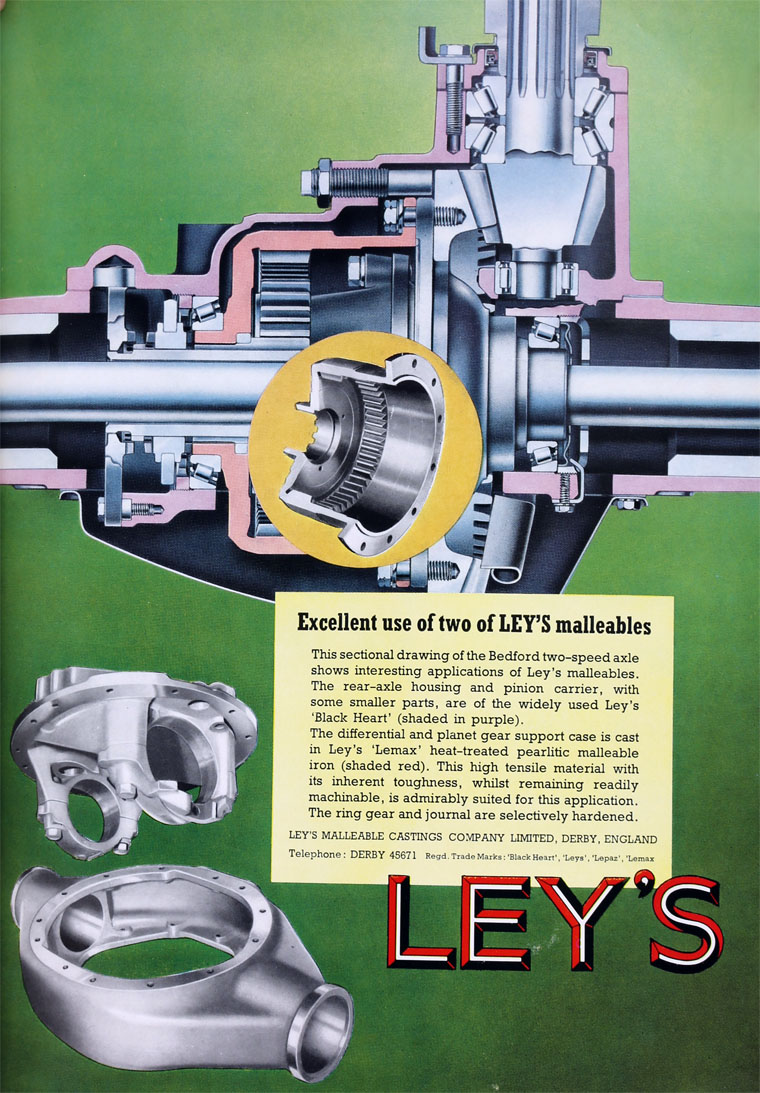 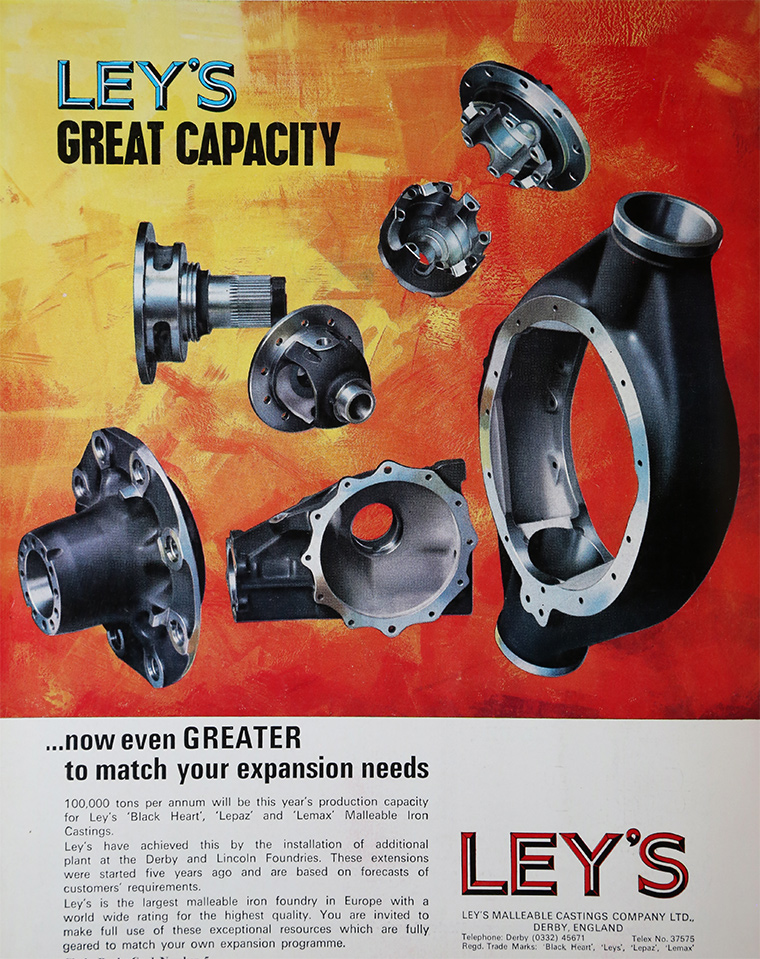 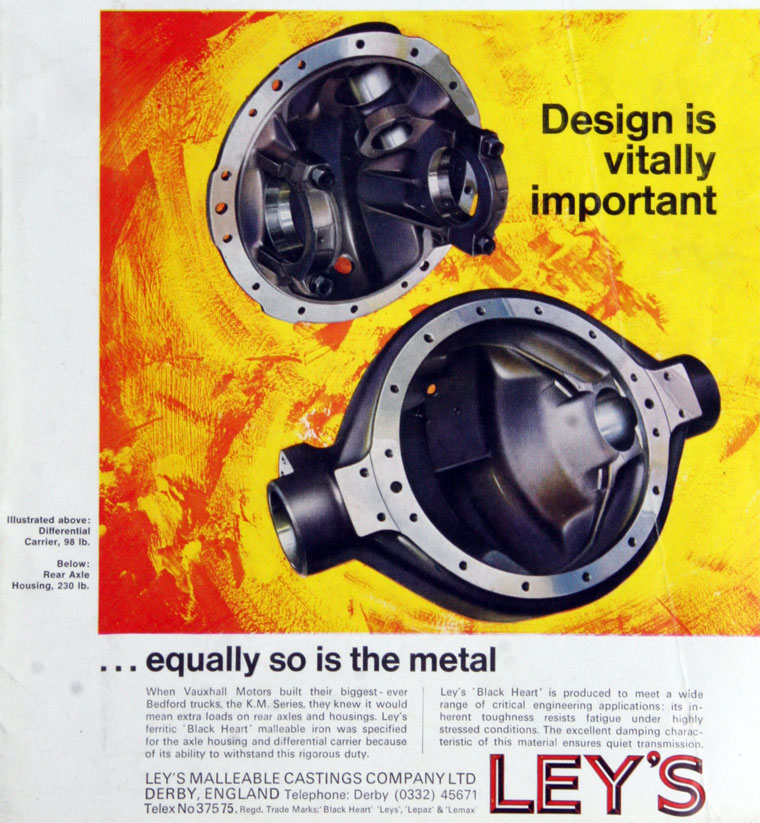 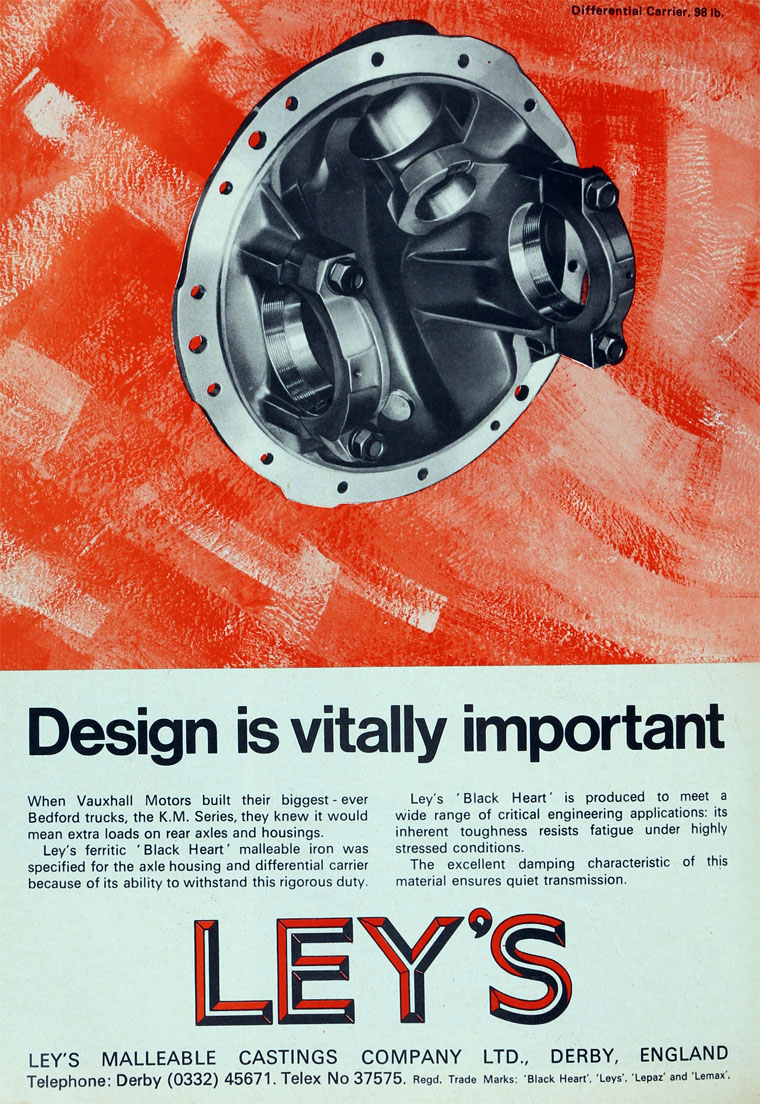 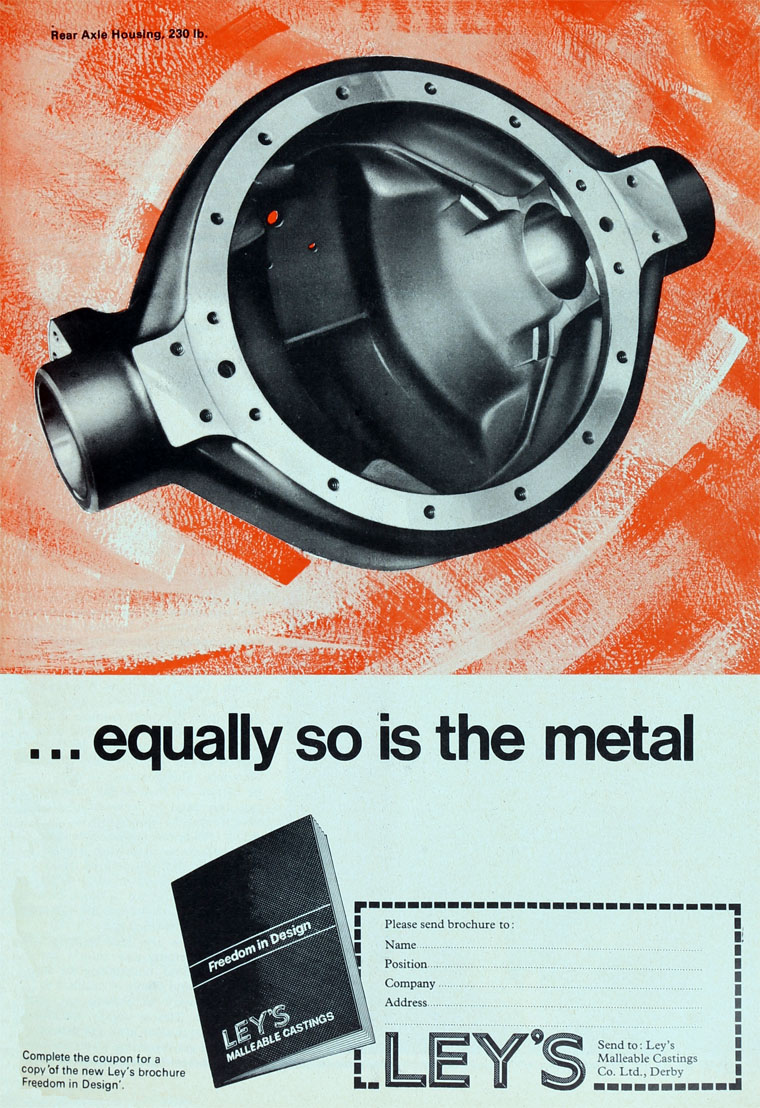 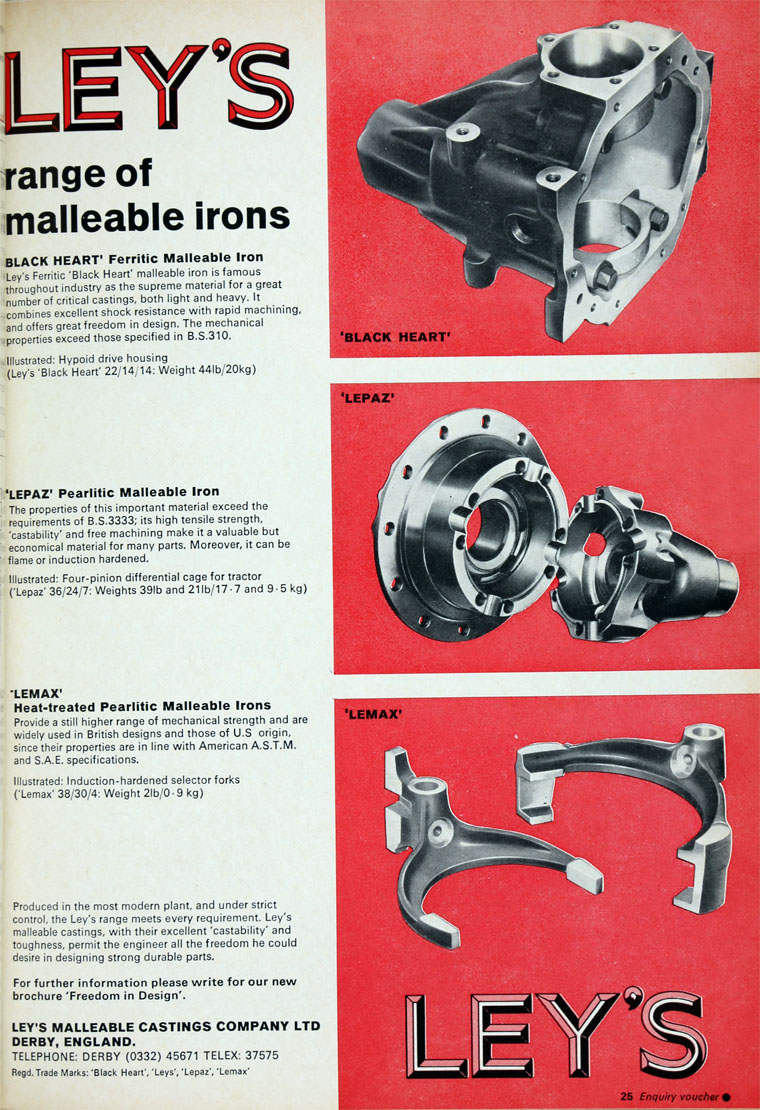 of Derby and North Hykeham, Lincoln

1874 At the age of 28, Francis Ley decided he needed to be independent and start his own business which was to become the Leys Malleable Casting Company. He established his malleable castings foundry on Colombo St, next to the old Birmingham and Derby Junction Railway main line.

1880 Due to ongoing success, demolished the original works and rebuilt it on a larger scale.

1897 Incorporated as a private limited company.

1905 Francis Ley was awarded a Baronetcy.

By 1935 Ewart Chainbelt Co was an associated company

1980s Sometime in the 1980s Leys was taken over by Williams Holdings.

1986 The site was closed down, gradually demolished and factory units built on the site.