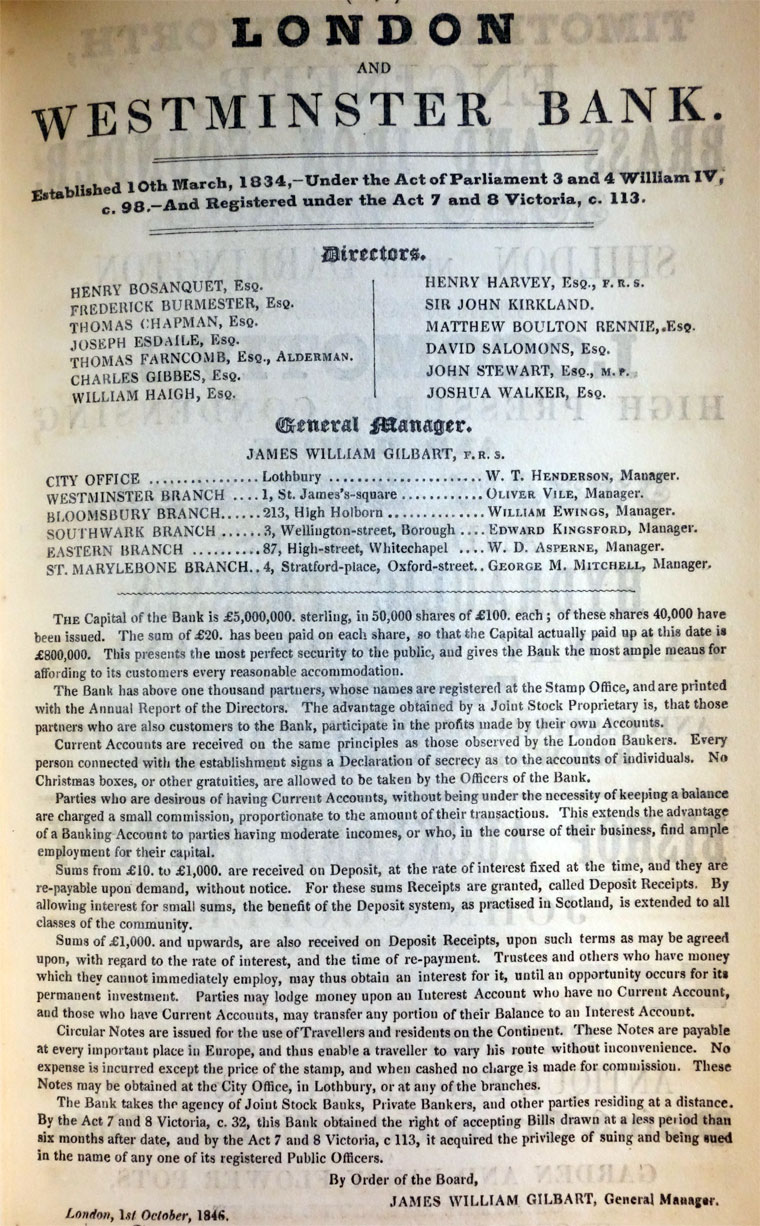 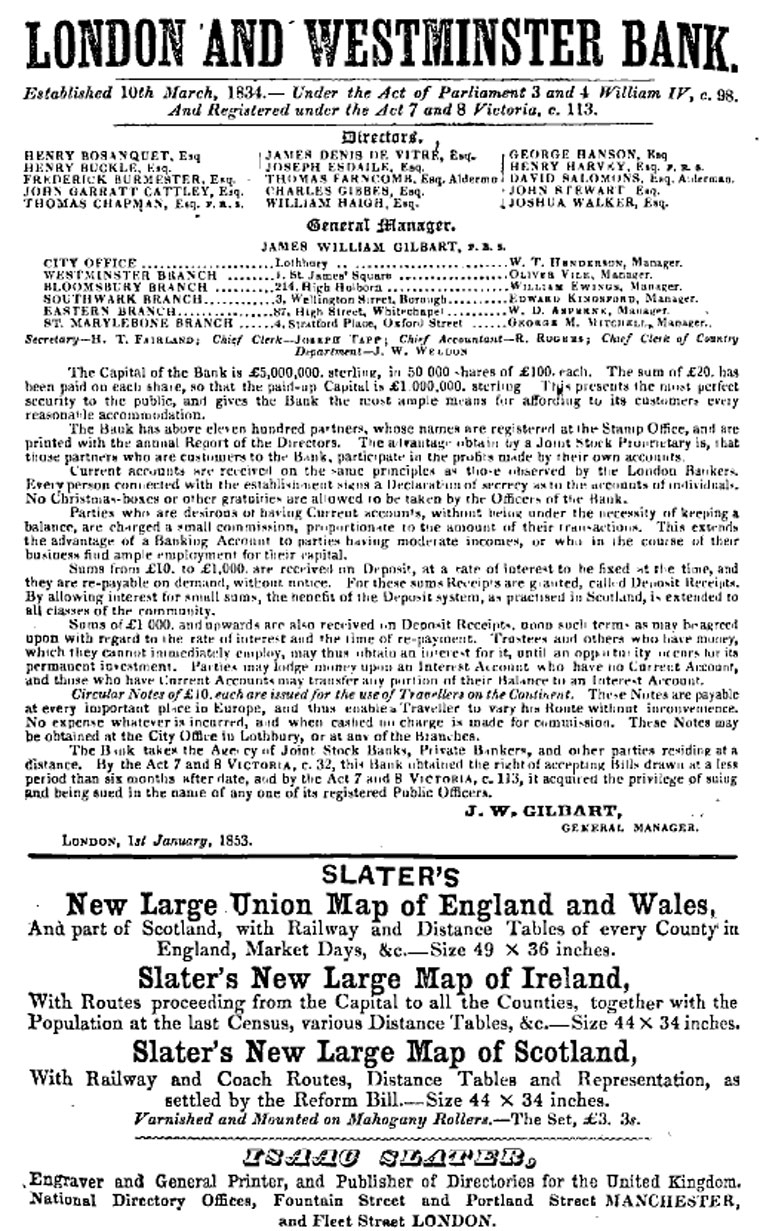 1834 This was the first joint stock bank in London when it opened in 1834 with a head office at 38 Throgmorton Street and a branch at 9 Waterloo Place.

1836 Branches were opened in Holborn, Whitechapel, Southwark and Marylebone.

By 1838 the head office had moved to 41 Lothbury and the West End office to 1 St James’s Square.

By 1905 the bank had 35 branches, mostly in central London. The bank also operated as London agent to various country and overseas banks.