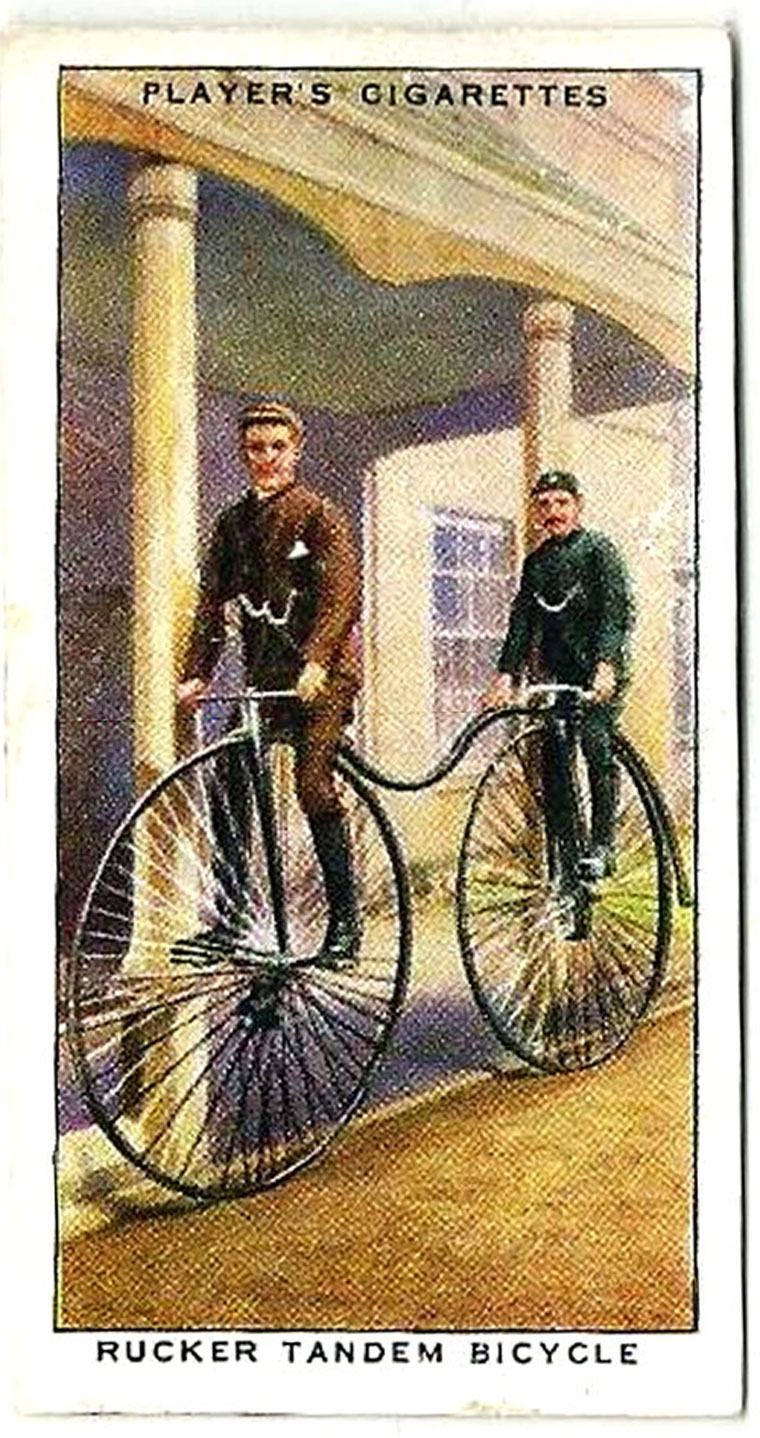 John Player cigarette card No.13 from their 1939 set shows a Rucker Tandem.

1883 Partnership dissolved. '...the Partnership heretofore existing between us the undersigned, Martin Diederich Rucker the younger and Frederick Warner Jones, carrying on business as Bicycle and Tricycle Manufacturers, at Letchford-buildings, Bethnal Green, in the county of Middlesex, under the style or firm of M. D. Rucker, jun., and Co., has been dissolved, by mutual consent, as from the 16th day of October, 1883. All debts due to and owing by the said late firm will be received and paid by the said Martin Diederich Rucker the younger, who will continue to carry on the business at the same place...'[1]

1884 The Company introduced possibly the first tandem cycle that bears resemblance to todays tandem bicycles, be that the two wheels were much larger, being 56” in diameter.

It is this machine that todays early bicycle enthusiasts relate to in connection with the Rucker Company although they offered for sale Ordinaries and Tricycles as well.

In 1896 he paid the balance of the debts, with interest at 5 per cent.

John Player cigarette card No.13 from their 1939 set shows a Rucker Tandem. The following is written on the reverse of the card . . . 'The earliest effort at tandem bicycle construction was made by M. D. Rucker about 1884. It consisted of two Ordinary driving wheels with the backbone of the front wheel joined to the steering head of the rear wheel As is apparent from the design, it was unsatisfactory and called for an acrobatic degree of skill to balance the machine. Only a few were made but it lingered longer as a type in America and Germany than in this country.' [3]