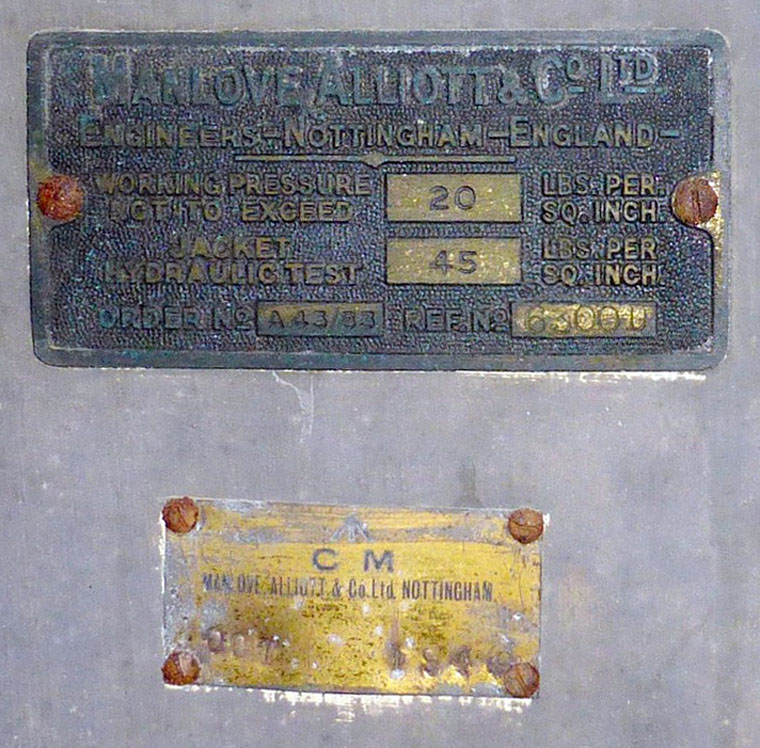 of Bloomsgrove Works, Nottingham, and Rouen.

1860 Manlove, Alliott and Seyrig was dissolved when Seyrig left the partnership

1864 "NOTICE is hereby given, that the Partnership heretofore subsisting between us the undersigned, Edward Manlove, Alexander Alliott, Simeon Manlove, and John Livesey, trading at Radford, in the county of Nottingham, and at the town of Nottingham, as Lace Manufacturers, was this day dissolved, as far as regards the said Simeon Manlove and John Livesey, by mutual consent; and that all debts due to or owing by the said late firm will be received and paid by the said Edward Manlove and Alexander Alliott.[1].

c.1871 Acquired the engineering business of William Martin, Son and Co., at Rouen

1876 "... on the petition of Edward Manlove and James Bingham Alliott, of Bloomgrove Works, Radford, in the county of Nottingham, Engineers, trading under the style or firm of Manlove, Alliott, and Company, ... it was ordered that the said Sheffield Laundry Company Limited should be wound up under the provisions of the Companies Acts, 1862 and 1867"[2]