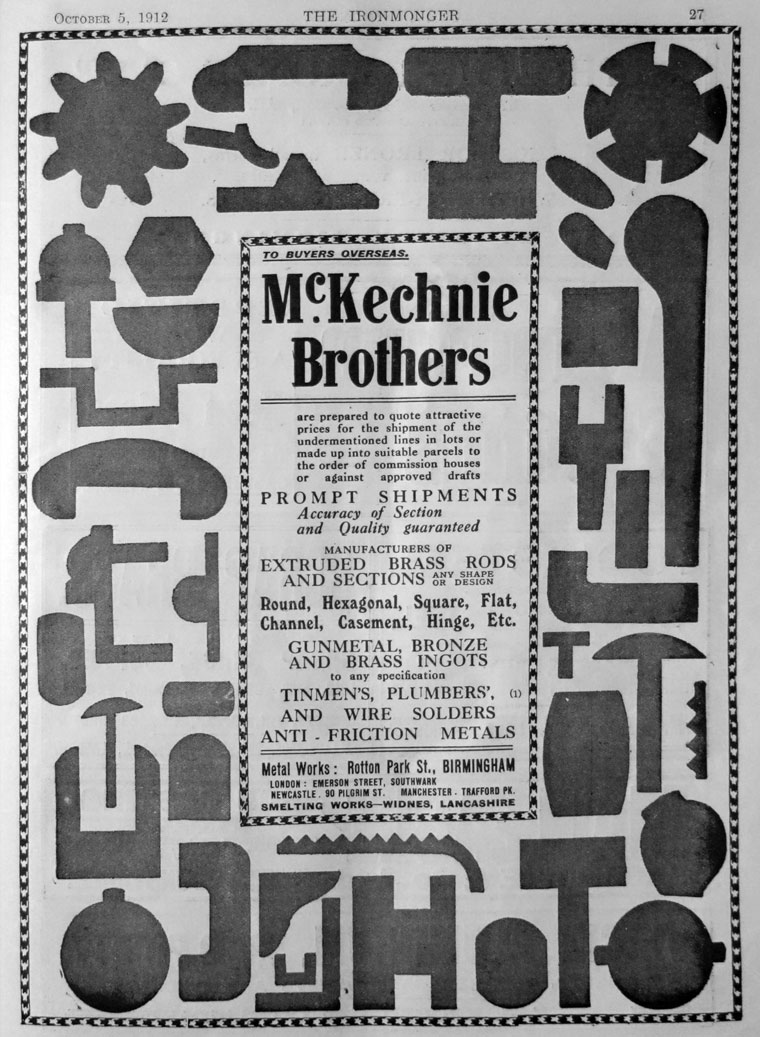 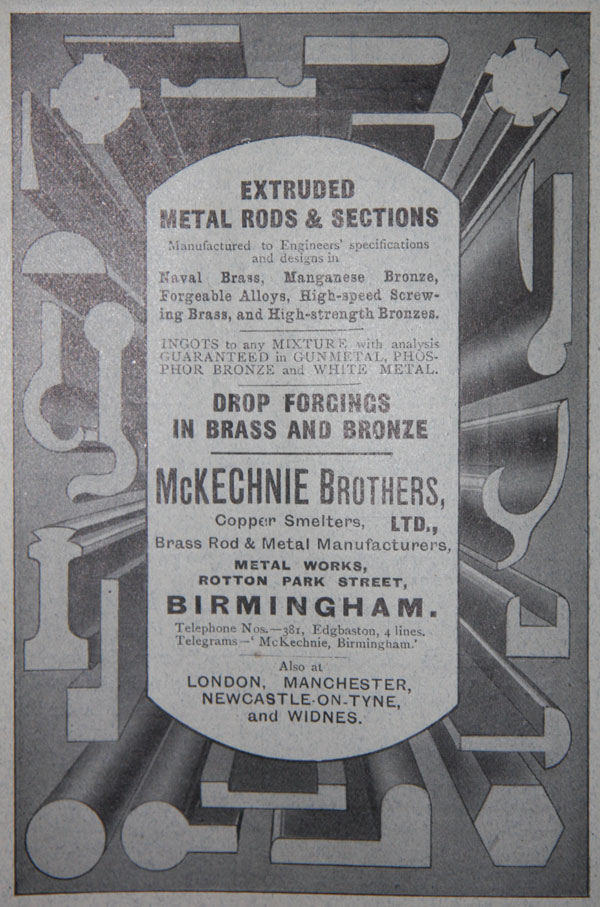 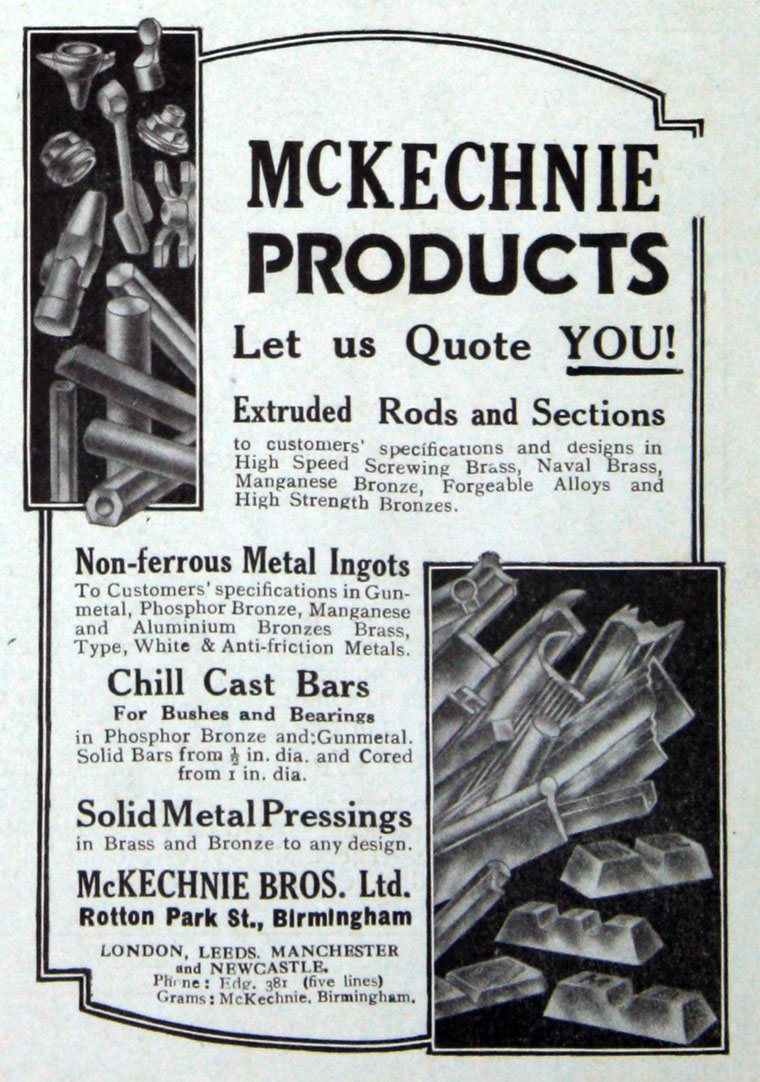 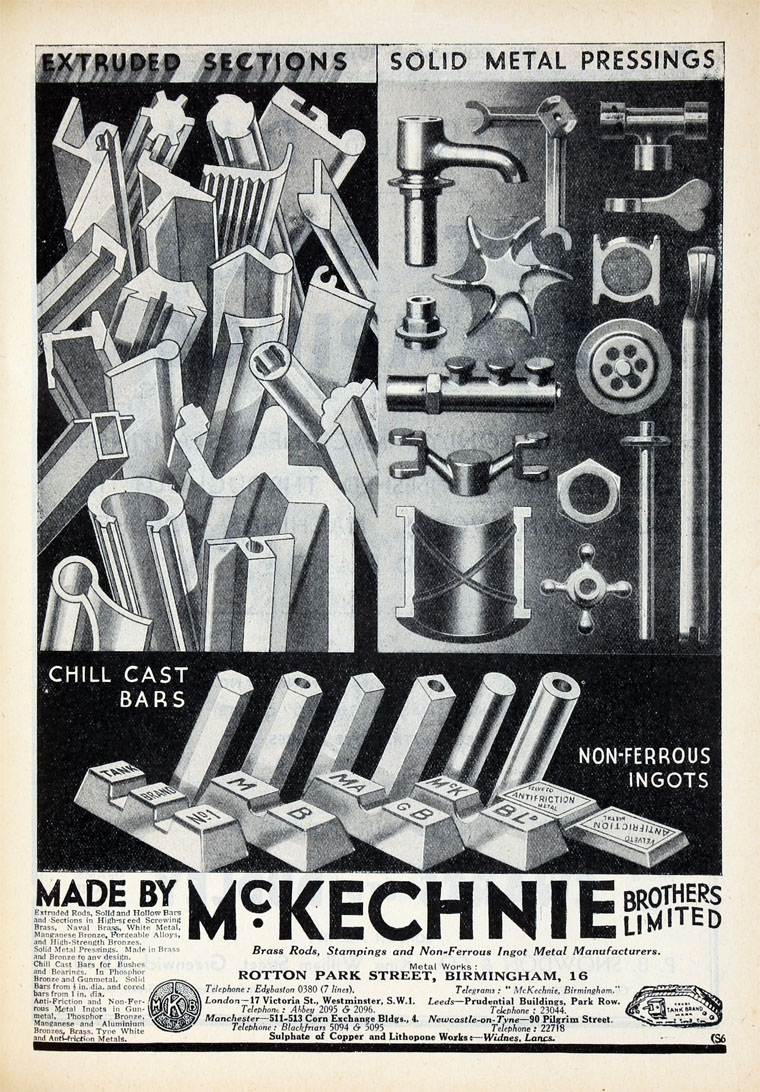 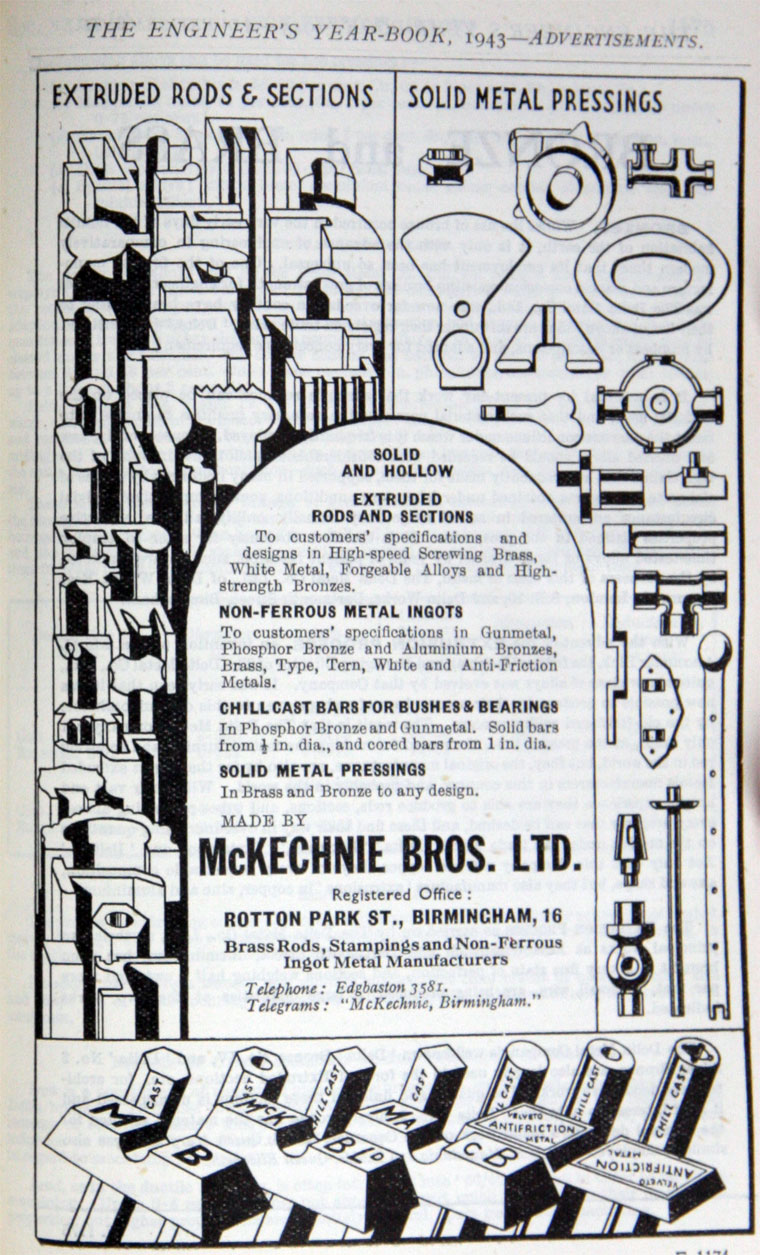 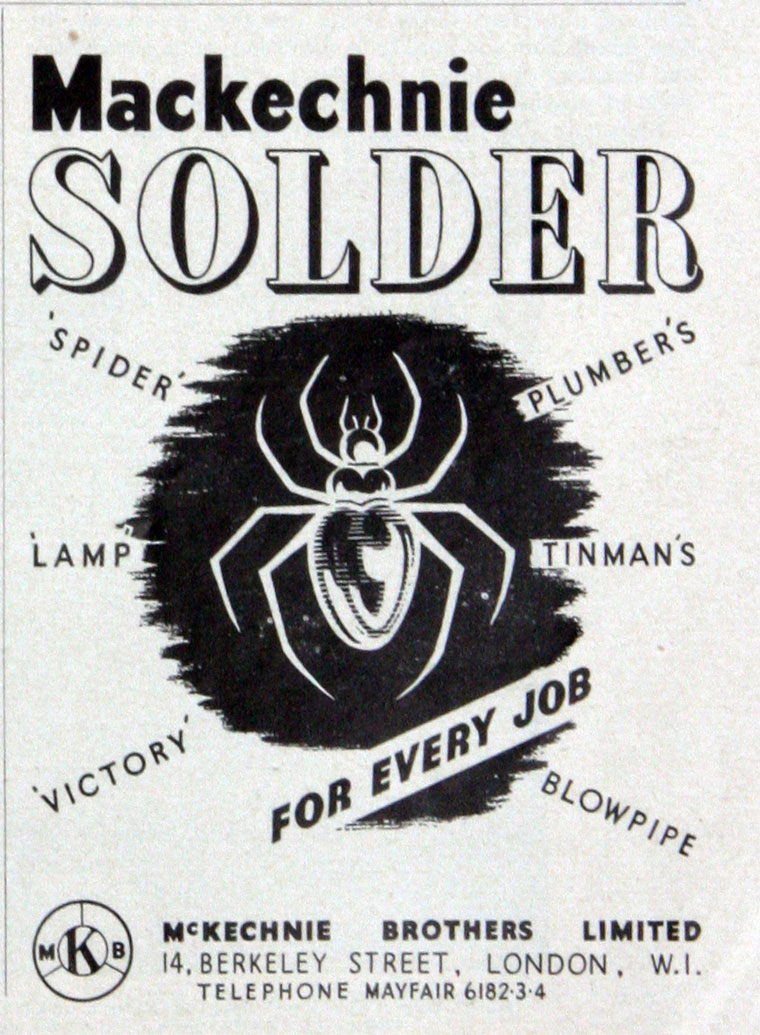 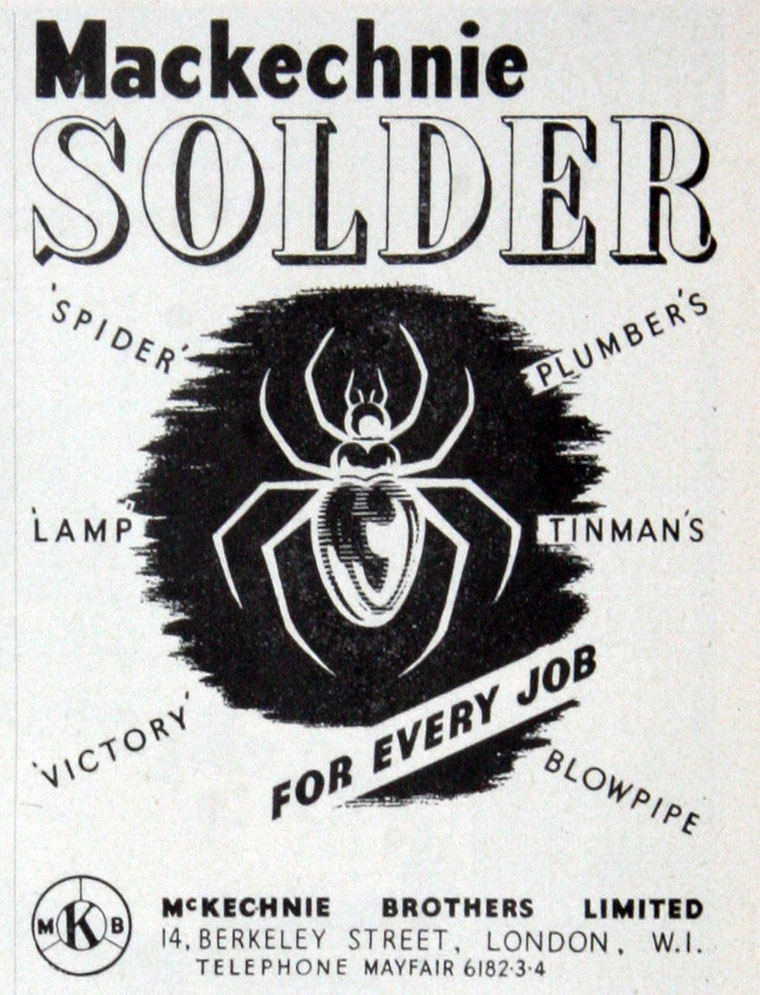 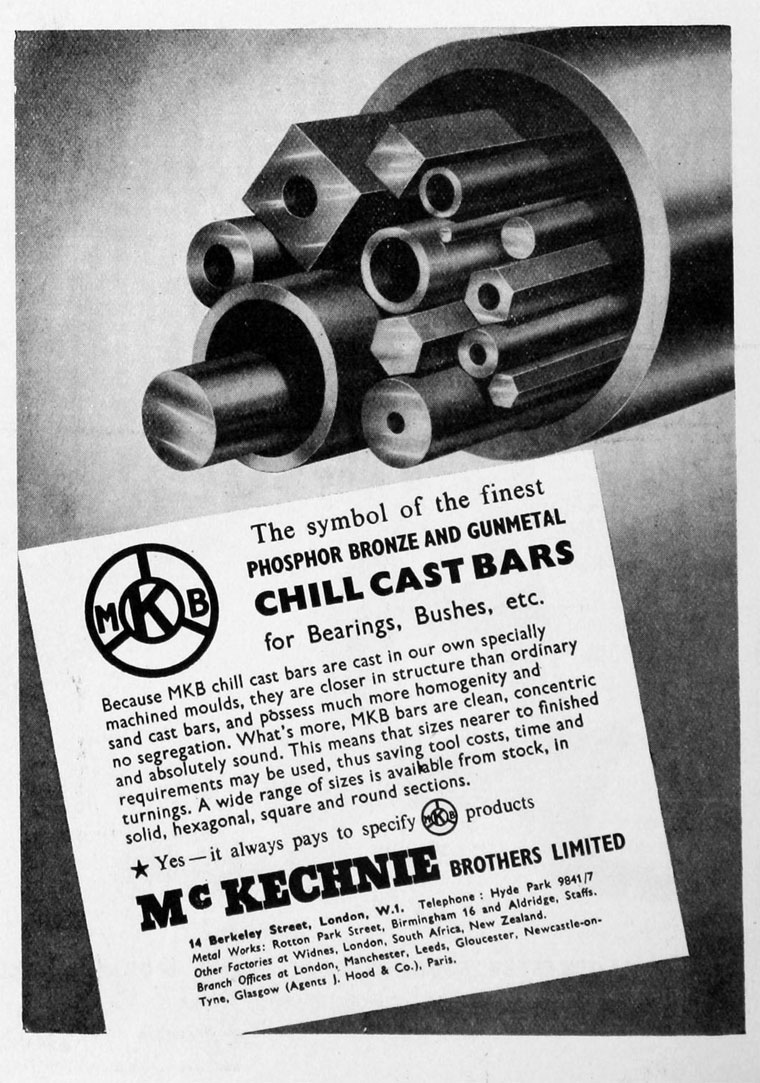 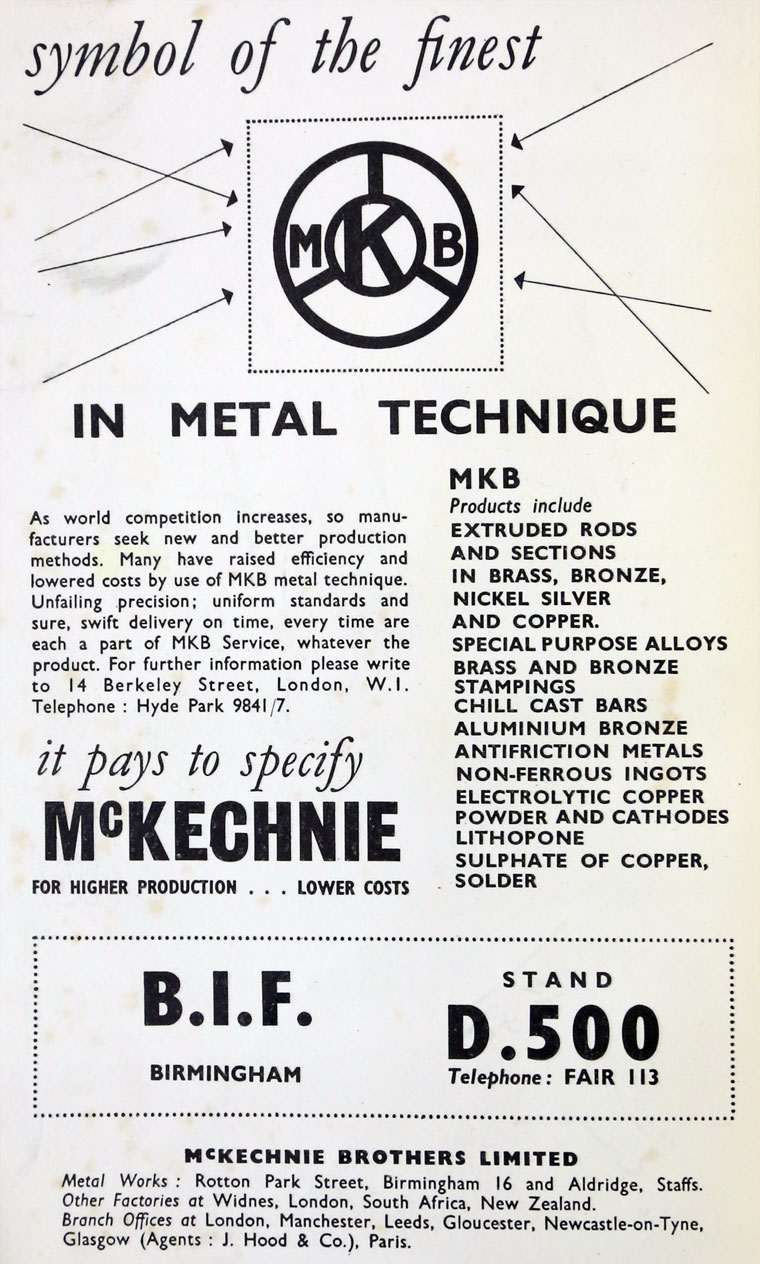 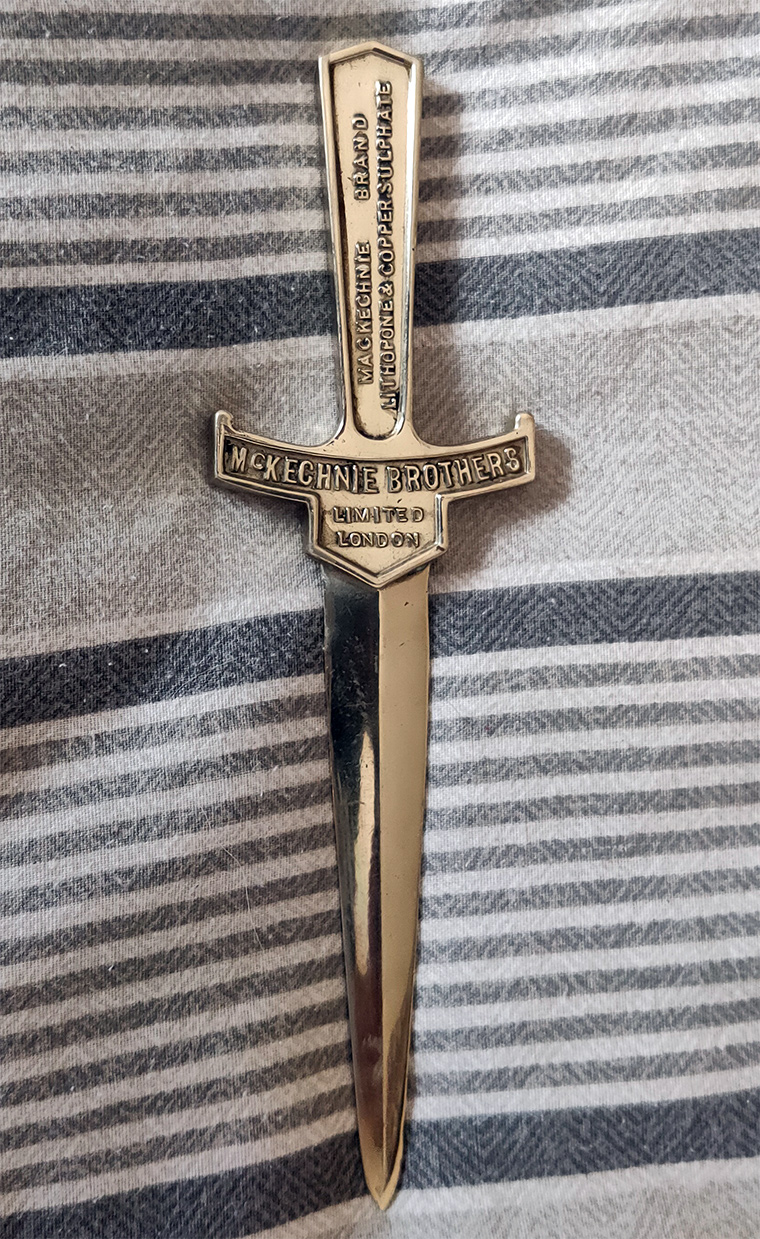 Metal merchants and producers of copper sulphate, titanium sponge and other materials, of Rotton Park Street, Birmingham; of Widnes.

1891 Two of Duncan's sons, Daniel and Alexander McKechnie formed a partnership in copper and silver refining in Widnes.

1909 The brass ash plant was moved to Trafford Park, Manchester and replaced with foundry equipment moved from Blaydon-on-Tyne.

1956 Public offer of shares[3] but the family continued to hold 70 percent of the shares. Worcester Brass Co maker of brass hinges, was a subsidiary.

1959 Transferred the brass extrusion plant to the new factory built in Aldridge.

1960 The new subsidiary Aluminium Die Castings (Birmingham) Ltd had not yet made a profit but was expected to do so soon. The Stratford plant making solder was profitable as was Worcester Brass Co[5]

2007 Part of the Group, McKechnie Aerospace, was sold by Melrose[12]