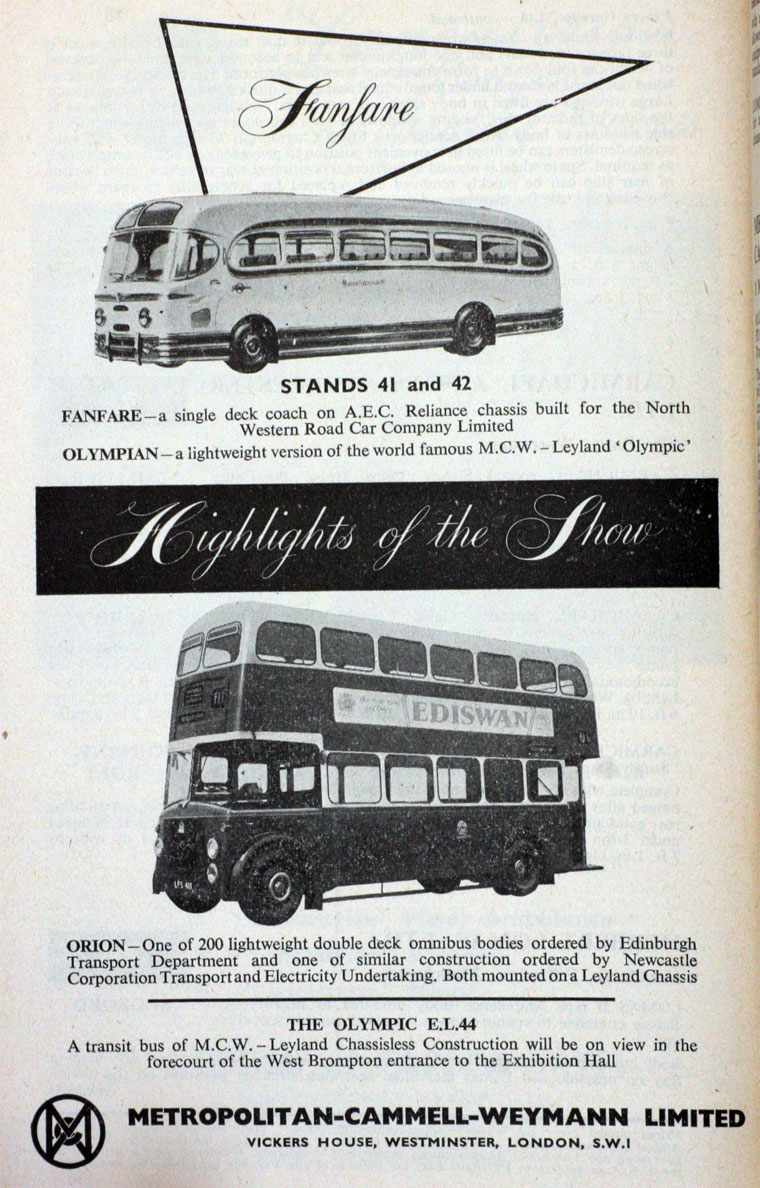 1948 Leyland Motors and the MCW sales organisation concluded a twenty-year agreement that they would exclusively collaborate on integral designs and favour one another with body-on-chassis business. Their idea was that an underframe comprising durable Leyland engines and other mechanical units would be permanently attached to a similarly heavy-duty body structure. This idea became the Leyland/MCW Olympic and was built over three series from 1949.

1966 Weymann's factory in Addlestone was closed. The Metro-Cammell and Weymann brand names were dropped in the same year.

1970 After a financial crisis, the parent company, Cammell Laird, was renamed as Laird Group; it also held 50 percent of the shipbuilding business (the government took on the other 50 percent), as well as the other activities of the former company.

1989 the Laird group decided to sell its bus and rail divisions. No buyer for the complete group could be found so each product was sold separately. The Metrorider was bought by Optare who relaunched it as the MetroRider; the Metrobus design was bought by DAF (chassis) and Optare (body), who jointly reworked it into the Optare Spectra. The Metroliner design was acquired by Optare though not pursued. The Metrocab was bought by Reliant. Metro Cammell's rail division and the Washwood Heath factory went to GEC Alsthom (now Alstom).