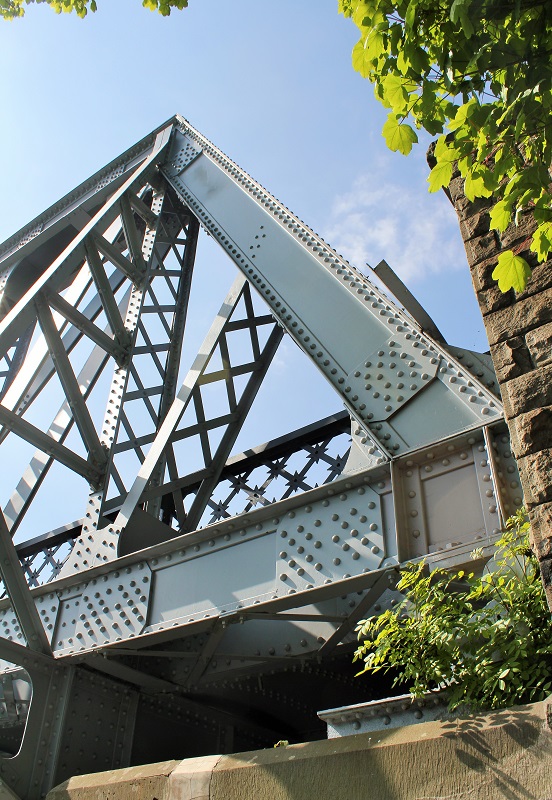 This utilitarian steel bridge was constructed by Andrew Handyside and Co of Derby and opened in 1905, replacing an earlier wrought iron bridge.

Despite its name and appearance, it is and has always been a road bridge, carrying the Midland Bridge Road (B3118) across the River Avon in the centre of Bath. The original bridge was built c.1870 to provide access from the south side of the river to the Midland Railway's new Bath Green Park. 100 yds to the north is the former railway bridge which took the Midland Railway and Somerset and Dorset Joint Railway lines into the station. This is now a road bridge.

The c.1870 bridge was sold in 1905 and re-erected further downstream to serve a refuse destructor, acquiring the name 'Destructor Bridge'. This was demolished in 2016 and replaced by a nicely-finished, wider, stronger bridge[1]. The old bridge was of wrought iron lattice girder construction. Its admittedly limited eye-appeal was enhanced by the addition of some ornate iron castings at the end of each girder. It is hoped that these castings have been preserved.