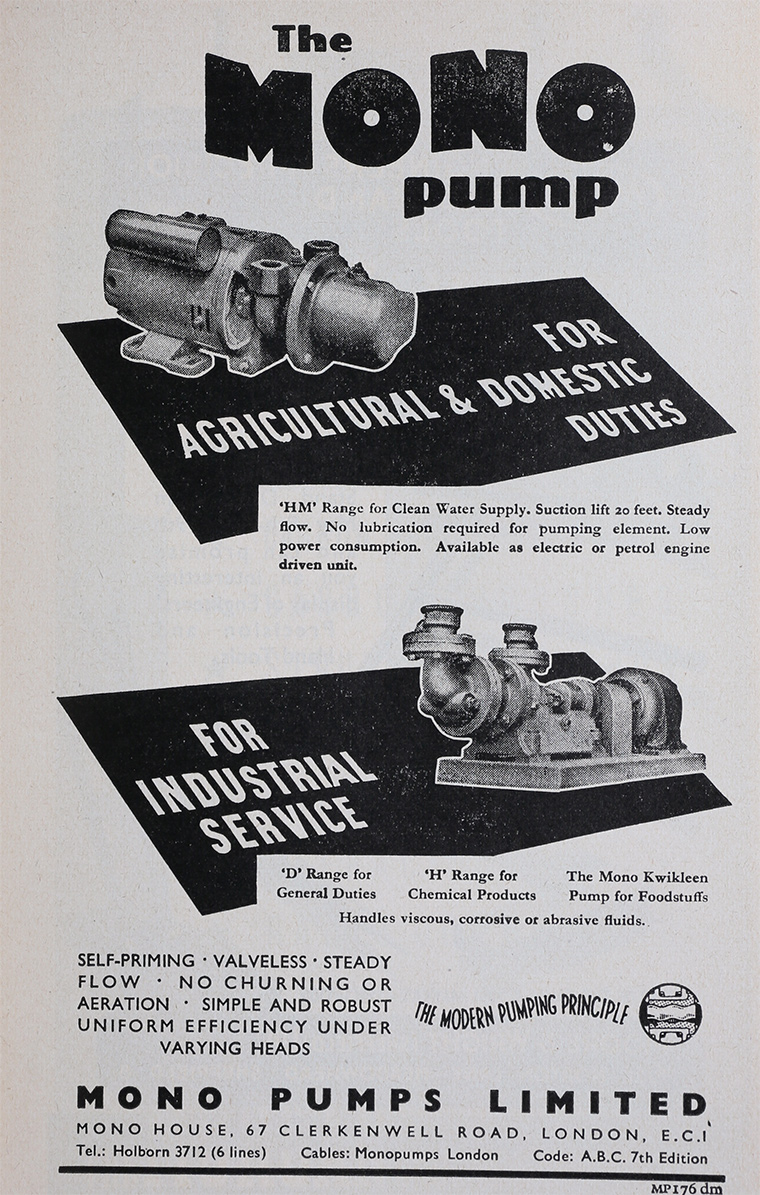 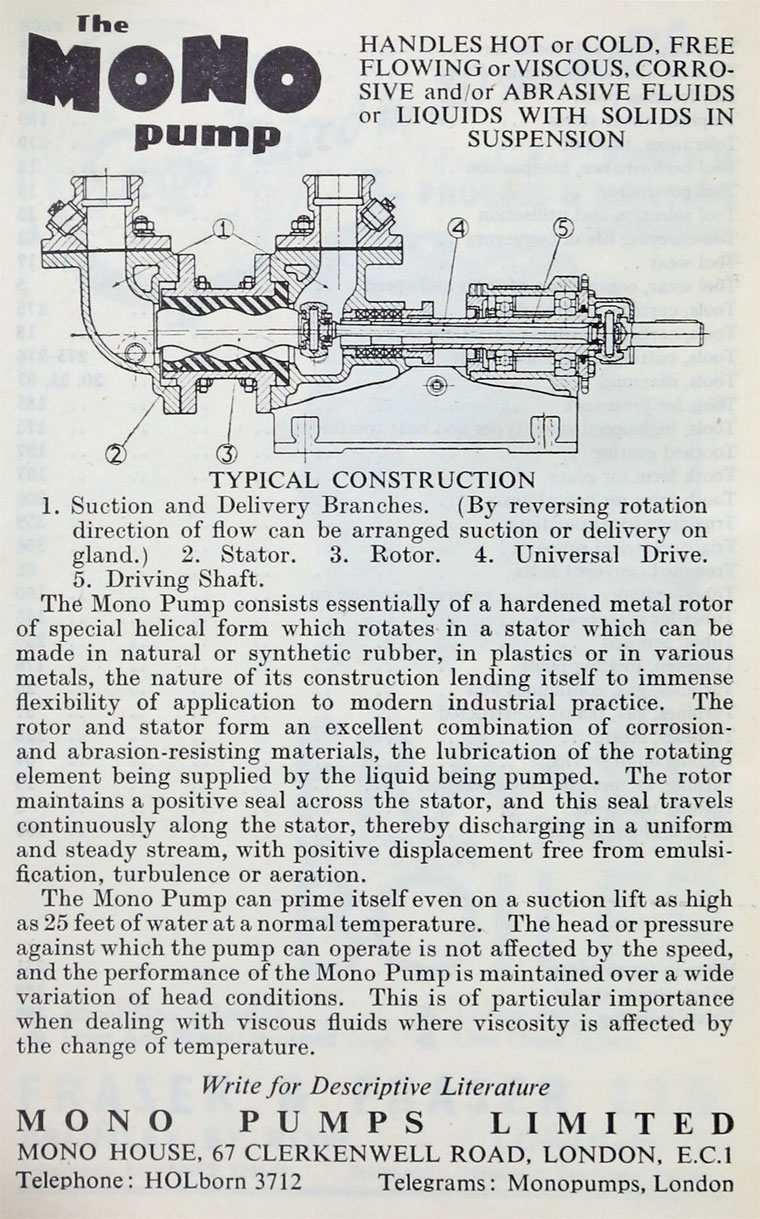 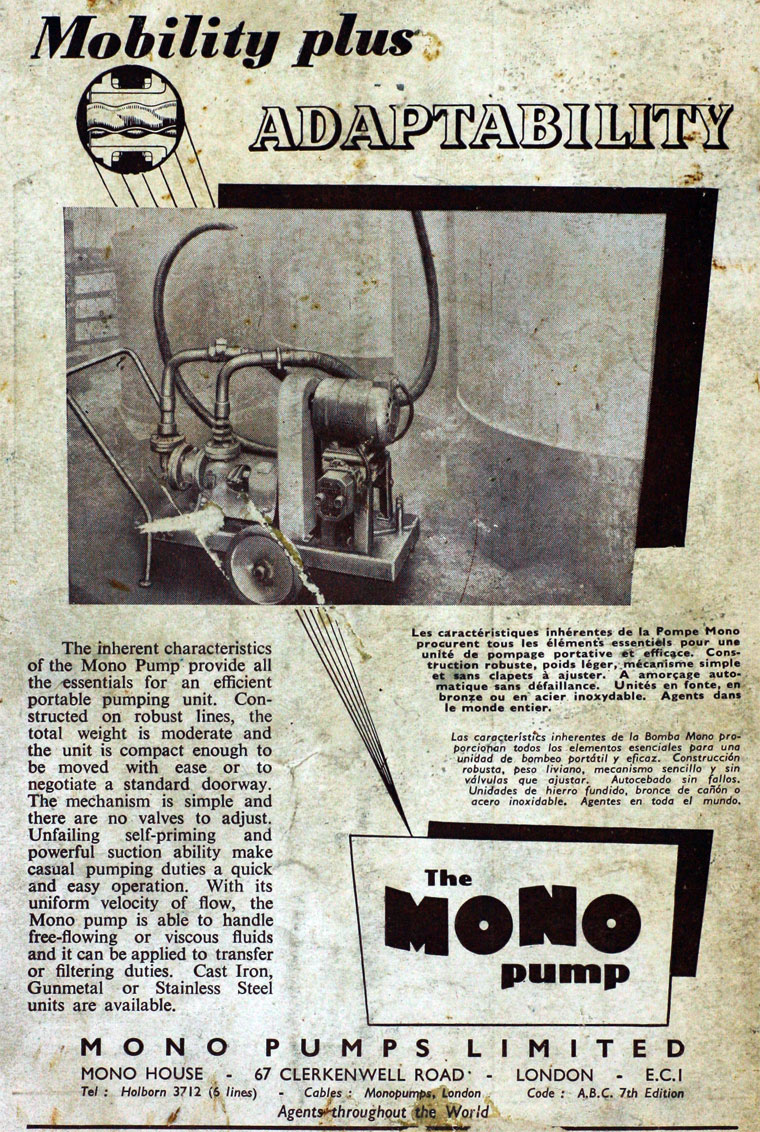 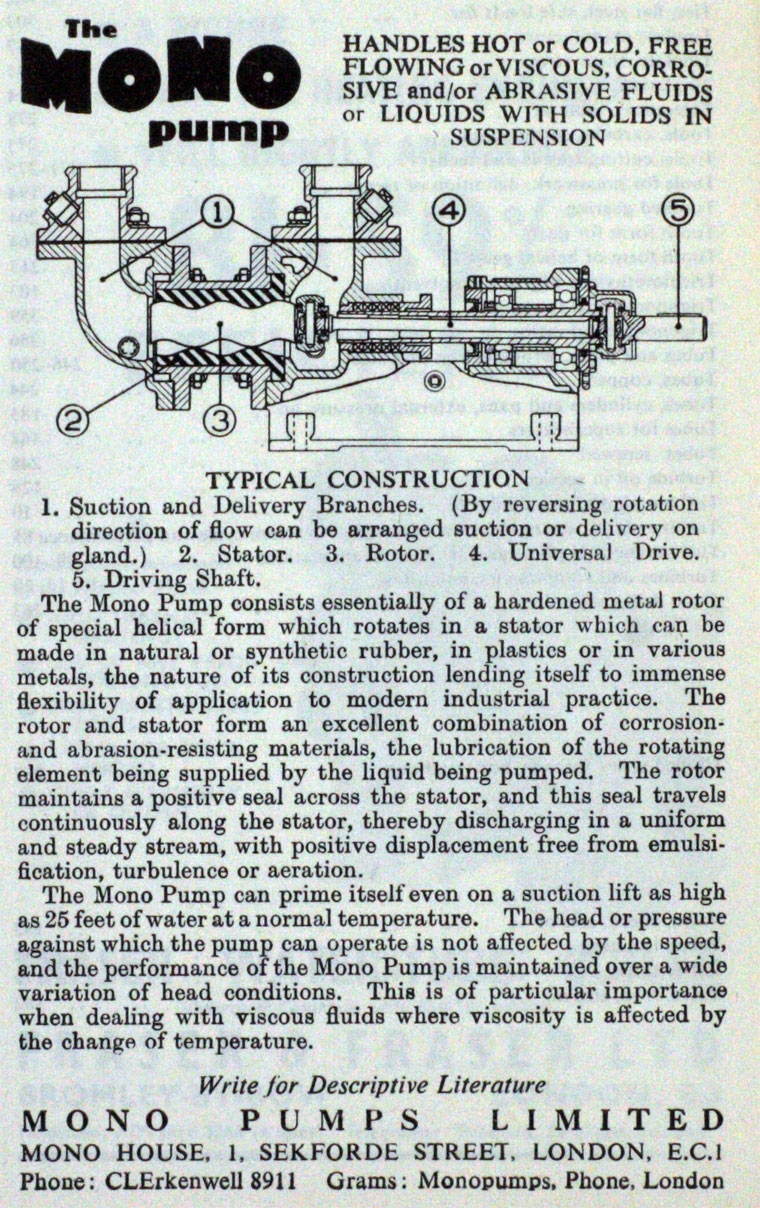 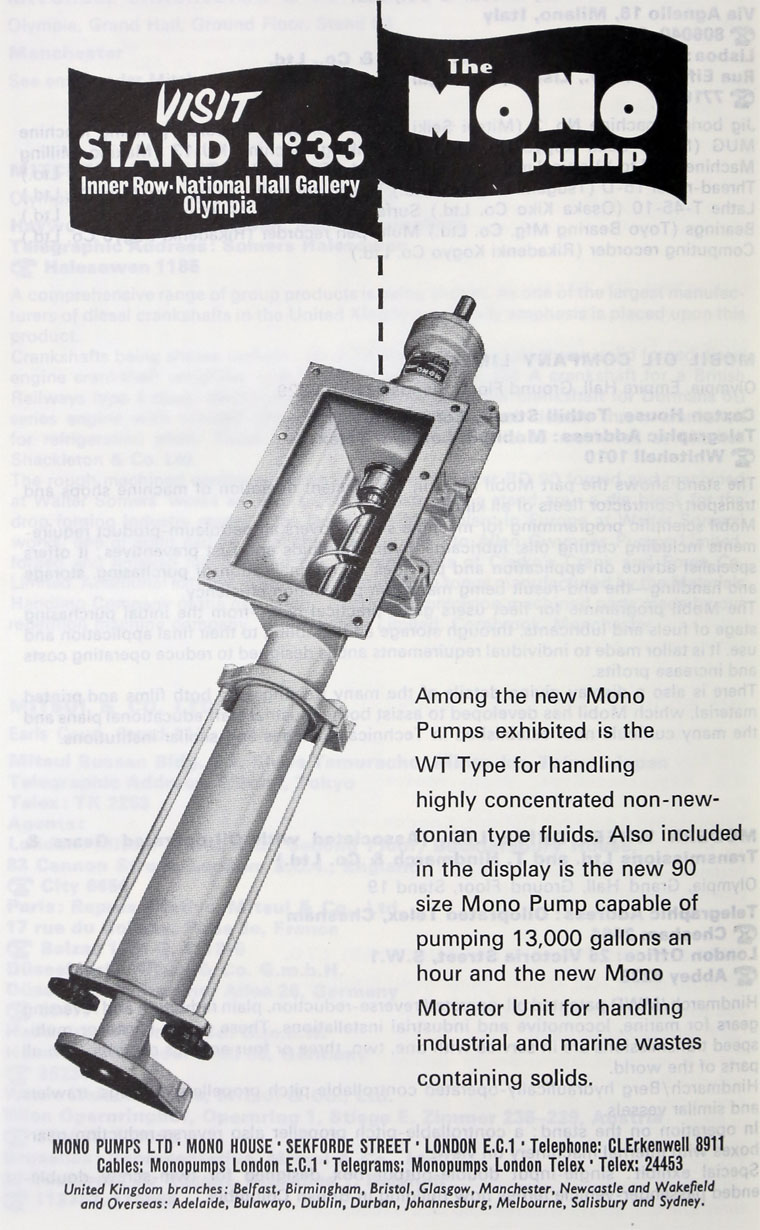 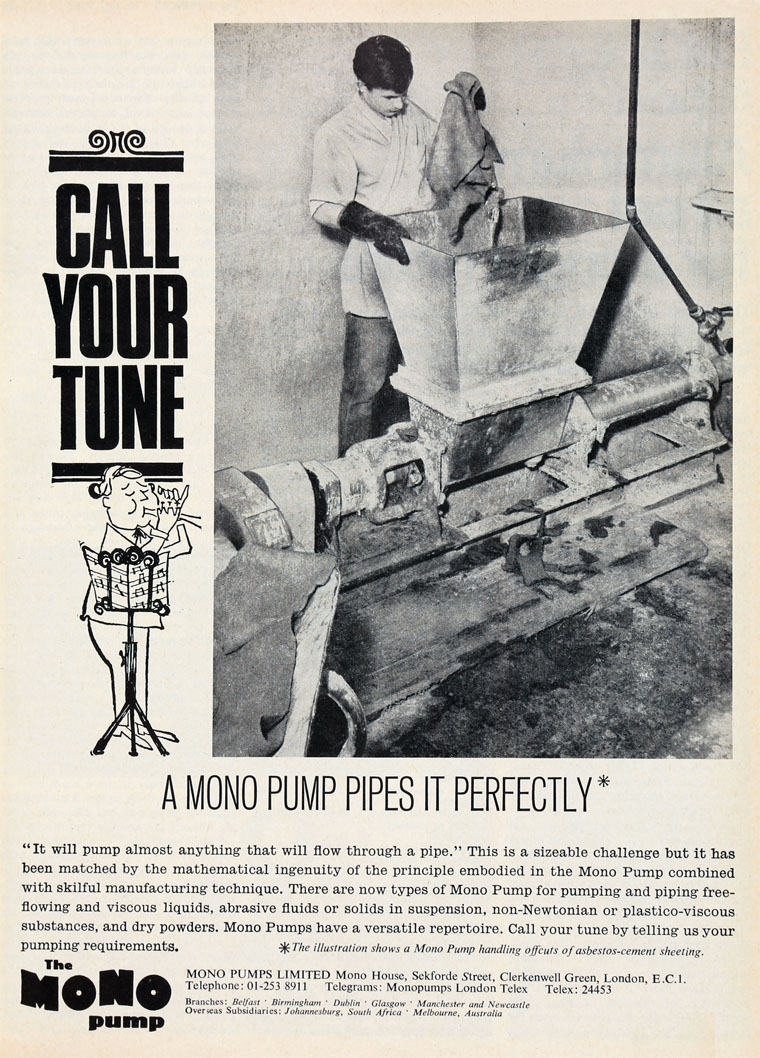 of Guide Bridge, Audenshaw near Manchester.

1944 Acquired by Gallaher Ltd in order to ensure that company could re-equip its factories after the War[2].

1956 Bid for Larmuth and Bulmer which was accepted by the directors[3]. Mono Pumps was a subsidiary of Gallaher Ltd.

1962 Disposed of Larmuth and Bulmer to Winget Gloucester[4].

1967 Mono Pumps (Engineering) Ltd was formed to promote the manufacture and sale of small sewage plant and associated pumps[5].

1971 Acquired F. A. Hughes and Co from BP, extending Mono's business in dosing and proportioning pumps[7].

1972 Acquired E. T. Oakes Ltd, makers of continuous mixing machinery for the food and chemical industries, with its subsidiary Stainless Steel Pumps, makers of positive lobe pumps which were sold to the same markets at Mono's[8]. The vendor was the US E. T. Oakes Corporation[9].

1973 The various pumps businesses in Gallahers were brought together as Mono Group.