Grace's Guide is the leading source of historical information on industry and manufacturing in Britain. This web publication contains 148,516 pages of information and 233,947 images on early companies, their products and the people who designed and built them. 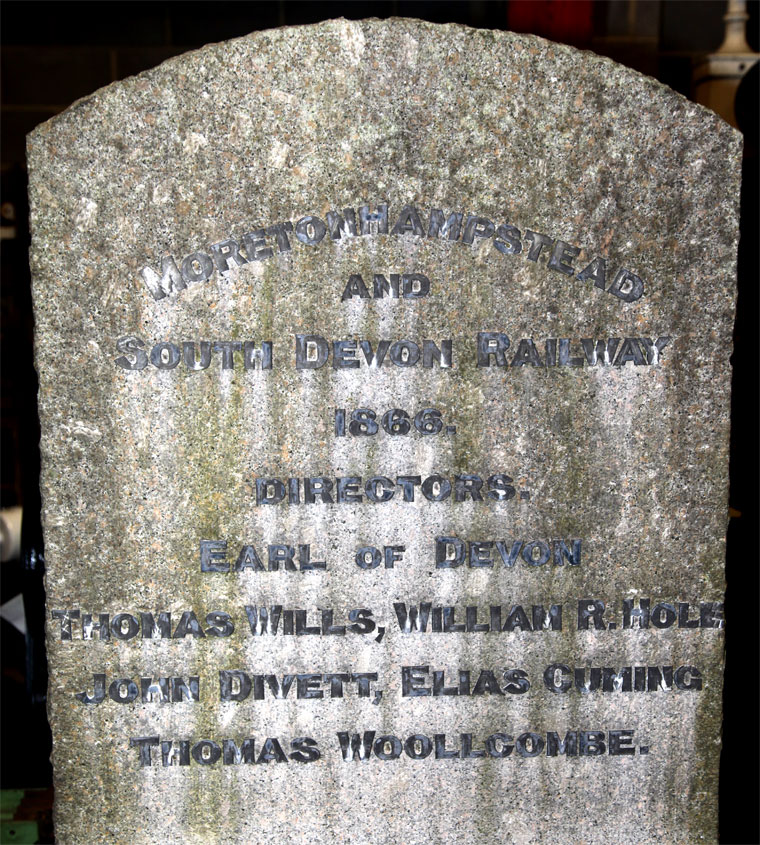 1866. Exhibit at the National Railway Museum.

The railway opened on 26 June 1866, the last passenger trains ran on 28 February 1959, regular goods trains continuing until 6 April 1964. The last special passenger train ran up to Bovey Tracey on 5 July 1970. Oil and china clay trains continue to operate occasionally on the south section of the line below Heathfield (Devon) railway station.

1862 Moretonhampstead and South Devon Railway authorised by Act of Parliament

1872 Amalgamated with the South Devon Railway