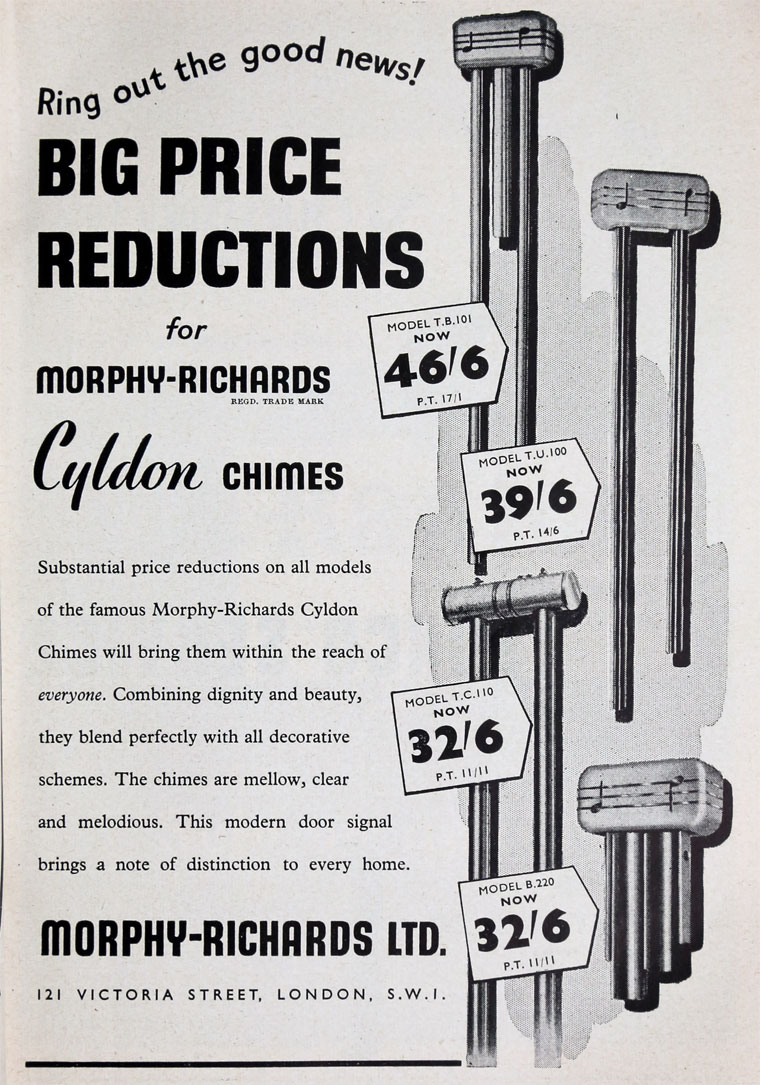 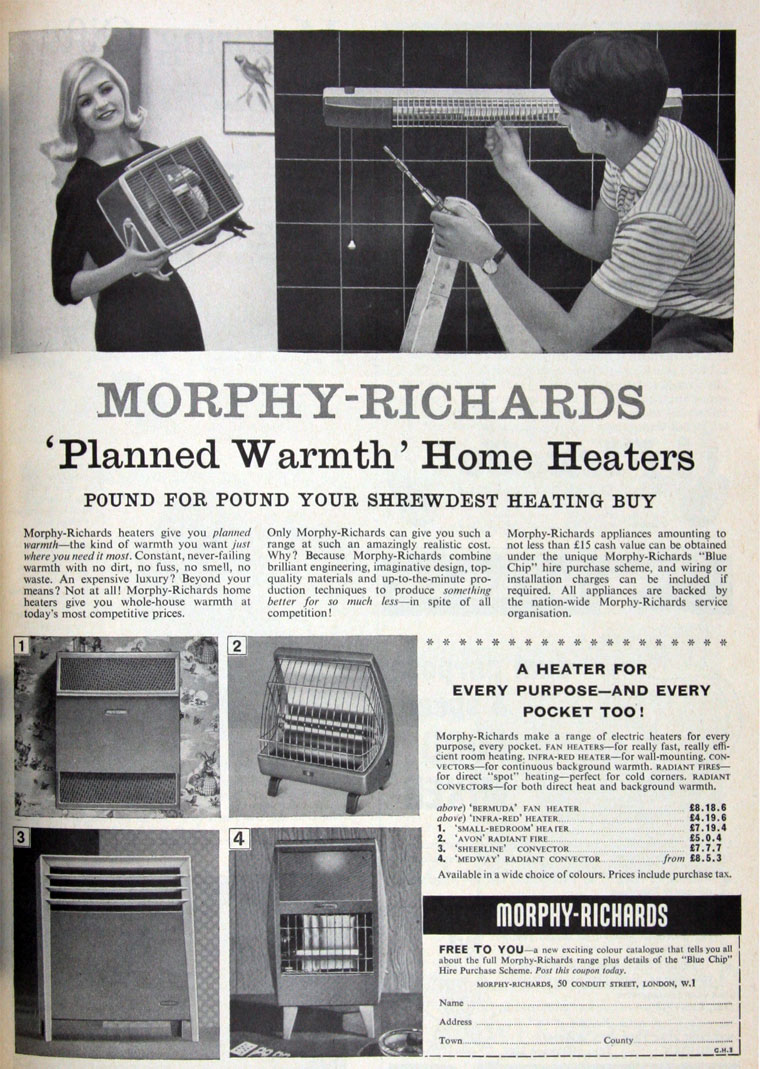 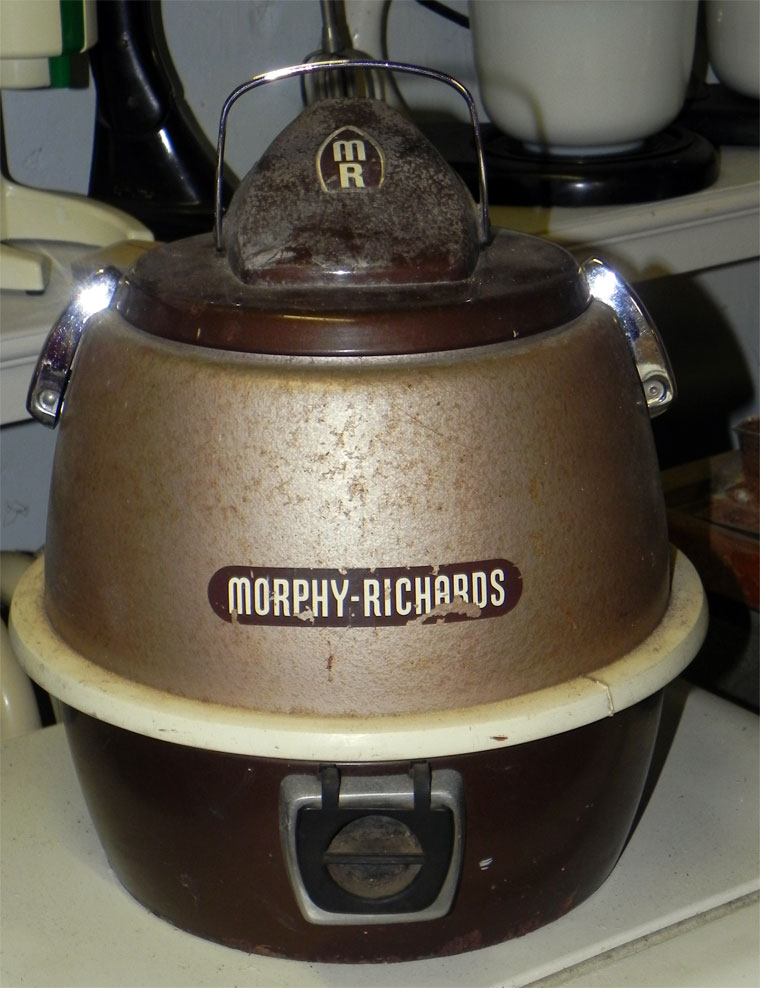 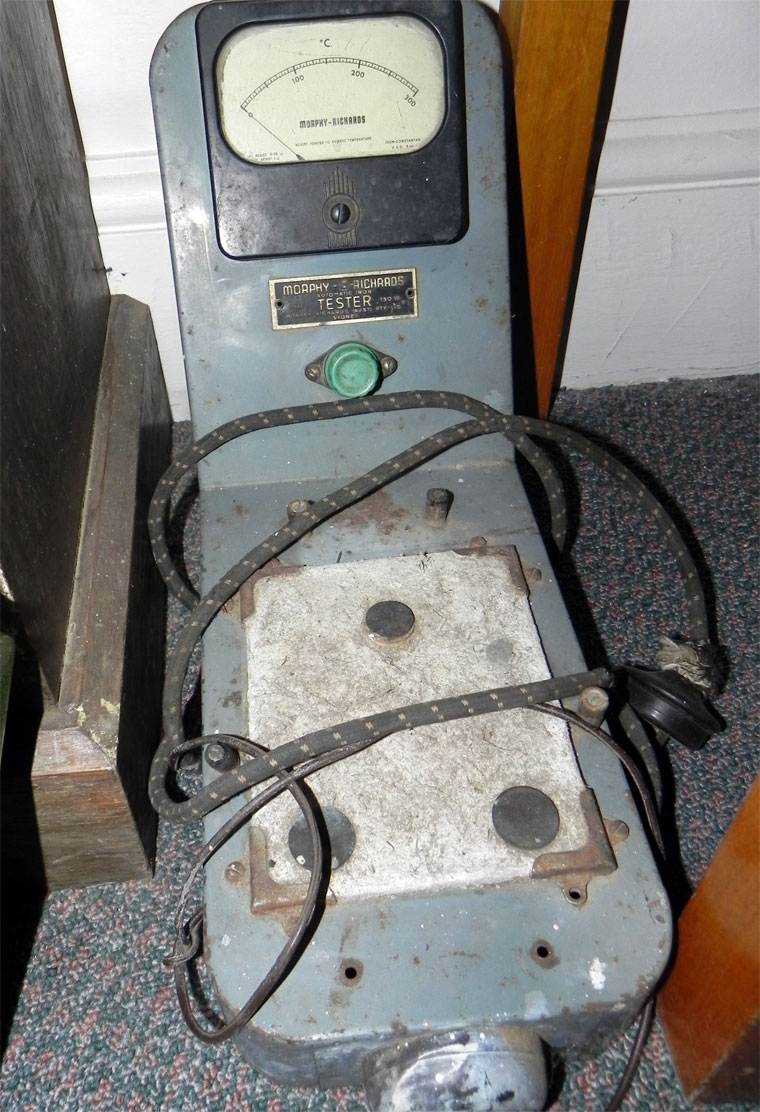 Specialist in the manufacture of toasters, hairdryers, bread makers, kettles and sandwich toasters and other appliances. In its early stage it also made refrigerators and washer-dryers.

1936 Donal Morphy and Charles Richards formed the company on July 8th 1936 in St Mary Cray in Kent. Richards had been sales manager for Sydney S. Bird and Sons and knew the market; Morphy designed the products.

1949 produced their first automatic toaster which used a bi-metallic strip.

1953 produced their first hairdryer; claimed to have 90% of the market six years later.

By 1957, they were the UK's leading provider of electric blankets. 40% of products were exported and overseas subsidiaries were established in Canada, Australia and South Africa. Morphy did not like the huge expansion of the company but Richards thought it was too slow.

1960 Morphy sold his share of the company to EMI.

1966 AEI and EMI formed British Domestic Appliances to bring together their Hotpoint and Morphy-Richards subsidiaries[3]. The domestic appliance manufacture was moved to the Swinton Works at Mexborough

In the 1970s, BDA were the UK's largest manufacturer of domestic appliances.

1975 BDA changed its name to Hotpoint, with small domestic appliances marketed under the Morphy-Richards name.