1899. Mors Model A Petit Duc. Exhibit at the Shuttleworth Collection. 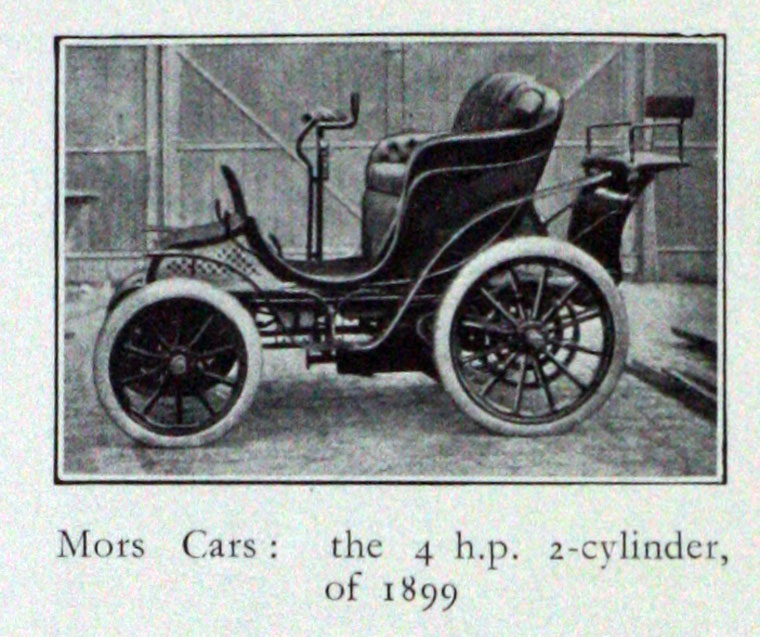 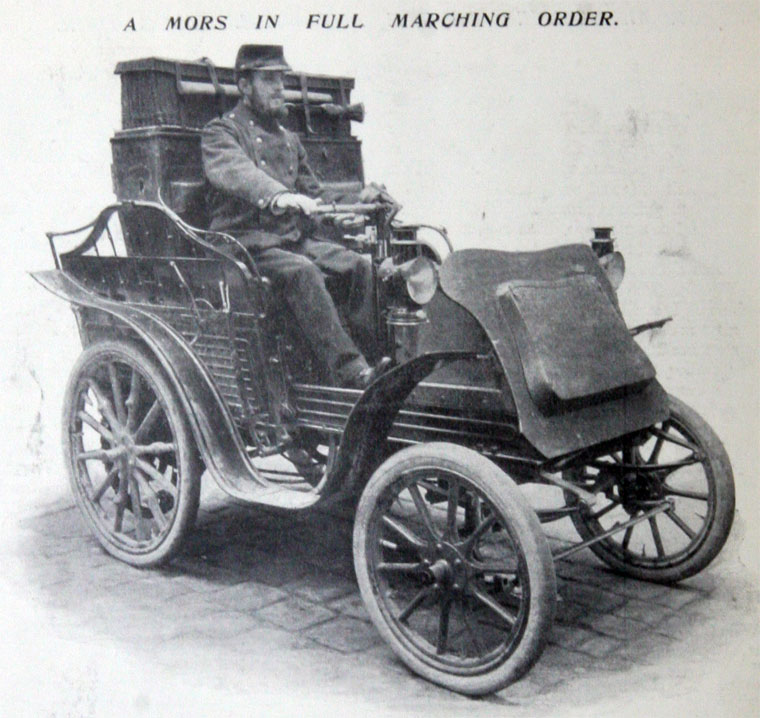 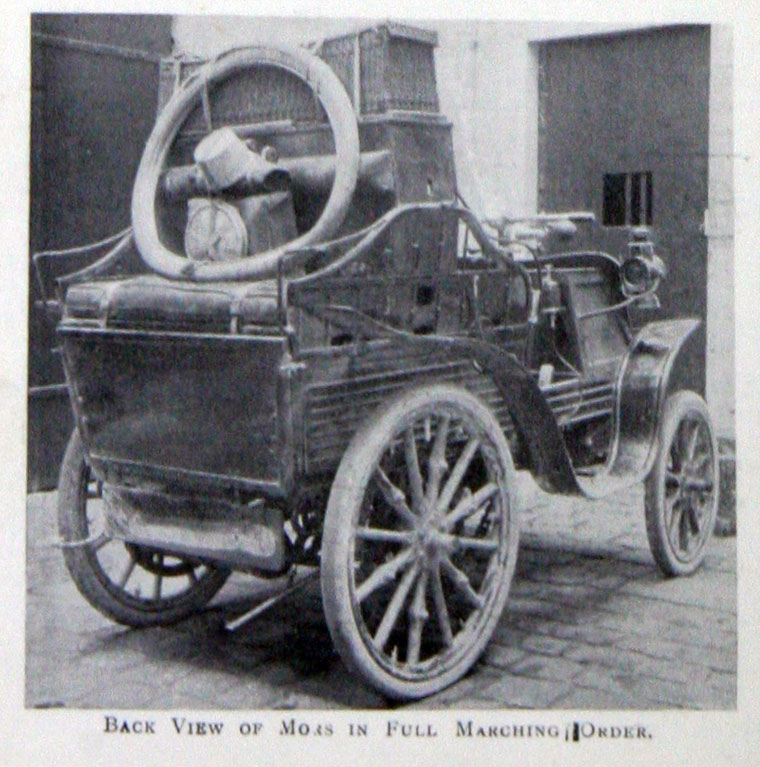 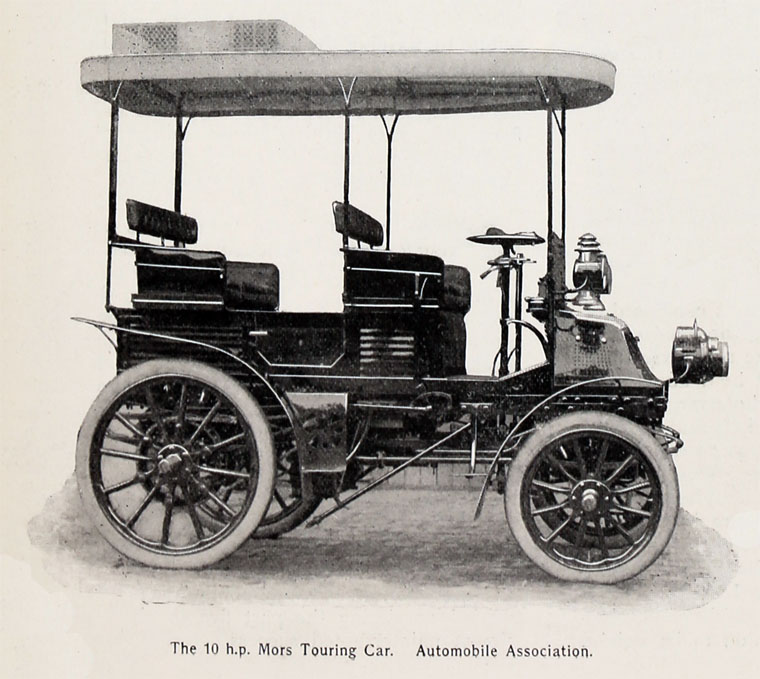 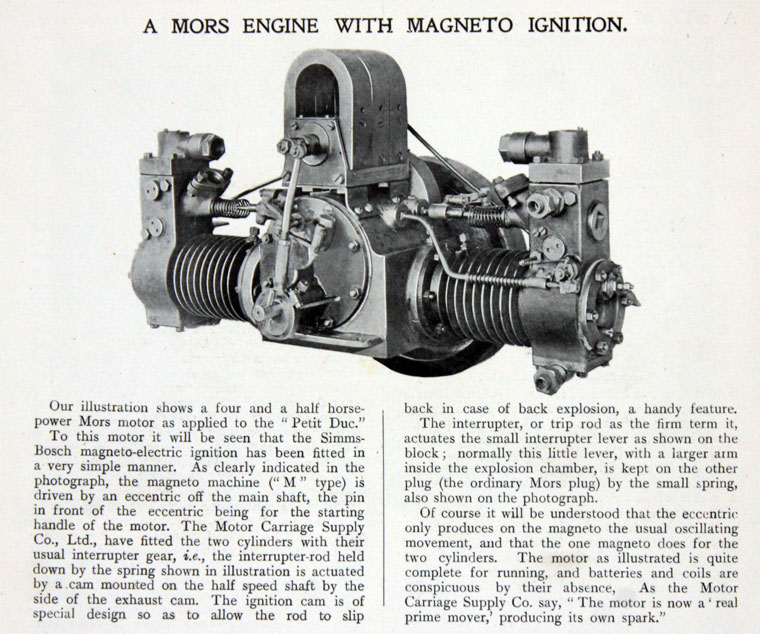 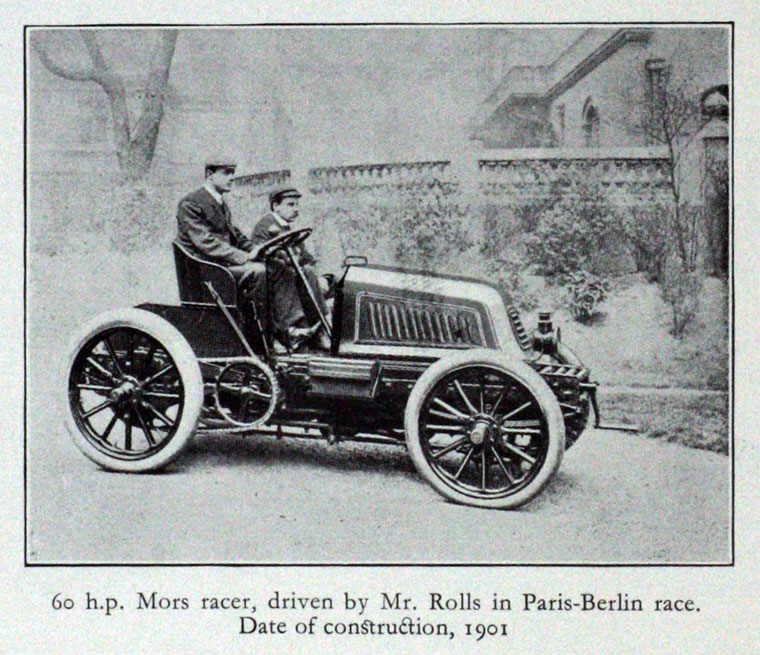 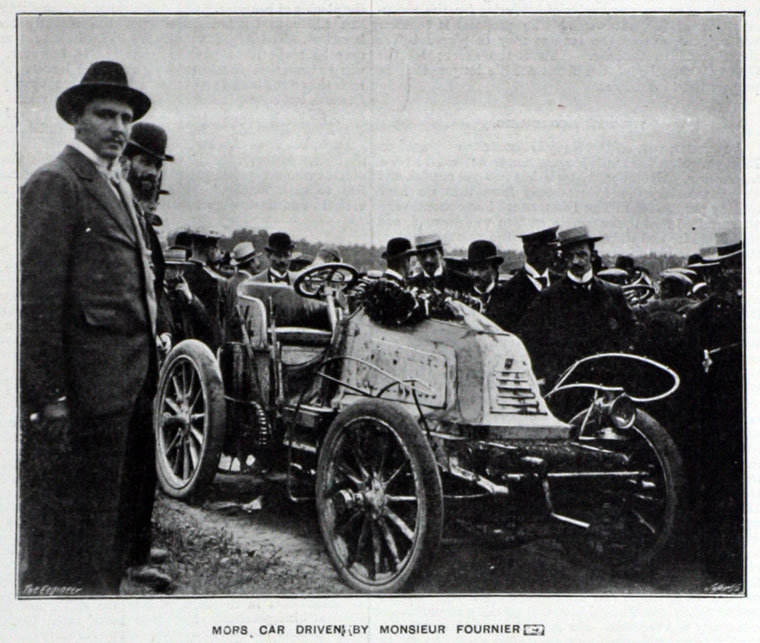 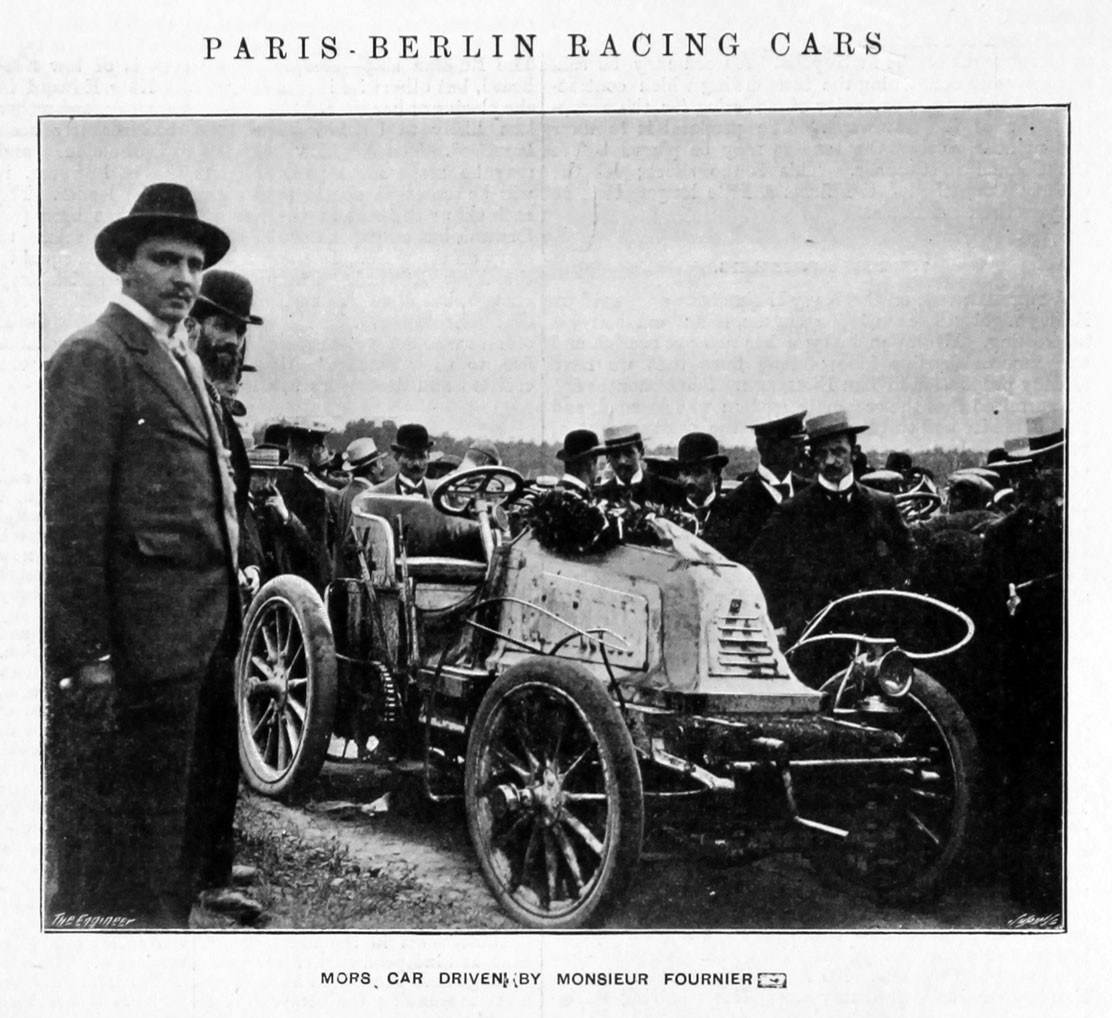 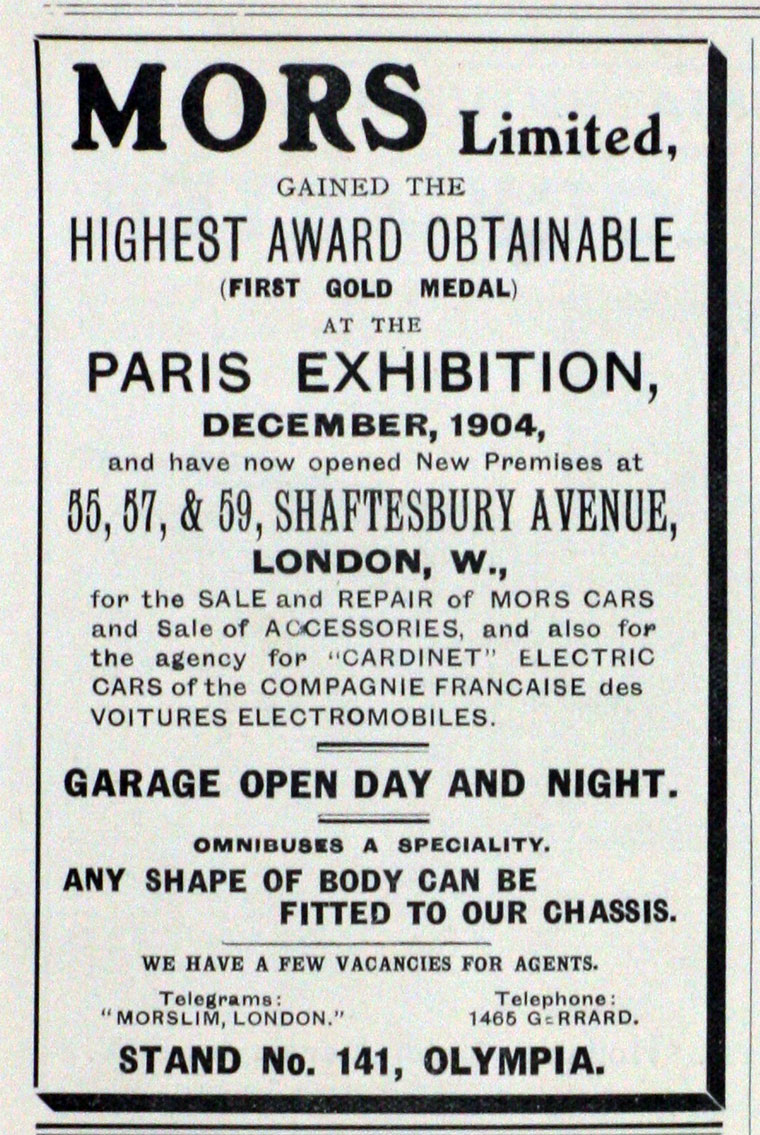 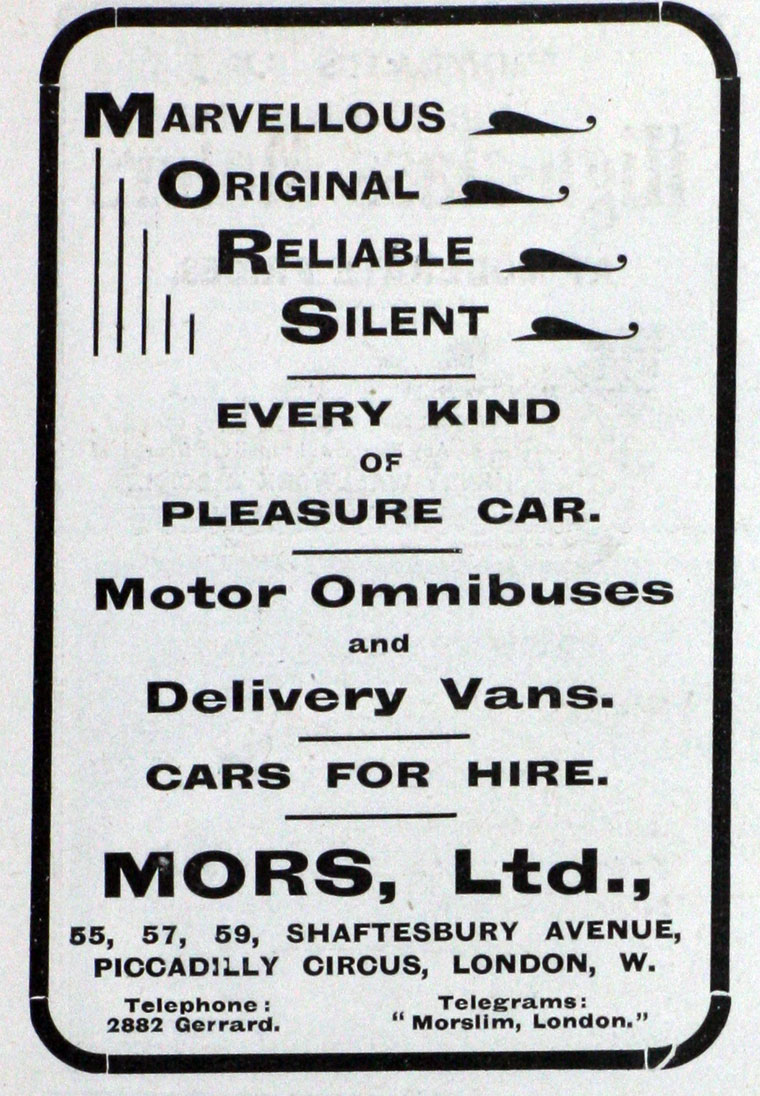 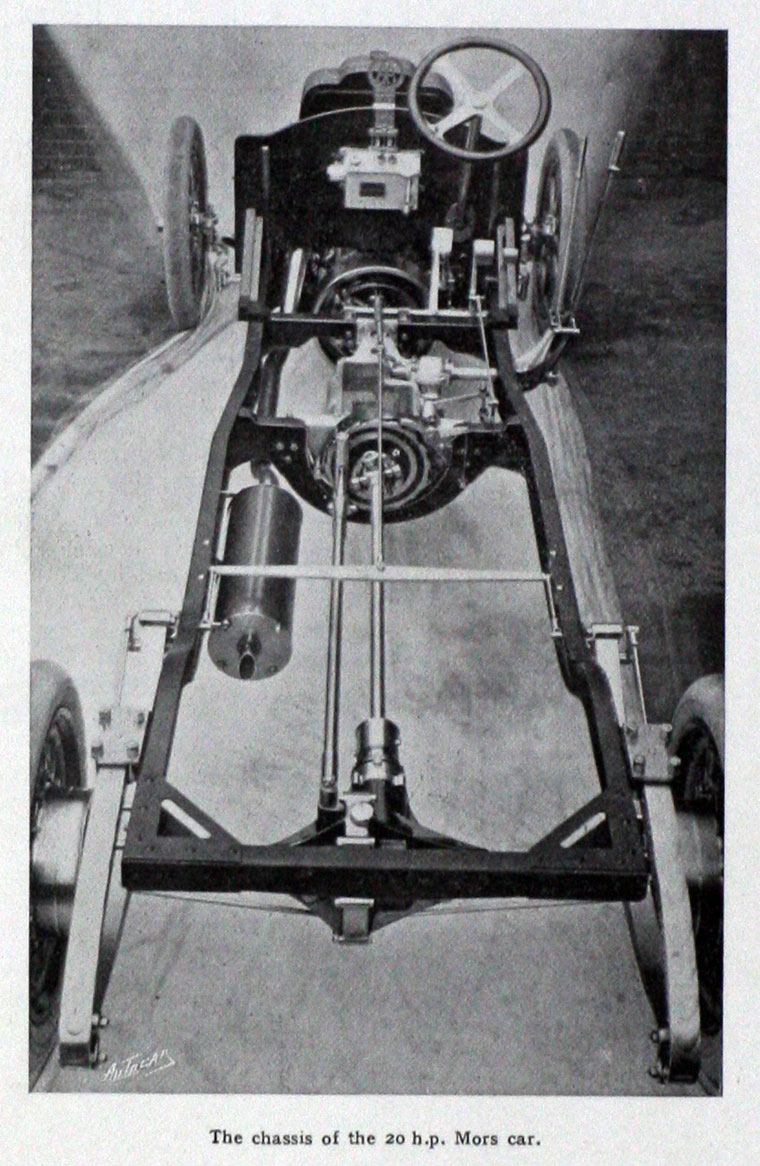 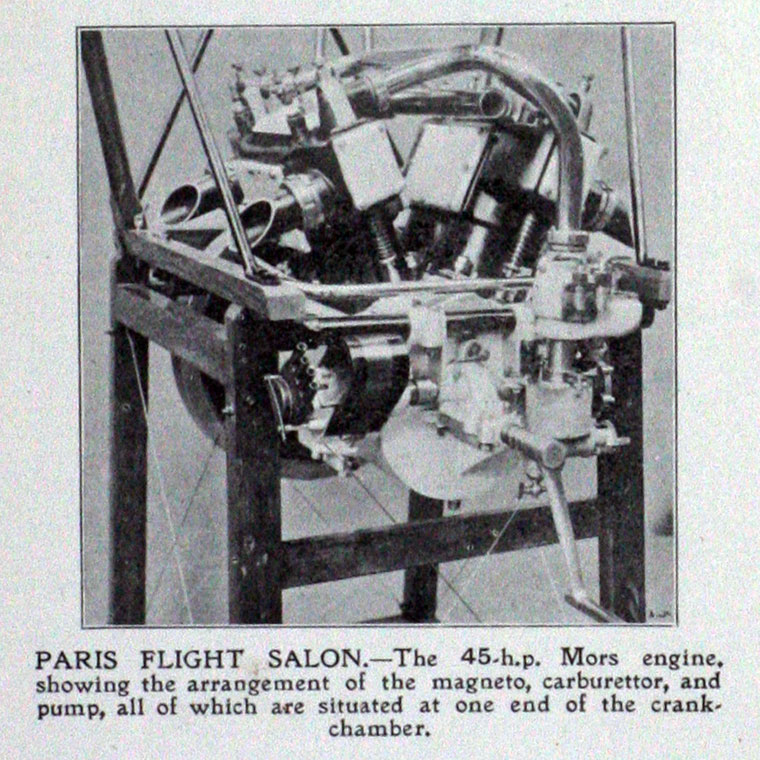 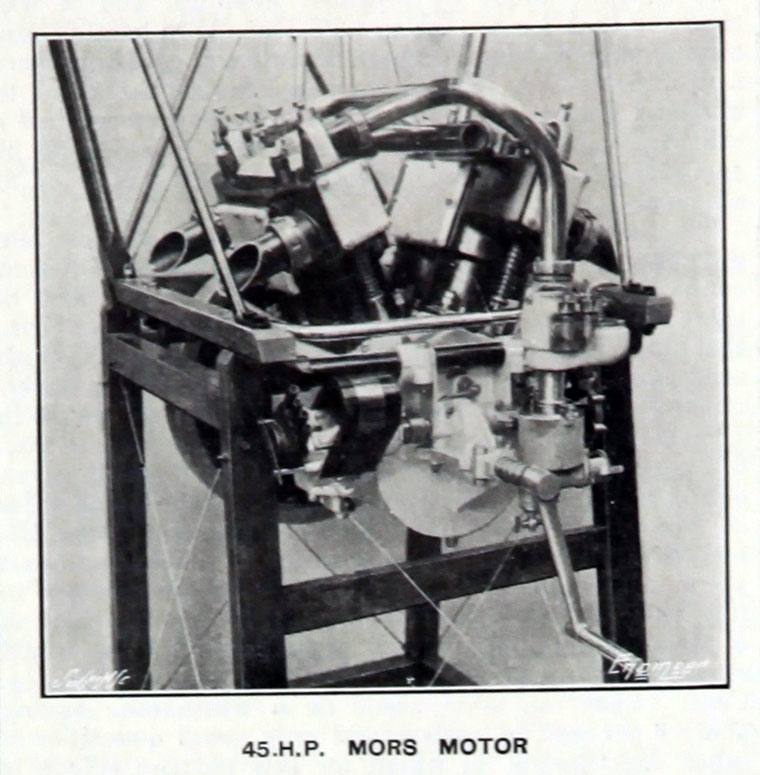 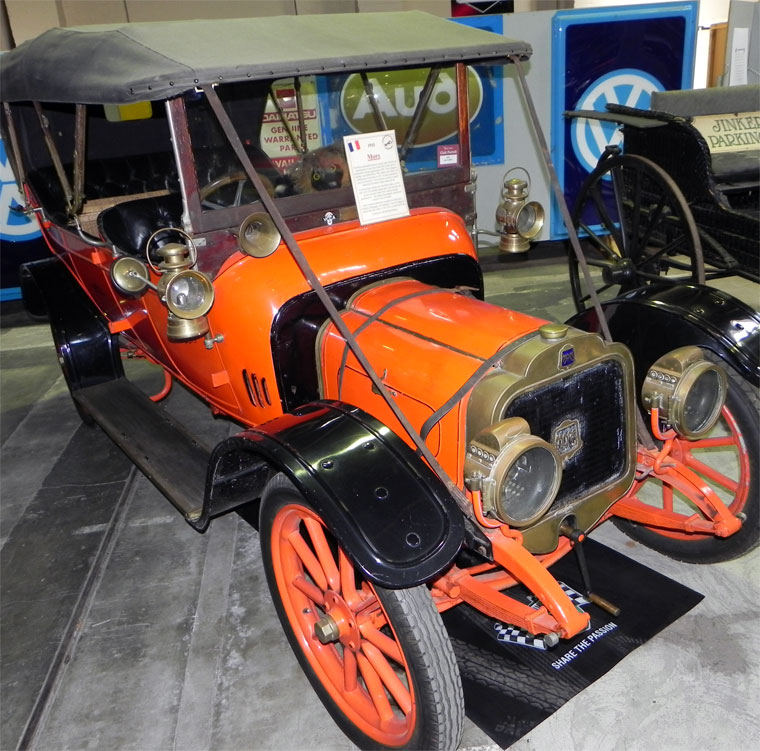 The Société d'Automobiles Mors of Paris was founded (date unclear).

The Emile Mors automobile factory was an early car manufacturer, and one of the first to take part in automobile racing, beginning in 1897, due to the belief of the company founder, Emile Mors, in racing's technical and promotional benefits. By the turn of the century, automobile racing had become largely a contest between Mors and Panhard.

Mors was one of the first automobiles to use the V-engine configuration. The Mors 60 horsepower Grand Prix car was powered by a 10 litre V4 side valve engine, with magneto ignition, which could reach 950 rpm. The car had a steel chassis and a four-speed transmission which drove the rear wheels via chain drive, and rear-wheel brakes.

1900 A branch was opened in London. The Roadway Autocar Co were their agents.

1902 Mors added dampers (shock absorbers) to their cars, which represented a great leap forward given the quality of the roads and racetracks at the time. With this car, Henri Fournier was able to win the highly significant Paris-Berlin race, with the drive chain breaking immediately afterwards.

1906 The firm was incorporated as a limited company.

André Citroën became chairman of Mors in 1908 and restored the company's viability.

Plans to return to auto-racing were cancelled due to World War I.

1925 Citroën bought Mors outright and closed it down, using its factory for the production of his Citroën automobiles.