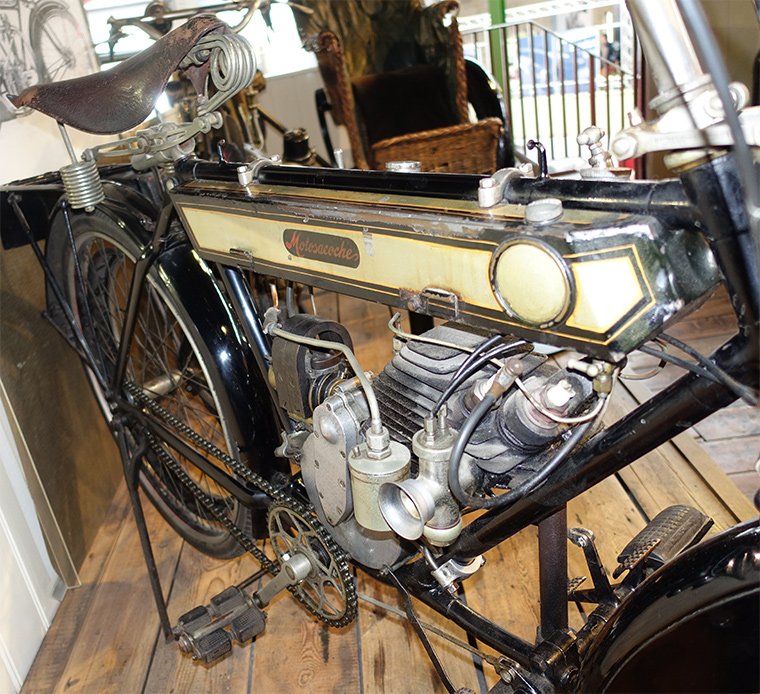 Motosacoche was founded in 1899, by Henri and Armand Dufaux, in Geneva, Switzerland.

Sold in the UK by H. and A. Dufaux

From 1900 Motosacoche produced a bicycle auxiliary engine, in a sub-frame that could be installed into a conventional bicycle. This looked like an engine in a bag, hence the Motosacoche name, meaning "engine in a bag".

In 1910, Royal Enfield used Motosacoche 344 cc 2.75 hp engines in a successful V-twin model. They are reputed to have supplied Triumph, Ariel, Matchless and Brough Superior with engines at times too, first through H. and A. Dufaux and then, by 1912, Motosacoche Ltd (GB), with Osborne Louis De Lissa. Motosacoche had factories in Switzerland, France and Italy, and supplied MAG engines to continental manufacturers including Clement, Condor, Imperia, Neander and Monet-Goyon.

When the Bol d'Or 24-hour event was first held on the outskirts of Paris in 1922, the winning rider covered more than 750 miles on a 500cc Motosacoche.