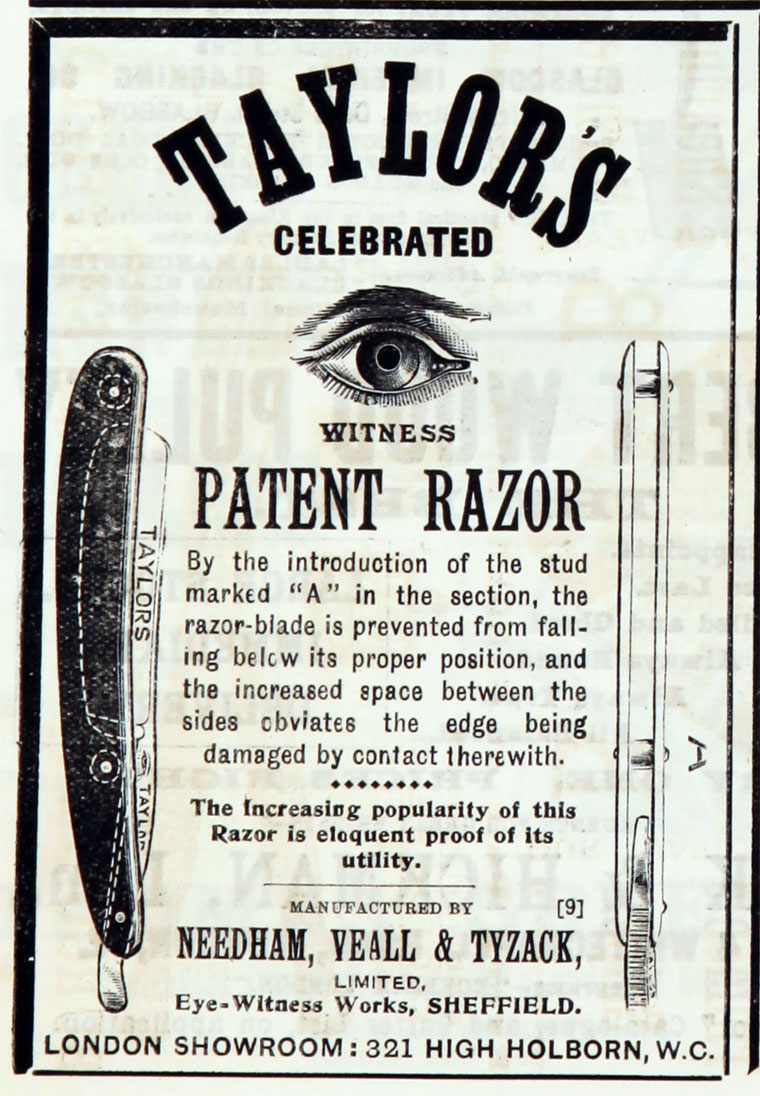 c1820 Company founded by John Taylor at a small workshop in St. Phillip's Road. For many years, business was known as "Eye Witness" Works, Milton Street, Sheffield, and they specialised in pen, pocket and sports-knives.[1]

Walter Tyzack (grandson of William Tyzack, founder of W. Tyzack and Sons), was another partner who joined the business in 1879, and the business was to be then known as Needham, Veall and Tyzack[3]

1854 When John Taylor died in 1854 the business passed to his daughter, who had married a Needham - the spring knife cutlers who lived next door to Taylor. Taylor’s grandson, Edwin Needham, became a chairman of the company. [4]

1897 The company was registered on 27 November, to acquire the business of cutlery and electroplate manufacturers. [5] Walter Tyzack was chairman, James Veall, William C. Veall and Edwin Needham were directors.[6]

1902 Purchased the cutlery business of Joseph Haywood and Co of Glamorgan Works for the factory site only. [8]

1911 Nixon and Winterbottom were moved to Glamorgan Works and joined Michael Hunter and Co which was purchased around this time.[9]

In 1965 the firm was styled as Taylor’s Eye Witness. Ten years later, it was absorbed and is now a division of Harrison Fisher and Co. [13]

Today it is still in the same location and is still Sheffield owned, trading again since 1965 as Taylor’s Eye-Witness. [14]