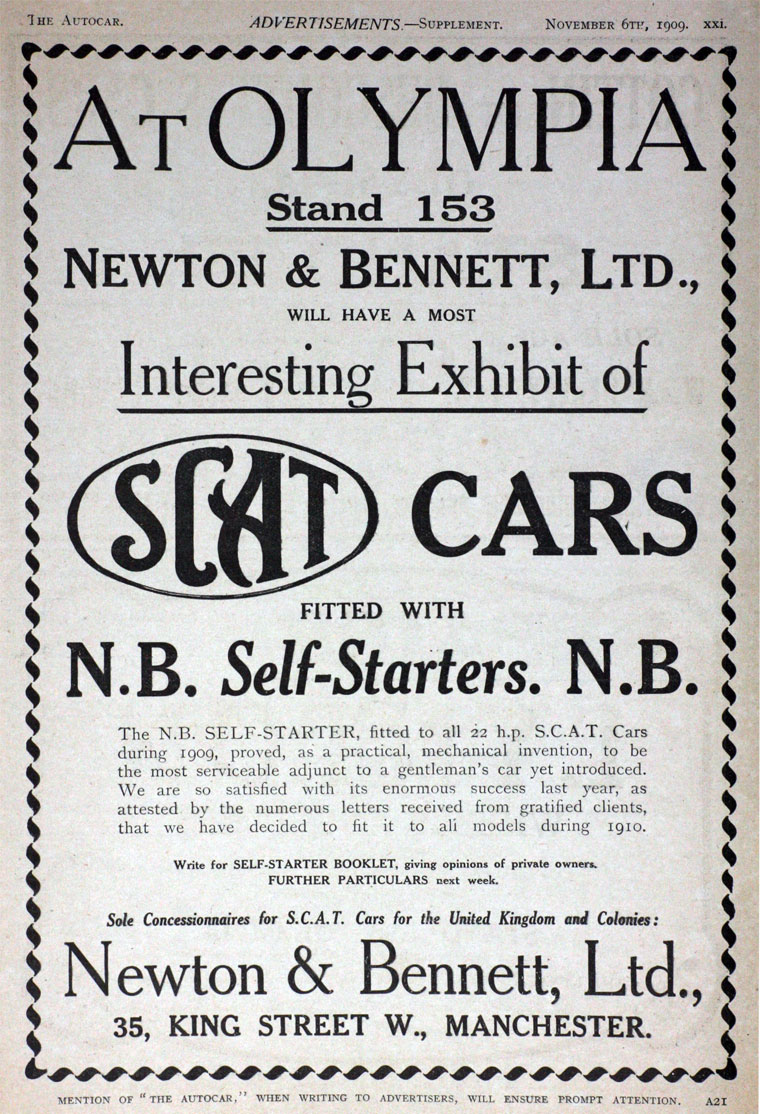 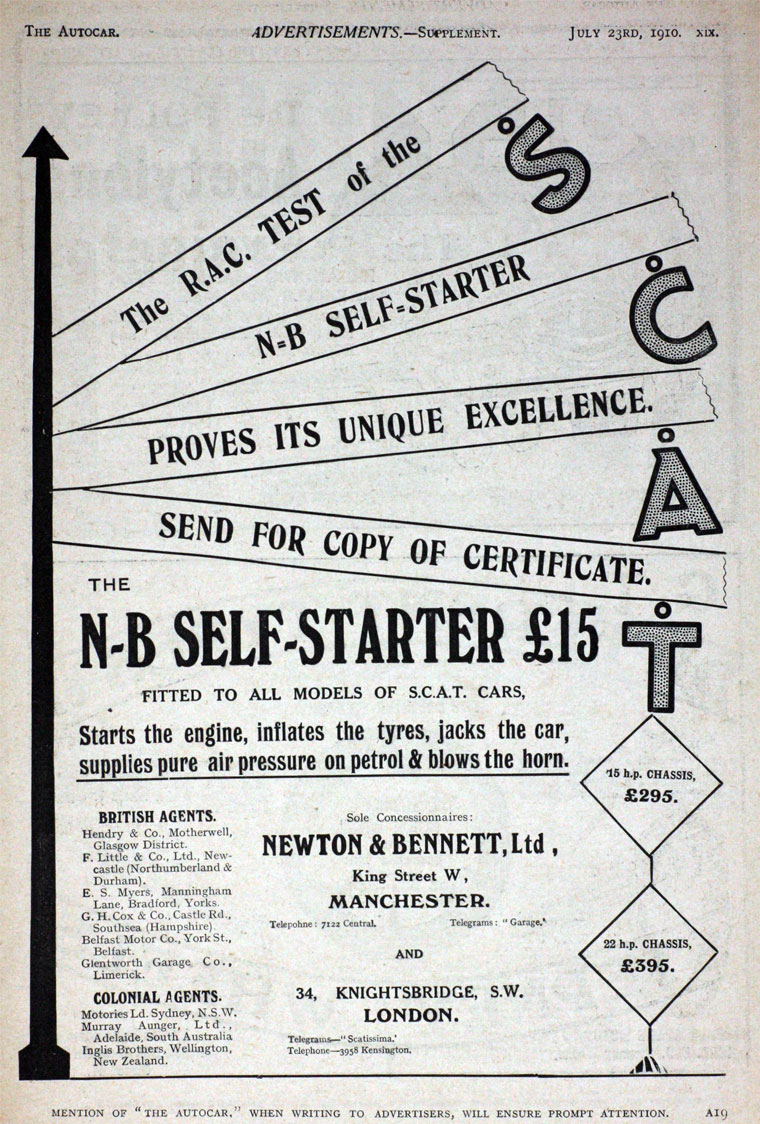 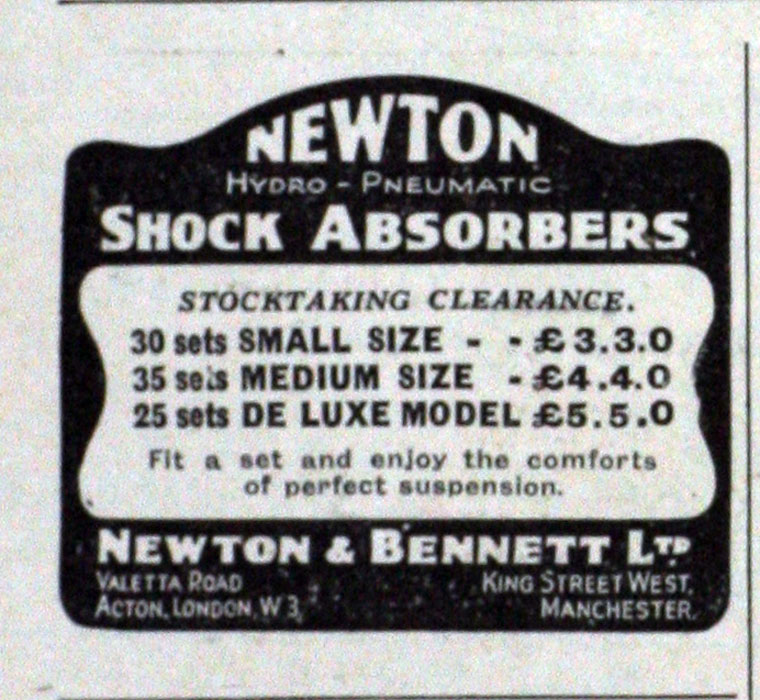 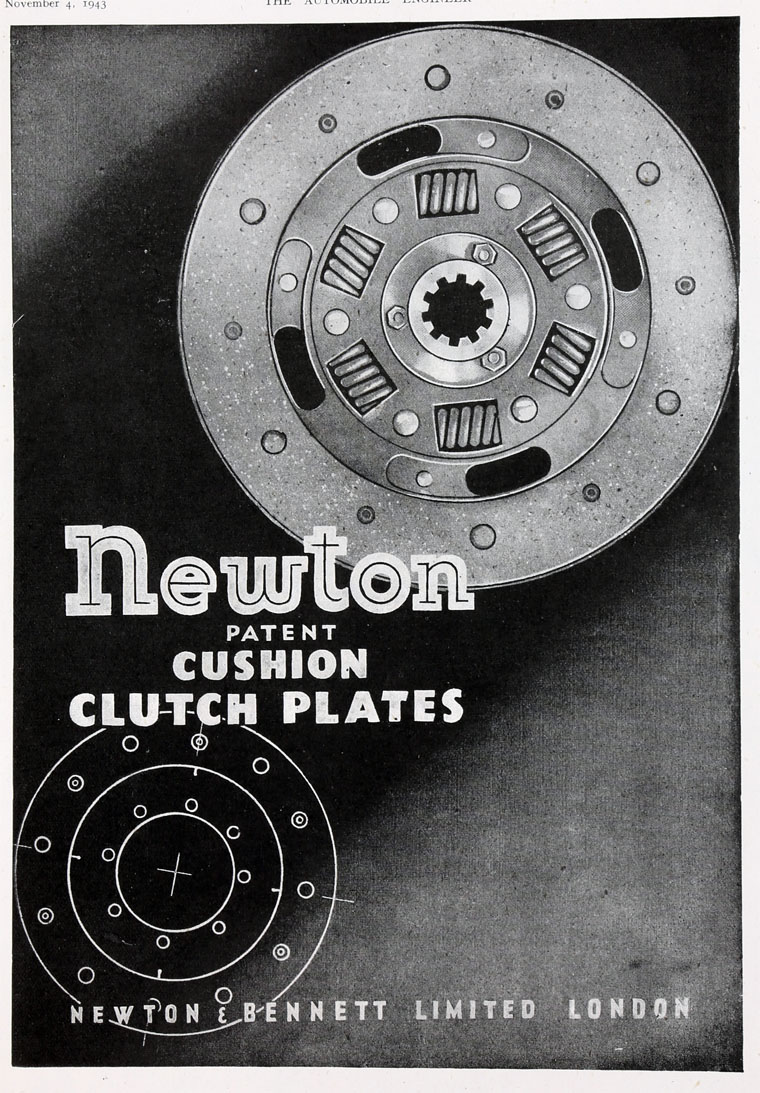 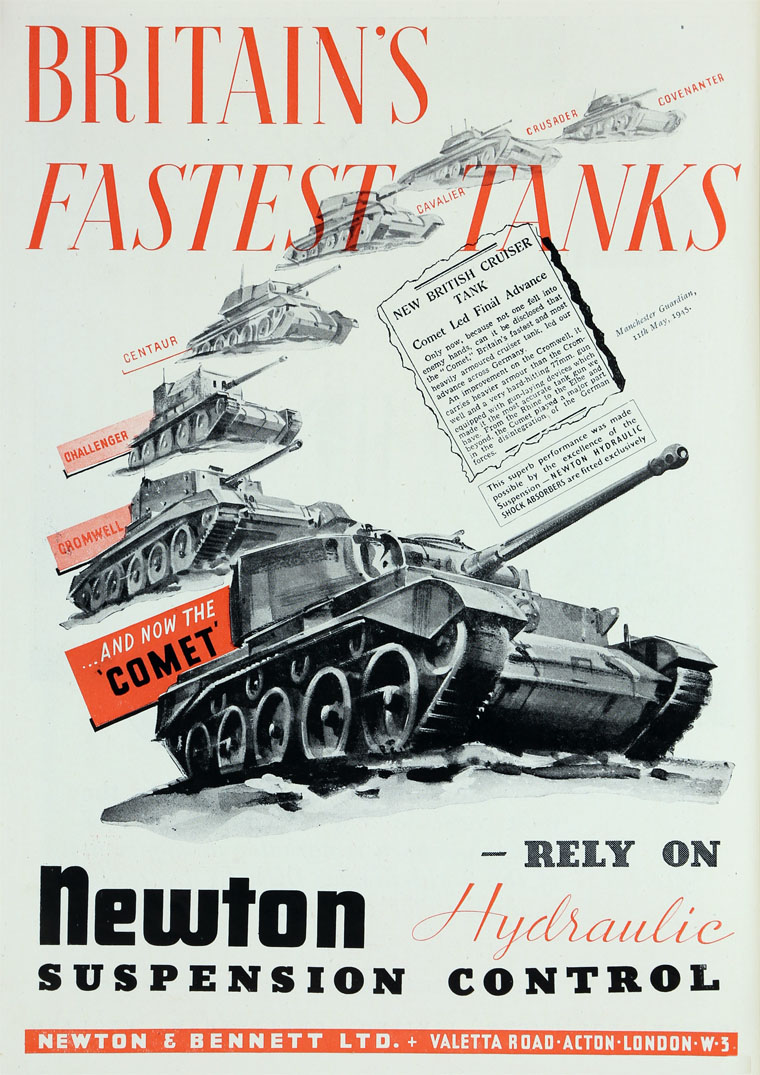 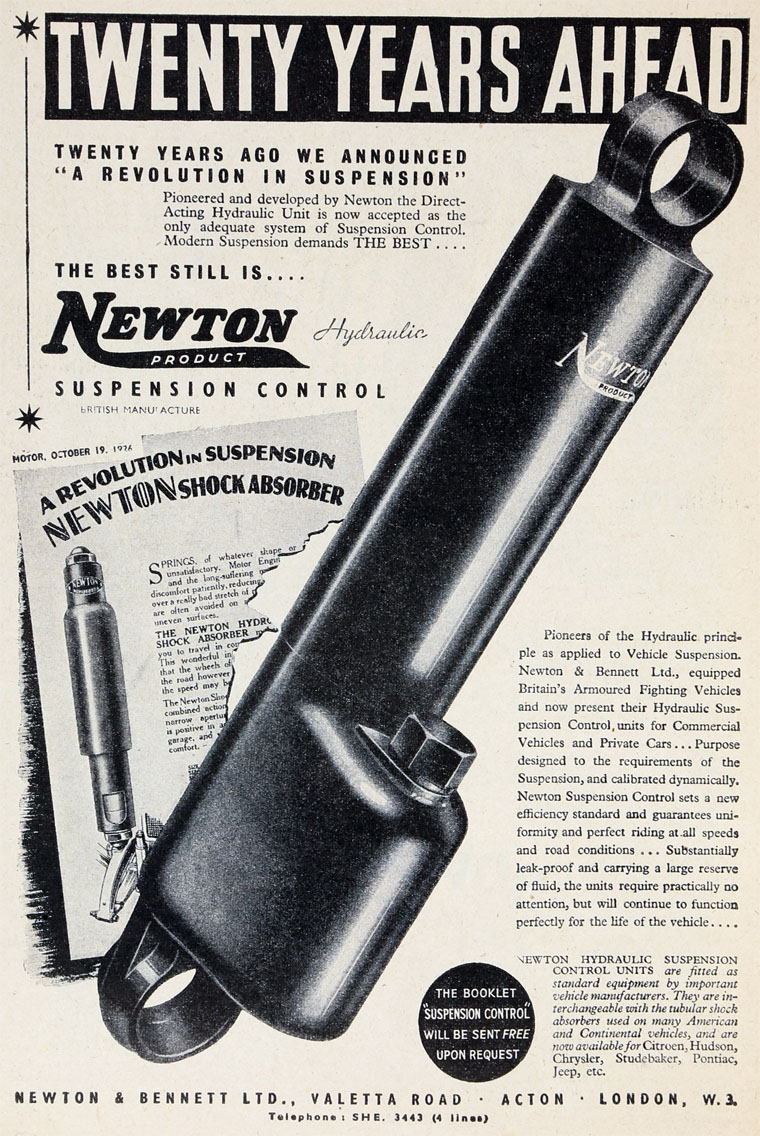 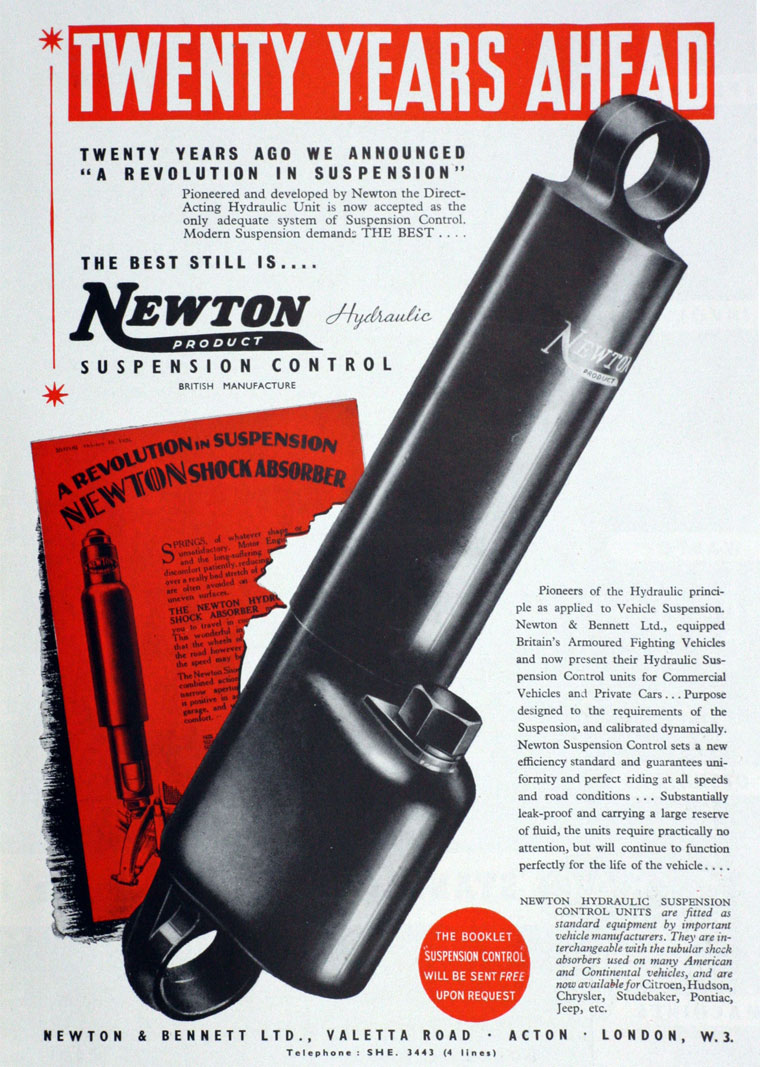 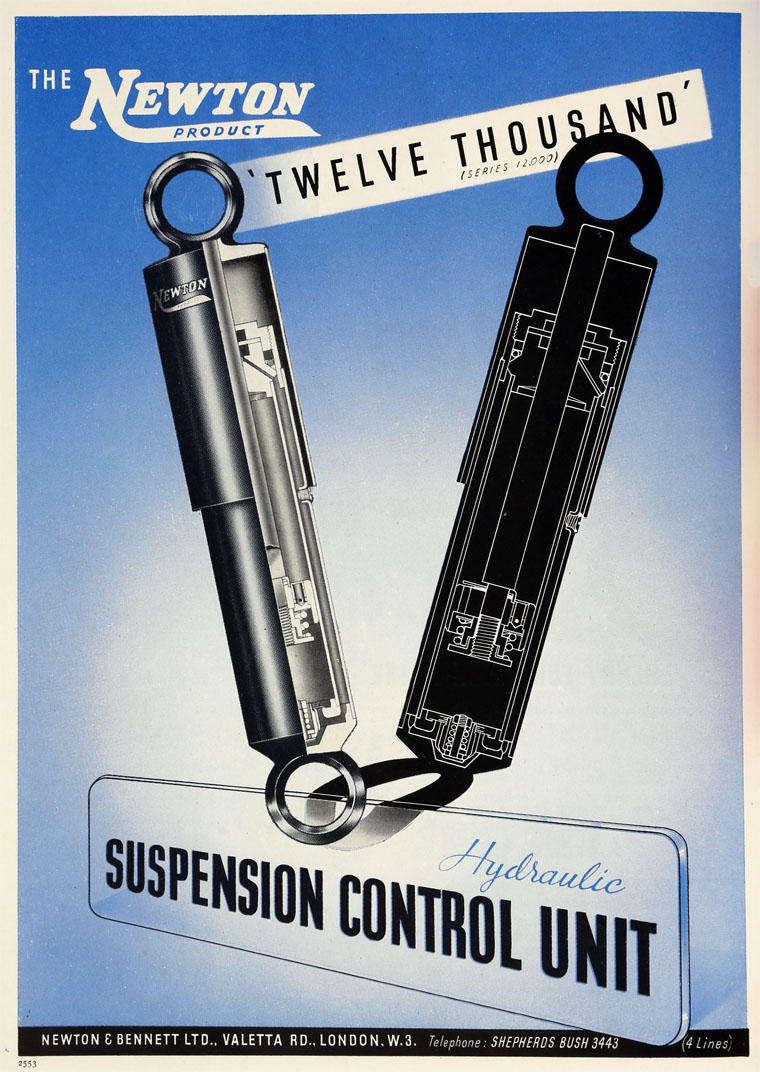 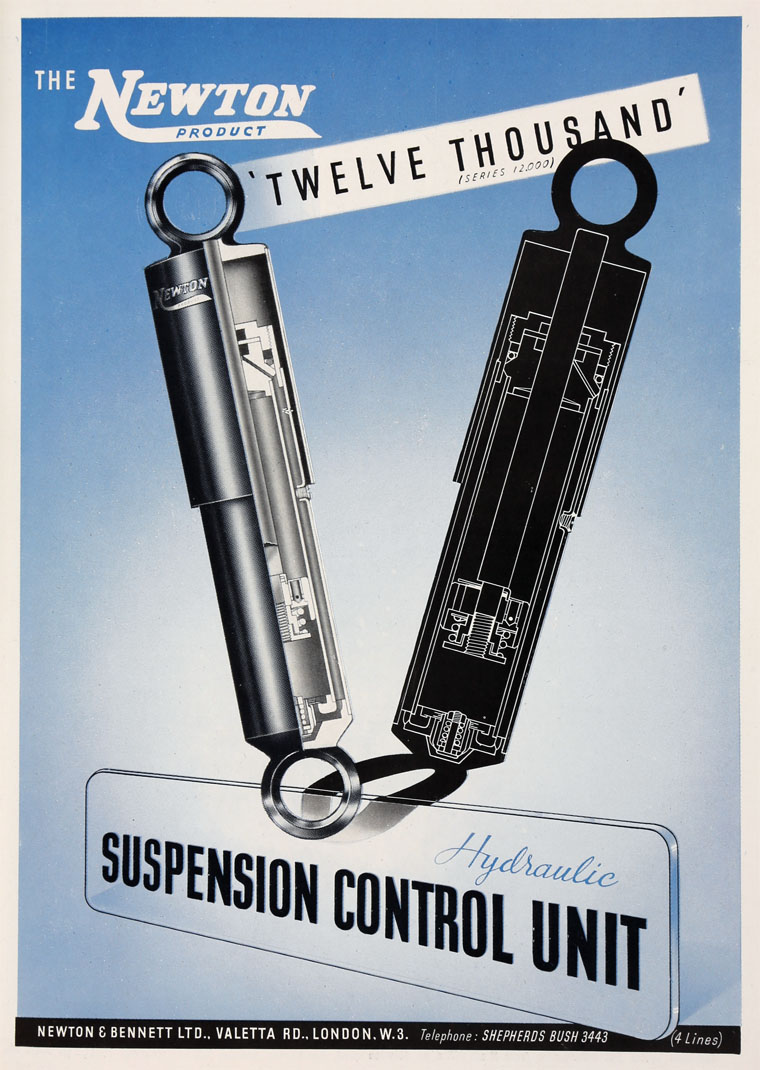 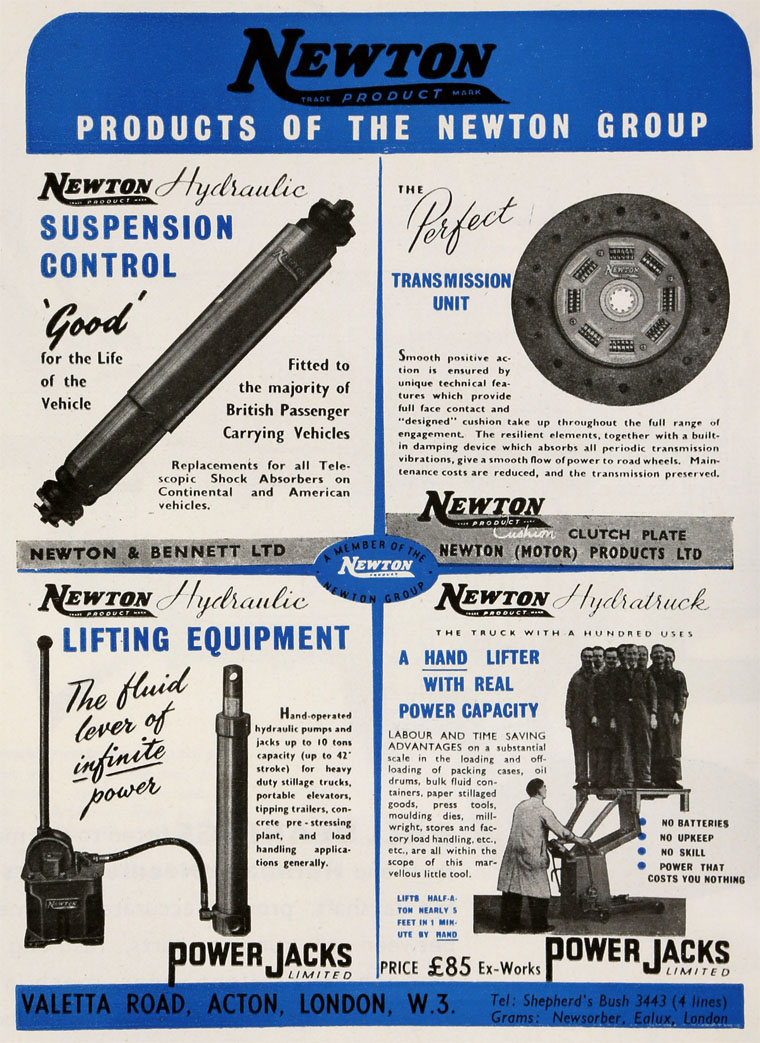 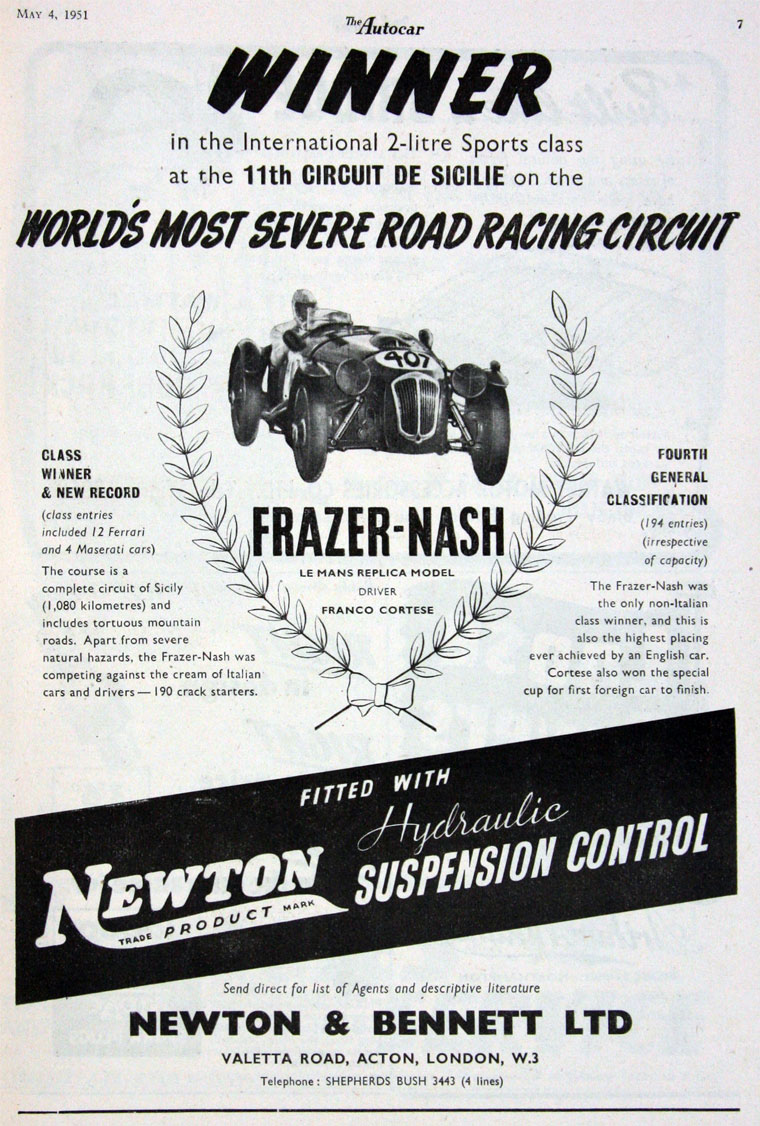 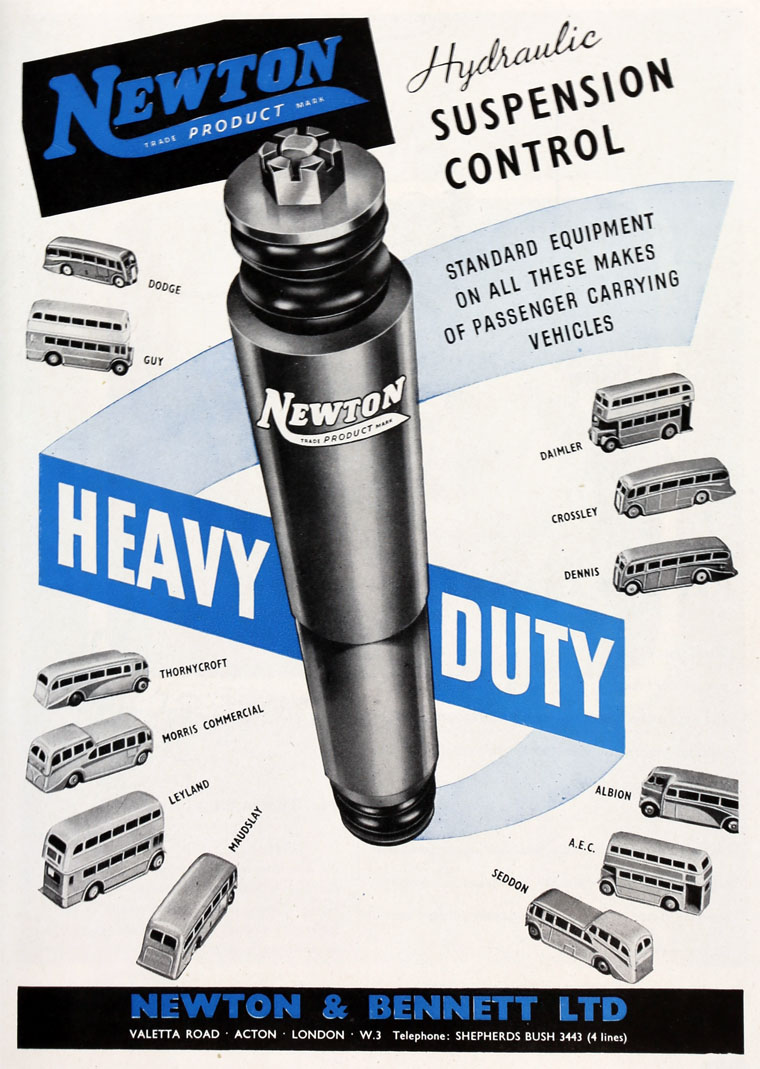 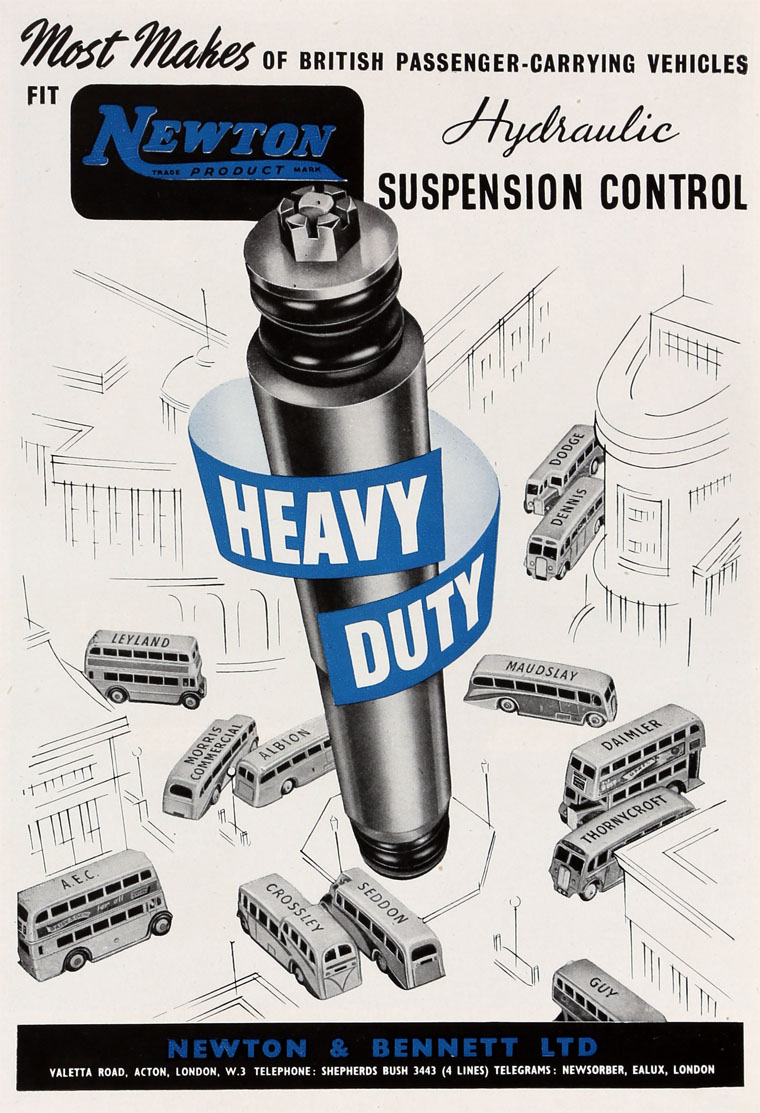 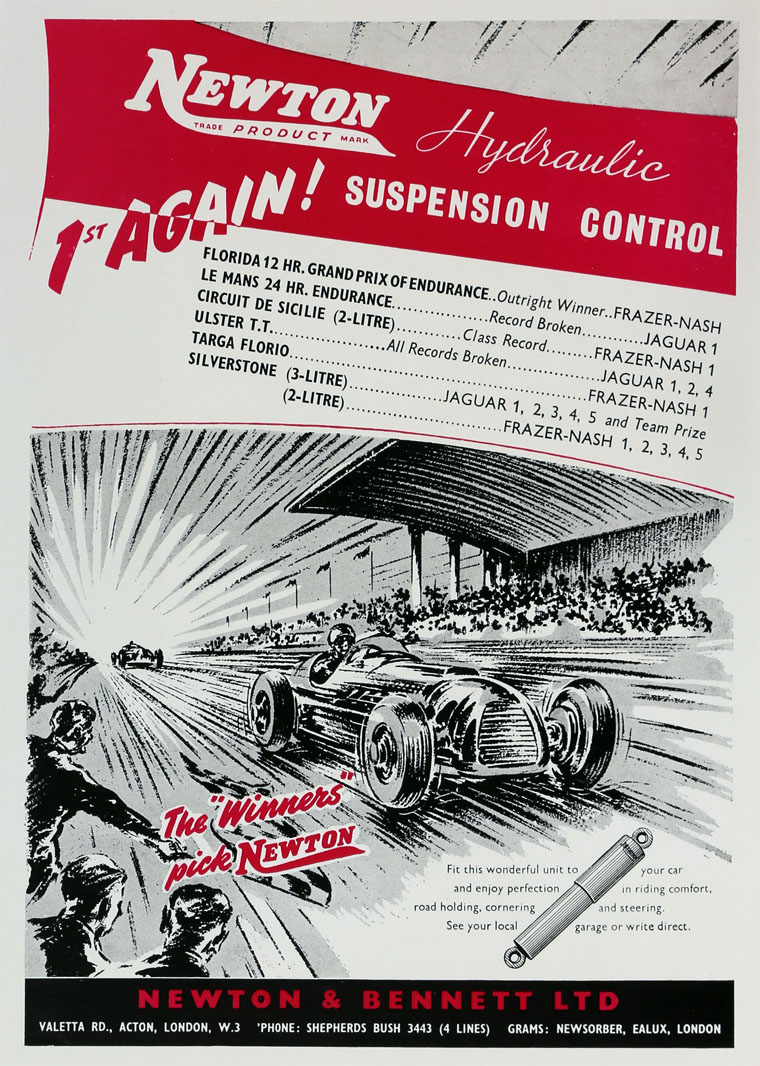 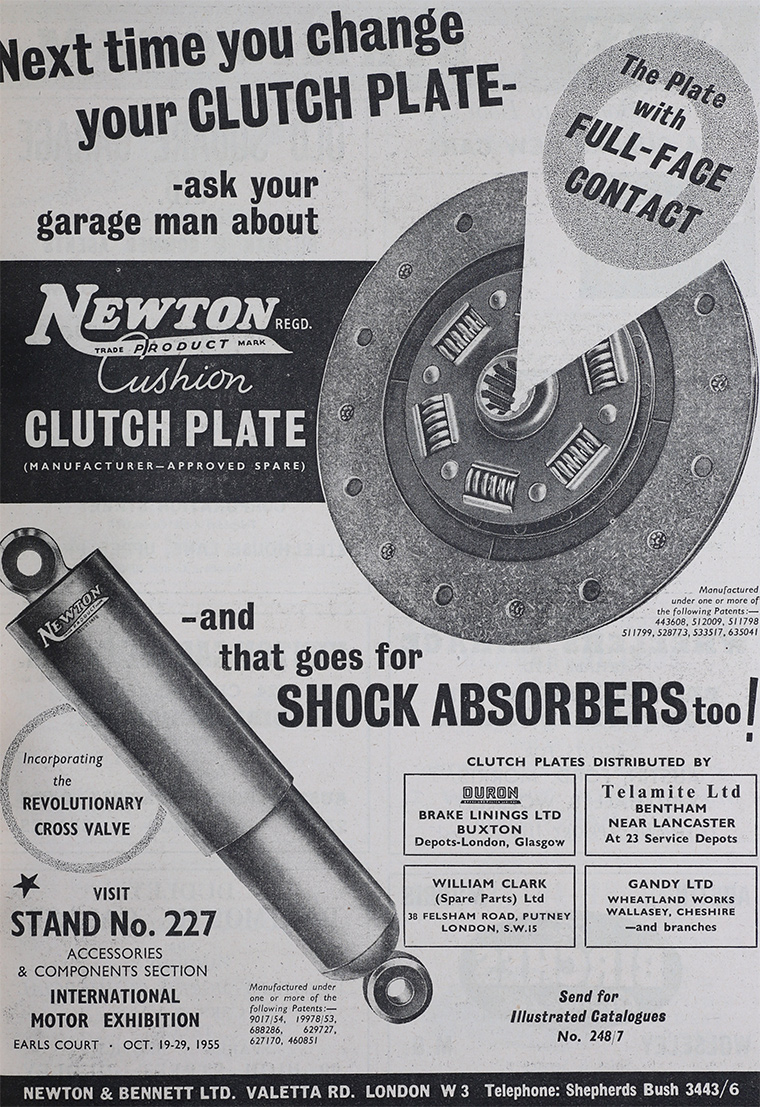 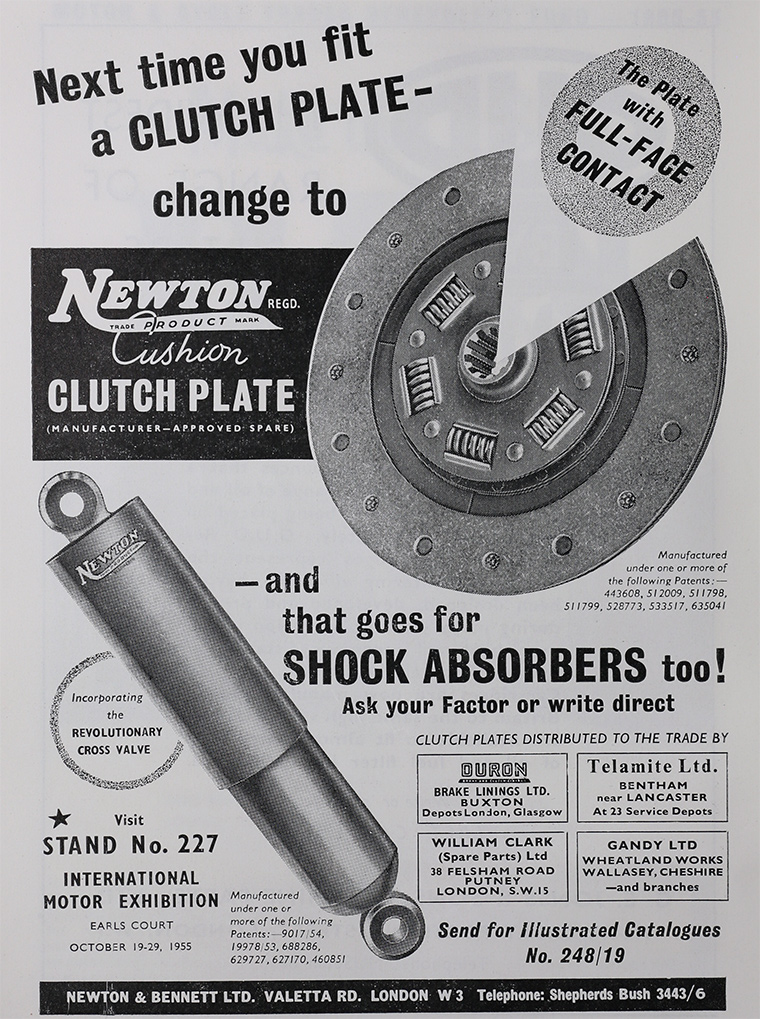 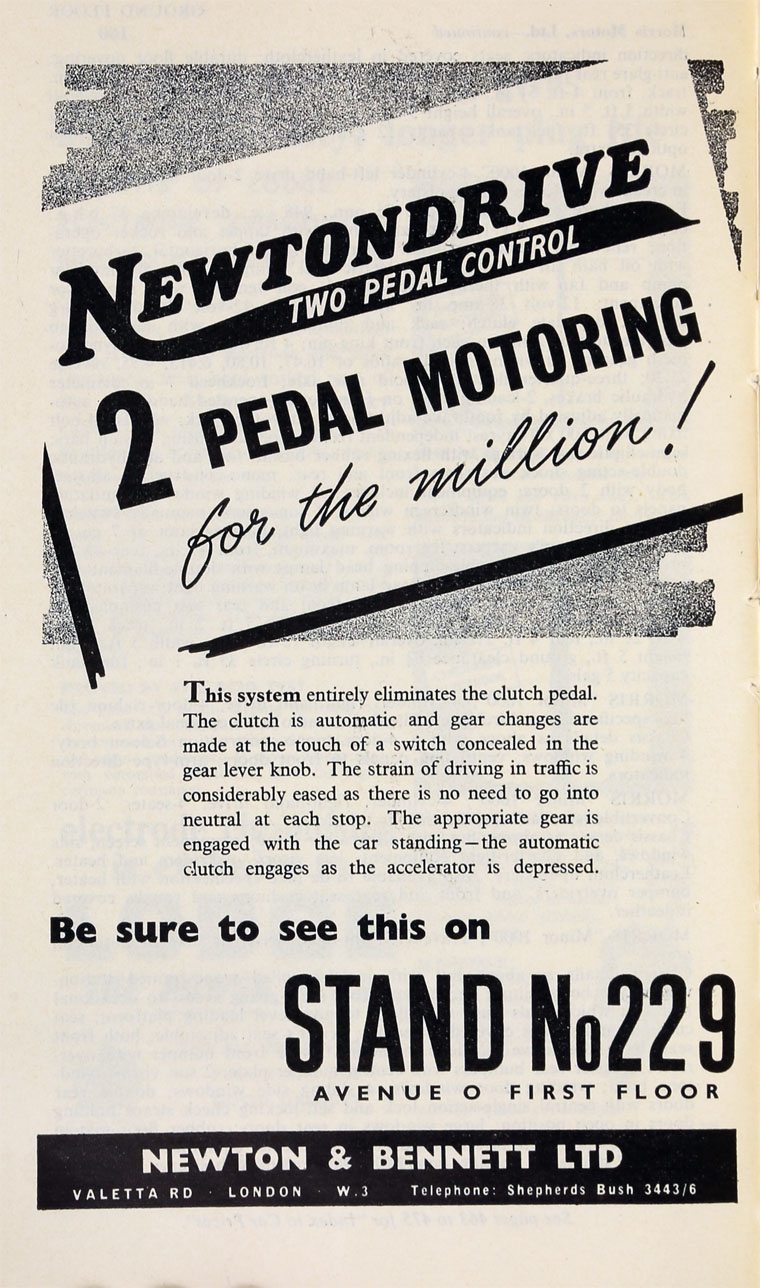 1899 Bennett and Carlisle was established

1900 Incorporated as a limited company

1914 November. The 12hp Newton car designed by Robert Owen Harper and previously known as the Newton-Bennett would be produced in works acquired by Mr. John Newton (managing director of Newton and Bennett,Ltd., Manchester and London) where additional plant had been installed; details of the car were described in the article [5]

1926 Manufactured the original telescopic shock absorber (The Newton Shock Absorber) designed by Noel Banner Newton. Many fighting vehicles were equipped with this type of suspension control; two other factories manufactured the apparatus.

By 1953 Newton and Bennett were described as Hydraulic Manufacturers for the Commercial and Motor Trade of Valetta Road, Acton, London, W.3.