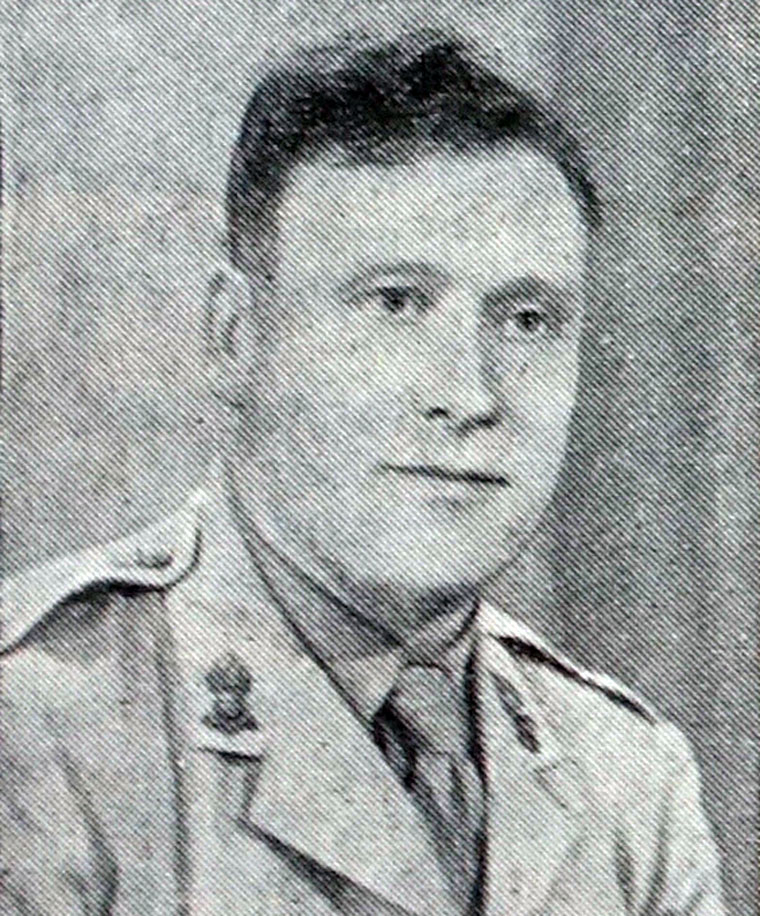 Lt.-Colonel NOEL WILLIAM COE. R.E., M.SC. TECH., was born on 6th December 1899 and died on 10th July 1944 in hospital at Leicester. His death will be deeply felt by friends in many parts of the country which he served so faithfully, and in Africa from which he had only recently returned.

Noel W. Coe left the Manchester Grammar School in 1918 to be apprenticed to Messrs. B. and S. Massey, Ltd., of Openshaw. He took at the same time a part-time day course at the Manchester College of Technology and passed the Associateship examination. In 1921 he entered the Faculty of Technology and graduated B.Sc. Tech., honours division, in 1924. During his college career he took a very active part in the social life of the college. He won hockey colours he was elected secretary of the Students' Union in 1922-3 and President in 1923-4. He was one of the three or four foundation members of the Manchester Technology Old Students' Association.

He had kept in touch with Messrs. B. and S. Massey, Ltd., whilst at college and returned to them in 1924 as assistant sales engineer. In 1926 he was appointed assistant lecturer in mechanical engineering at the College of Technology and took part in the research work carried out by the Steam Nozzles Research Committee of the Institution. In 1928 he gained the M.Sc. Tech. degree with a thesis on the "Efficiency of steam nozzles as affected by shape and steam temperatures". His wide interests and sense of social obligations led to his appointment in 1931 as adviser to Dominion and Colonial students. During these years he set out to equip himself with a military training; successively he was second-lieutenant, captain, and later major in the Royal Engineers Special Reserve, and from 1928 commanded a company.

In 1930 he was appointed Tutor at Hulme Hall and two years later he was appointed lecturer in mechanical engineering in the University of Manchester. His ability resulted in his appointment in 1936 as head of the engineering department of the Technical College at Cardiff. Major Coe, who became a Graduate of the Institution in 1924 and was elected an Associate Member in 1926, was Hon. Secretary of the North Western Branch in 1930 and 1931 and served on the North Western Branch Committee in 1932. On his move to Cardiff in 1936 he became a Member of the Institution, and in 1939 he took up the Joint Hon. Secretaryship of the South Wales Branch in succession to Mr. Loveridge, his predecessor at the Technical College.

In July 1939 he was given command as Major of a field company in the Territorial Division. An appointment as C.R.E. of a group of West African works companies with the rank of lieutenant-colonel took him to Nigeria, and was followed by his selection as principal staff officer to the Chief Engineer at G.H.Q. As a result of staff reduction, after the North African landings, he was appointed Chief Engineer at G.H.Q. with the rank of colonel.

On the completion of an 18—months' tour he returned to England, and after a period of well-earned rest, received a Home Forces appointment. It was whilst holding this appointment that he was taken ill and died. His commanding officer writes: "Coe was a good soldier; a fully qualified engineer, and an efficient organizer. His death is a great loss to the Corps of Royal Engineers and will be deeply felt by all his brother officers who served with him and who knew his courtesy and charm".