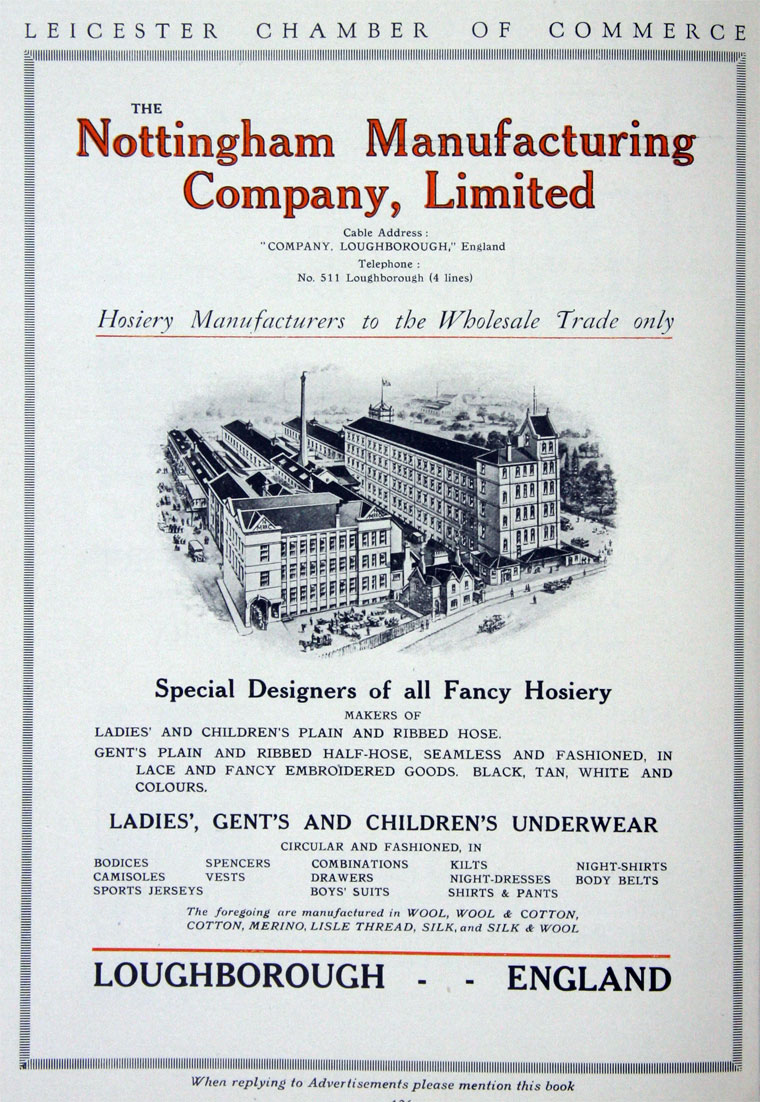 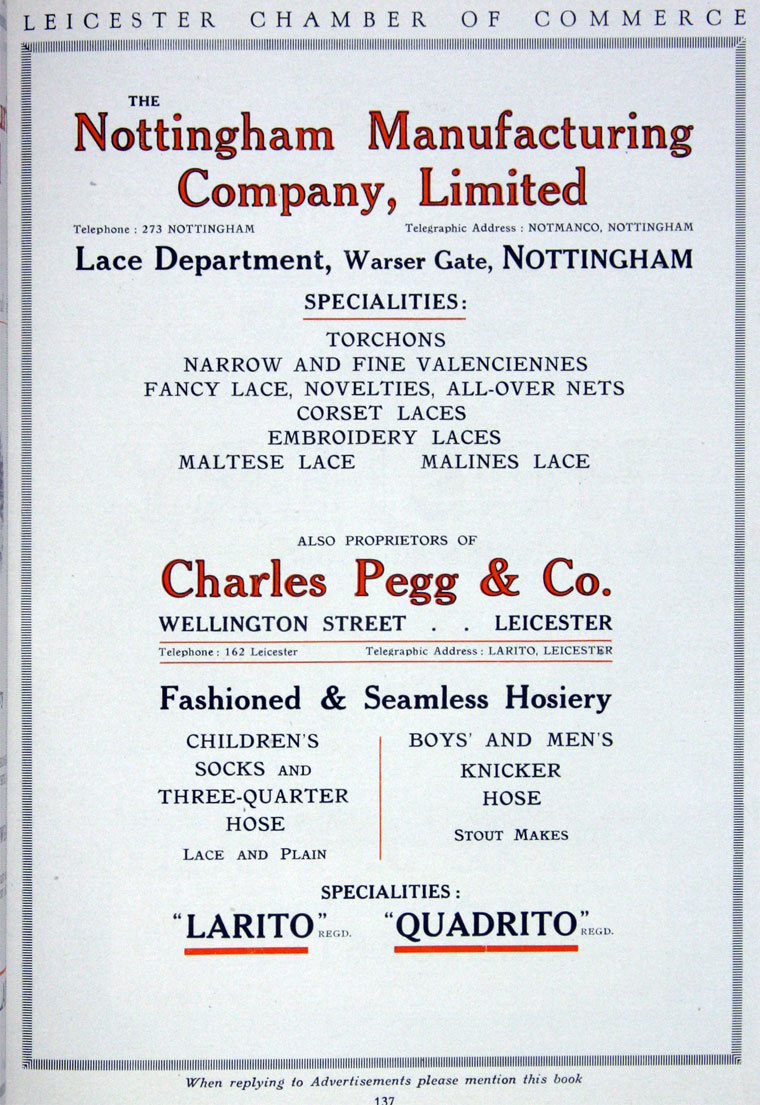 1805 Founded; one of the first joint stock companies in England

1903 The company was registered on 11 June, in reconstruction of a company of the same name. [1]

1935 Messrs Djanogly set up a stocking factory in Mansfield. (At some point perhas there was a merger with the older company)