Grace's Guide is the leading source of historical information on industry and manufacturing in Britain. This web publication contains 147,364 pages of information and 233,518 images on early companies, their products and the people who designed and built them. 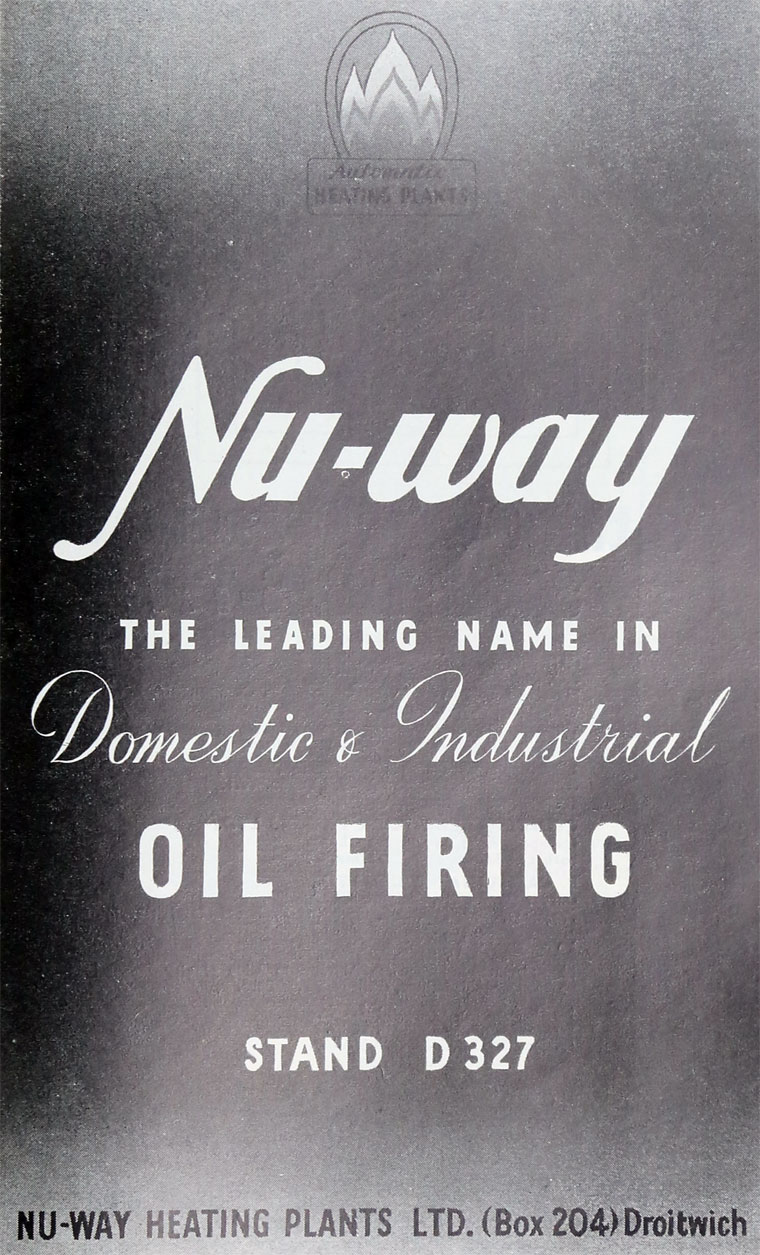 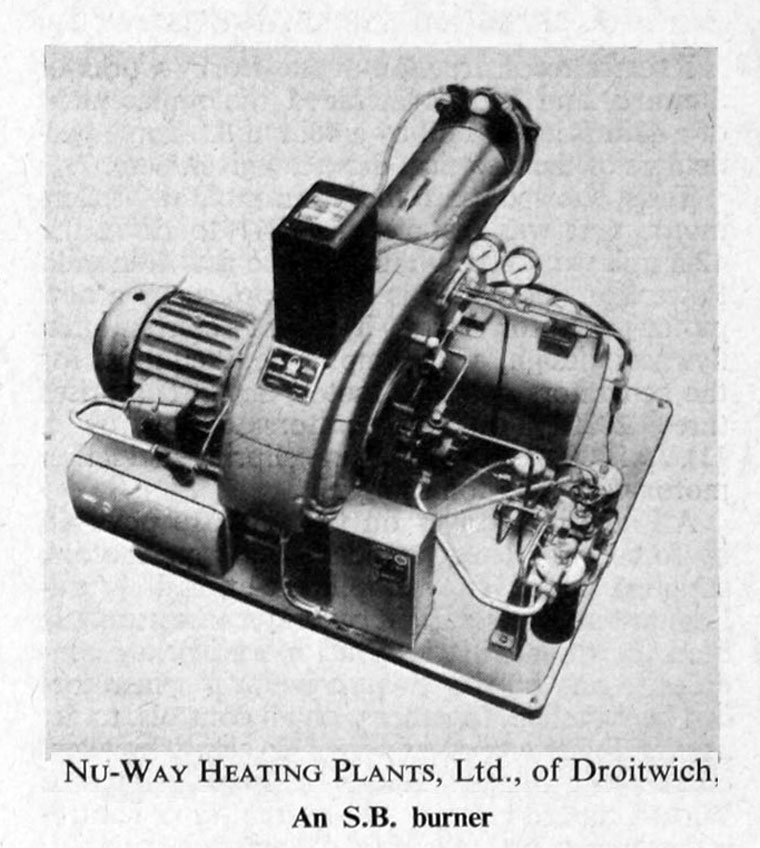 1935 That company was renamed Nu-way Heating Plants Limited - to reflect the manufacture and sales of equipment other than oil burners.

Because of common usage over the years, the company became known (and registered) as Nu-way Limited.

1959 Oil Burner Components Limited was founded by Nu-way, as a national spares organisation. Out of that grew O.B.C. Limited

1960 Nu-way Heating was acquired by the Wolseley plc group of companies, becoming a mainstay of the group.

1993 Nu-way became a member of the largest burner group in the world, following the acquisition of the Enertech Group of companies by Wolseley Hughes. Wolseley Centers Limited was the major distributor of plumbing and central heating equipment in the UK and with associate companies throughout Europe and America.