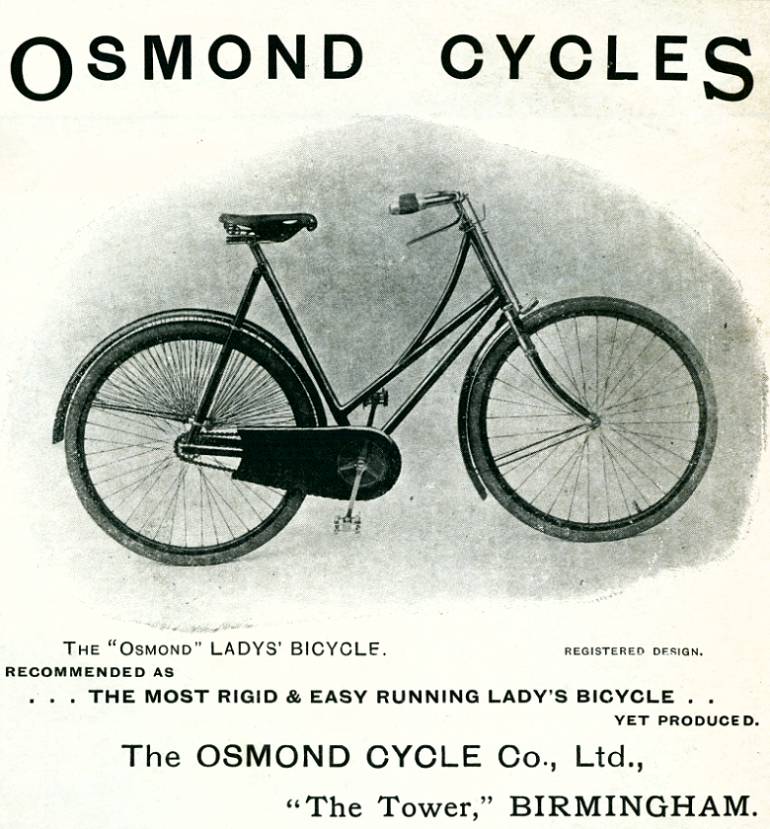 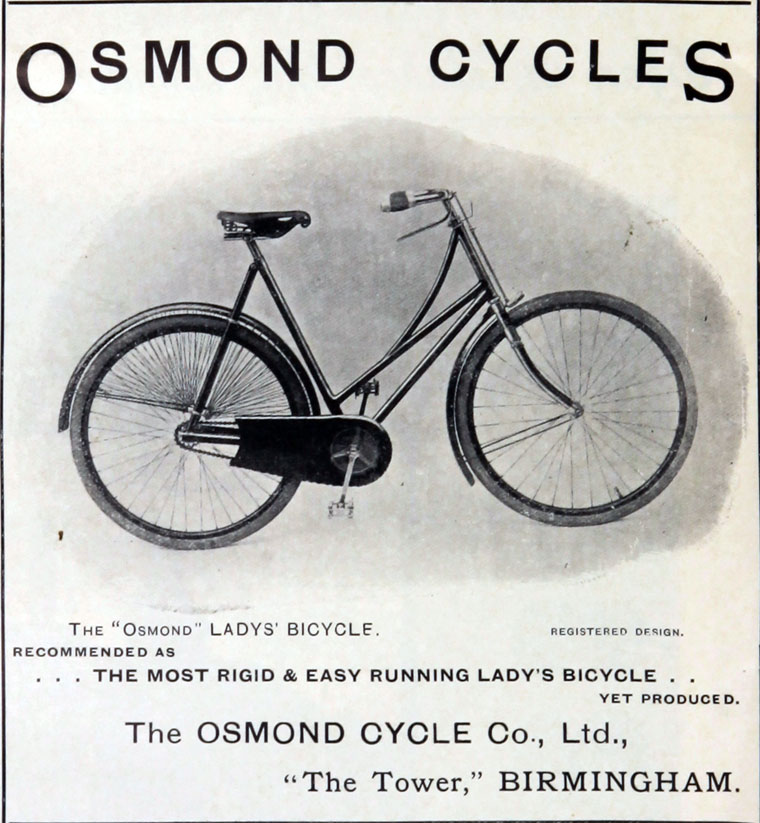 of 'The Tower', Tower Works, Bagot Street, and then of Sparkbrook, Birmingnham.

1897 Advert on this page for Ladys' Bicycle from the Osmond Cycle Co.

1902 In November, the company advertised their Slip-Not motor bicycle, and compared it with their standard Manumotive cycle. They exhibited at the Stanley show that month but gave few details on the machine's specification or engine. It would probably have been a Minerva.

1903 Osmonds Ltd was registered on 31 July, to acquire the undertaking of a company of similar title. [4]

1903 EGM. Andrew Beattie J.P. is Chairman. Company losing money and major problems. Mention of F. J. Osmond who retired in 1900. W. B. Stanley is a director. Four directors are Irish. Large number of investors from Dublin.[5][6]

Nothing further was heard of the company's motorcycle for a decade.

1911 Late that year the name returned at the Olympia show when the company was, by now, based at Sparkbrook. They exhibited two models with Precision engines, Bosch magnetos, either direct-belt drive or a Villiers hub gear, and Druid forks.

Once again, the make slipped from sight - until after the end of the First World War.

1923 They introduced a miniature with open frame and braced unsprung forks. It was fitted with a 104cc two-stroke Simplex engine, with chain drive to a countershaft and then belt to the rear wheel.

1924 That single-speed machine, suitable for male or female use, became the Junior, and a new, lightweight motorcycle, the Osmond Royal, was introduced. It had a 249cc two-stroke engine, Druid sprung forks and two-speed chain-cum-belt drive.

1925 Only the Royal was listed that year, after which the company left the market.