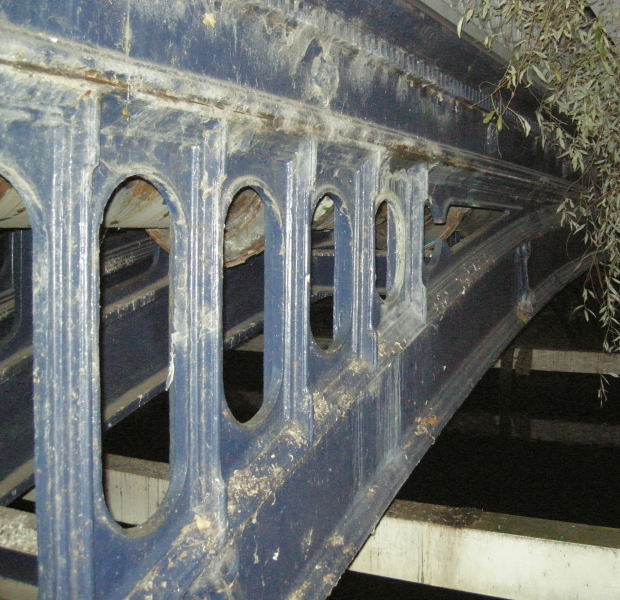 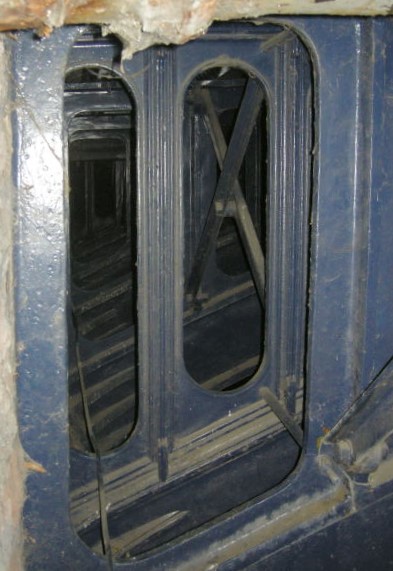 This is a cast iron road bridge across the River Thames in Oxford, built in 1888 to replace a masonry bridge destroyed three years earlier by floods. Some of the stone was re-used for the abutments of the new bridge.

It is quite a late example of a cast iron arch bridge. Each of the six ribs is assembled from three castings, bolted together at planed joints. Steel was used for the transverse bracing.

For more information, see 'The Engineer'[1]