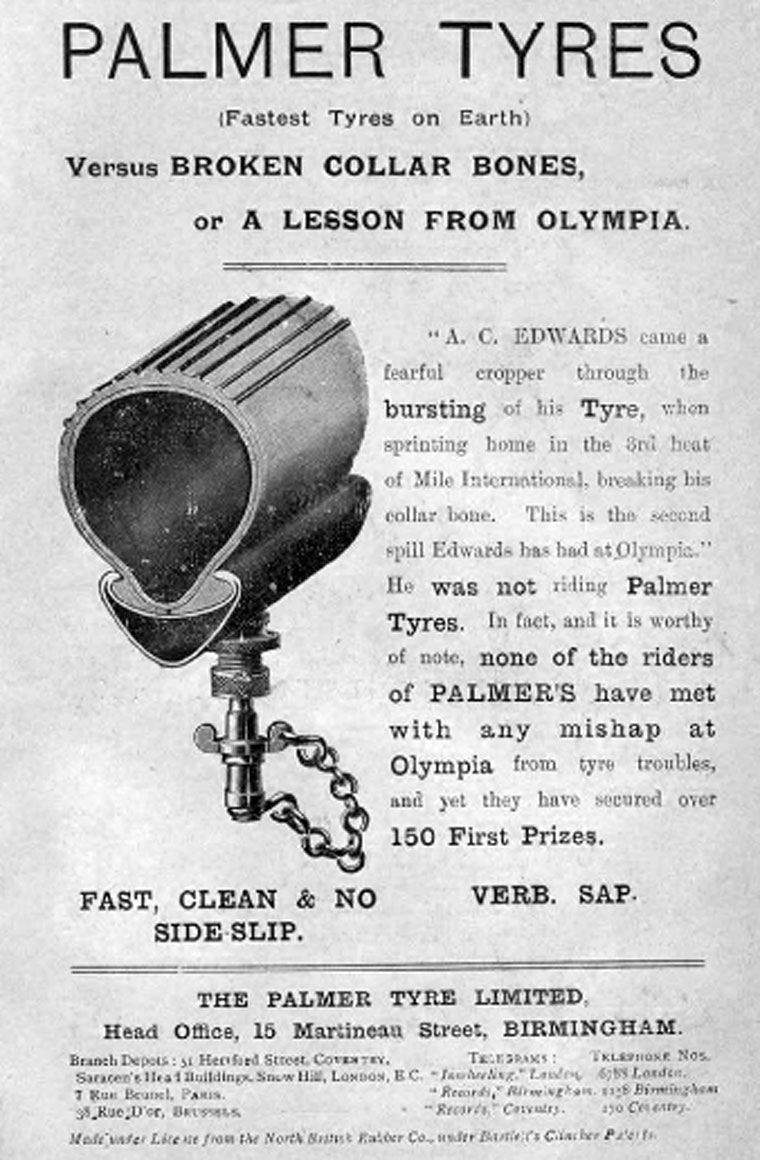 1933 British Goodrich Rubber Co acquired India Rubber, Gutta Percha and Telegraph Works Co including its selling subsidiary Palmer Tyre Co. Palmer tyres for motor vehicles, aircraft and cycles were then made by the parent which became British Tyre and Rubber Co and marketed by Palmer.