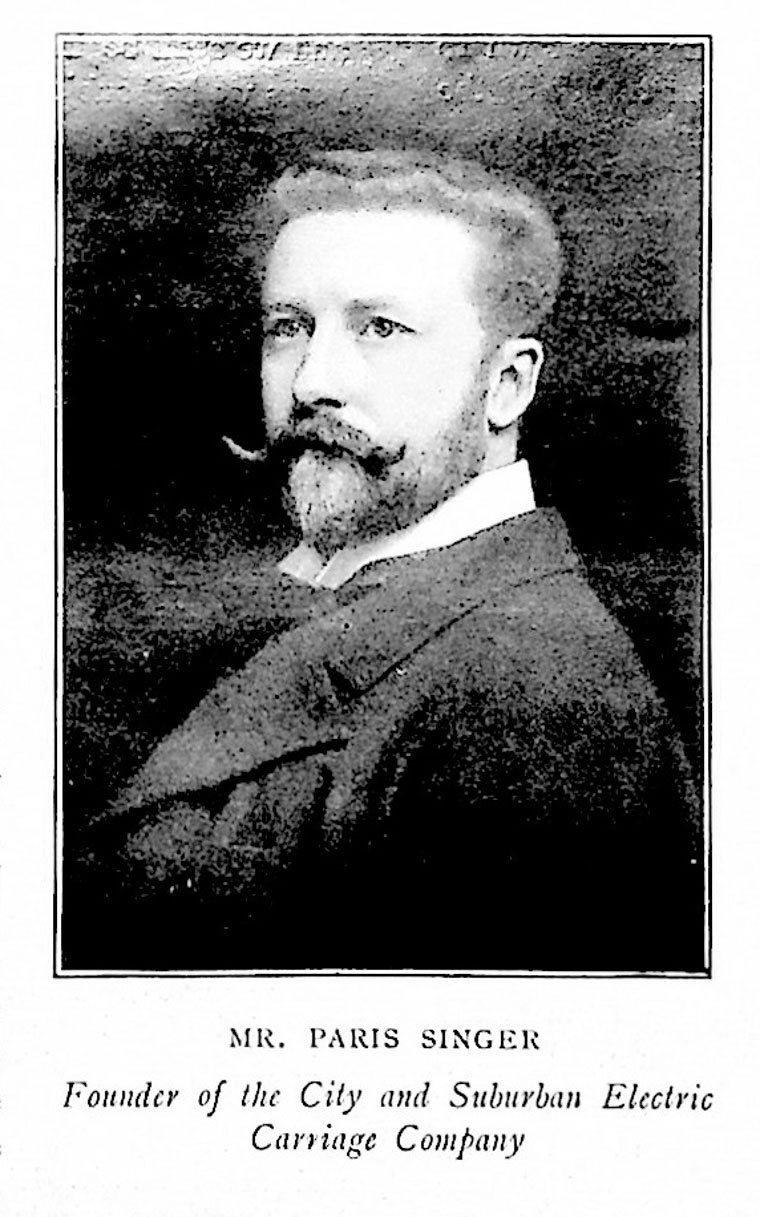 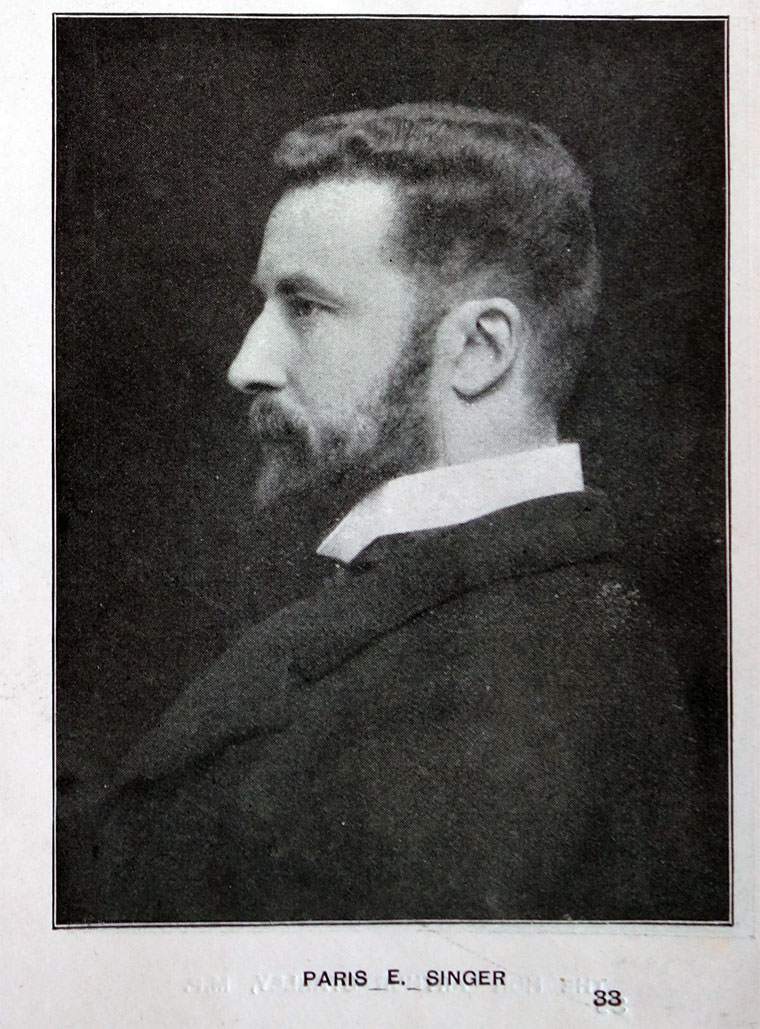 1867 Born in Paris, a US citizen, youngest son of Isaac Merritt Singer of sewing machine fame[1]

1896 Adapted a Dawson engine for a motor car

1900 Naturalised a British Subject; no occupation; married with 5 children[3]

The very first owner of a Rolls-Royce was Paris E. Singer who took delivery of a dark green vehicle.

1904 SINGER, Paris, Kensington Court, London, W.; Paignton, South Devon. Is head of the City and Suburban Electric Carriage Company. Is one of the most practical supporters of automobilism. Has been a generous friend to the A.C.G.B. & I. in guaranteeing the rent of the premises at 119, Piccadilly. Whenever a fund has been opened, Mr. Singer has contributed to it. Club: A.C.G.B. & I. [4]

1910 Lived at Oldway, Paignton, Devon which he was remodeling extensively in the French style[6]

SINGER, PARIS.- Born in 1867, and educated at Caius College, Cambridge, and in France, Mr. Paris Singer is by profession an electrical engineer and architect. His principal pursuits and amusements are landscape gardening, architecture, and music. His motoring experiences date back as far as 1885, and he has owned Daimlers, Panhard-Levassor, Delahaye, Columbia, De Dion and many other cars. He drives at present a Napier and a City and Suburban car. Mr. Paris Singer has been a member of the Club since the start, and has taken a very active and practical interest in its welfare, the many donations he has made from time to time to the various funds being a testimony hereto. Amongst his recent recognitions to the useful work of the Club is his contribution which enabled the second Blue-boa to be printed and distributed.