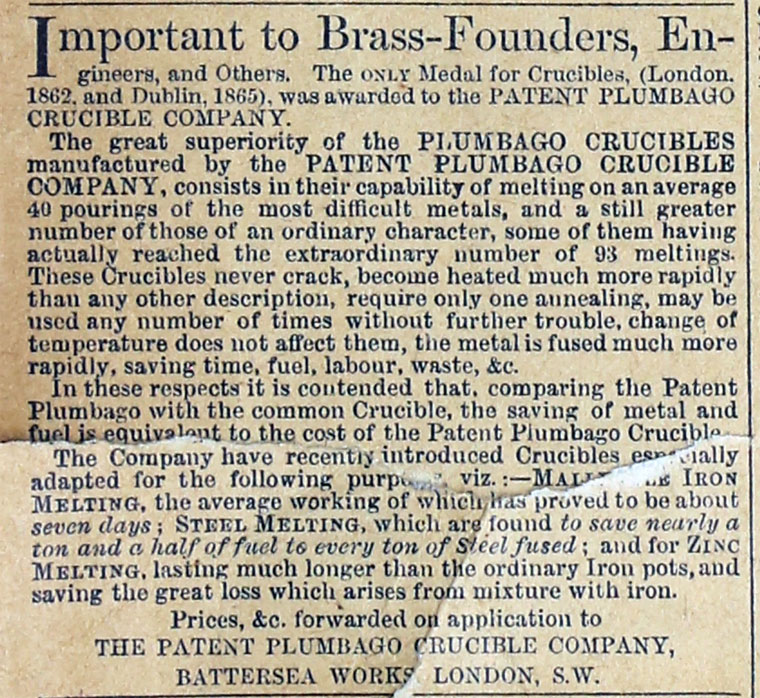 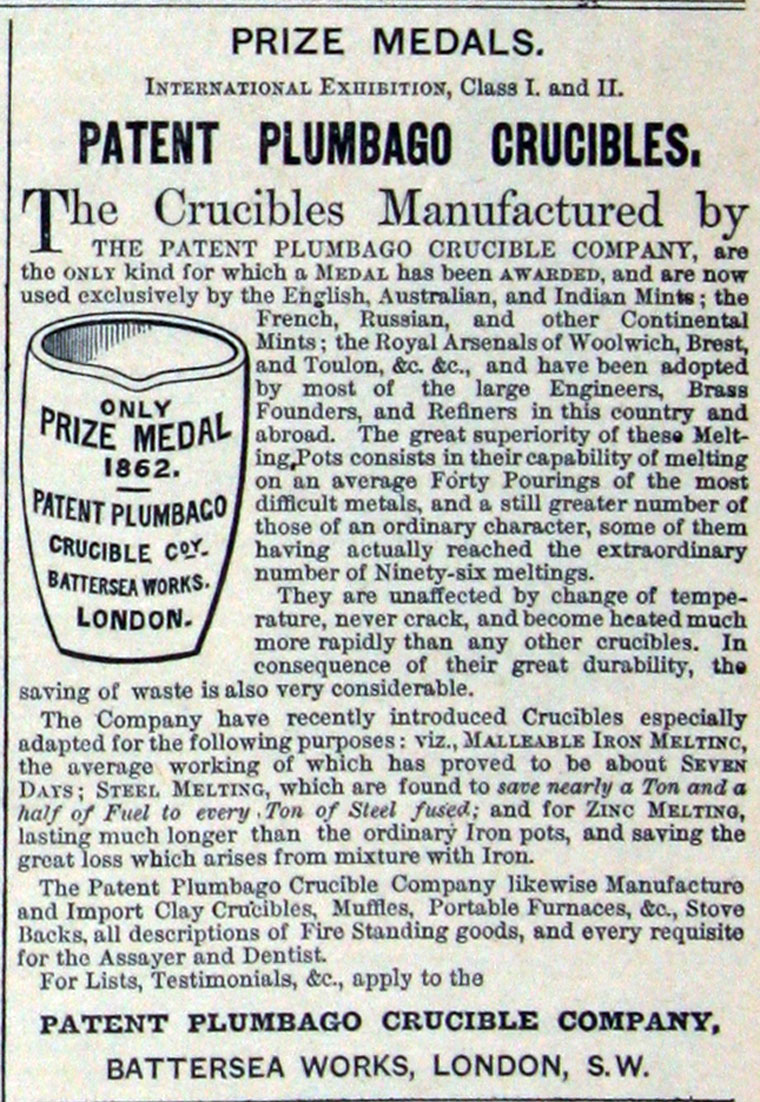 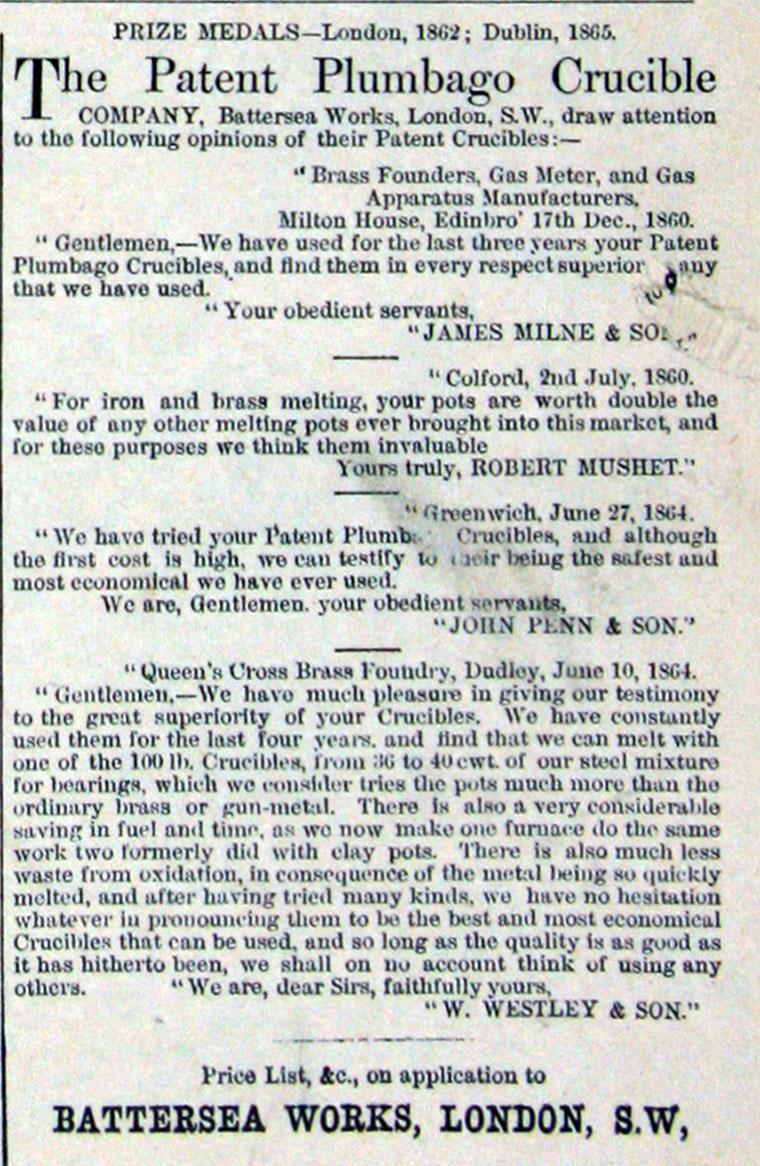 1851 After seeing American-made crucibles at the Great Exhibition, the Morgan Brothers became sole agents for crucibles from Joseph Dixon and Co, a New Jersey manufacturer of crucibles.

1856 The 6 Morgan brothers obtained the manufacturing rights for graphite crucibles from the American company, Joseph Dixon and Co, and a factory was opened in Battersea. The company was called the Patent Plumbago Crucible Co.

1881 The name of the company was changed to Morgan Crucible Co.