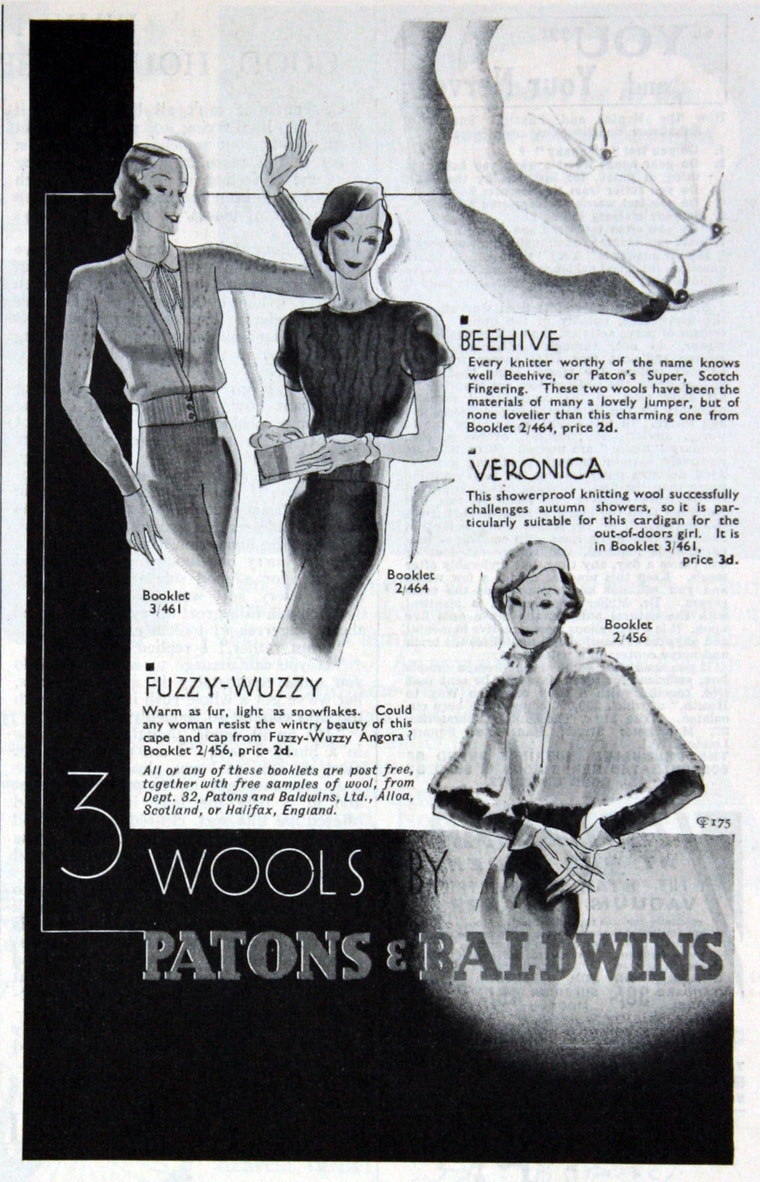 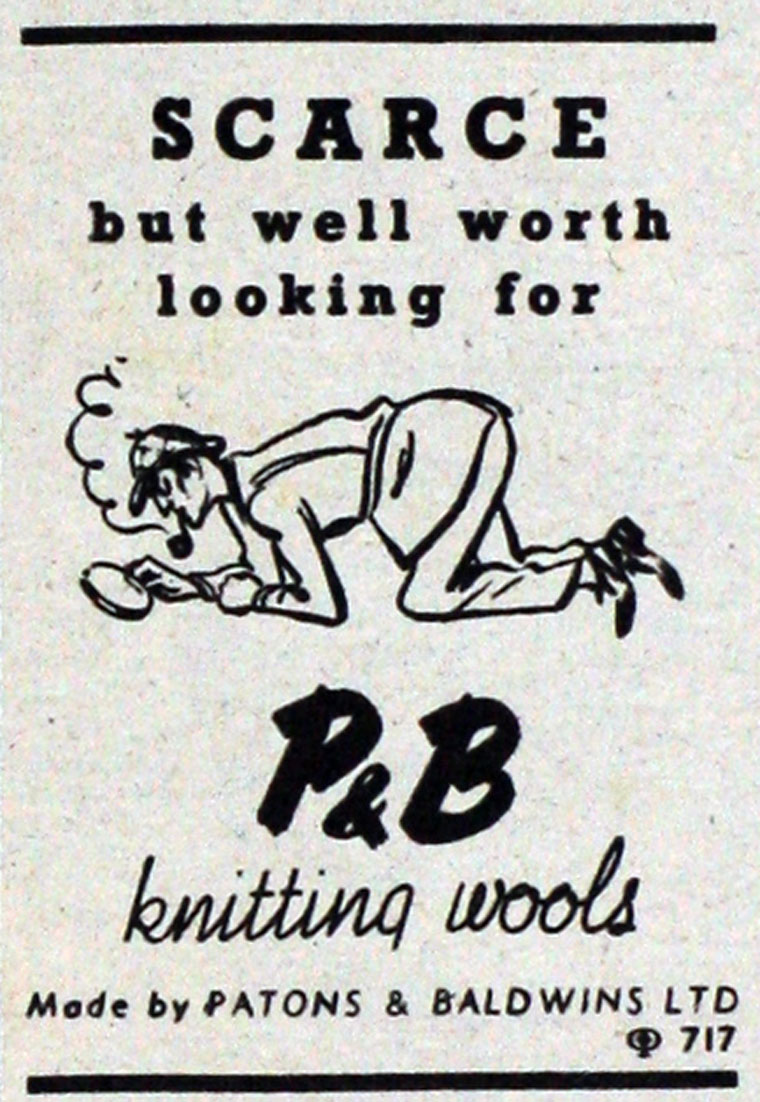 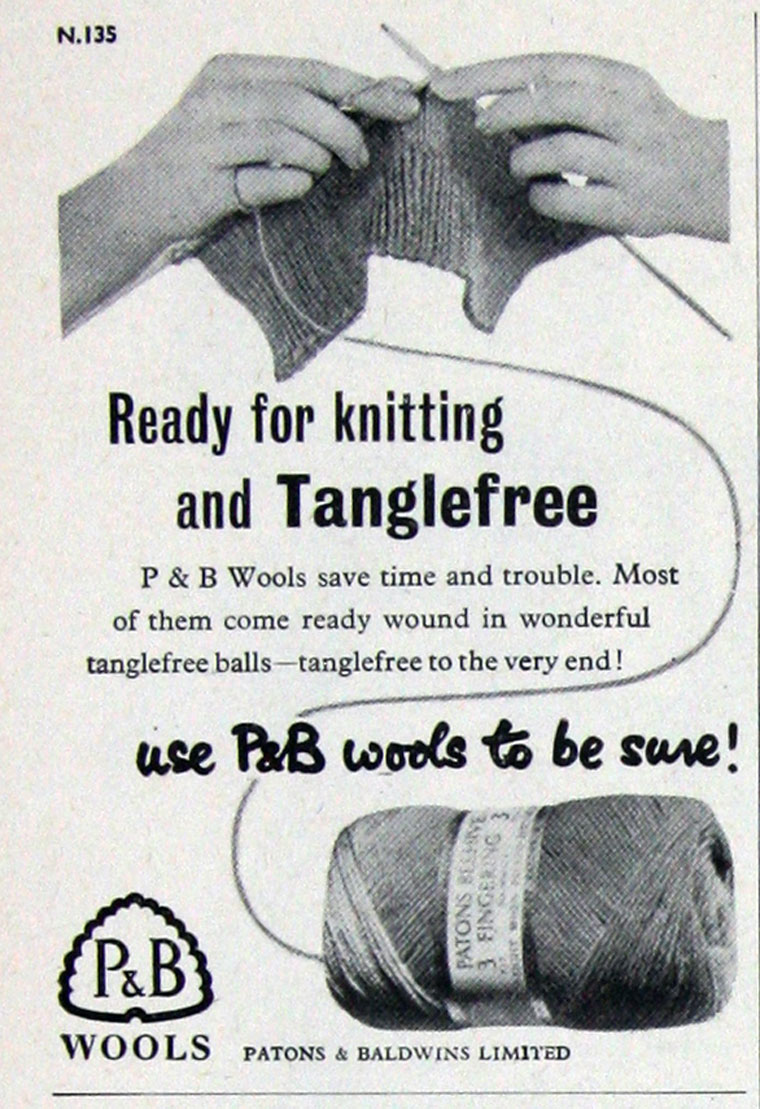 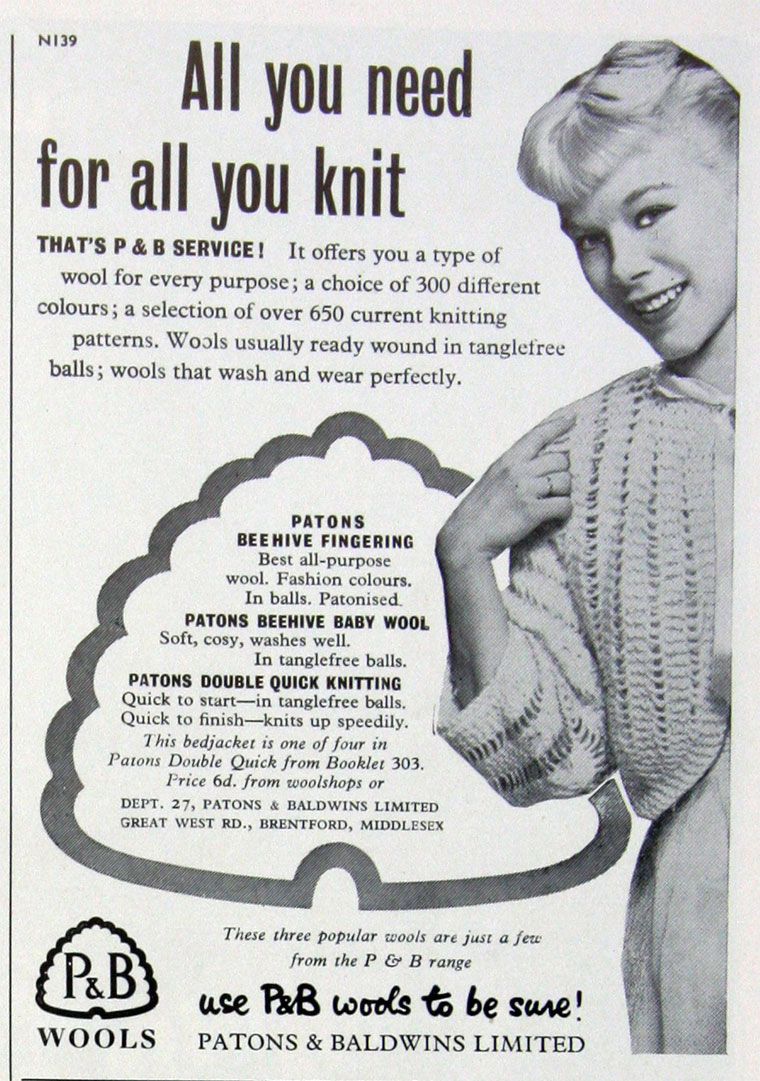 Makers of J. and J. Baldwins Wool and Paton's Yarns.

1920 The two companies, J. and J. Baldwin and Partners and John Paton, Son and Co merged, creating Patons and Baldwins [1]and diversified into producing wool for home knitters as well as publishing knitting patterns under the "Patons Rose" and "Baldwins Beehive" and trademarks.

1930s The company had establishments across Scotland and the North of England, including factories at Billingham and Jarrow and also in Canada and New Zealand

Darlington was chosen because a vast flat site of a type not available near its existing base in Halifax, was on offer along with post-war government grant aid. The intention was to 'concentrate into one great new factory' production from sites around the United Kingdom and allow space for expansion.

Planning had started in 1942, the scheme was announced in 1945, and building by John Laing and Son of Carlisle began early in 1946. The site of 140 acres, near Lingfield Lane and McMullen Road, incorporated forty acres of buildings with fifty acres of sports fields and gardens. Allowing for roads, there remained forty acres for further development.

Patons and Baldwins' £5 million Darlington factory was hailed as 'the most modern and largest single storey plant of its kind in the world' and was the first major post-war industrial development in the town. It operated on the 'flow line' principle of production. Wool came in from Australasia by rail and moved through giant sheds - average length a third of a mile, the largest covering thirteen and a half acres - in continuous flow. The finished product, packed and labelled, went out by rail. The factory, air conditioned and with each machine individually powered by electric motor, produced three types of yarn - for hand knitting, for weaving, and industrial yarns for machine knitting - in a wide variety of synthetic and natural fibres. No weaving or knitting took place on the site, although a design and publications department producing patterns for home knitters was an important part of the business.

Fourteen million bricks were used in the construction, the roof contained twelve and a half acres of glass, and there were two miles of roads and two and a half miles of railway track inside the factory area. A shunting engine ran on borrowed steam from the factory's boilers. The office corridor was 540 feet long and four canteens, separate for shop floor and staff, seated more than 2,000 workers. The company prided itself upon staff welfare facilities; as well as the sports fields and teams were a social centre with the Beehive Ballroom and 'Beehive Theatre Group' - taking their names from the company's brand name - annual flower shows, and a wine and beer club.

1947 Limited production started in December 1947 while building work was still under way. After the official opening, 35 women operatives began the manufacture of woollen yarn. At the factory's peak, there were 3,500 employees, with fifty contract buses bringing in workers from 20 miles around. Three quarters of the labour was female, a situation which the borough council had been anxious to encourage in view of the local postwar unemployment crisis for women workers.

1951 The headquarters of the business was relocated from Halifax, West Yorkshire to Darlington, where it is still located.

After Darlington became the company's headquarters, satellite plants were established elsewhere in the north east, notably at Spennymoor in 1966. These helped satisfy demand and also eased the recurring staff shortages in Darlington.

1999 The Kilncraigs Mill in Alloa closed in December.